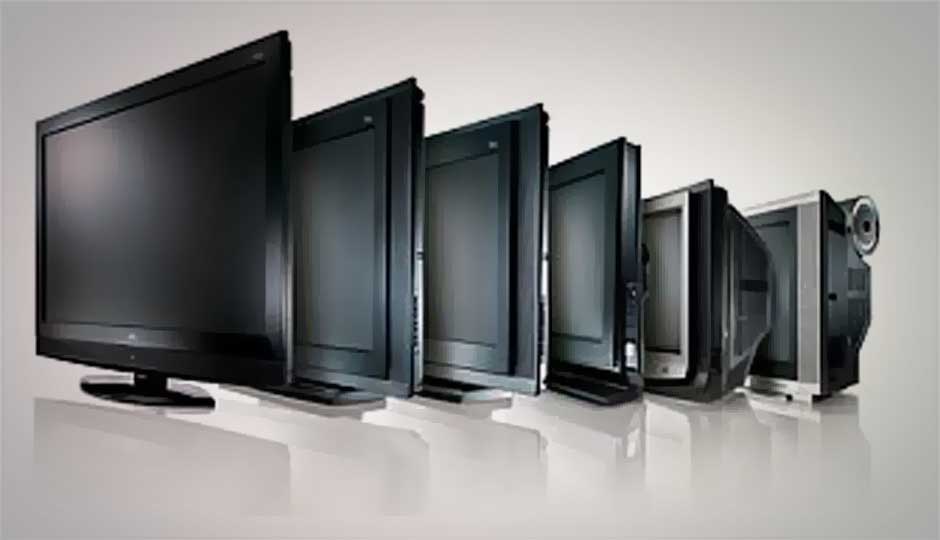 Hold on! 10 tips to consider before splashing the cash on an HDTV

How quickly time changes! As far as television tech is concerned, a year is a very long time. It really doesn’t matter if you had purchased that latest flat panel television a year ago. That 32-inch beauty must have felt really huge, and cutting edge back then, and must have considerably lightened the wallet as well. Ah, how quickly the romance has died away. However, while that HDTV isn't old, it feels dated. Not because it isn't Full HD (because it is), and neither because it doesn’t have a USB port – because it has and can play back video files as well. Then what really is the problem?

Answer lies with the way new features are introduced in the updated versions every few months. LED backlighting, Ethernet connectivity (now even the optional Wi-Fi), 3D and even web apps – eventually the flat pane looks more like a PC than a TV doesn’t it?

Which leads us to the critical question – what to look for in a television if you are buying one today? How to go about buying it? How to understand which one is the best for you? And how to avoid the “gyaan” thrown at you by the sales people and be ready with your own knowledge defense for that point.

Here is a very basic guide to follow, before splashing the cash.

Which tech: LCD, LED or Plasma?
For a while, the LCD and the plasma were two technologies slugging it out in the marketplace. And both catered to very specific demographic to users. However, the arrival of the LED tech has blurred those lines quite a bit, since most of the benefits of both have been merged into the LED televisions.

LCD
What it is good for:

What it is best for:
If you need a television for the living room, and are on a budget, the LCD is the one to consider. It will work the best in brightly lit rooms, with relatively narrow viewing angles.

LED
What it is good for:

What it is best for:
You don’t want an LCD, want a sleeker, slimmer television and would like the extra colour punch. Having said that, buying a higher end LED will actually introduce you to the improvements over an LCD.

Plasma
What it is good for:

What it is best for:
This is meant for the home theater setup at home, which means you will essentially be watching movies in a dark room. However, most users shy away considering the power consumption, weight and heat generation, at last for putting the plasma in a living room. Have home theater setup? Buy plasma?

If you have decided whether the LCD, LED or Plasma is the best for you, now you would need to understand 10 more things before buying a TV.

1. Don’t worry about the future.

The simple fact of the matter is – if you worry that the TV you buy today will become outdated in a year or so, we strongly urge you to stop thinking. Because this argument (or logic- whatever you may want to call it!) will be true in that 1 year later as well! Buy what fits your requirements and budget today. The only real discussion point here is what screen size. For example, the current room is big enough only for a 32-inch TV, but what if you plan to shift to a bigger place 6 months down the line? We suggest you buy according to the 6 months down the line situation. That’ll be the smarter choice, considering you may not buy a new TV then.

2. 1080p is the only way.
We wouldn’t bore you with too many technical terms and jargons about the “i” and the “p”. But whatever TV you buy, ensure that it is what is known as Full HD at the moment – 1080p. Connect an HD Media Player, an HD DTH service or a Blu-ray player, and all that’ll look best on a 1080p display. Even HD channels on various DTH operators are in the 1080i resolution. Buying anything lower than this isn't worth spending your money on, period.

3. Don’t go “too big”.
Buying a TV according to the room size and the viewing distance is critical. If you end up with a display that is either too big or too small, the viewing experience will be uncomfortable, to say the least. Ideally, for a 32-inch display, you should be about 4 feet away. For a 42-inch television, the ideal distance would be 6 feet. It is not to say that the television has to be watched from this distance only, but you will get the optimum experience from this distance. If you are buying the TV for the bedroom, this is where you need to be careful to not go “too big”. Assuming the viewing distance isn’t more than 5 feet too much, it’ll be a big strain on the eyes over a period of time. A 32-inch television would be ideal, and a 42-inch would be manageable. Any bigger, and you’ll lose out on the experience.

Apart from the viewing distance, where you place the TV will be critical. Leave at least 2-inches on all sides of the TV, and about 3 –inches at the back. More space at the back is essential because the vents are usually there, and you need some extra space for the cables as well

4. Ensure TV has enough inputs.
You should ideally buy a television that offers abundant input ports, the most critical one being HDMI. At least 3 HDMI is what we would suggest, since you may already have a gamut of compatible devices (HD STB, DVD Player, gaming console etc.), with more definite to be added in the near future. 4 HDMI inputs would be ideal though. Switching cables manually every time is just annoying, and may just damage the TV, worst case scenario. Also, a lot of people bother about whether the USB port on the TV can play back videos. Well, we would suggest you pick up an HD Media Player (ex: WD Live) instead, and enjoy a much better upscale video on the HD display, connected via HDMI. Then comes the question of web connectivity. If your TV has an Ethernet port, ensure that the use of the web on the TV will be justified, if you are about to spend extra on a TV with web capabilities.

5. Web on the TV.
Some TVs come with Ethernet ports enabling Internet capabilities on the device. Beyond that, some even offer Wi-Fi capability, either through an external USB dongle or built-in as in the case of some high-end televisions. Most of these TVs would come with apps built-in. However, their numbers are still quite low, and the experience of web connectivity is usually restricted to using the feature to enable media streaming from the PC or mobile phone to the TV using DLNA. More so due to geographical restrictions on these services, since we are unable to access services like Netflix.

6. No more the king.
Well, gone are the days when it was said that if you wanted to enjoy the movies in the best way, get a Plasma TV. And buy an LCD if you will be watching it in a brightly lit room. The arrival of LCD panels around 40-inches to 50-inches meant that consumers had an alternative to the heavier and more power consuming Plasma. LED televisions with local dimming have the ability to achieve extremely dark black levels.

7. Love triangle?
The LED televisions have joined LCD and Plasma to vie for the monies you may be out to spend on a new HDTV! While the LCD displays have the price advantage, Plasmas have the performance advantage, albeit with much higher power consumption and the tendency to get really warm even in air-conditioned rooms. The LED displays have the advantage of being slimmer than most LCD displays out there. And offer much better colour reproduction and contrast than the LCD. Plasma, unfortunately, seems to be a distant third place in the consideration stakes, since it consumes a lot more power, is thick and heavy, and cant really be used in brightly lit rooms due to the reflective nature of the display.

8. 3D or not to 3D. Depends on whether you get a headache.
Big question on almost every high-end television buyers mind – should they be buying a 3D TV? Well, the answer isn't a simple yes or no. First, does 3D give you a headache or a head spinning feeling? If yes, then the answer is no. Secondly, How often do you think you’ll watch 3D? If it is often, then go right ahead. Don’t kill a dream! If you are going to watch it infrequently, then might as well just whet the 3D appetite at a cinema near you, when the next 3D worthy blockbuster comes along.

9. Your test. And the television’s too.
Now that you are going to check out the TV at the nearest store, it is essential that you compare it to rivals side by side. For that, the salesperson will inevitably hook it up to a DVD or Blu-Ray player via an HDMI splitter. However, we do not trust the content they play. First, take your own DVD/ Blu-Ray disc and request them to play that for you while you compare the televisions. Secondly, do not hesitate to ask for the remotes and tweak picture settings to the way you would probably set them at once the TV arrives home. This will give you a better idea of where each display stands at that picture settings. After all, any display would look crisp and bright at the highest contrast settings.

10. Dig deep. Check performance of features that may look solid on paper.
When the content is being played back, you need to see how it handles fast motion videos. Check for ghosting, blurring or jagged lines. While the TV may boast of a high refresh rate, it is better to assess its claims rather than just believing the marketing speak. Also, does the TV have settings to tweak fast motion handling, black levels, contrast, colour depth and even things like deep colour and colour tone. While you may not tweak these settings often, having them does help a lot in getting the best out of the TV.