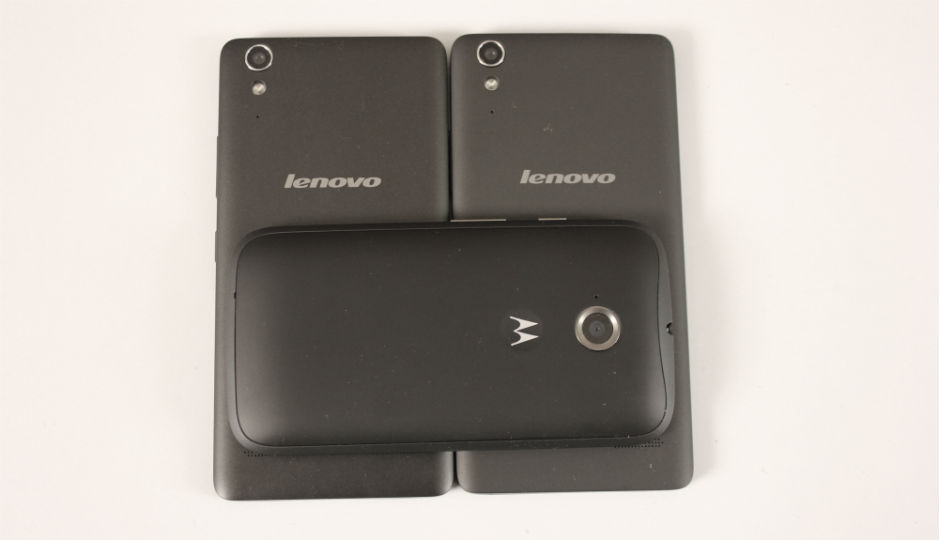 The new versions of some of the big names in the budget segment are now out. The Moto E has been updated with new hardware and 4G compatibility, while Lenovo has updated its popular Lenovo A6000 smartphones with 2GB RAM and 16GB internal storage, calling the new device the Lenovo A6000 Plus. Here's a quick look at all of these devices and the kind of benchmark scores that they can clock. It will also help you figure out whether the Lenovo A6000 Plus is a sizeable performance upgrade to its predecessor. 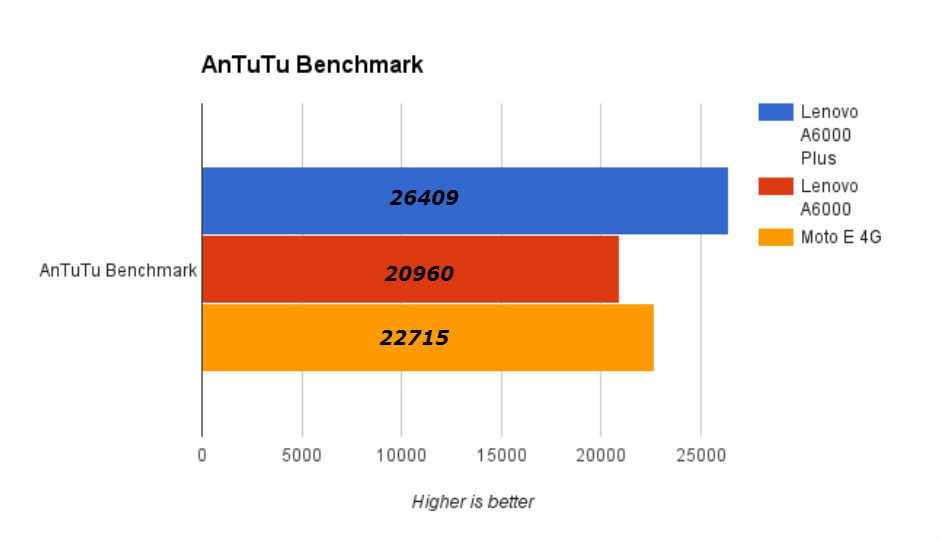 The newer Snapdragon 410 SoC in the Moto E 4G brings this device closer in performance to the two A6000s. The Lenovo A6000 Plus though shows slightly better scores thanks to the extra RAM it comes with. 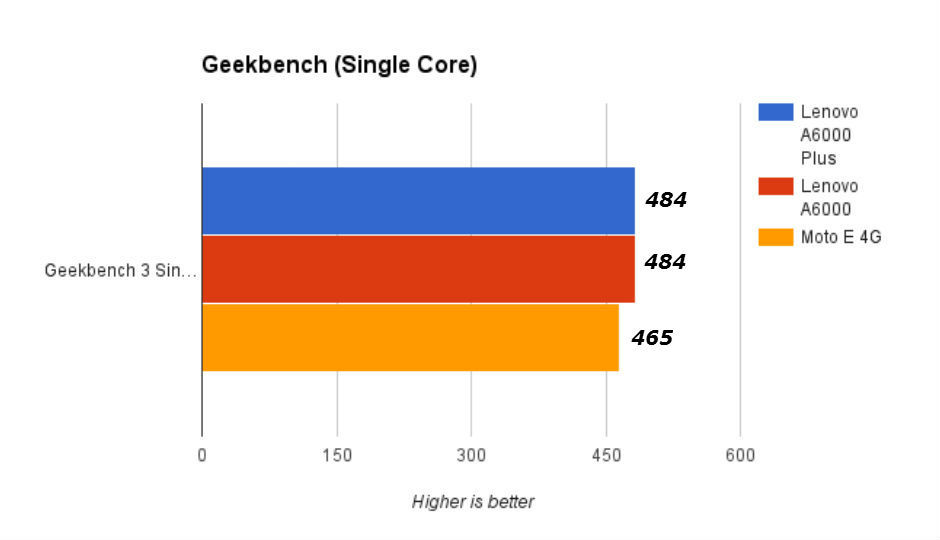 All three phones run on the Qualcomm Snapdragon 410 SoC and the performance results are again quite similar. 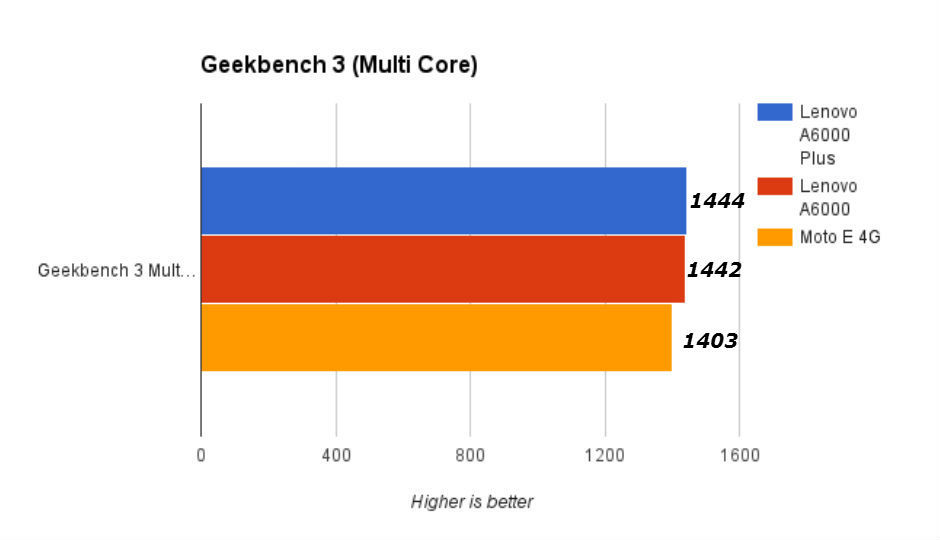 On the multi core test, the scores are again quite similar, with nothing seperating the devices. 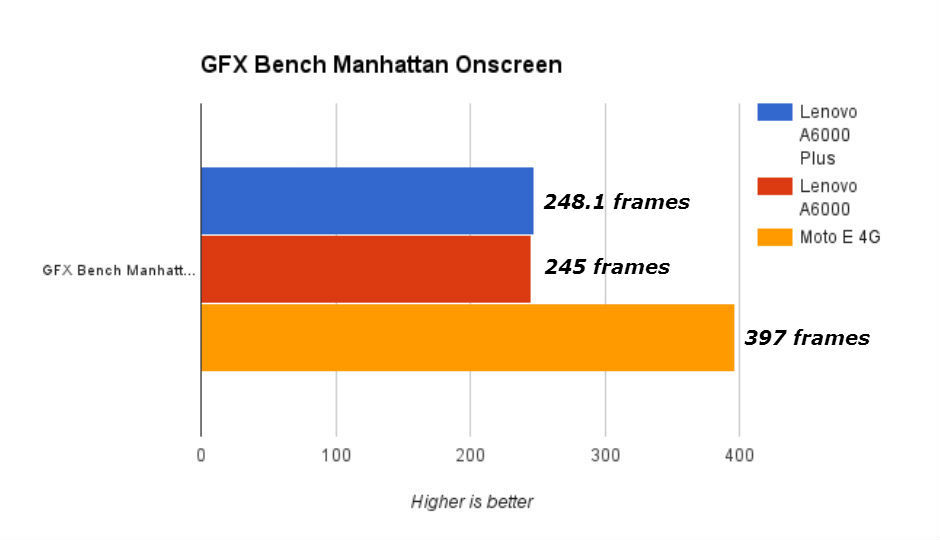 The Moto E's lower resolution screen helps it show better results in the Manhattan graphics test on GFX Bench. The A6000 and A6000 Plus are quite close to each other though. 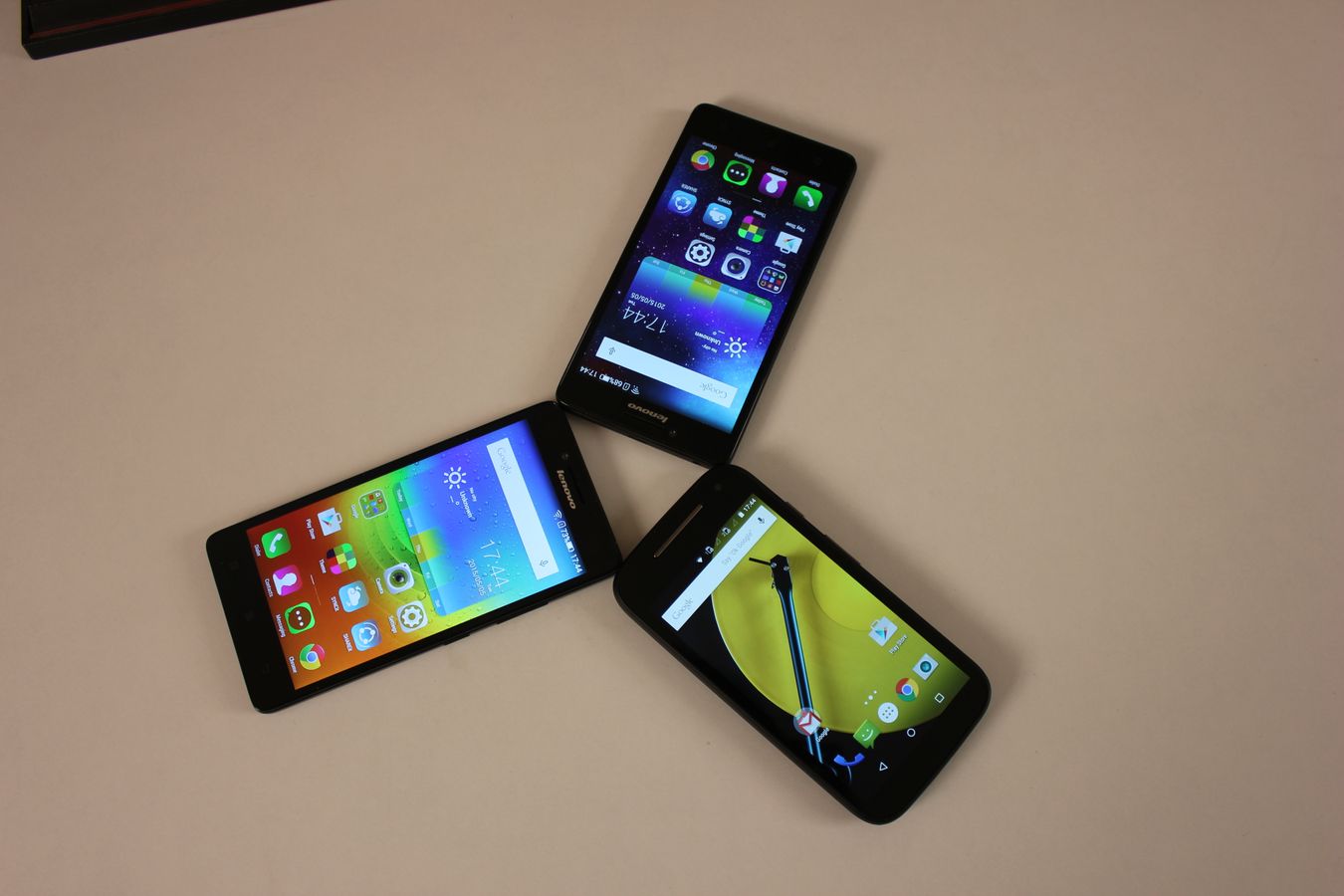 The new generation Moto E 4G is much more competitive in terms of the performance it provides, against the Lenovo A6000 and A6000 Plus. By extension, it is also closer in comparison to the Xiaomi Redmi 2.

On our battery test, the Moto E outperforms the Lenovo A6000 and A6000 Plus by a long way. While the other two can go on for just about 7 hours, the Moto E goes on for 11 hours. 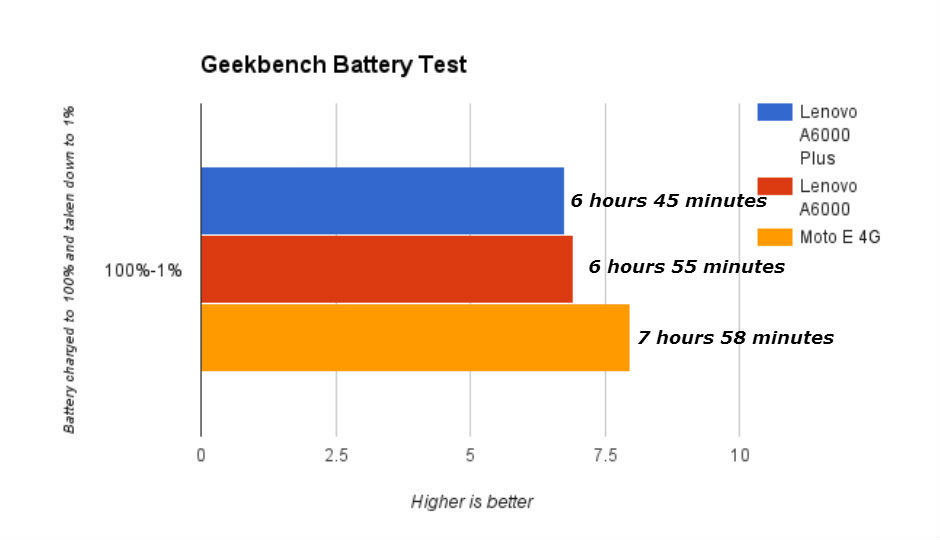 The same is also shown in the Geekbench battery test, where the Moto E goes almost an hour extra over the other two phones. 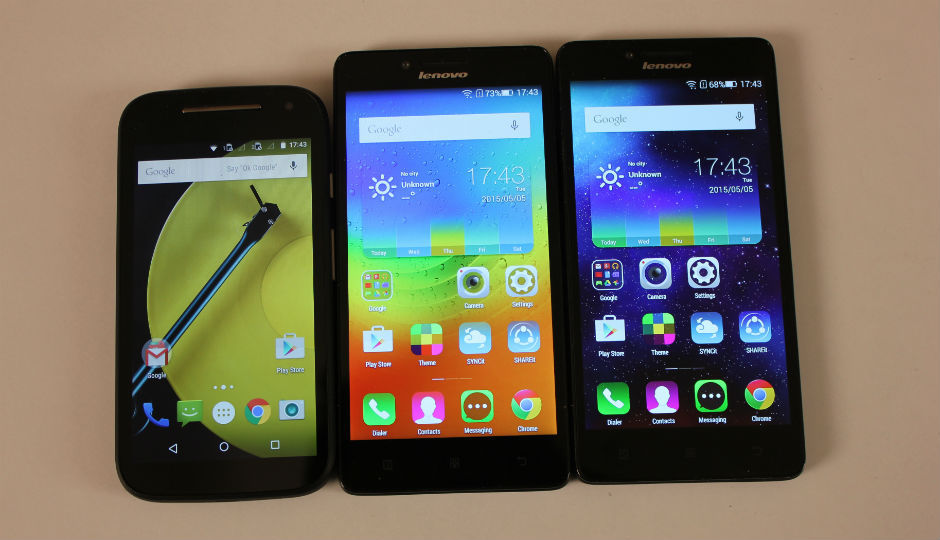 The lower resolution display on the Moto E combined with a higher battery capacity are the reasons for its longer battery life. 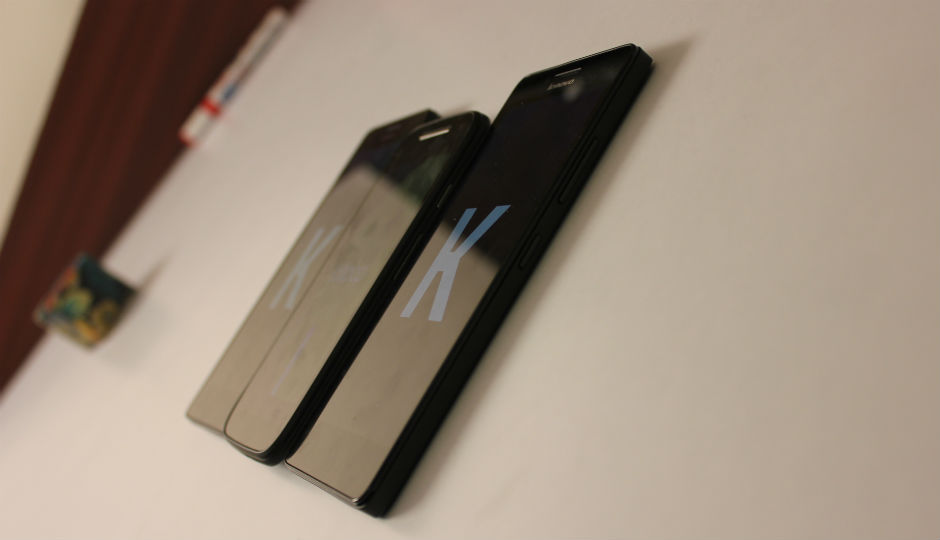 In case you missed it earlier, here's a picture gallery of the three devices. 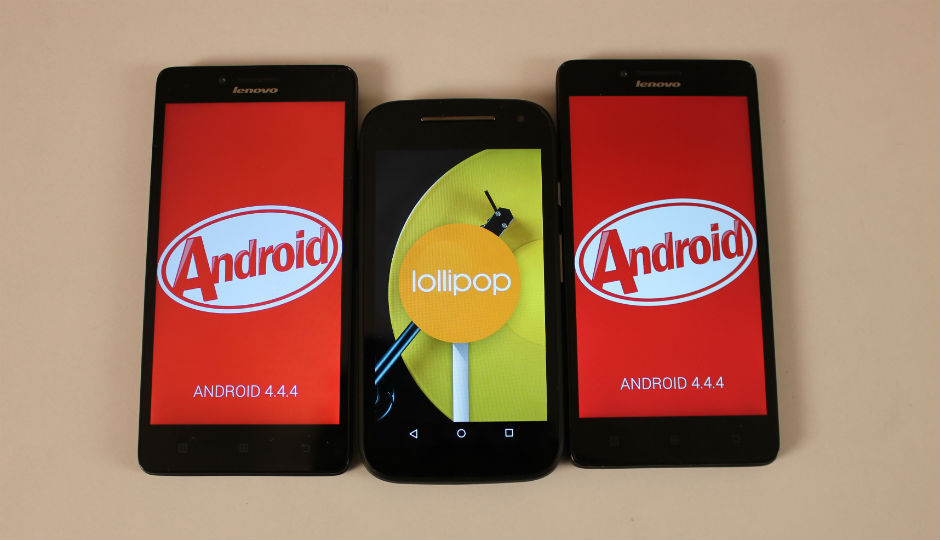 The Motorola devices still has an advantage in the fact that it runs on Android Lollipop out of the box. 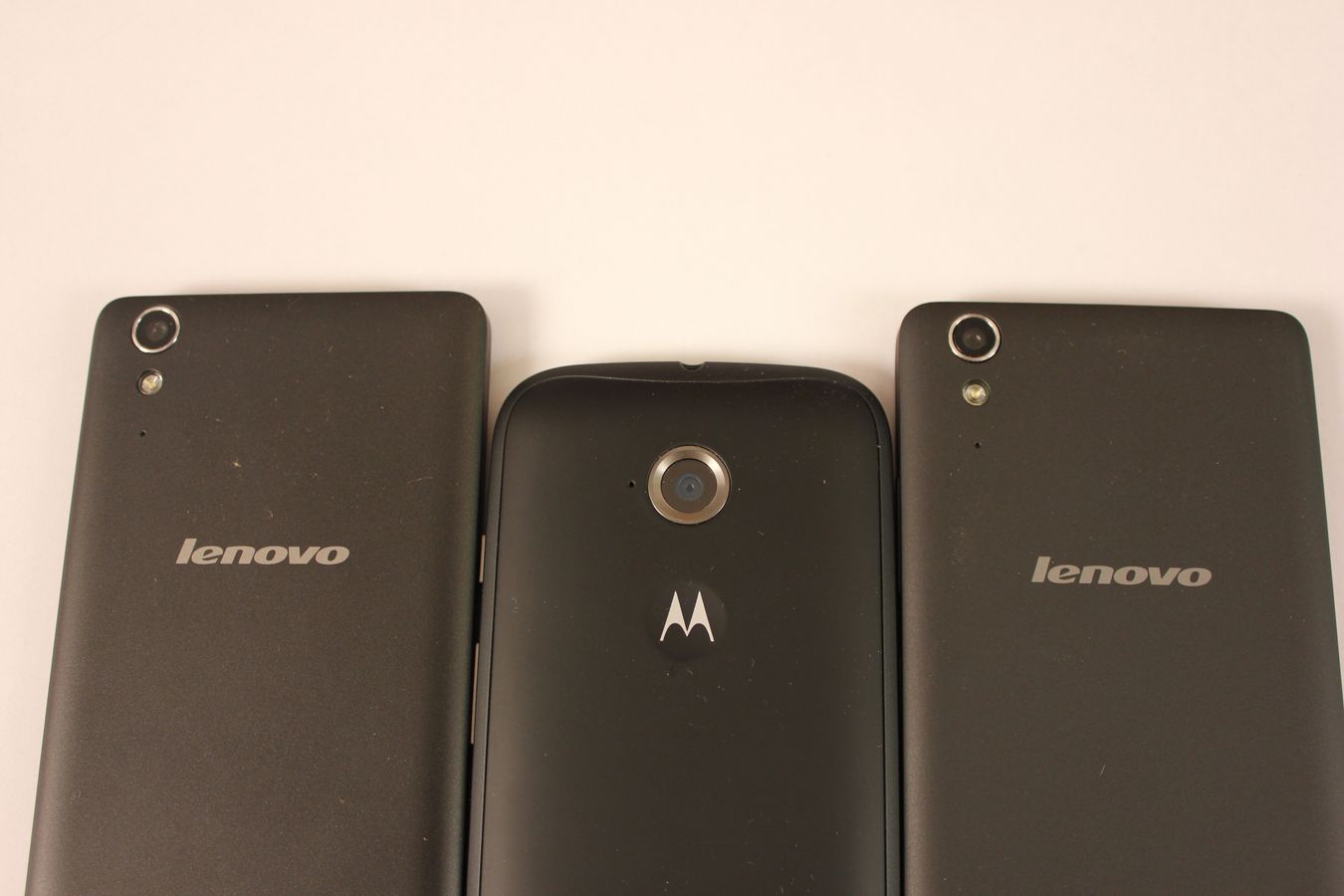 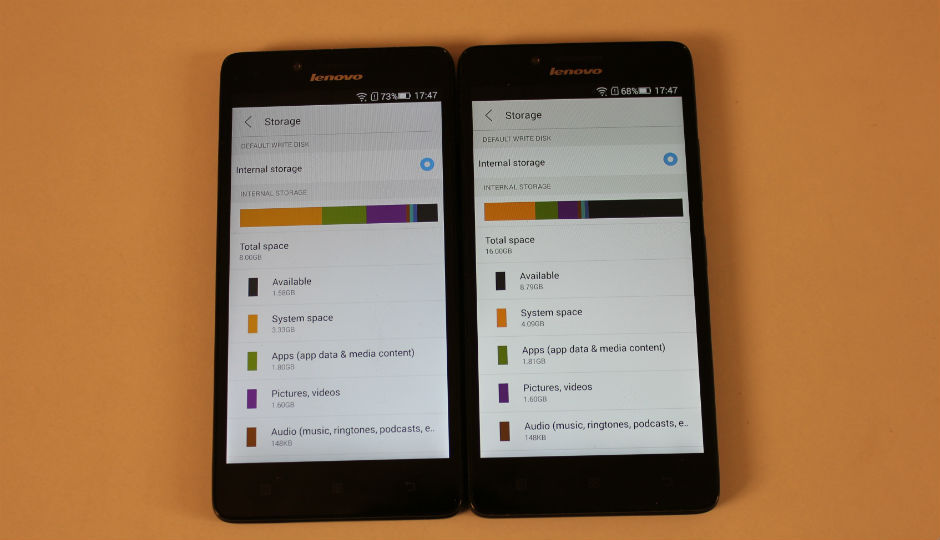 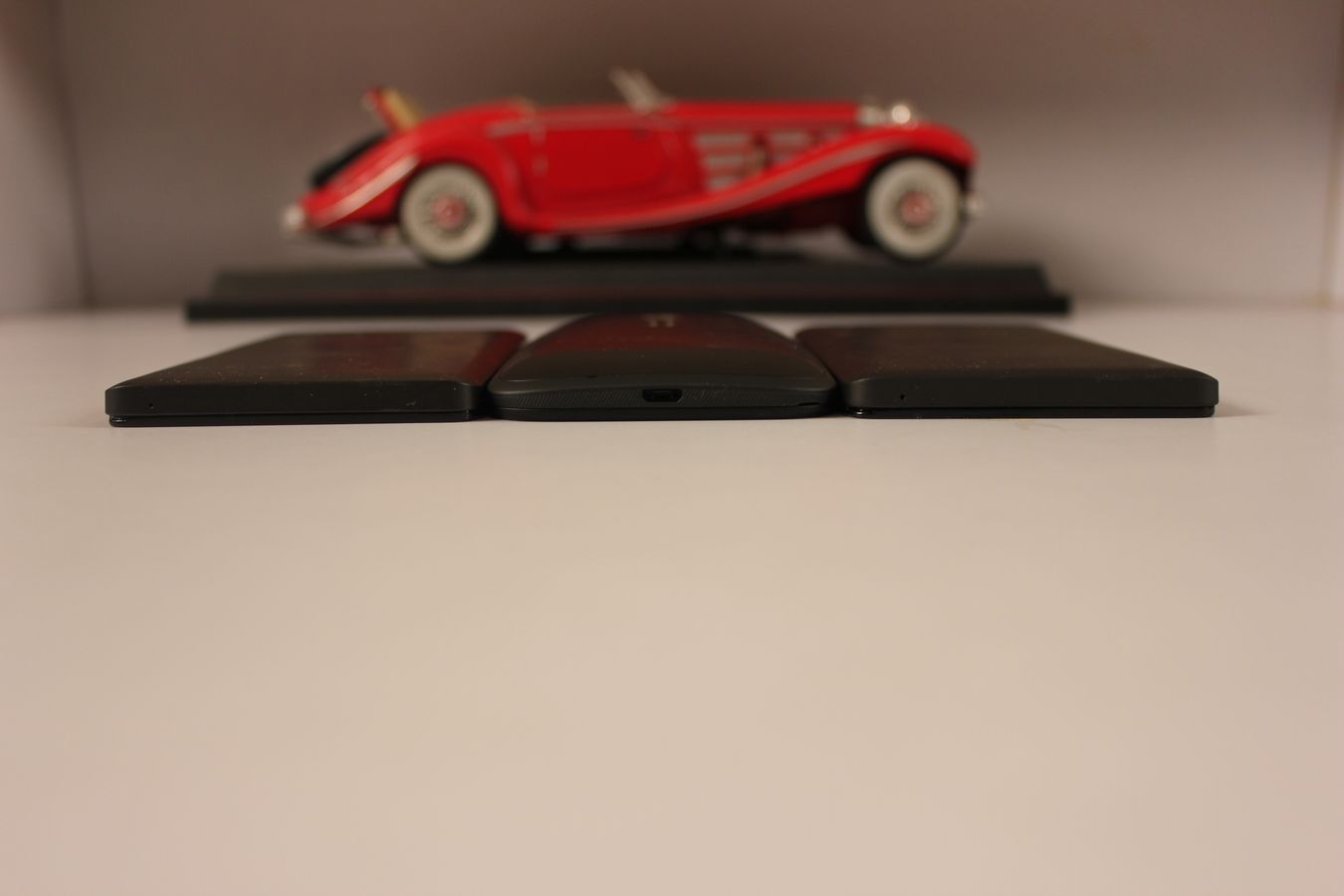 While it is smaller and heavier, the curved design of the Moto E makes it easy to hold and use.