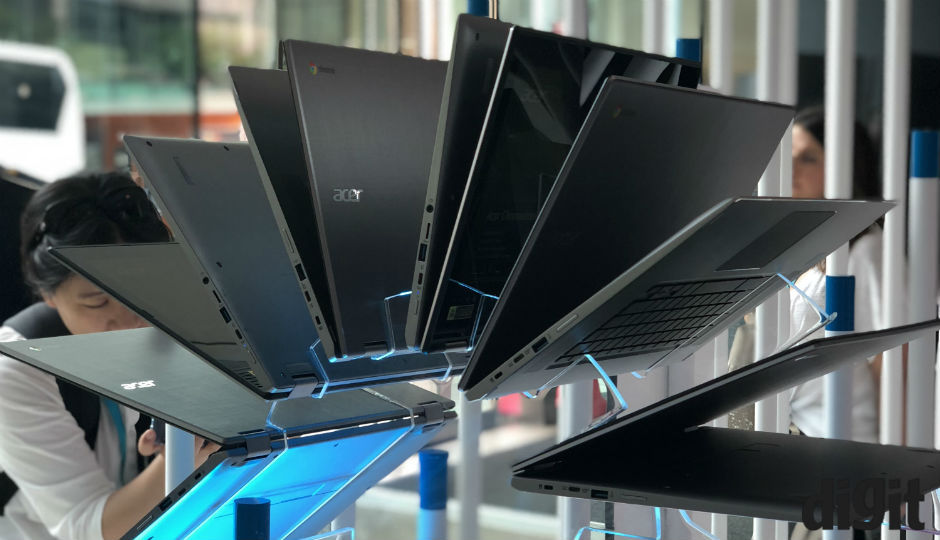 Acer unveiled a bunch of new products during its Next@Acer event in New York. These included Chromebooks, Windows devices, as well as a number of gaming-centric products under its Predator lineup. Let’s take a closer look at some of the devices unveiled by Acer. 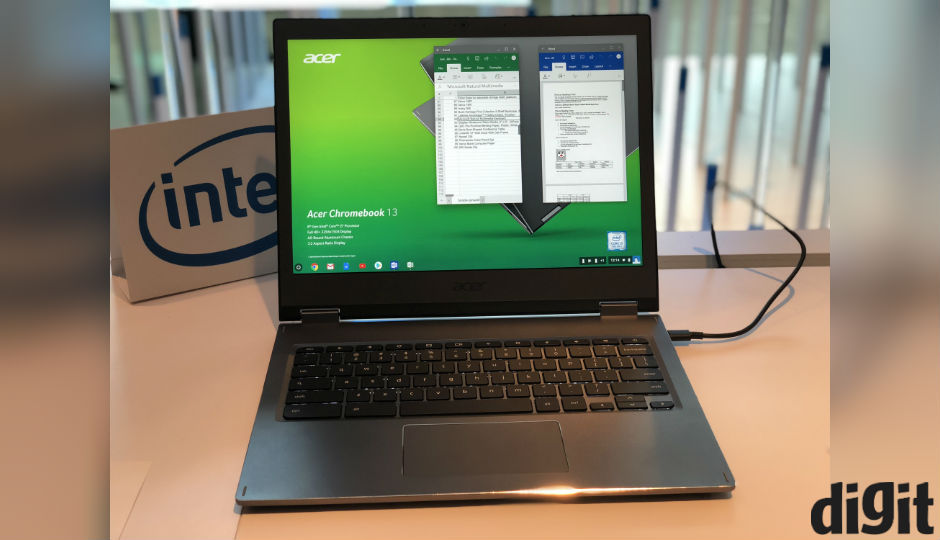 The Acer Chromebook 13 is designed for business user and features an all-aluminium design. The device sports a 13.5-inch display with a 3:2 aspect ratio and a full HD+ resolution. The devices are powered by 8th Gen Intel Core processors. There is also a Chromebook Spin 13 that features a 360-degree hinge, and offers support for a Wacom stylus. 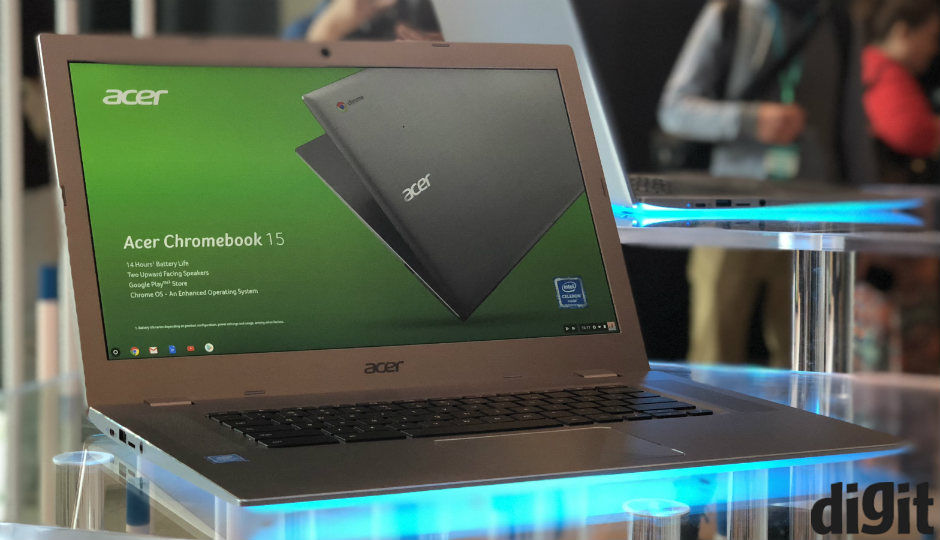 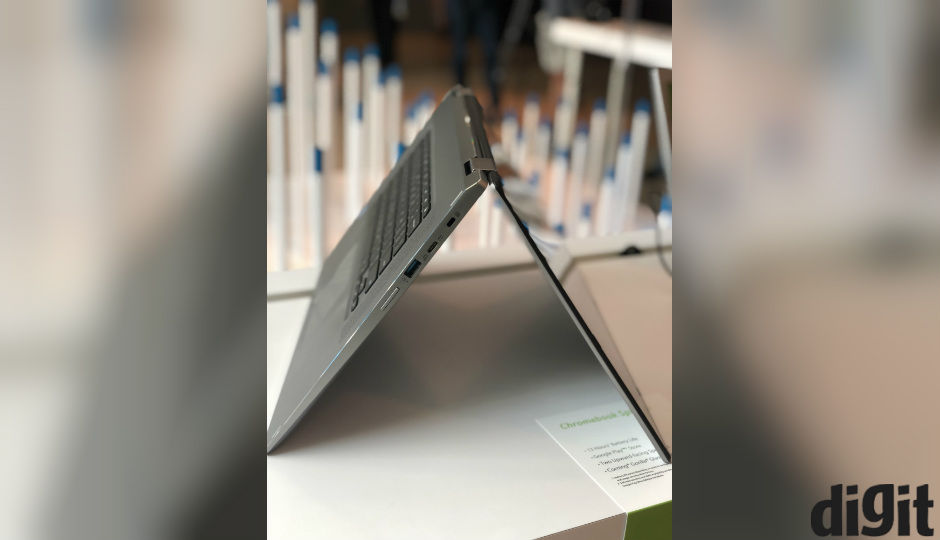 As the name would suggest the Chromebook Spin 15 features a 360-degree hinge that lets users turn the display all the way around. The offers a 13 hour battery life and processor options include the Intel Pentium N4200, Celeron N3450, or Celeron N3350. It offers up to 8GB RAM and 64GB of storage. 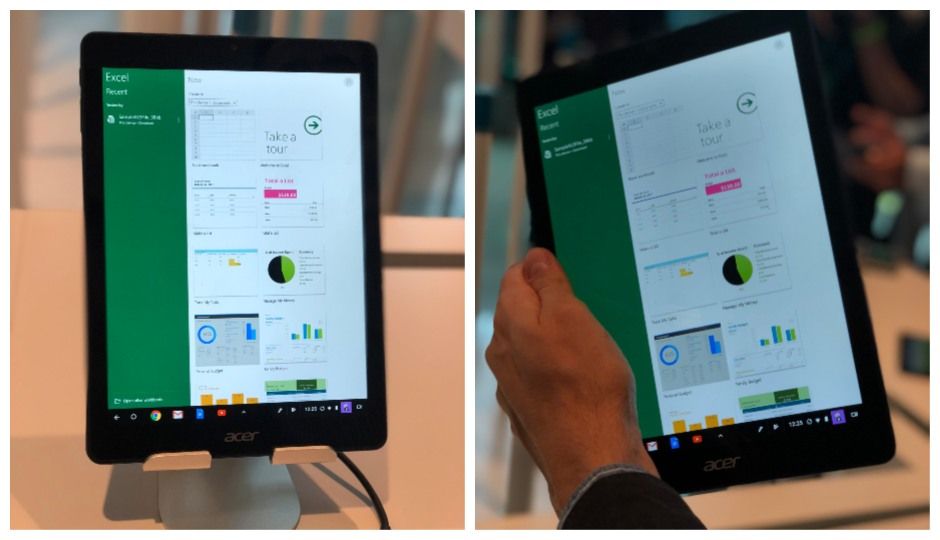 The Acer Chromebook Tab is not an Android tablet, it’s a tablet that runs ChromebookOS. The  device is aimed at students and features a 9.7-inch display with a resolution of 2048 x 1536 pixels. The device is powered by a Rockchip RK33XX processor with 4GB of RAM. 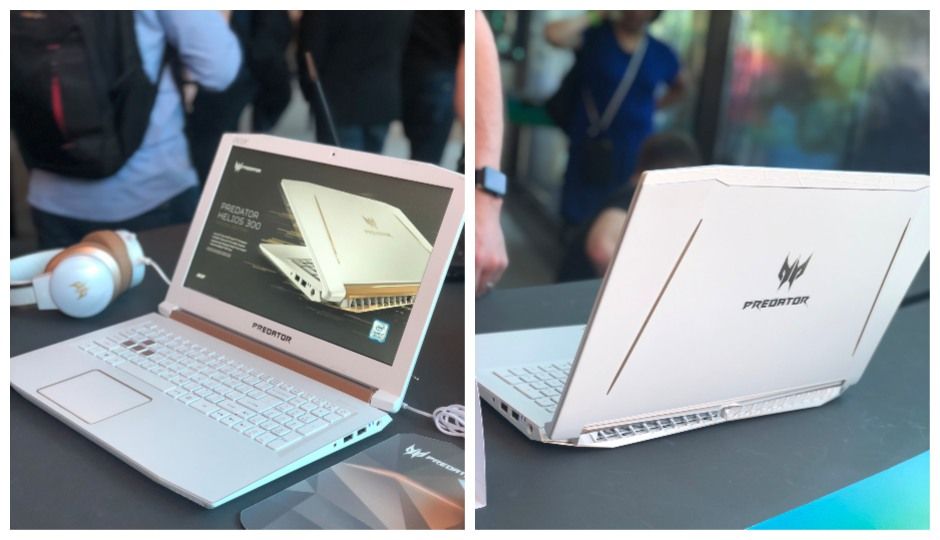 The Predator Helios 300 Special Edition sports a white chassis with a gold trim. The laptop features a 15.6-inch FHD display with a refresh rate of 144Hz. It is powered by an 8th Gen Intel Core i7+ processor and features an overclockable Nvidia GeForce GTX 1060 graphics. The Predator Helios 500 sports a 17.3-inch 144Hz display with option for either a 4K UHD or FHD display. The laptop is powered by an overclockable 8th Gen Intel Core i9+ processor and features Nvidia GeForce GTX 1070 graphics. The Predator Helios 500 also comes with a specialised thermal architecture to keep things cool. 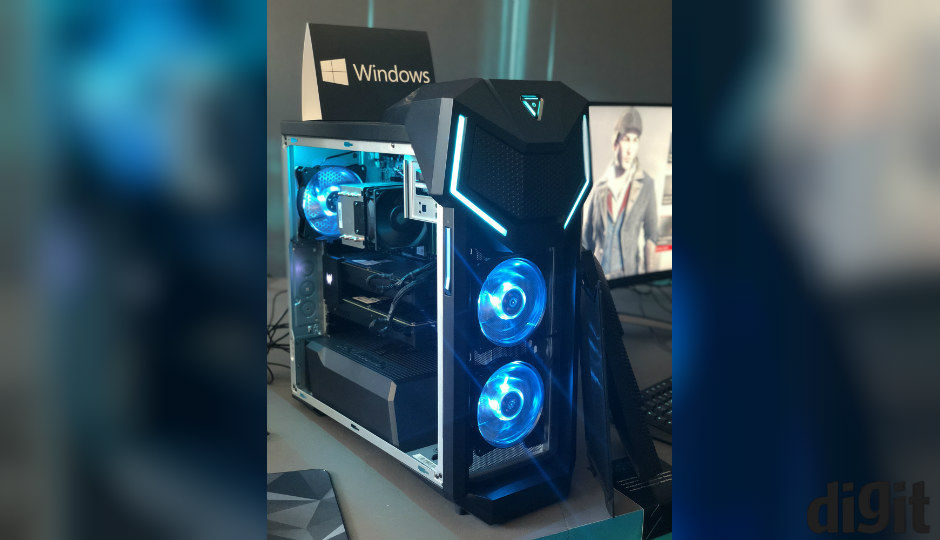 The Predator Orion 3000 desktop is powered by up to an 8th Gen Intel Core 17+ processor. In terms of graphics, it can house up to an Nvidia GeForce GTX 1080 with up to 32GB of Intel Optane memory. It can also house up to 64GB DDR4-2666 RAM. The Predator Orion 3000 series features a transparent EMI-compliant side panel, RGB lighting, blue accents as well as a built-in headset cradle. 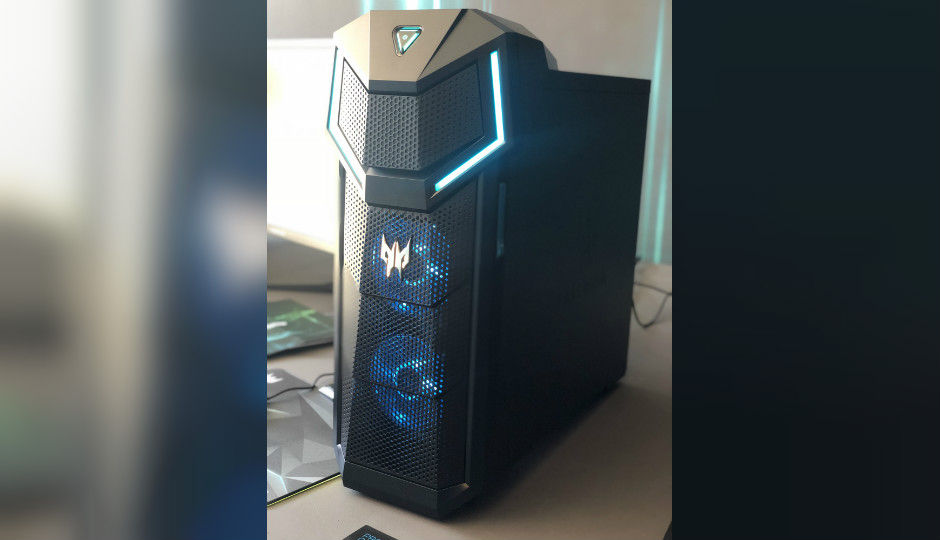 The Predator Orion 5000 series of desktops feature up to an 8th Gen Intel Core i7+ 8700K processors paired with the Intel Z370 chipset. It can house up to 1-way Nvidia GeForce GTX 1080 Ti in SLI. Like its smaller sibling, it features a transparent side panel while the IceTunnel 2.0 airflow management system helps keep things cool. 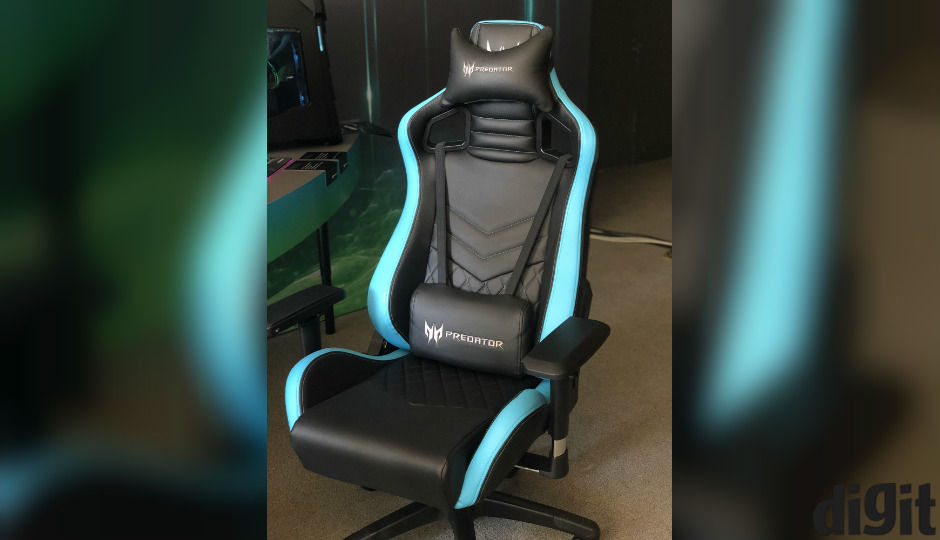 The company also unveiled a bunch of new gaming accessories under the Predator lineup. One of the coolest among the bunch is the Predator Gaming Chair. The chair offers detachable cushions as well as lumbar spine support. 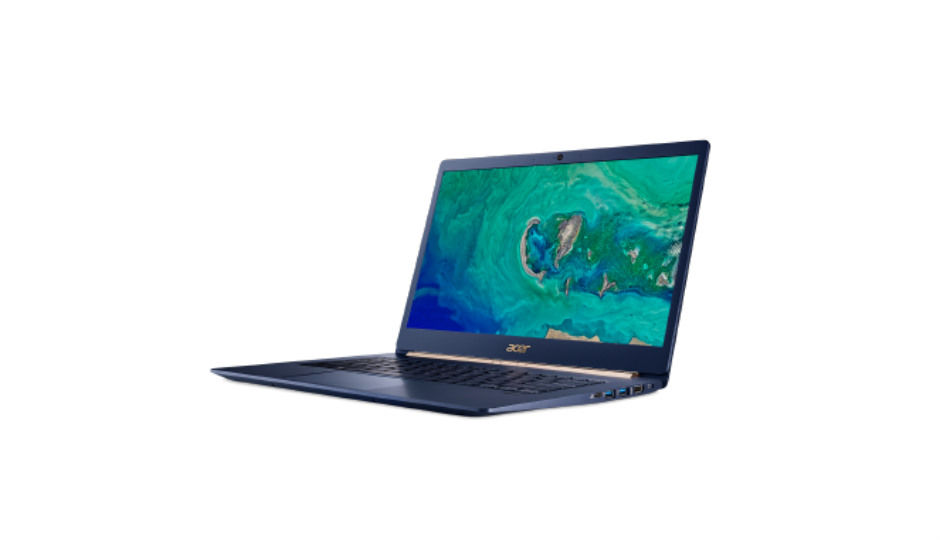 The Acer Swift 5 laptop sports a 15-inch FHD display with ultra-narrow bezels, giving it a screen-to-body ratio of 87.6%. It runs Windows 10 and offers up to 1TB SSD and up to 16GB DDR4 memory. The Acer Swift 5 weighs less than a kilo. 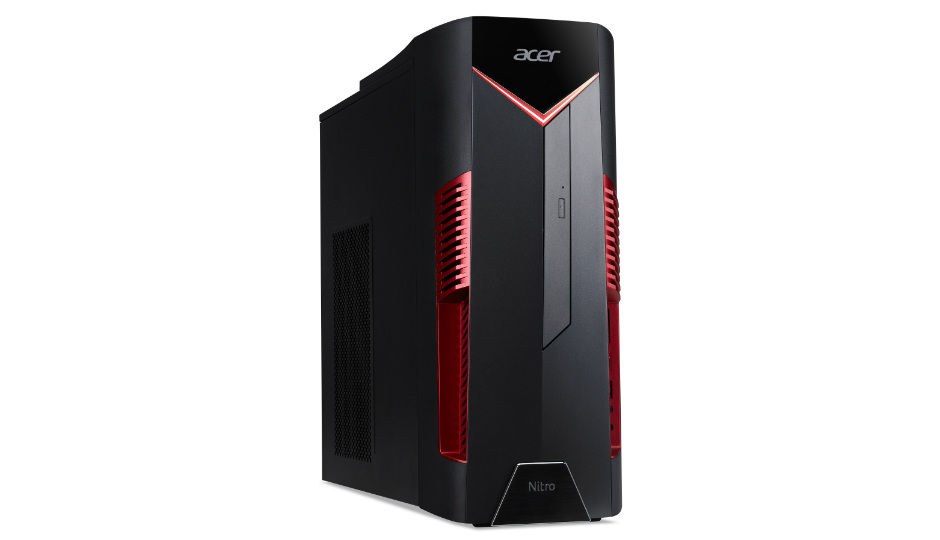 The Acer Nitro 50 series of desktops offer up to an 8th Gen Intel Core i7 processor and can be equipped with up to a Nvidia GeForce GTA 1070. The desktop can offer upto a 3TB HDD and a 512GB SSD. There is also a wireless charging dock for charging Qi-enabled wireless devices. The Nitro 50 features an armour-inspired housing with front-facing LED lighting. 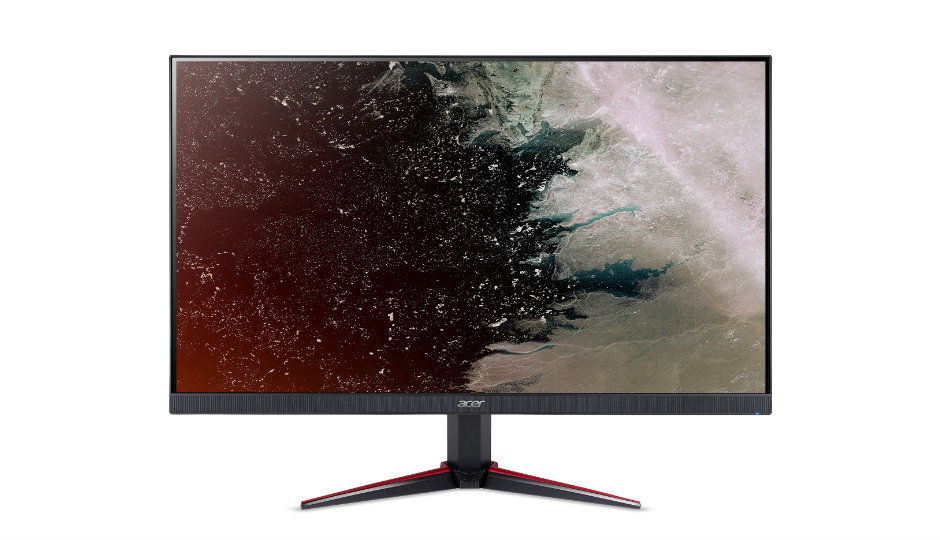