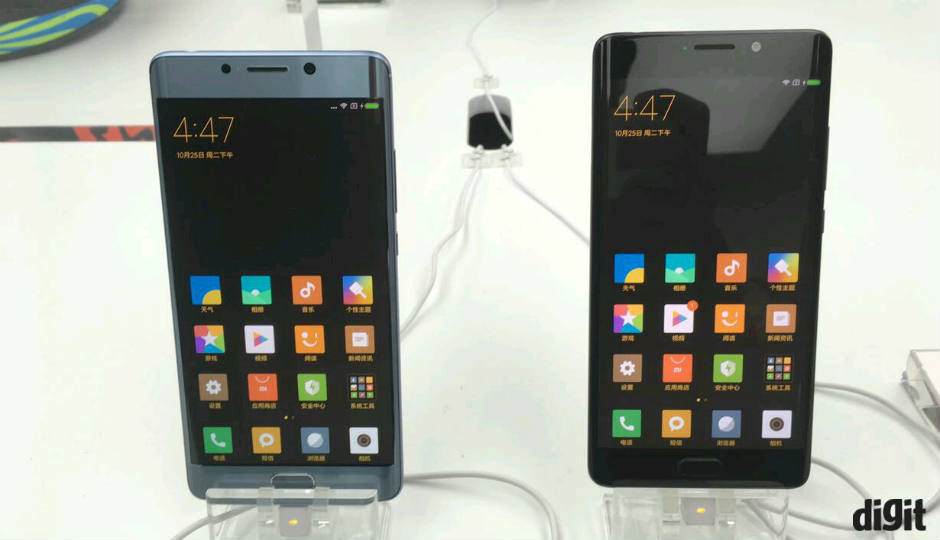 Xiaomi has launched two new smartphones today, the Mi MIX and the Mi Note 2. Both phones are powered by the latest Qualcomm Snapdragon 821 SoCs and both have curved glass displays. While the Mi Note 2 is the second iteration of the Mi Note, the Mi MIX comes is an all new phone from the ground up. We had the chance to take a look at both the devices at launch, here are the two phones in pictures. 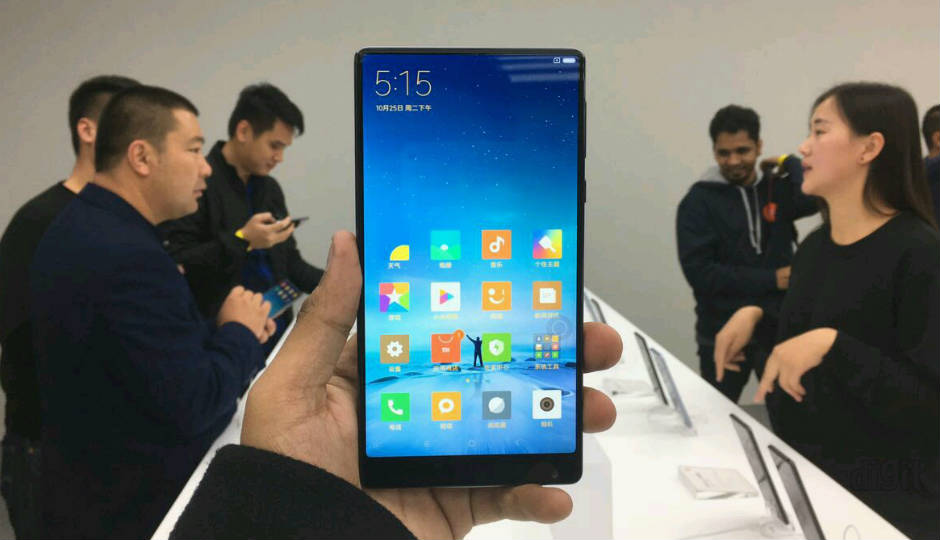 First let’s take a look at the Mi MIX. Xiaomi introduced the phone as a concept in the conference, but then revealed that the phone is actually under production and will be available for purchase. There are two variants of the phone, one with 4GB RAM and 128GB storage and the other with 6GB RAM, 256GB of storage. Prices start at 3499 Yuan (Rs.34,000 approximately) 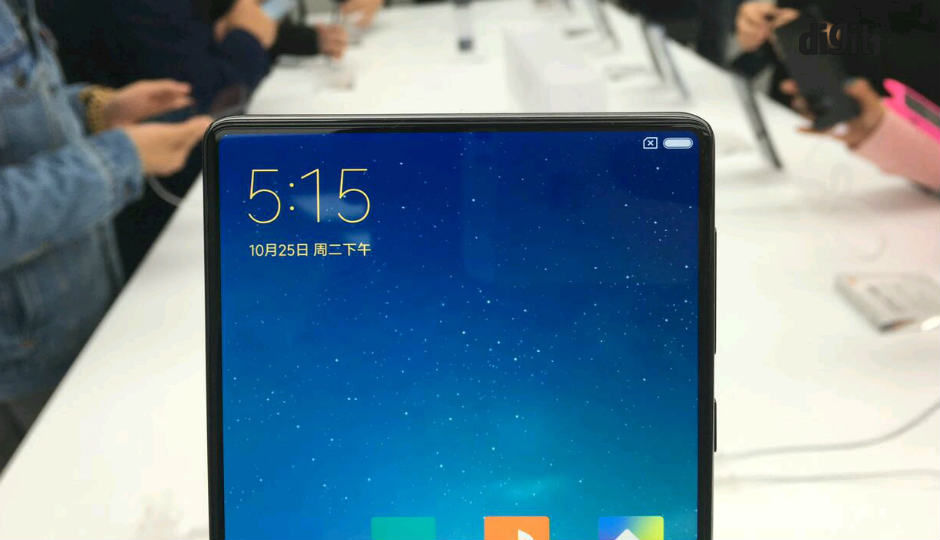 Before we move further, let’s run through the specifications 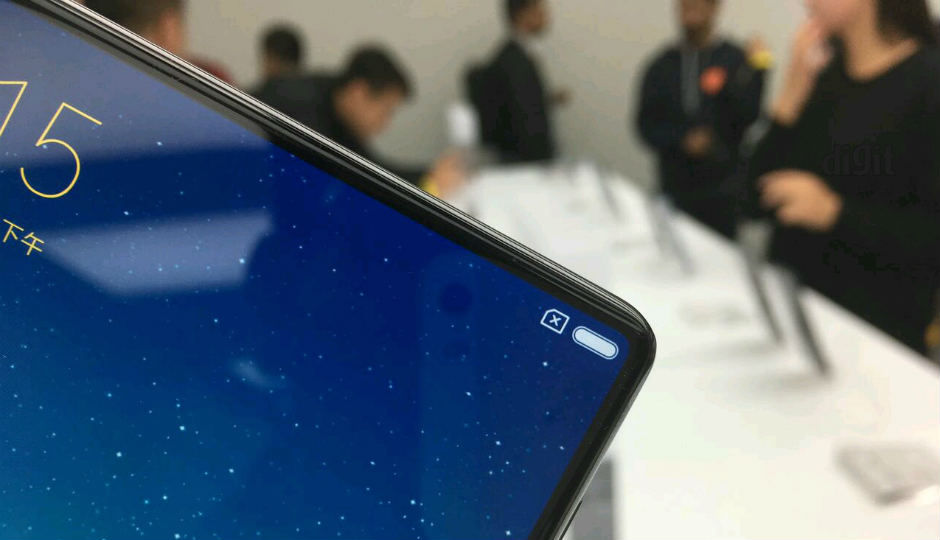 The main highlight of this phone is its edge to edge display. The phone has the highest screen to body ratio of 91.3%. 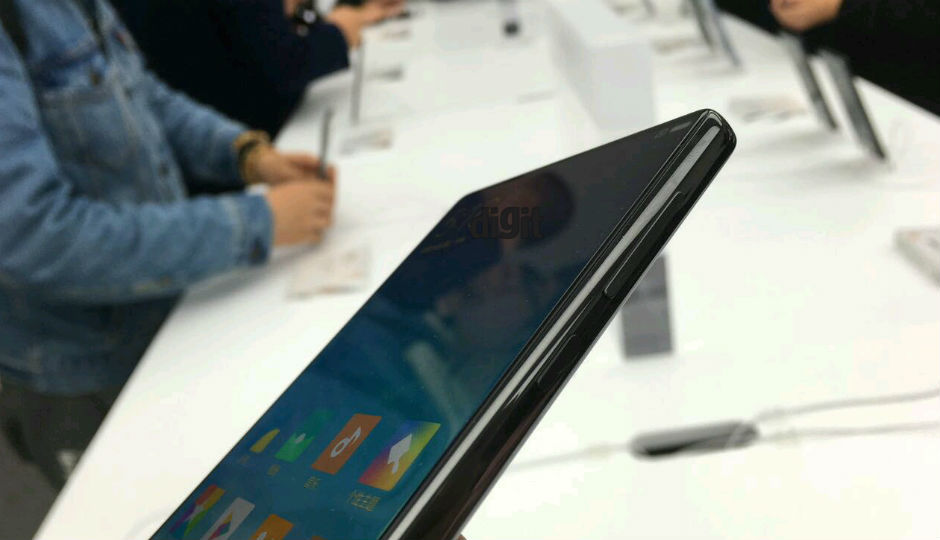 The phone is quite slim as well and since there is no space for all the sensors, the front facing camera, which is generally placed on the top bezel, has been moved to the bottom. 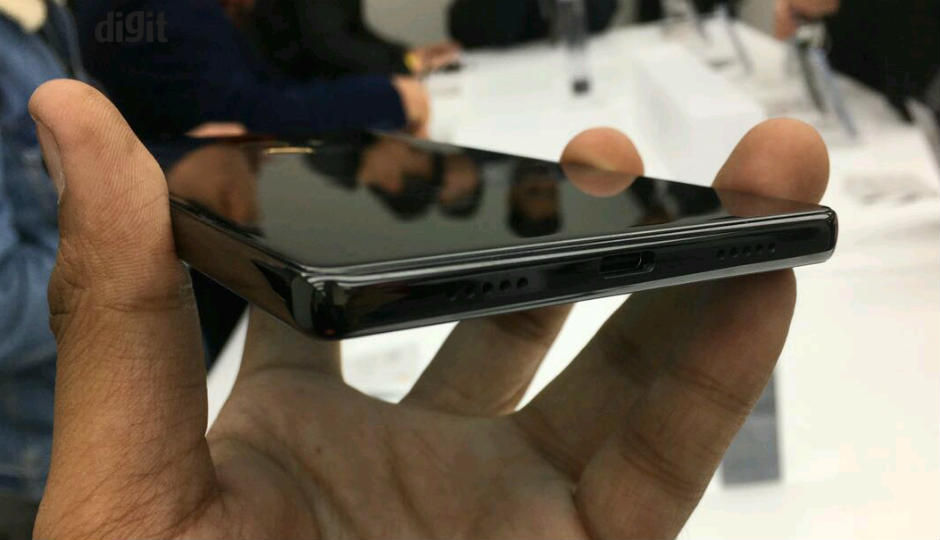 Since the top bezel has been completely removed, the Xiaomi Mi MIX uses cantilever piezoelectric technology to project audio into your ear. It basically uses vibration to make slight movements on the surface of the phone, which are then read directly by the ear. It is very similar to the bone conduction technology used on the Google glass. 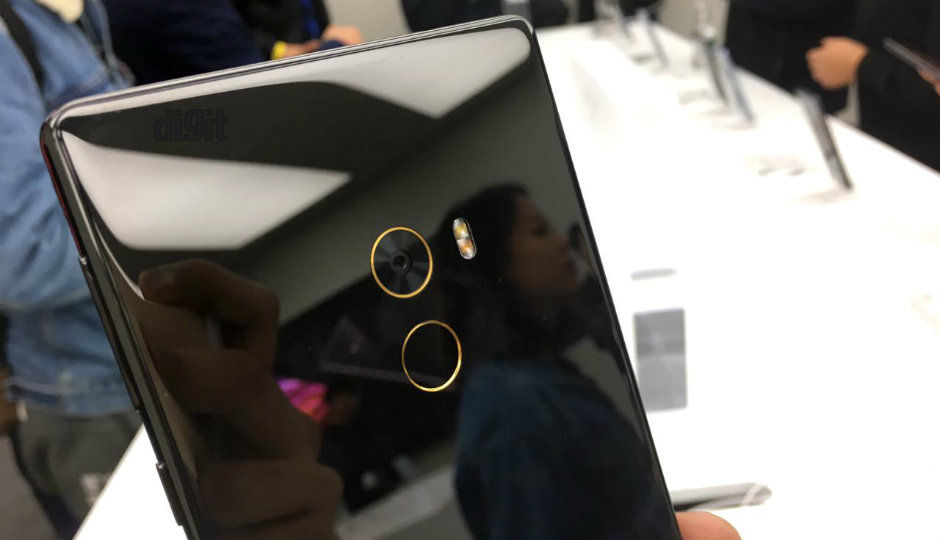 The 256GB  variant of the phone also gets 18K gold accents around its rear camera module and fingerprint scanner and rest of the back has a glossy Piano black finish. 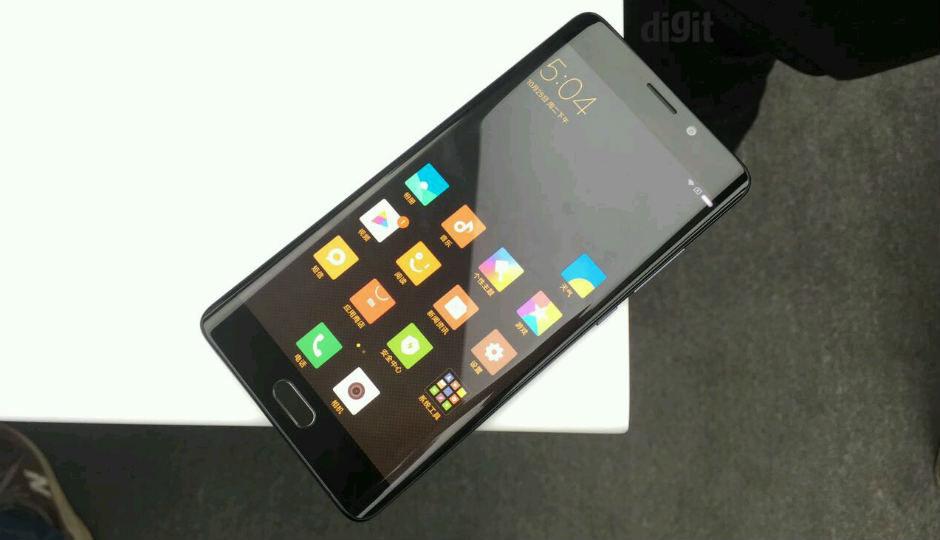 The other big launch from Xiaomi today was the Mi Note 2. It is the second phone in the Note range of phones from Xiaomi and features a 5.7-inch display, although it does not feature a stylus. 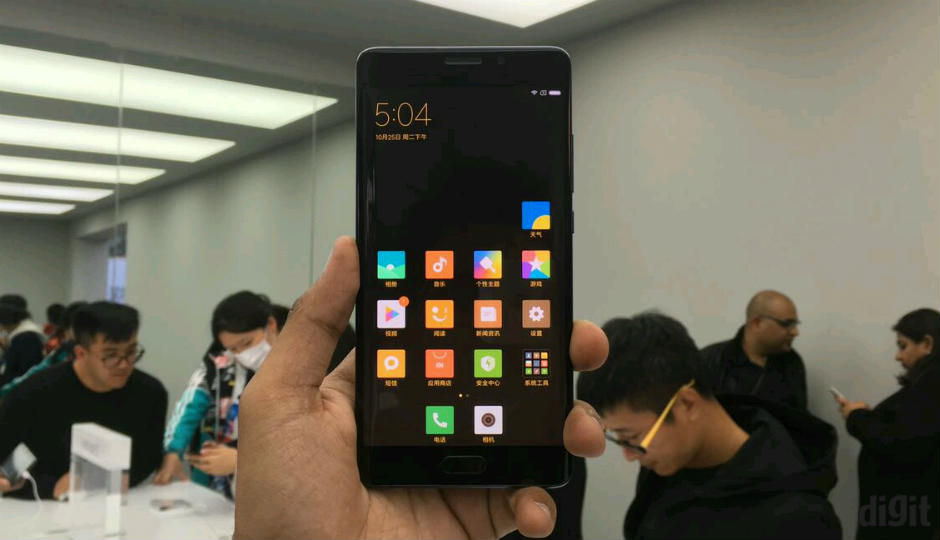 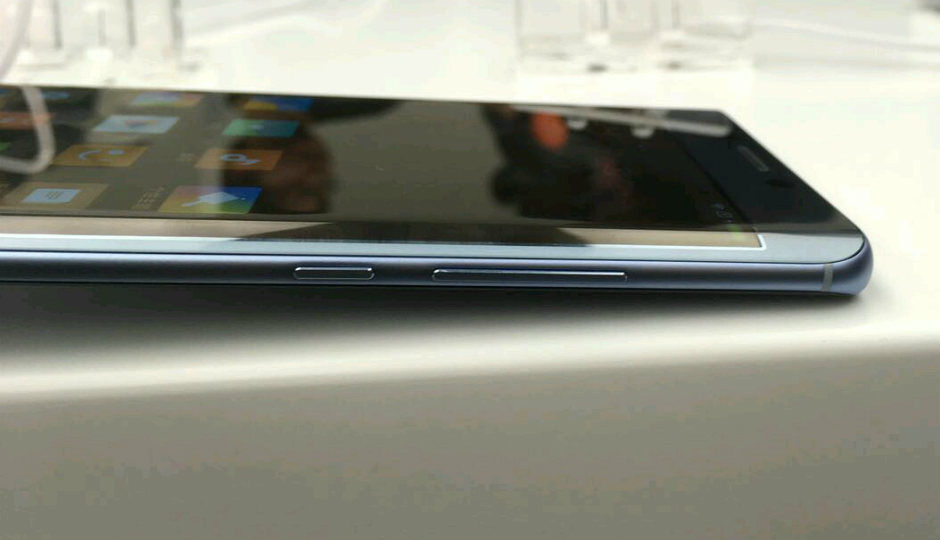 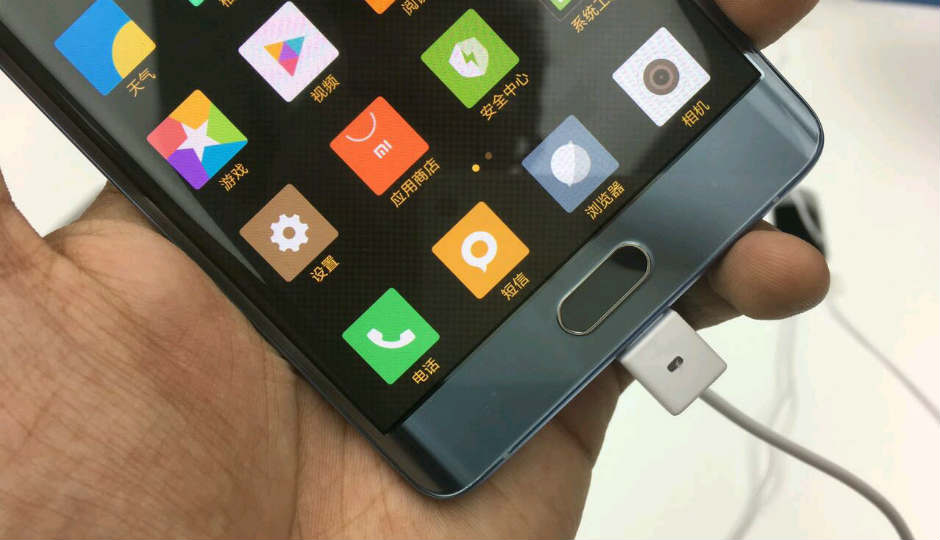 The 5.7-inch 2K display is quite bright and has good colour saturation. Under the display, the device has its fingerprint scanner, which doubles up as the home button. 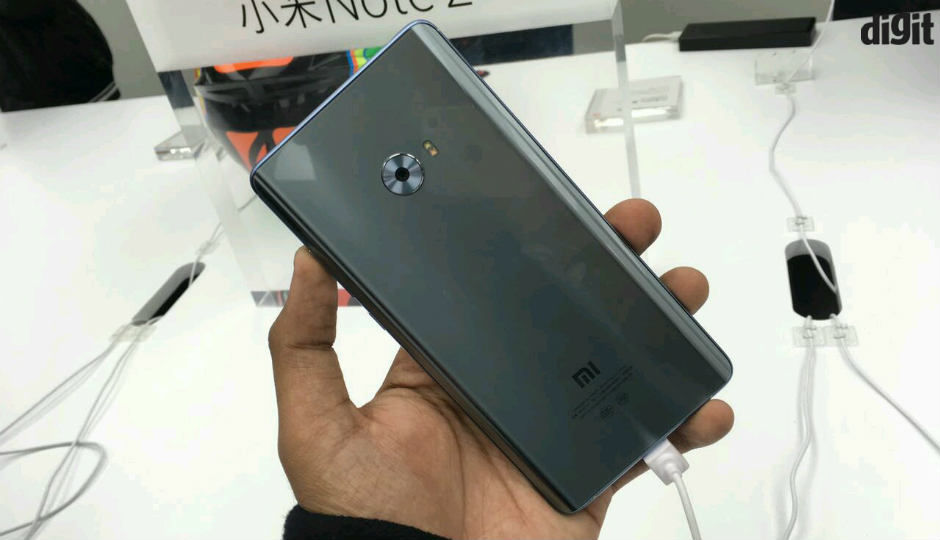 At the back, the Mi Note 2 has a very clean design. Previously there were rumors that the phone will be featuring a dual camera setup, but apparently it has only one camera. 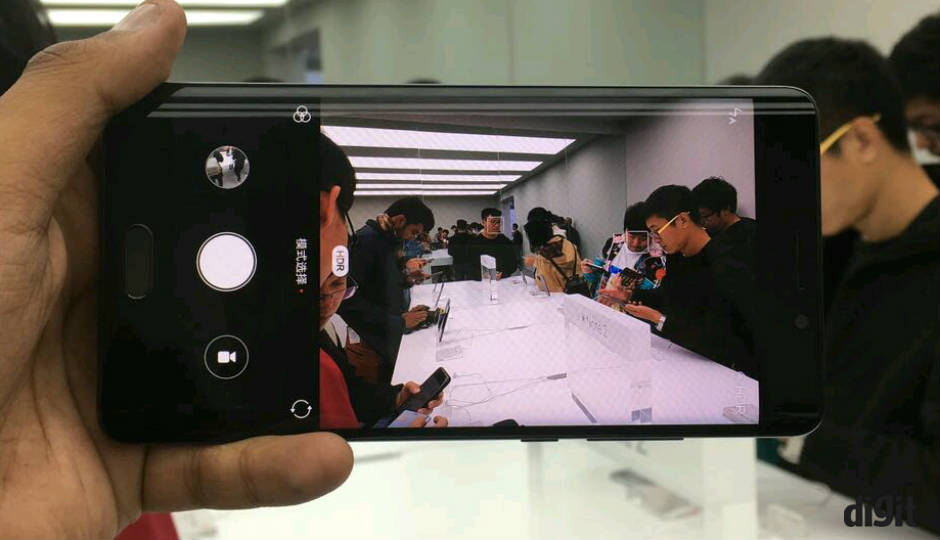