The 15 best multiplayer games on Android 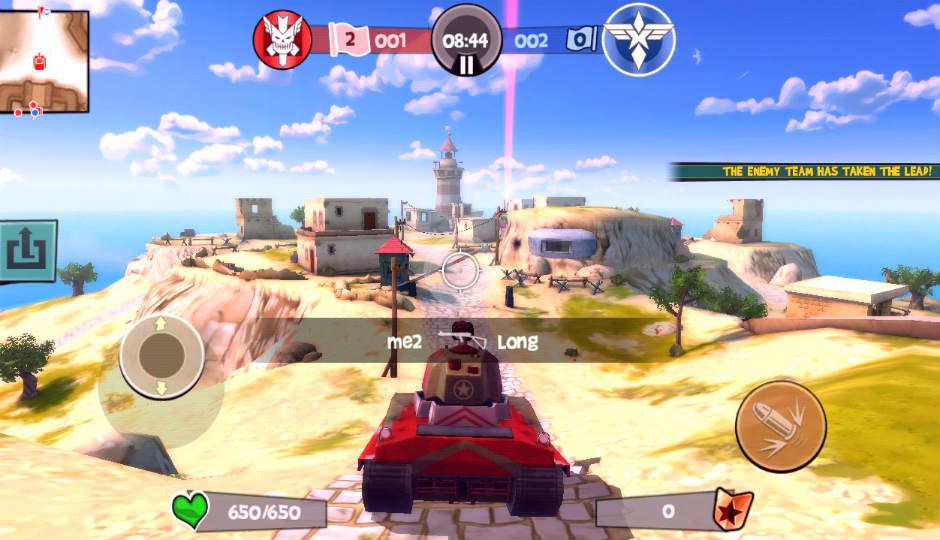 With every possible kind of game now on Android, it’s not surprising that multiplayer games, from shooters to RPGs, are the most popular among them. If you’re looking for a game that will let you play alongside or against other gamers from around the world, try these out.

Note: Most of these are fee to download via Google PlayStore with the exception of the last two recommendations. 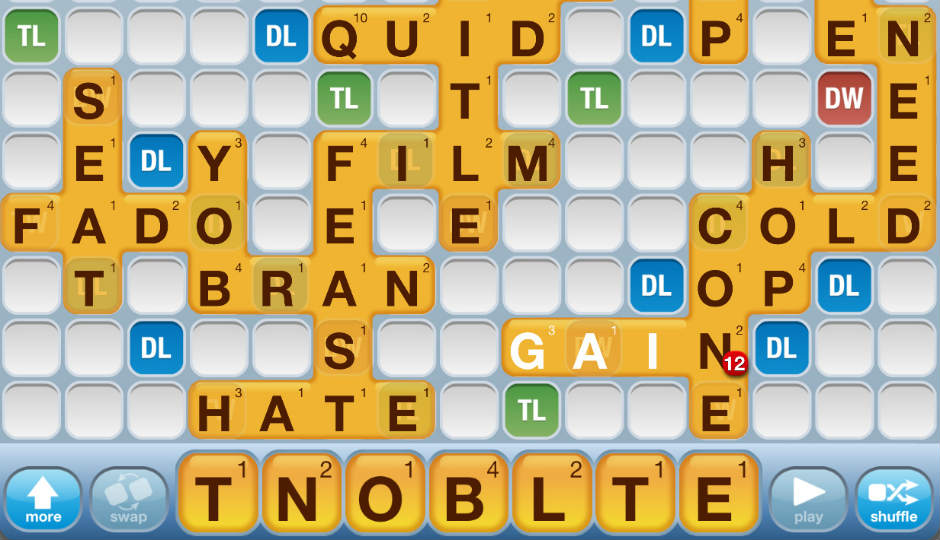 Simple, but addictive, Words with Friends is essentially Scrabble that you can play with either your friends or complete strangers. If you think you have the vocabulary to go up against your friends, then play this free game. 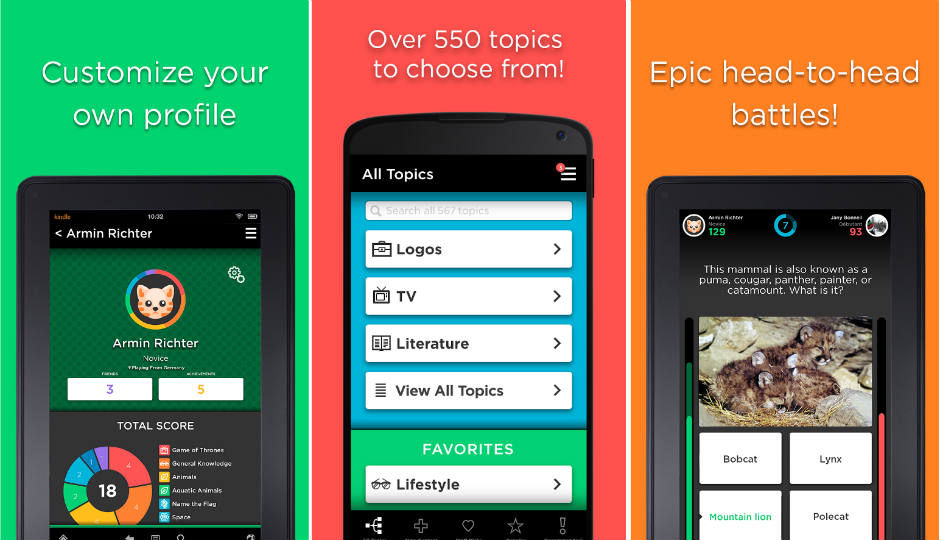 Fan of trivia or general knowledge games? Then Quiz Up is the game for you with hundreds of questions spread across topics as varied as geography to gaming. This free game lets you challenge your friends or battle it out against people online. 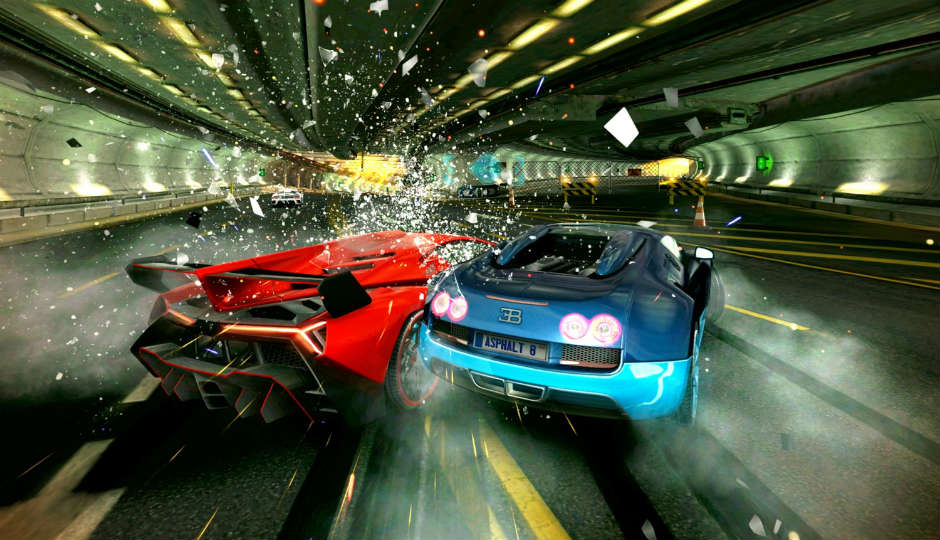 The latest Asphalt racing game has great graphics and gameplay. It also has a solid multiplayer suite and lets you race against eight other gamers in real-time multiplayer races. If you want to challenge your friends, then the game also has an asynchronous multiplayer element that lets you test yourself against your friends’ cars and track times. One of the best looking games for Android, Dungeon Hunter 4 sees Gameloft taking a page out of Diablo’s playbook. The game also has a popular multiplayer component that includes co-op arenas, PvP modes and team based deathmatches. 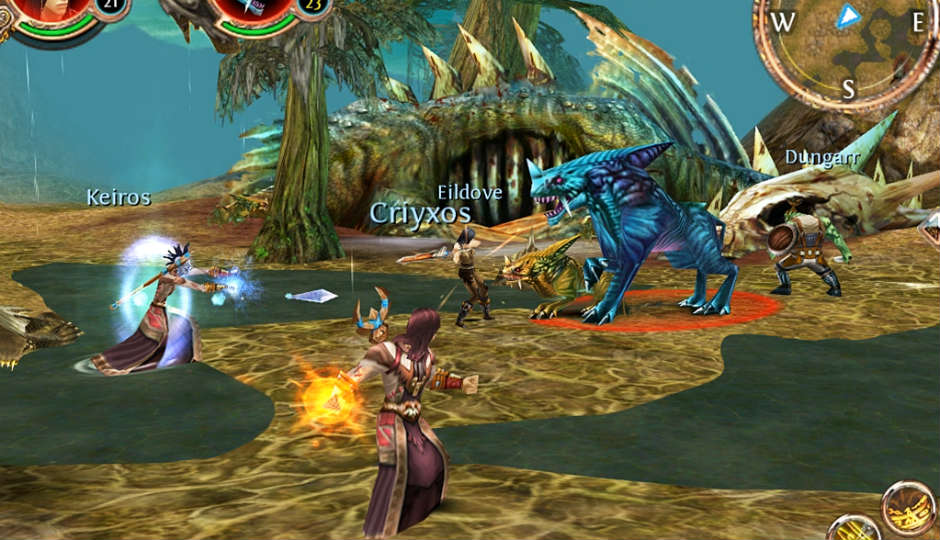 If you live and breath MMORPGs, then Order and Chaos Online is for you. One of the most popular MMORPGs on Android, Order & Chaos Online offers a familiar fantasy universe, classes and RPG elements. Of course, the game requires a moderately powerful phone to run. 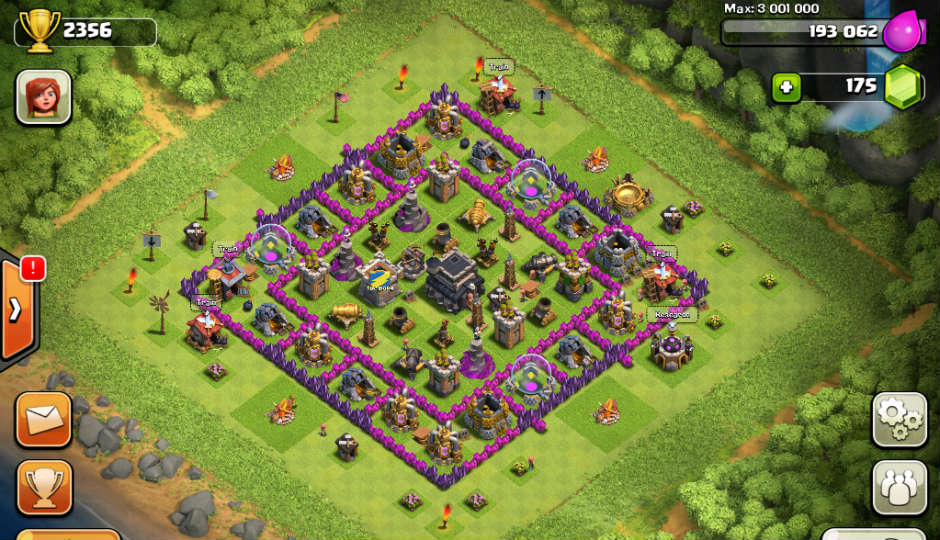 One of the oldest and popular games for Android, Clash of Clans is the spiritual successor to RTS games like Age of Empires and Empire Earth. If you have loads of patience (or a lot of money to blow), then Clash of Clans will let you build a civilization from scratch and battle against other players. 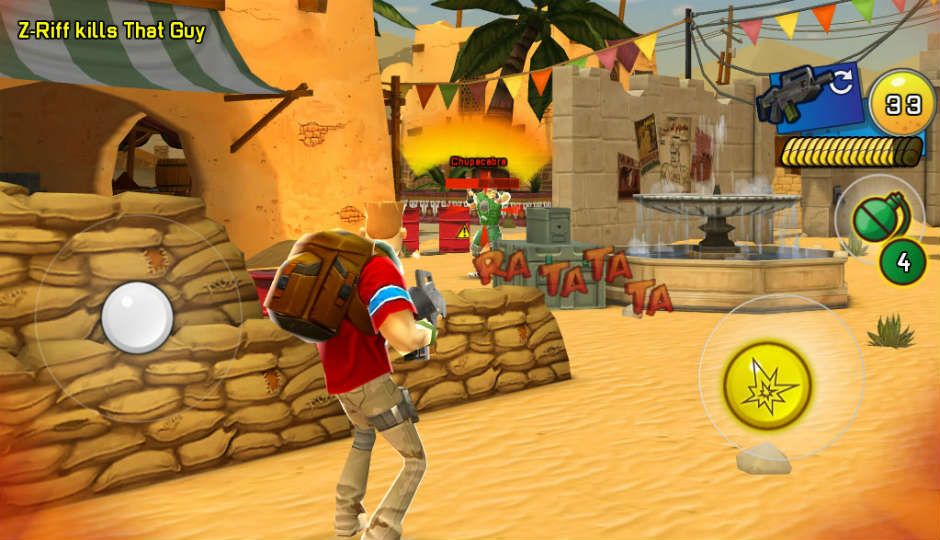 Always wanted to play Team Fortress 2 on your phone? Well, Respawnables may not be the most innovative or unique game, but it brings a lot of Team Fortress 2’s style and gameplay to the small screen. The big difference is that Respawnables is a third-person shooter but the rest of the game, with its class-based squad battles and deathmatches, should sound familiar. 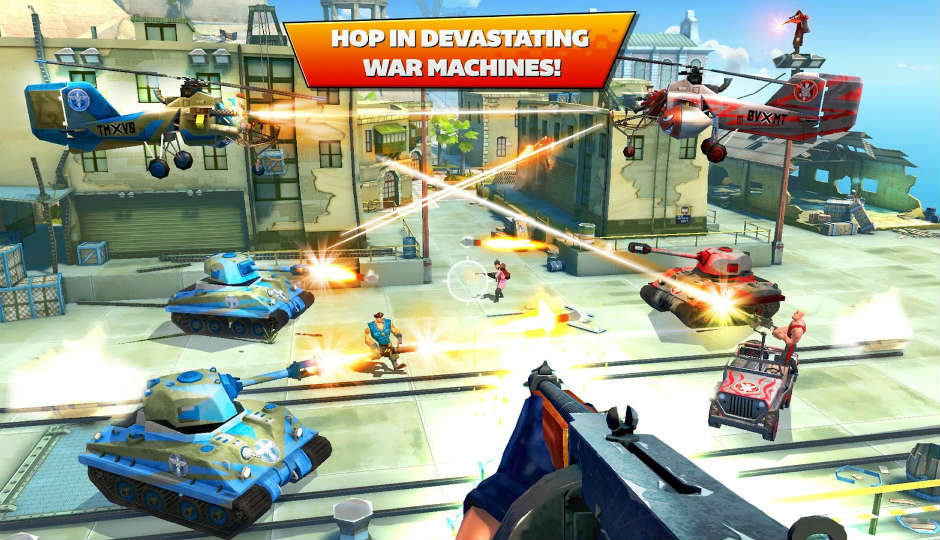 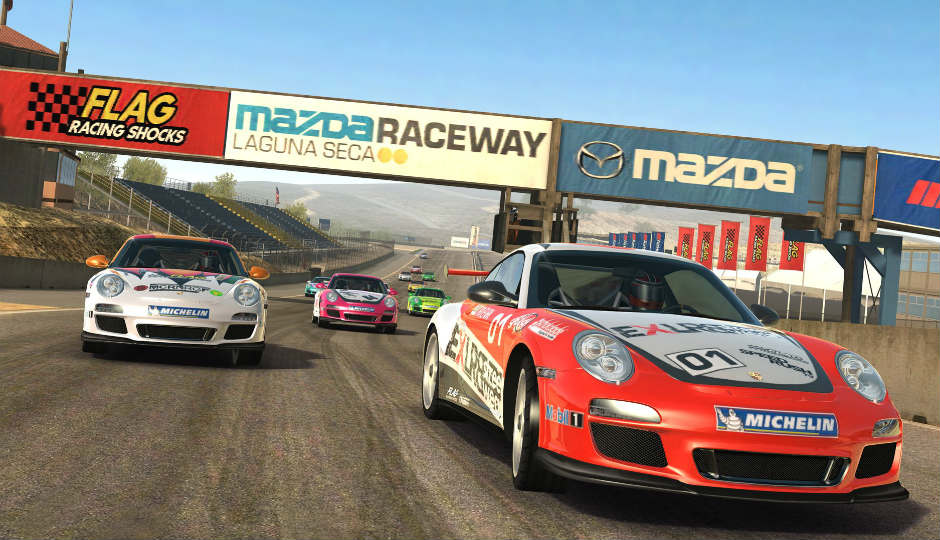 Okay, so Real Racing 3 does not have a real time multiplayer component like Asphalt 8 but it does have solid asynchronous multiplayer that lets you beat your friends’ times and move up the leaderboard. Apart from that, Real Racing 3 probably has the best controls and graphics out of any racing game on Android. 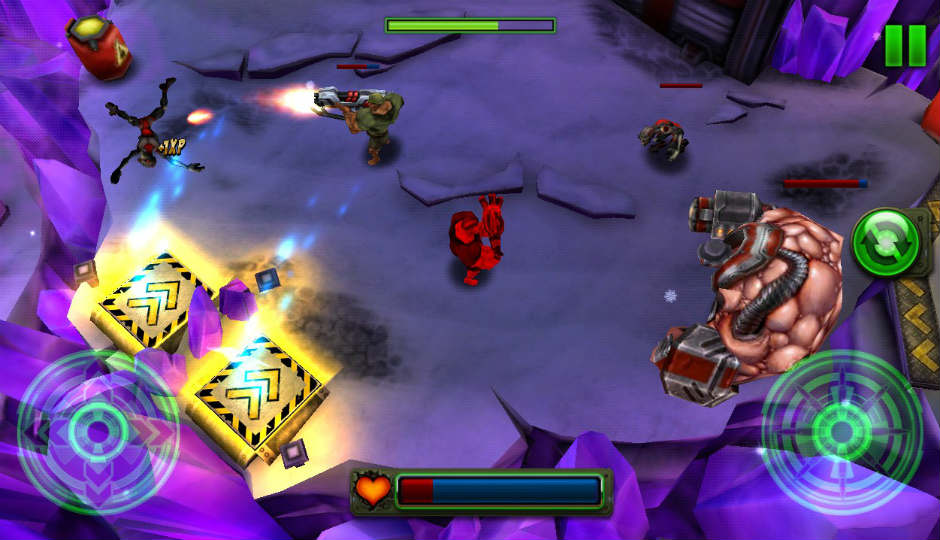 Gun Bros. 2 has a unique take on the shooter genre and adopts the top down dual-stick approach like old action games rather than the modern FPS or third-person approach. And just like ‘80s action games, the gunplay and explosions here are also over the top. Gun Bros. 2 has a simple but fun multiplayer component where you can team up with friends and plow through neverending hordes of enemies. 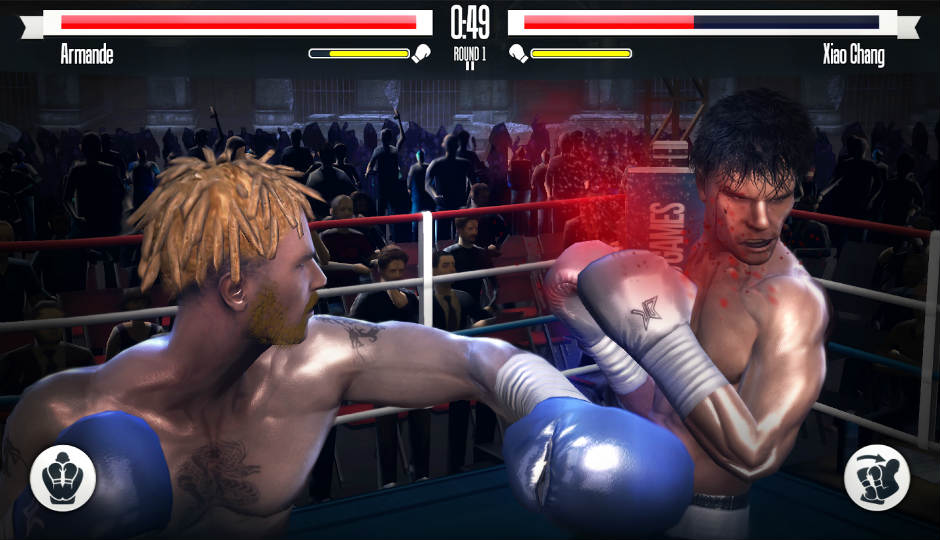 Real Boxing is a very good looking game that puts you in the sweaty boots of a boxing amateur as you try to climb the ranks of the professional circuit. Real Boxing’s multiplayer includes real-time bouts, weekly tournaments and the ability to challenge your friends. 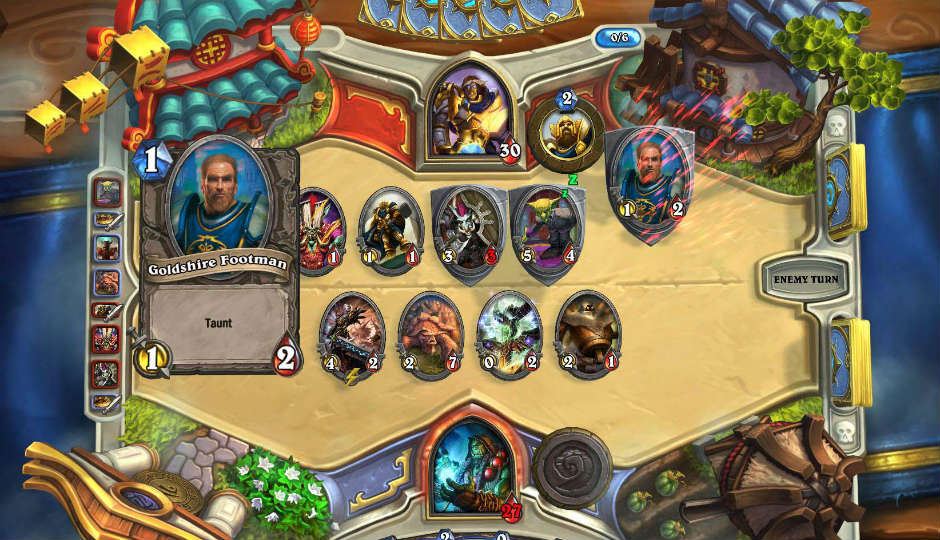 One of the best games launched last year on any platform, Hearthstone is an exceptionally addictive card battle game from Blizzard, the name behind huge games like World of Warcraft, Starcraft and Diablo. Hearthstone lets you build decks of characters from the Warcraft universe and engage in real-time battles against other players. Keep in mind that Hearthstone is only playable on tablets. 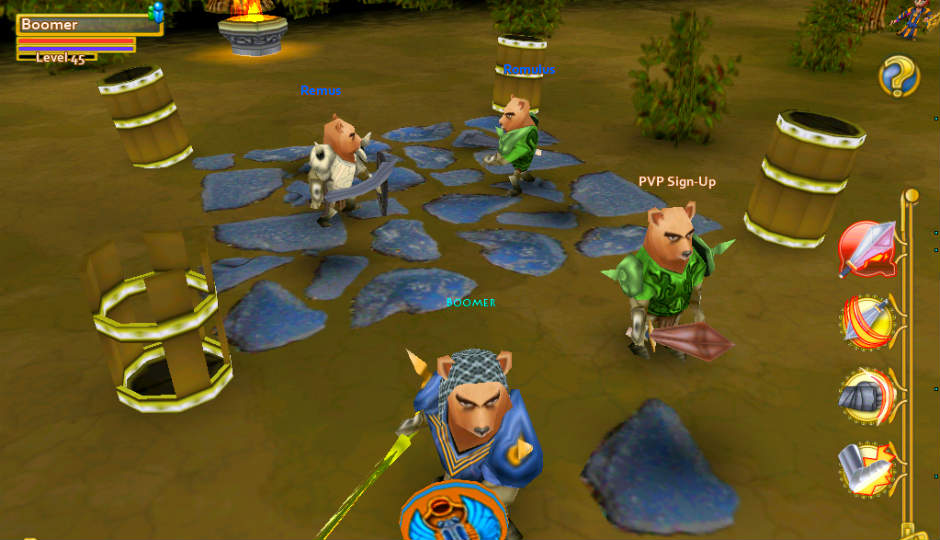 Pocket Legends is a much loved MMORPG that originated on iOS and then made its way to Android. The game lets you traverse a fantasy world and battle monsters with the help of other gamers and even participate in PvP battles. Pocket Legends boasts of charming graphics and is pretty light in terms of hardware requirements. 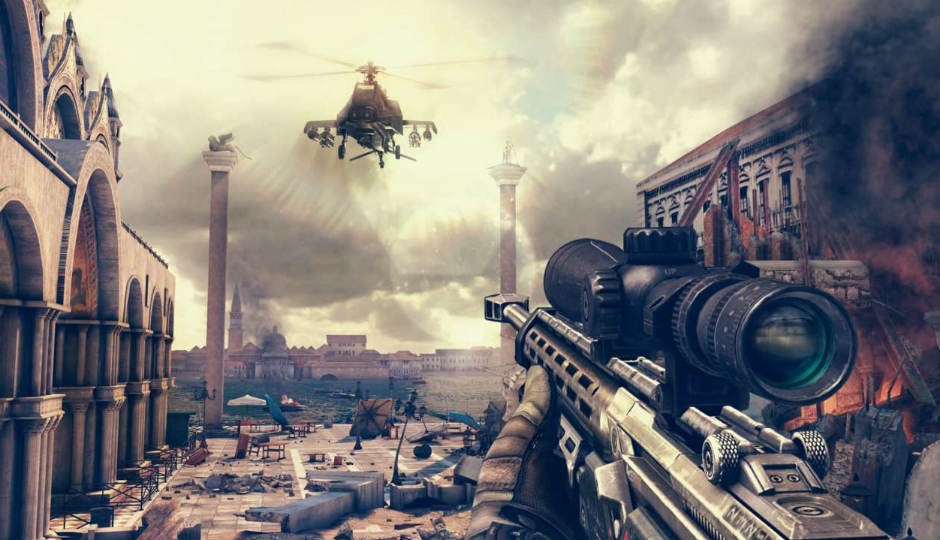 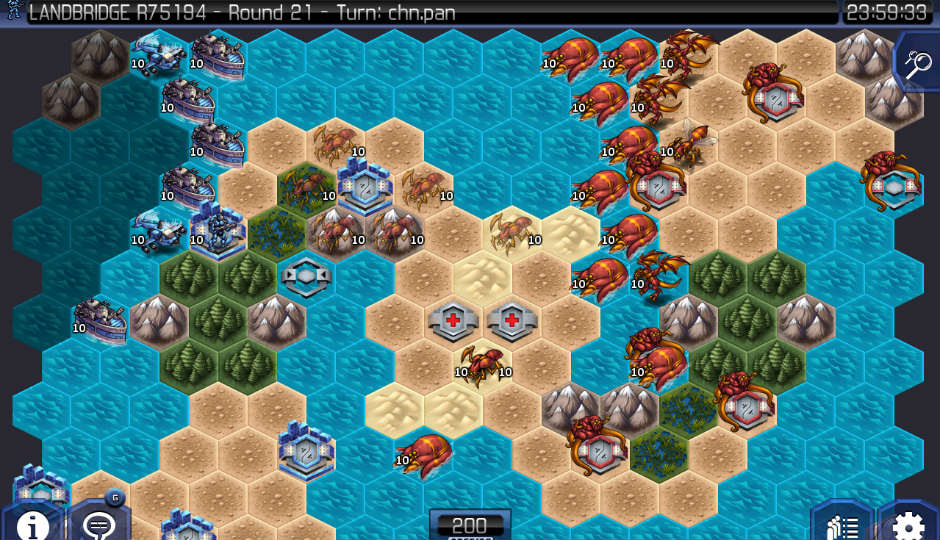 UniWar is a turn-based strategy game that pits you against multiplayer opponents as both of you try to take over each other’s bases with the help of different types of units. UniWar has been primarily designed for multiplayer and lets you take part in 20 simultaneous battles and each battle can have teams of four playing against each other. If you like strategy games, then UniWar is worth the Rs. 274 that it costs.