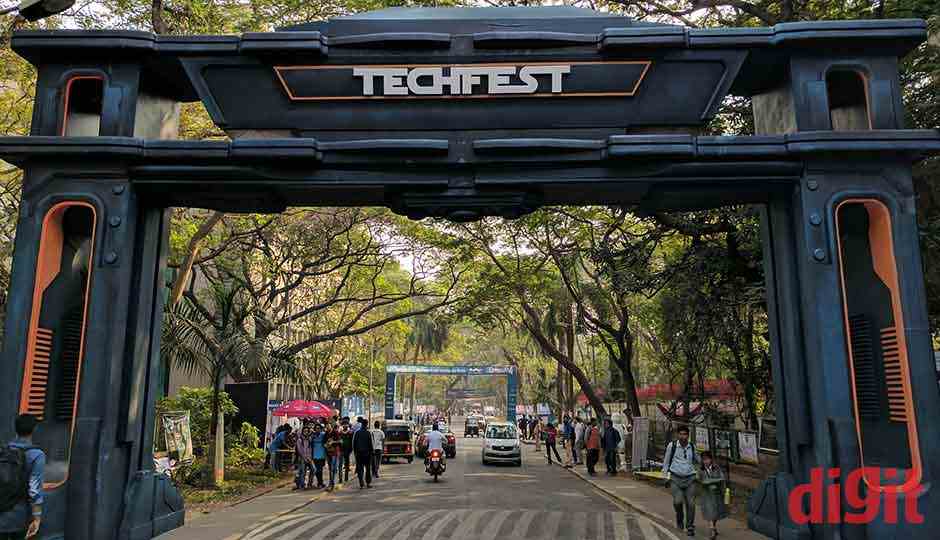 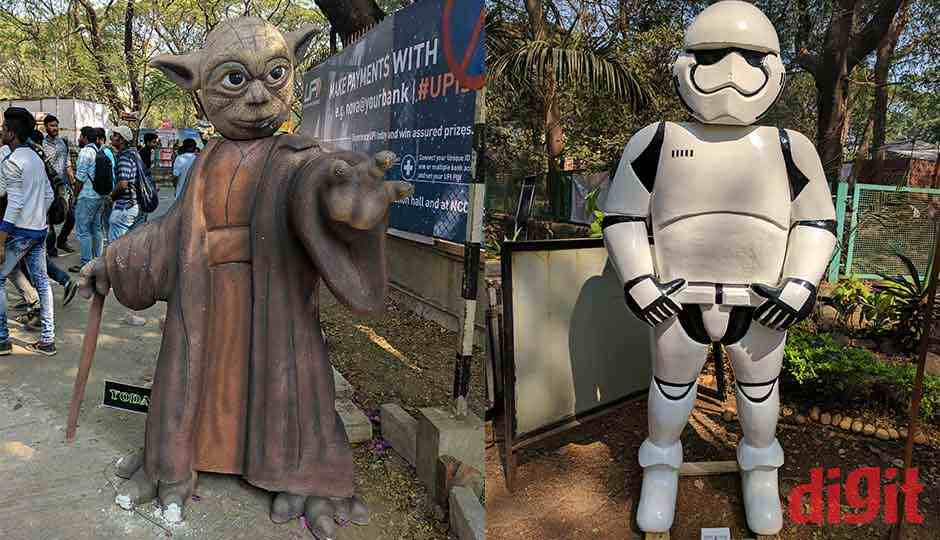 There were quite a few Star Wars figures scattered across the campus.
Could it be a tout for the new Rogue One? 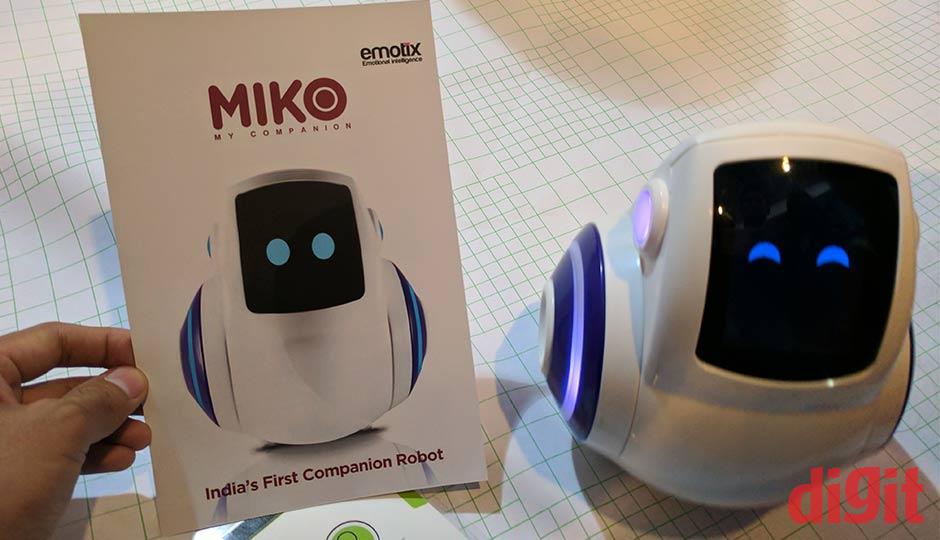 Miko is a companion robot for children made in India by Emotix. It can interact and answer questions, set specific tasks and even understand and adapt to a users' personality using machine learning. 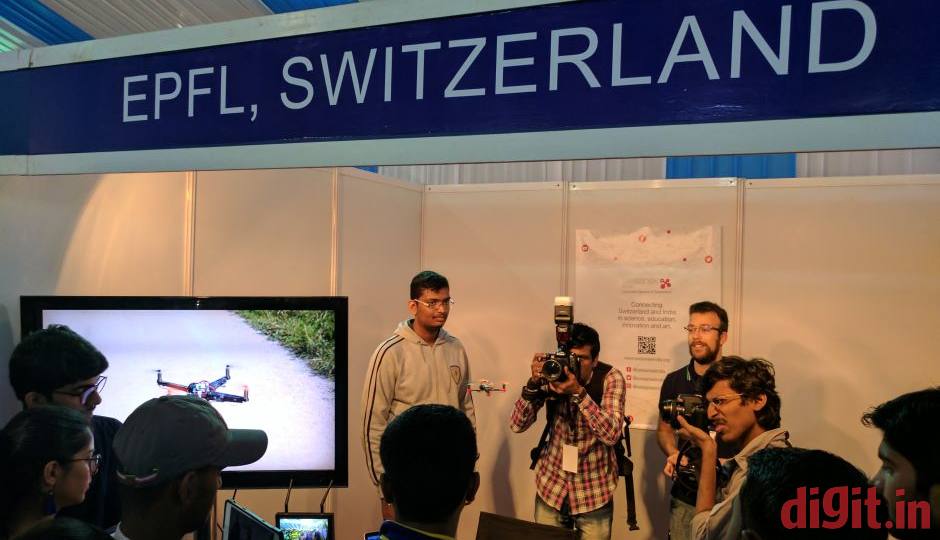 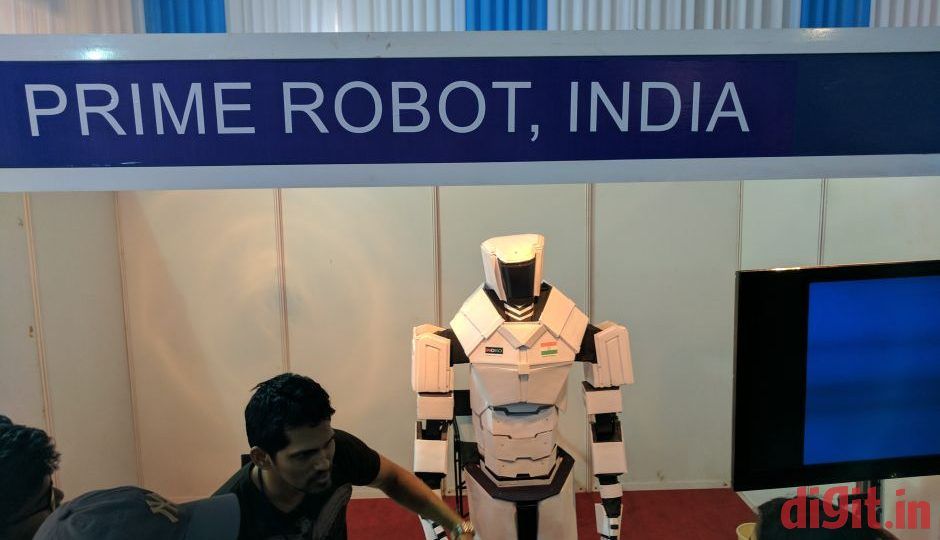 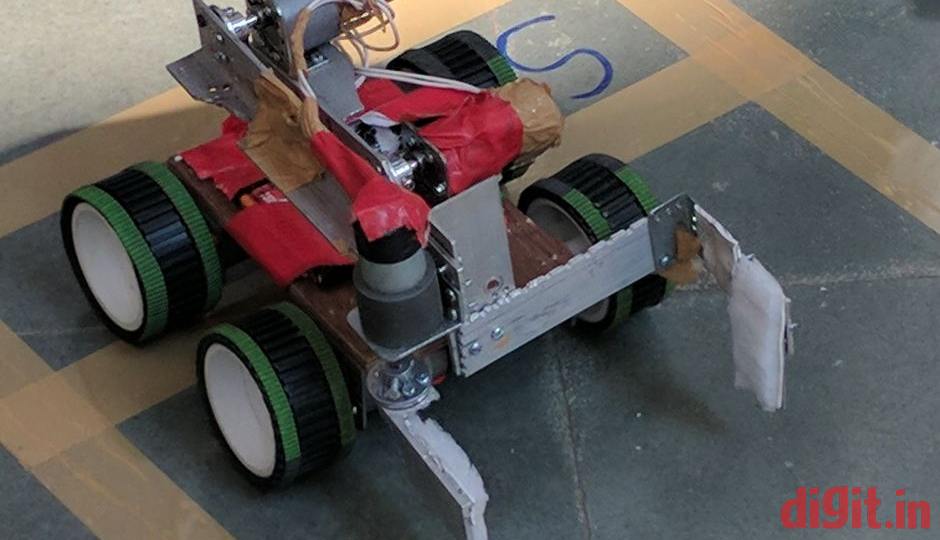 A robot made by a participant all set for "Galactic Trooper" - A contest where the bots need to cross over certain obstacles while also carrying cargoes. 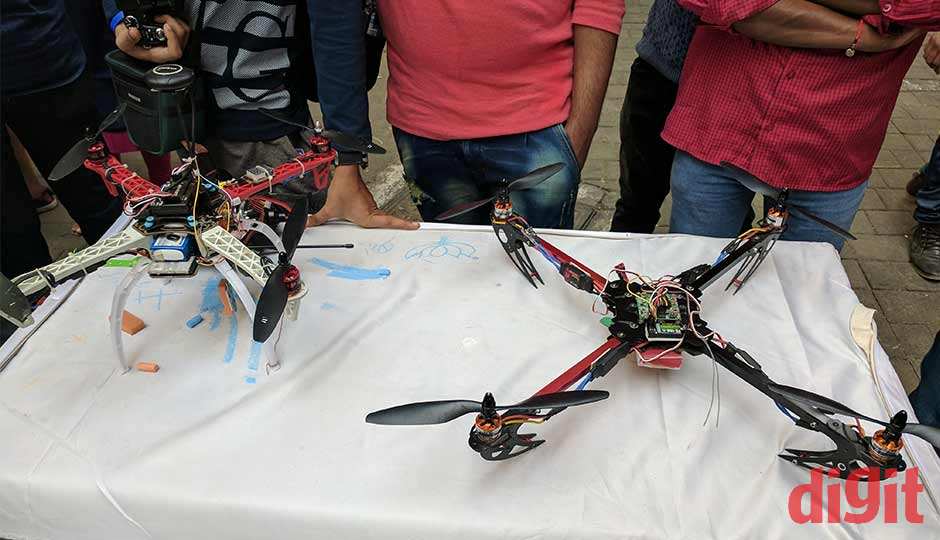 Drones ready to compete for the "Skylark", a drone competition where it must carry loads, hover and fly over obstacles. The participants have come from all over India to participate in this and more such events. 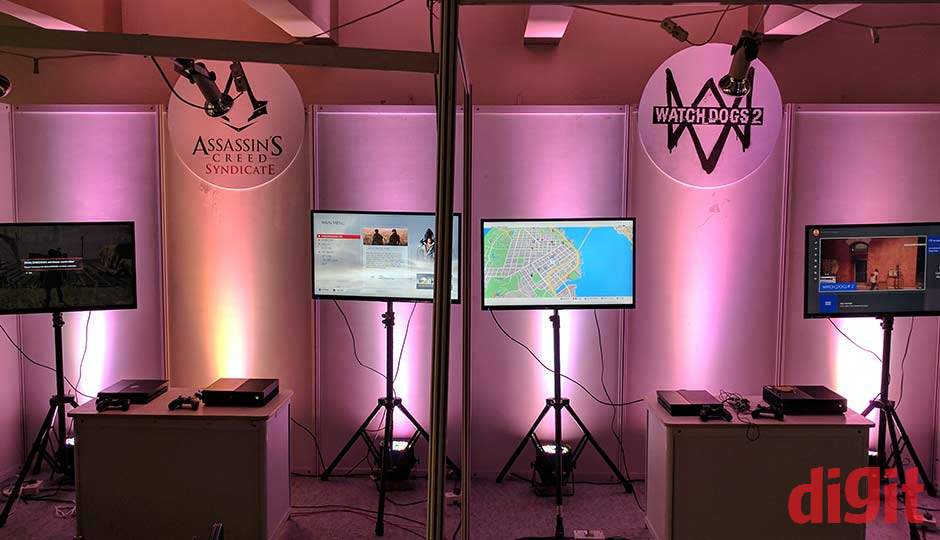 A small section from Ubisoft's game booth in the Ozone areas, the fun filled activity sections scattered around the campus. 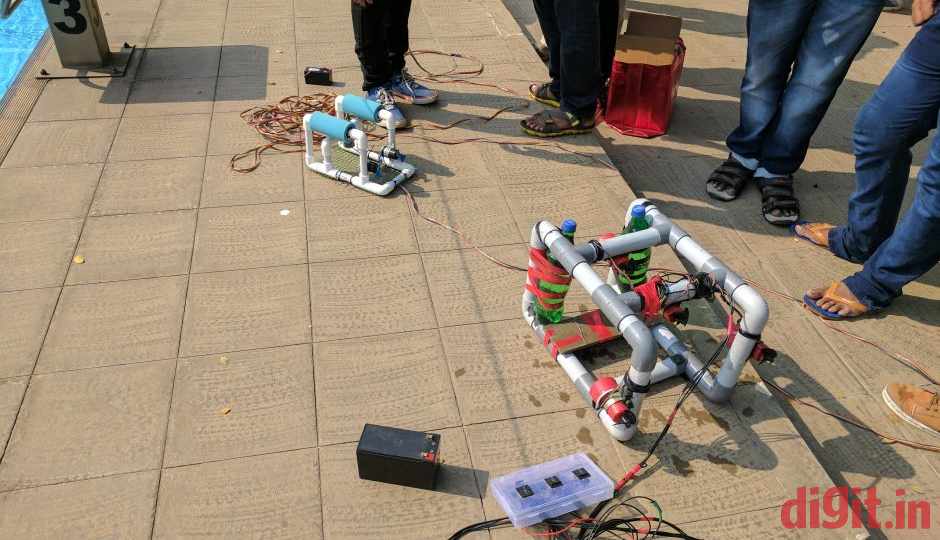 Partcipant made bots ready to submerge in an underwater bot challenge. 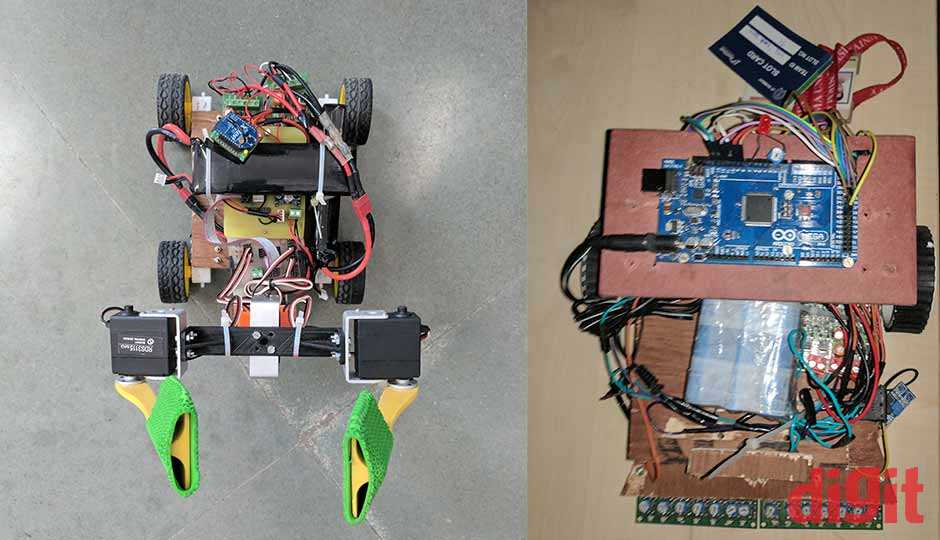 A self-analyzing autonomous robot (right) and remote-controlled utility vehicles (Left), all made by participants. Super Bikes on display at the auto-expo section of the exhibition. 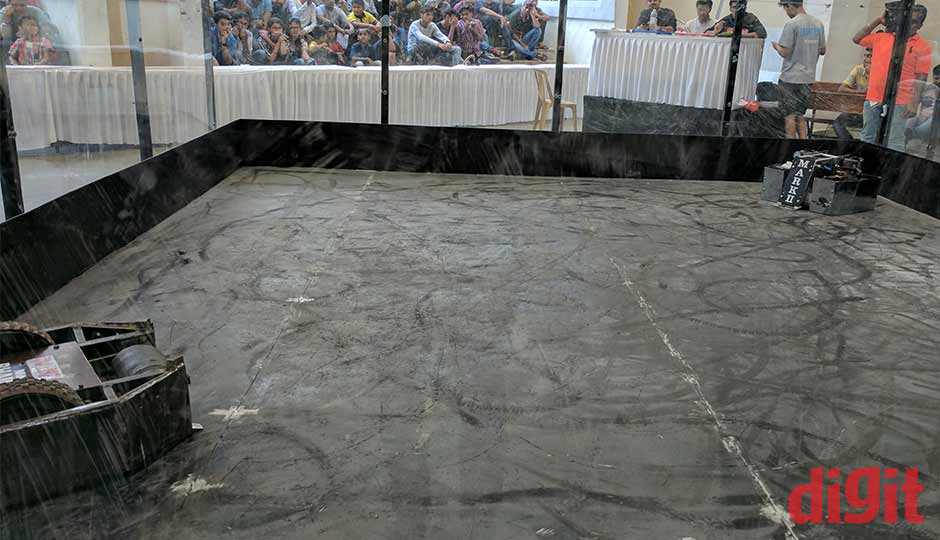 Competing robots in battle stance, waiting for RoboWars action to kick-off. An innovative concept implemented here was digital betting - viewers could use a certain app to bet on the matches with even zero as the betting amount. 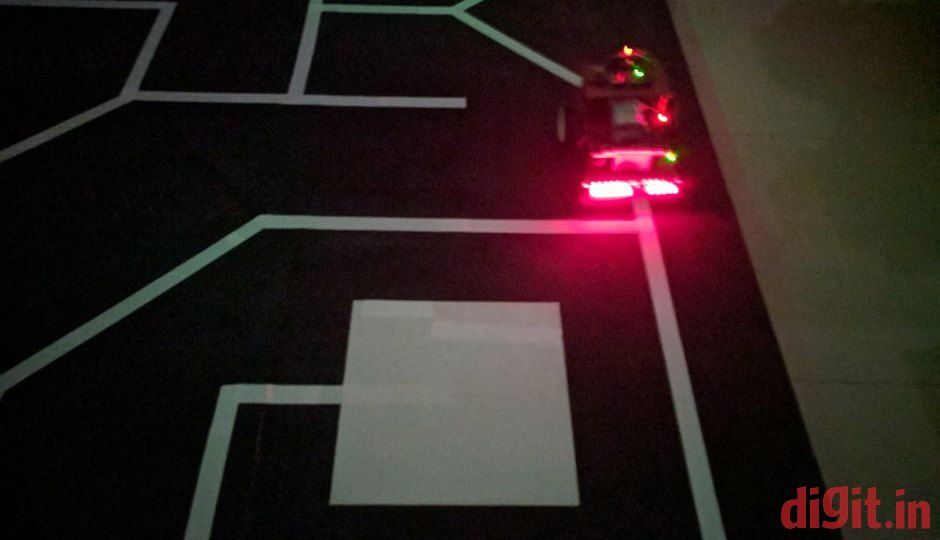 Autonomous robots map around a given surrounding and follow the white path to find the shortest route in a robotics competition on campus. 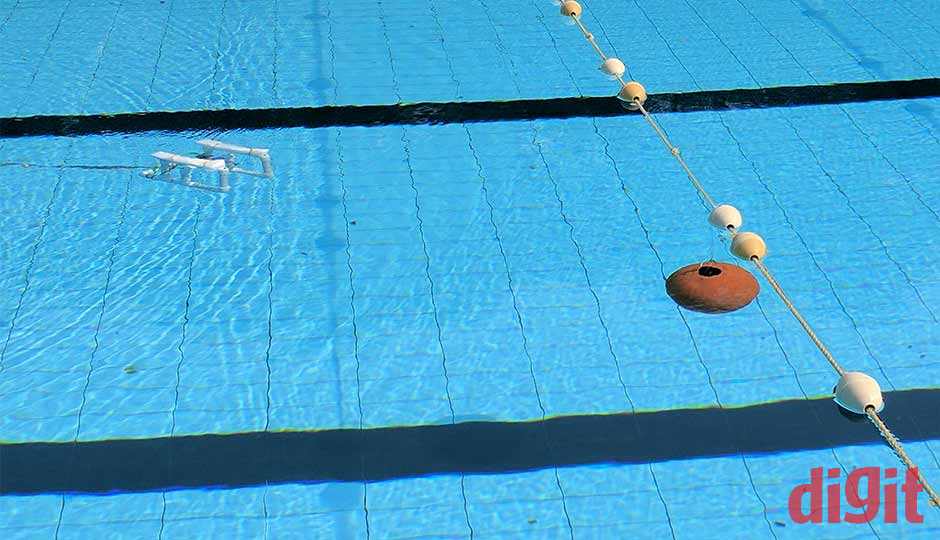 A participant-made remote controlled submarine navigating through a course of obstacles under water in an underwater-robot competition.