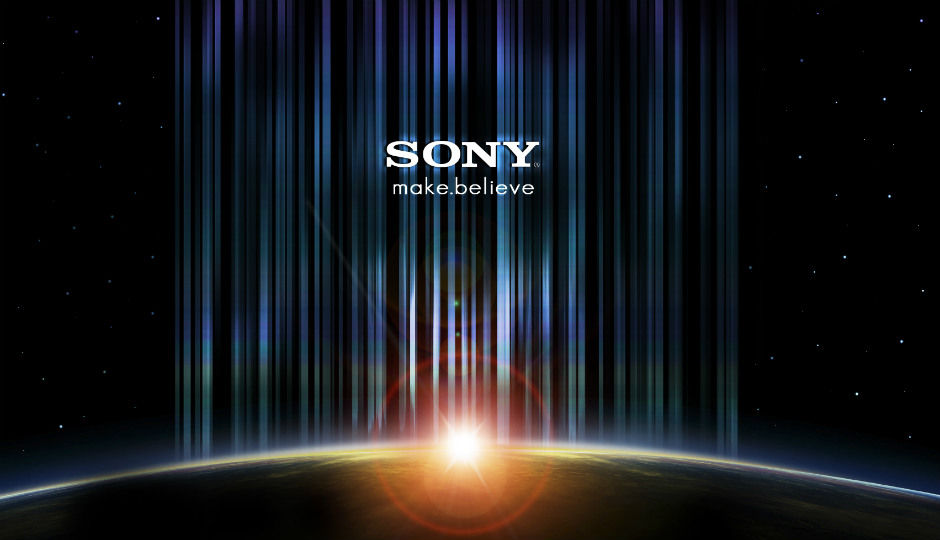 Sony's keynote at CES 2016 did not premiere a smartphone, as many would have expected, but instead showed the world a host of other products, focussing primarily on audio, televisions, cameras and its Life Space UX lineup of smart home products. Sony's new gadgets center around improving its existing lineups, and the Japanese giants have yet again reiterated its stress on quality, premium products, rather than going all-out with extravagant announcements of futuristic components. Here's a look at everything that Sony has on show, at CES 2016, Las Vegas. 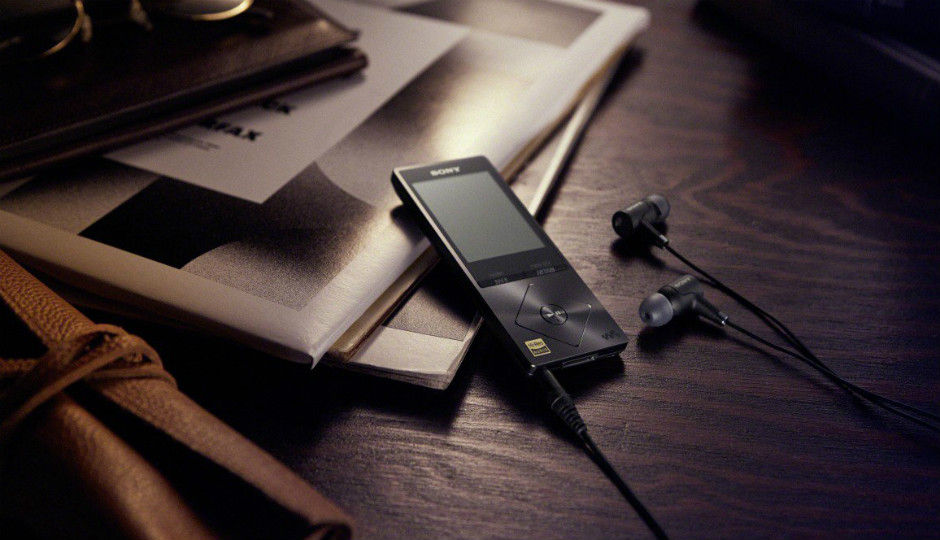 Unlike last year, this year's Walkman is less expensive, does not run on Android, and solely focuses on Hi-Res audio quality. The Sony Walkman A26 can play a host of audio file formats like Apple Lossless and FLAC, and can connect via Bluetooth and NFC. 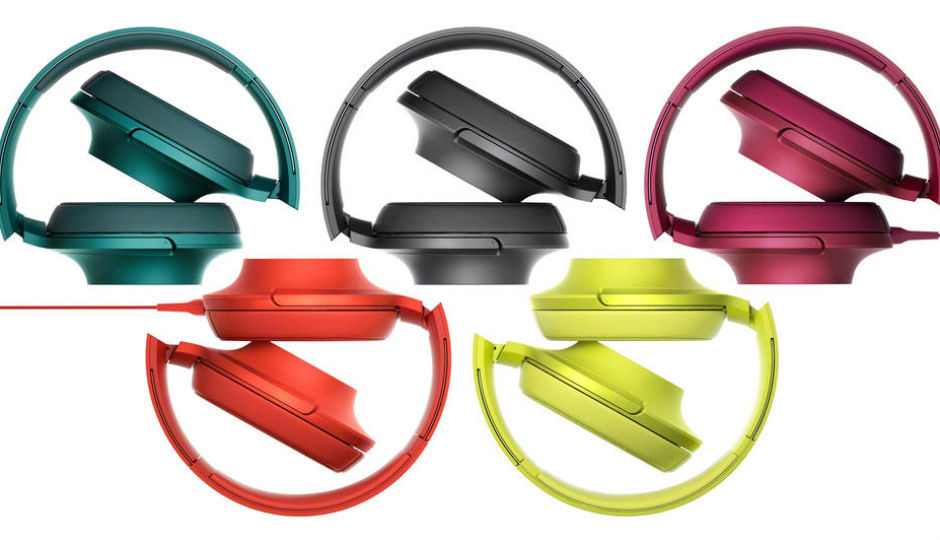 Keeping in line with high fidelity audio, Sony's H.ear series includes the H.ear Go portable wireless speaker, H.ear On over-ear headphones, and H.ear In behind-neck wireless headphones. Each of these are Sony Hi-Res certified, and Sony has touted the H.ear Go to be the world's smallest Hi-Res speaker. 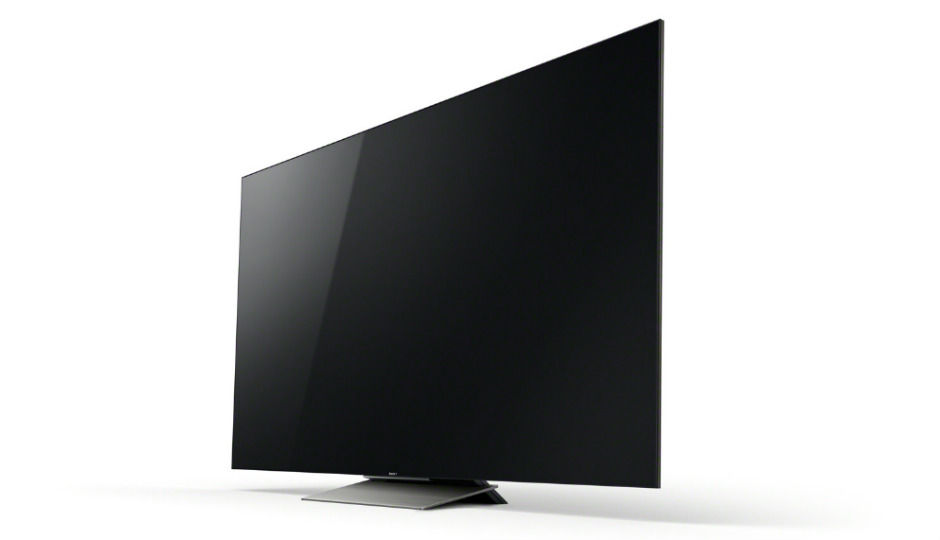 High Dynamic Range (HDR) is a major theme at CES this year, and Sony has launched three televisions in this segment - BRAVIA XBR-X930D, X940D and X850D. Sony has also introduced a "Slim Backlight Drive" technology that can render better balance of backlit pixels. Apart from 55" and 65" screen sizes across all the TVs, the X940D will have a 75" variant, and the X850D will also have a massive 85" variant.

All of these televisions will run on Android TV. 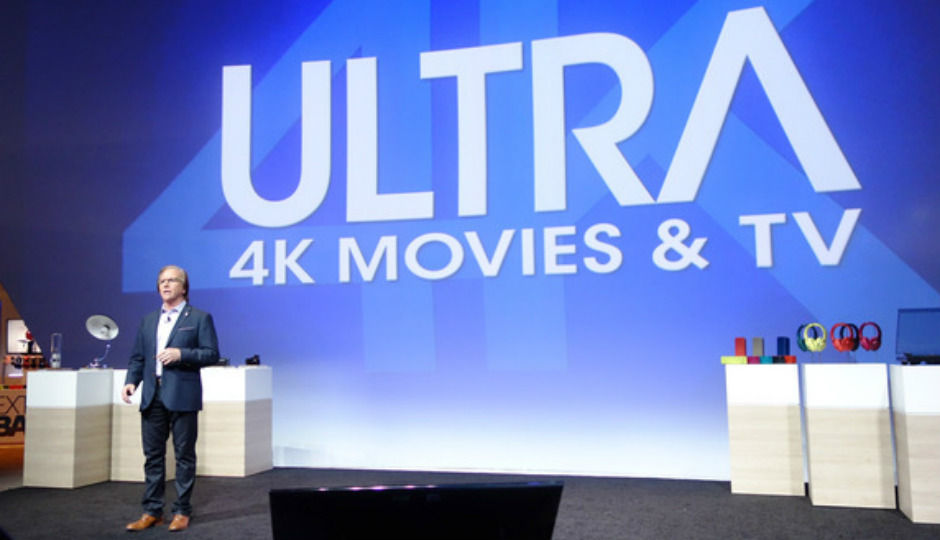 One major source of concern for 4K television owners is the lack of enough ultra high resolution content to watch on the TVs. With 4K TVs becoming less expensive and reaching out wider, Sony has unveiled its 'Ultra' 4K streaming service, which will allow 4K TV owners to purchase and stream high resolution movies and shows. Ultra will begin streaming in USA, and spread internationally later. 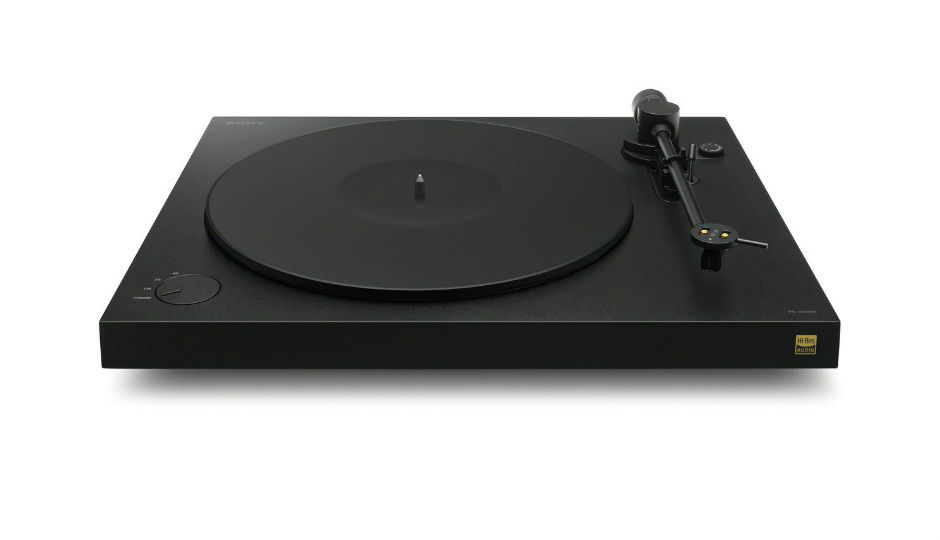 One of the major head-turners at Sony's CES 2016 excursion is the HX500 vinyl turntable. This analog-to-digital turntable is Hi-Res rated, converts analog signals to digital, and also allows you to edit tracks via an app that can be connected to the turntable. 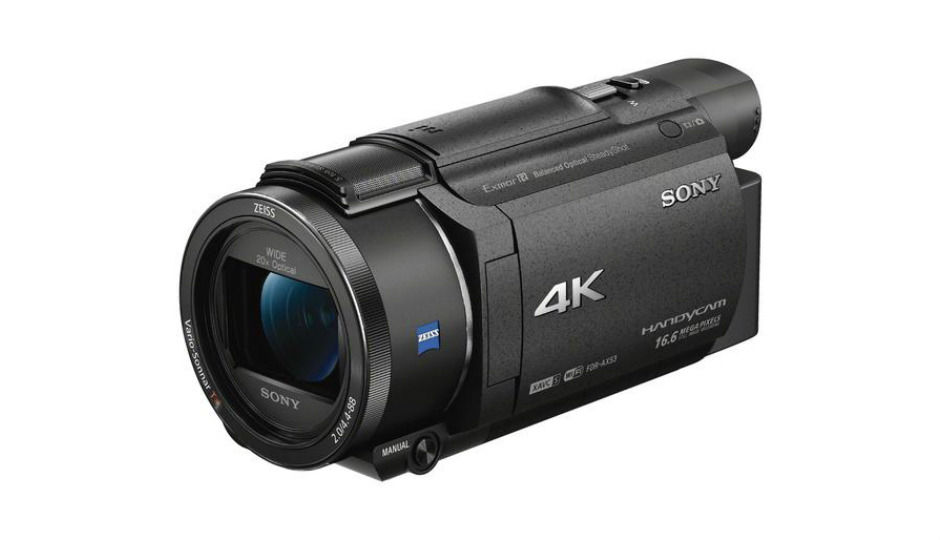 Sony's tryst with 4K continued with the FDR-AXP55 Handycam. Alongside featuring 4K recording capabilities, the Handycam also has a built-in projector that can cast your recording to the nearest wall at a resolution of 854x480 pixels. It houses an Exmor R CMOS BSI sensor. 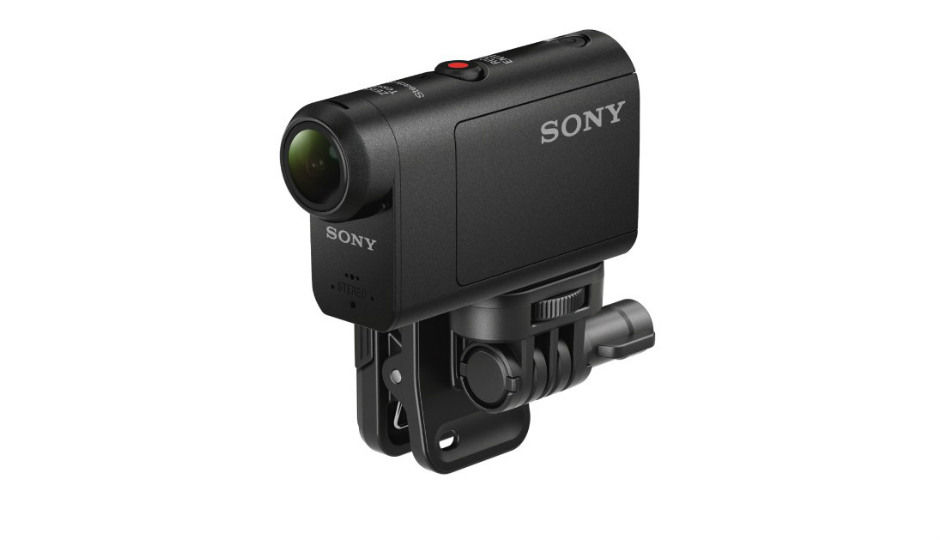 Sony's action camera series received decent upgrades, with the AS50 and AS50R action cameras. The new action cameras feature Advanced SteadyShot optical stabilisation, 11.1MP BSI CMOS sensor (1080p video, 4K timelapse out of stills), a new Zeiss Tessar lens, and most attractively, a Live View remote that can be worn on the wrist. 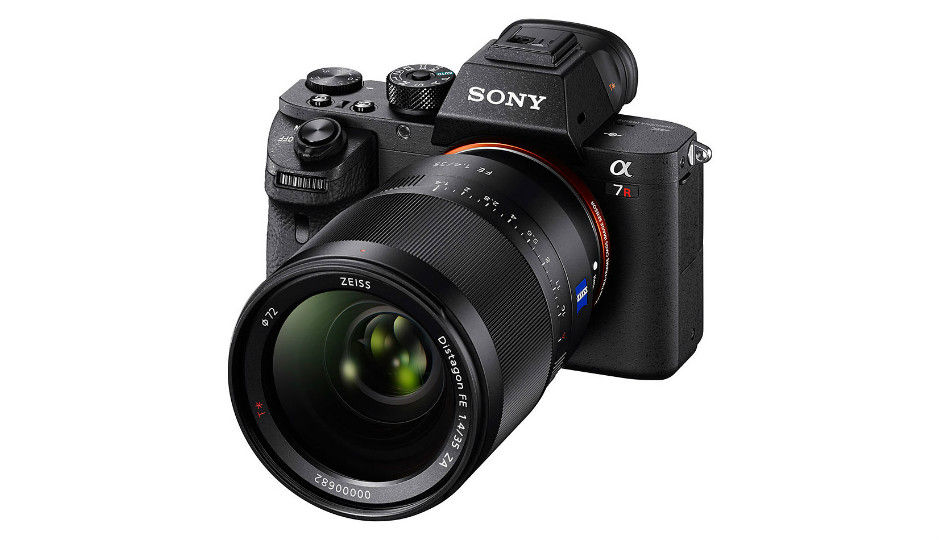 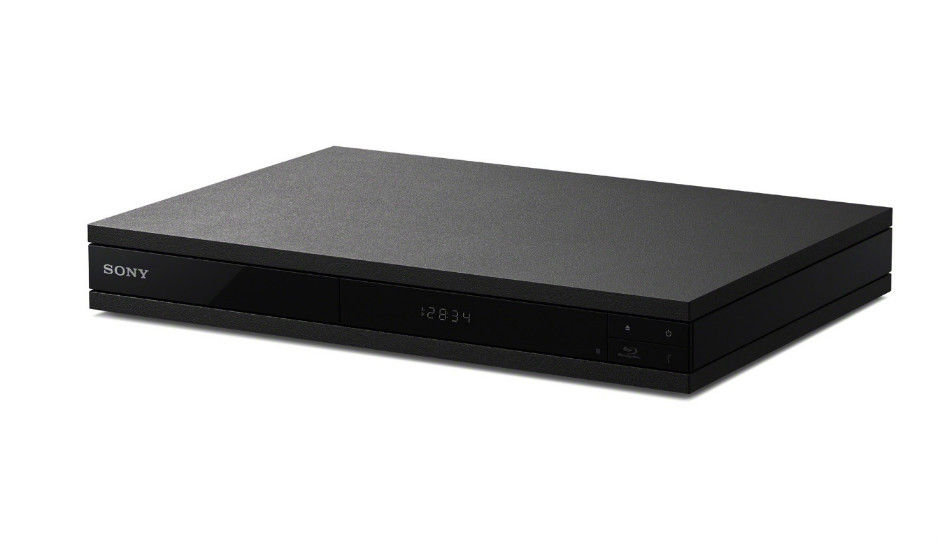 The Sony UHP-H1 Blu Ray player will serve as Sony's flagship Blu Ray player, playing 1080p content. Unlike Panasonic and Samsung, Sony did not launch Ultra HD playback support on its flagship device, relying yet again on its Hi-Res technology. 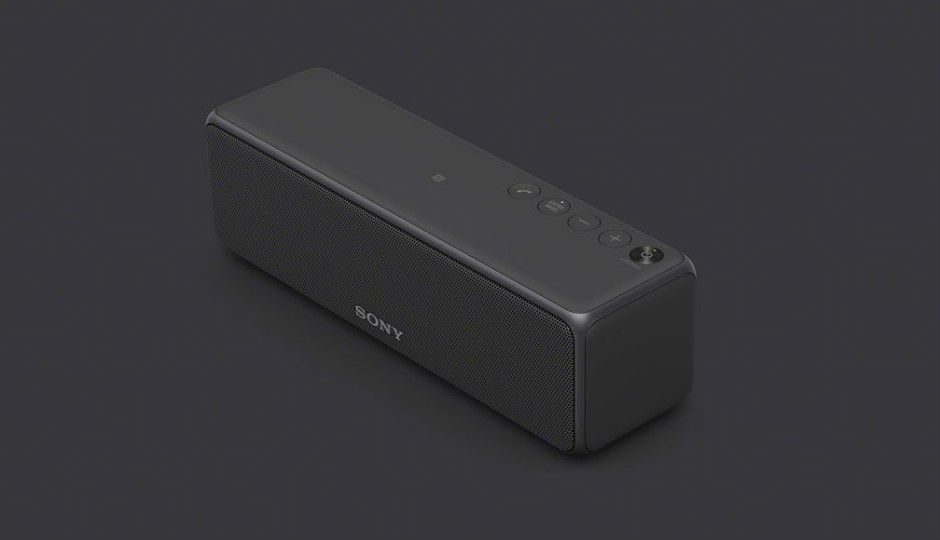 Sony's EXTRA BASS lineup saw the addition of a pair of headphones - the MDR-XB650BT wireless headphones, and XB2 and XB3 wireless Bluetooth speakers. The MDR-XB650BT is compatible with high fidelity audio playback, and features a swivel build.

The SRS XB2 and XB3 are portable speakers in Sony's EXTRA BASS range, featuring 42mm and 48mm gauges, respectively. While the XB2 has a single passive radiator for added bass, the XB3 has dual passive radiators. 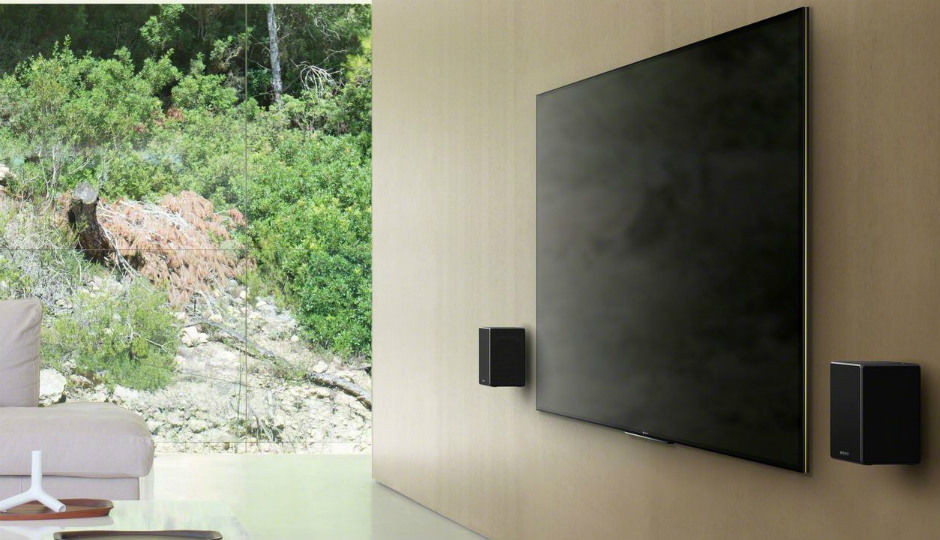 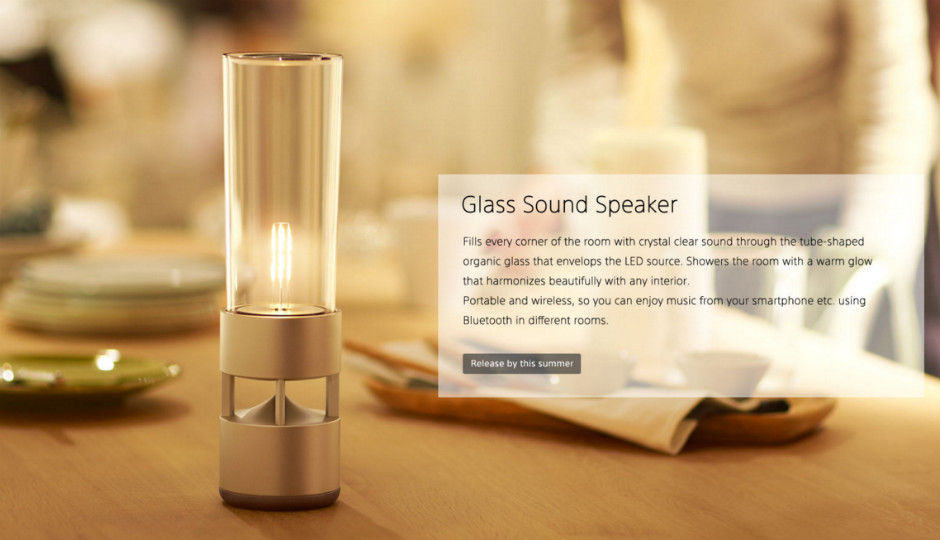 Yet again focussing on aesthetics and premium audio quality, the Glass Sound is a follow-up to Sony's Symphony speaker. Featuring an LED lamp, the Sony Glass Sound speaker can connect wirelessly via Bluetooth to smartphones. 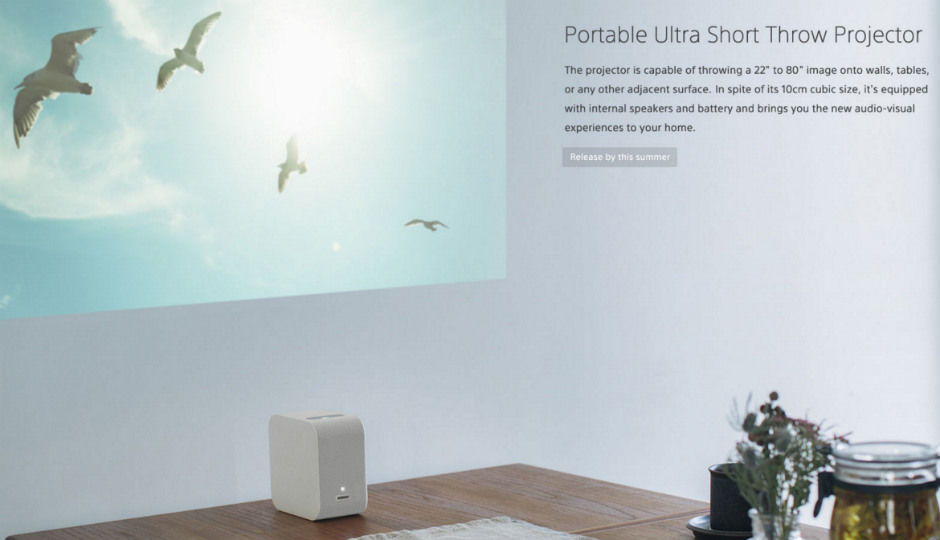 The 10cm cubic Portable Ultra Short Throw Projector by Sony can display an 80-inch image on a wall within as short a distance as two feet. Pricing and availability of the short range projector are yet to be announced, although it will initially launch in the United States of America.