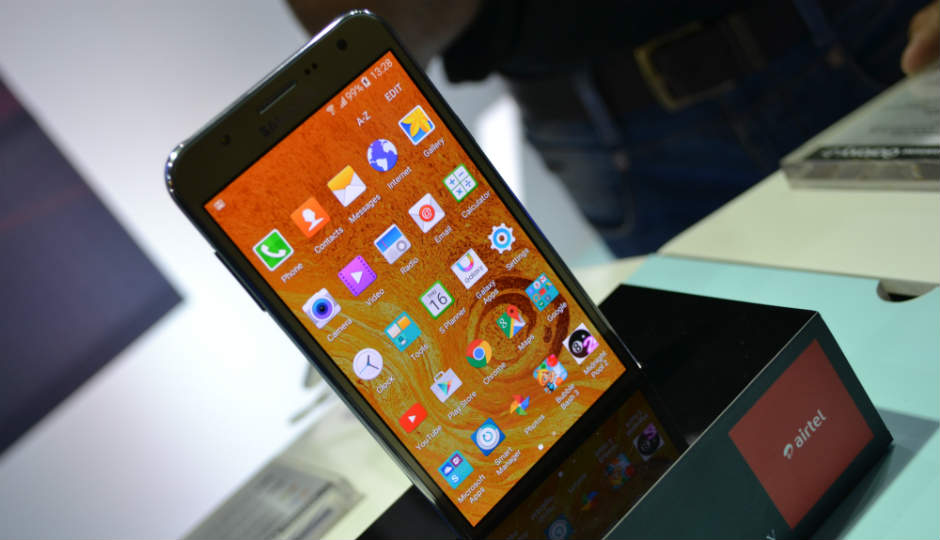 Samsung announced two new phones in India yesterday, the Galaxy J5 and J7. The phones will cater to the 10-15k price segment. The Galaxy J5 is at priced at Rs. 11,999, and the Galaxy J7 at Rs. 14,999. The duo has a number of common features, highlighted in following slides. 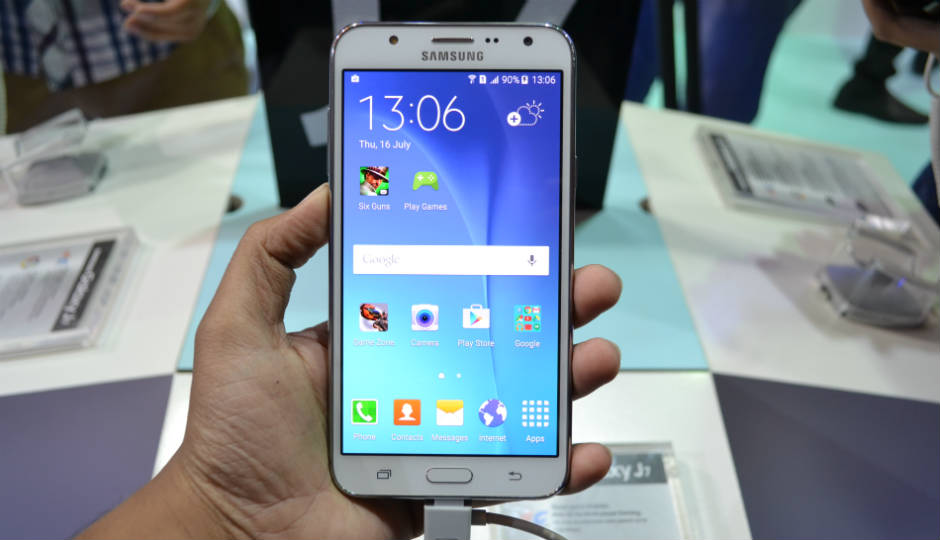 This is the Galaxy J7, the bigger of the two. 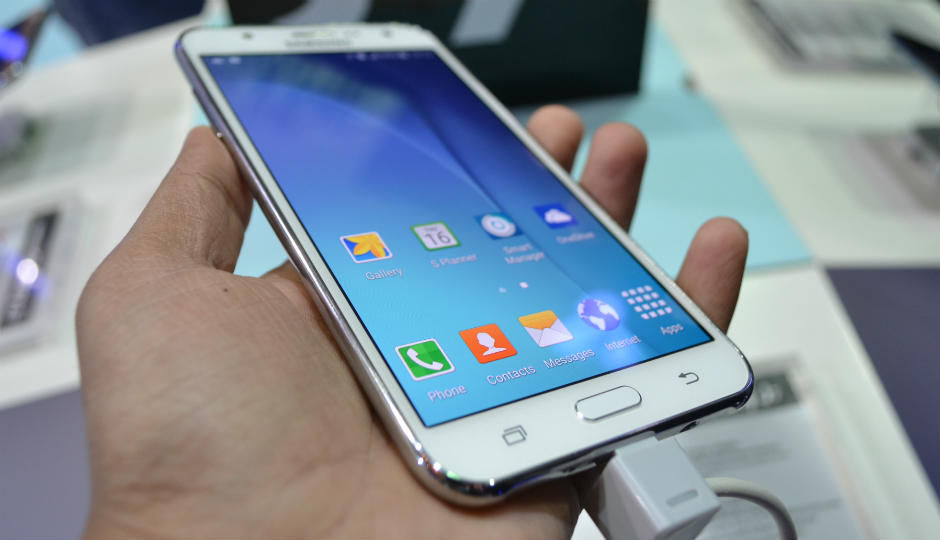 At 170 grams, the phone feels slightly heavy, and the large screen is reminiscent of the old Galaxy Grand. While newer phones from Samsung’s A series have shed the plastic and opted for a metal shell, the Galaxy J7 has plastic all around. The phone also gets a removable back. 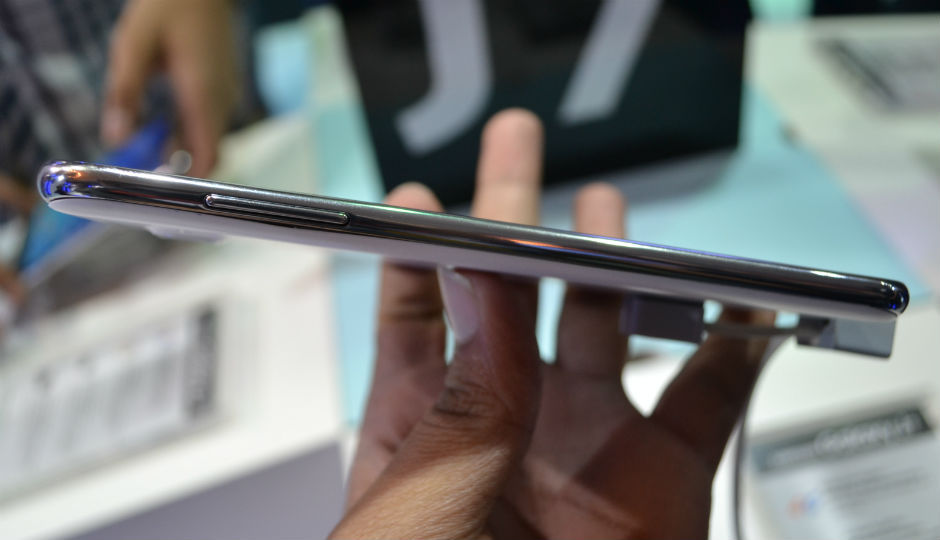 The left side of the phone has the volume rocker, which is not adequately raised. 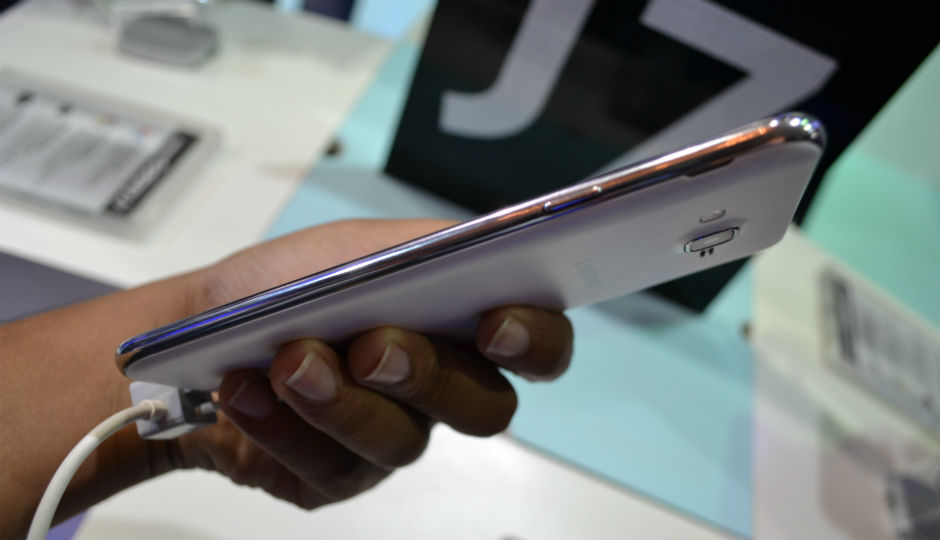 The right side holds the power/lock button. The sides get a metal finish over plastic, like many other Samsung phones. 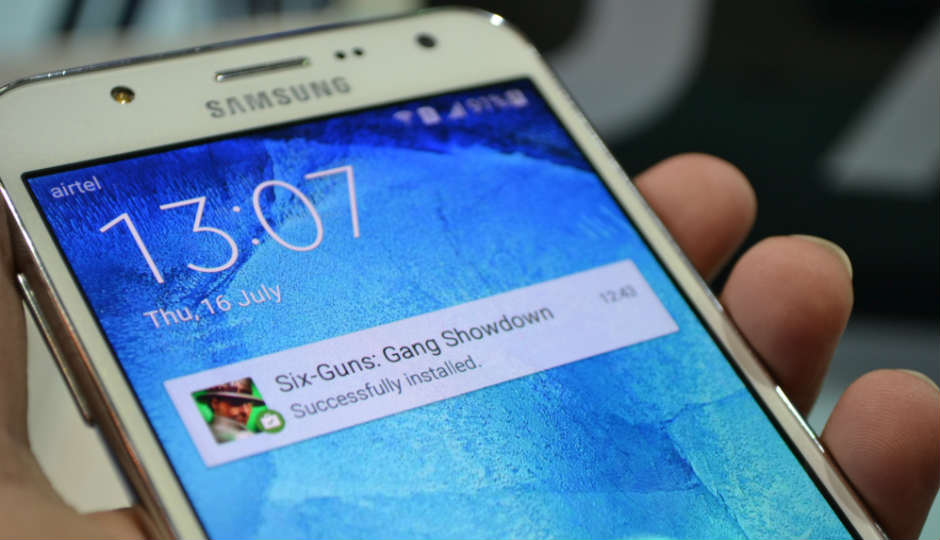 The phone features a 5.5-inch Super AMOLED display which has good viewing angles and sharp contrast. The display runs at a 720p HD resolution. 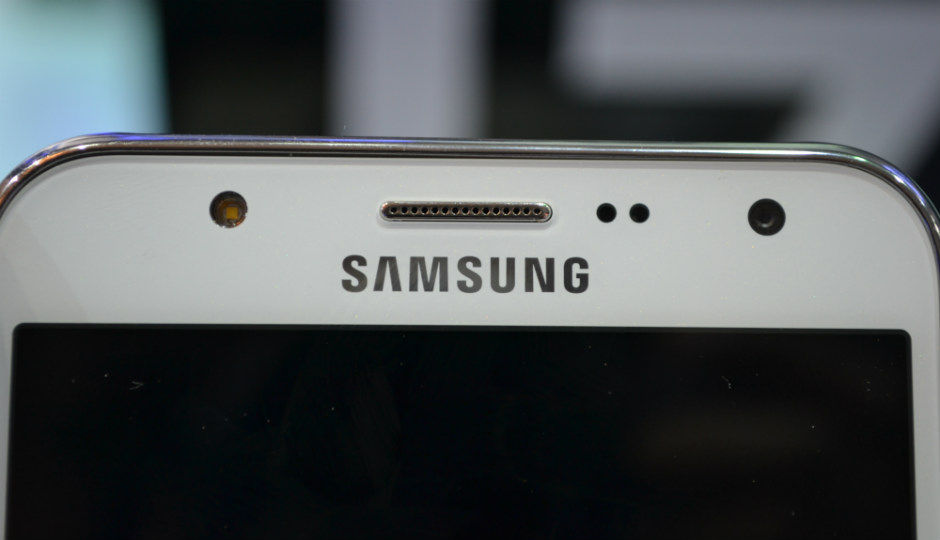 At the front, the Samsung Galaxy J7 gets a 5MP camera. Samsung has also put an LED to enhance night time selfies, but we need to spend more time with the phone to affirm their feature. The button layout of the navigation keys is again typically Samsung, with a virtual multi-tasking key on the left, and the back button on the right. The home button is still physical, with weak feedback. 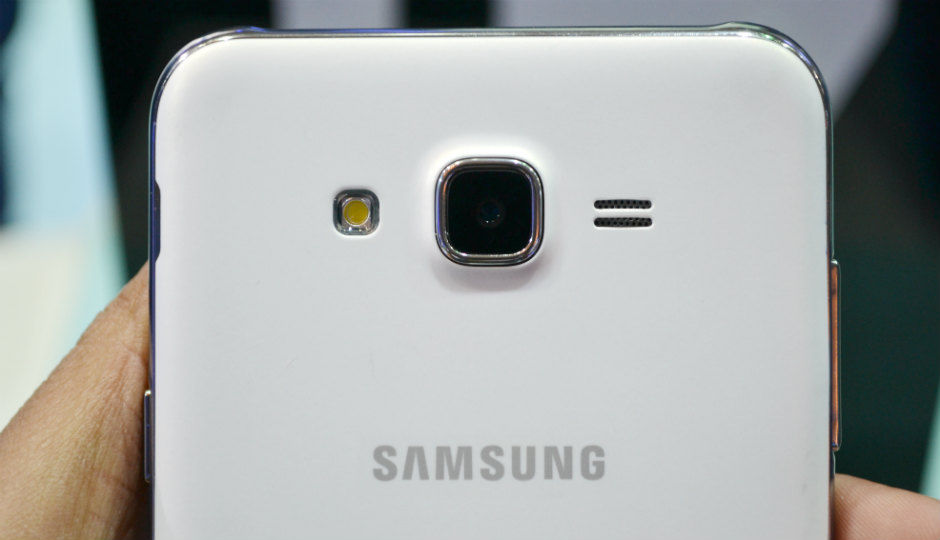 The back of the Samsung Galaxy J7 houses a 13MP camera, which looks good from initial impressions. Shooting photos seemed to lag slightly, but the overall quality seemed nice. We will know more once we get the device for review. 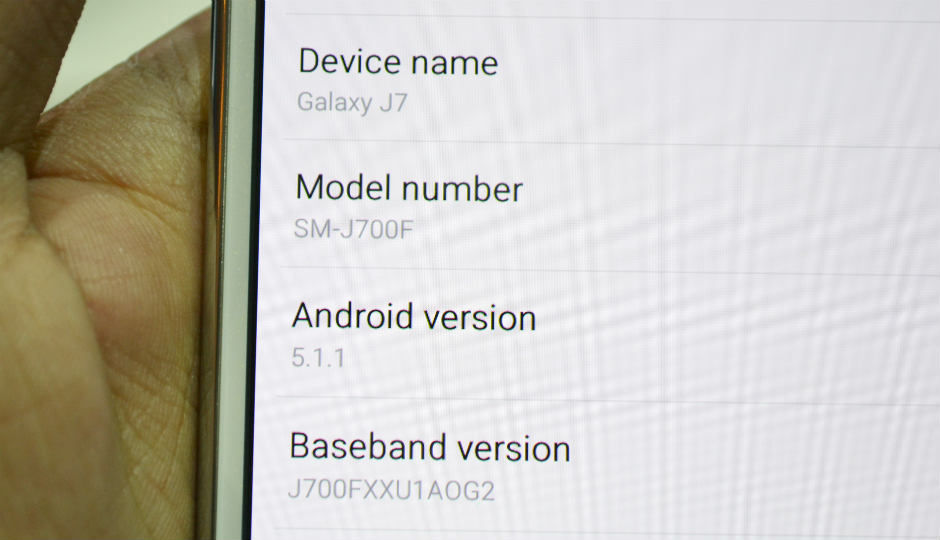 The phone is running on Android v5.1.1 out of the box and Samsung’s new TouchWiz UI is also less intrusive. Bloatware is kept to a minimal and the overall interface felt smooth while we checked the phone. Samsung is promoting the gaming capabilities of both the phones, and with the little time we spent with the J7, its claims felt trustworthy. 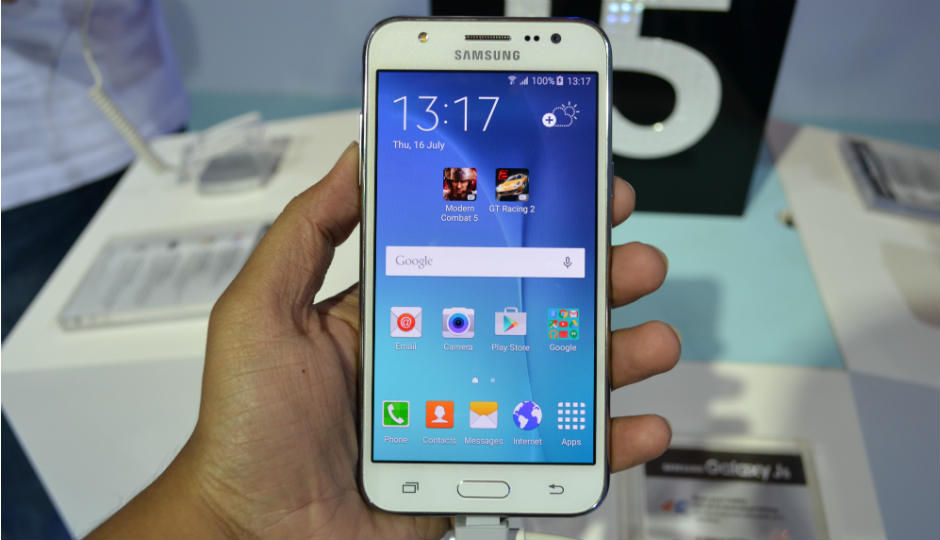 This is the Samsung Galaxy J5, with a smaller display of the two. Here is a quick look at the specs: 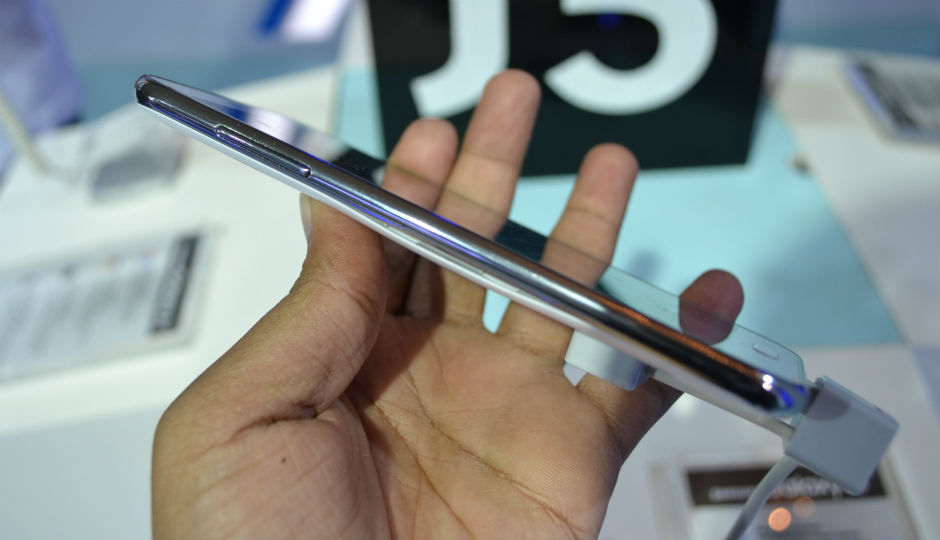 The phone is mostly plastic with a similar removable back. Power and volume buttons are exactly like the J7. Overall, the phone features a similar build to the Galaxy J7 and offers a similar build quality as well. 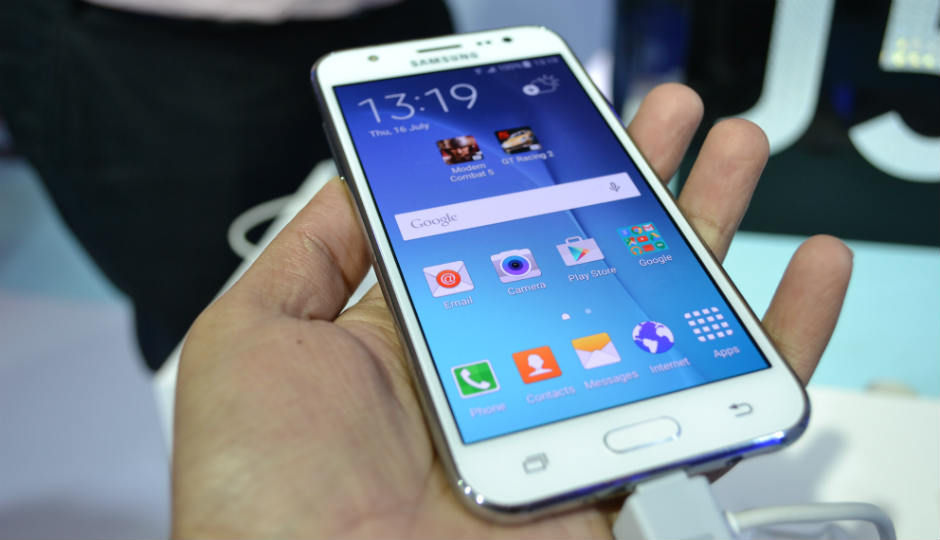 The phone weighs about 150 grams, which is quite heavy compared to the other phones in its category. However, with the smaller 5-inch display, it is quite easy to hold. The 5-inch 720p Super AMOLED display has good viewing angles. The display is quite sharp even though it only has a 720p resolution. 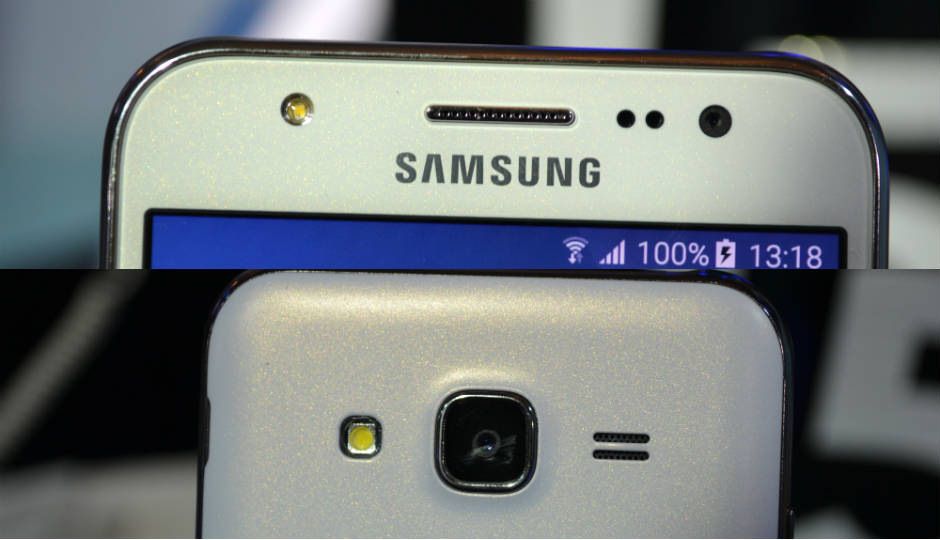 The Galaxy J5 has the same camera sensors as the Galaxy J7 - 13MP on the rear and 5MP at the front. In terms of specs, the rest of the phone is similar to the Galaxy J7, the only difference being of a smaller battery.