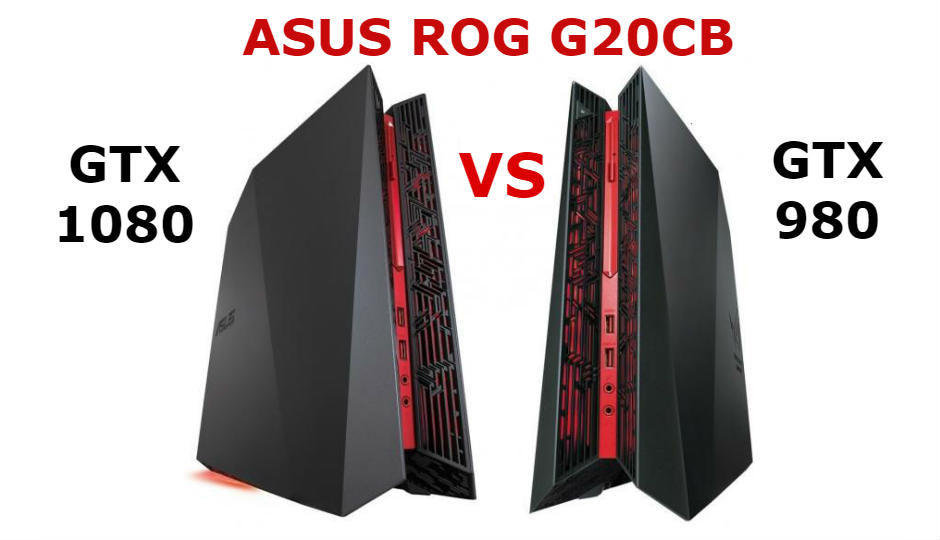 Asus recently updated its ROG G20CB desktop with the latest NVIDIA 10 series GPUs, and we had a chance to check it out. While the latest ASUS ROG G20 features a GTX 1080 GPU, the older one had a GTX 980. What’s intriguing is that, both the new and old machines have the same hardware – same CPU, RAM, storage and power supply, with the GPU being the only exception. Now, we already know that the NVIDIA GeForce GTX 1080-powered ROG G20 will offer better graphical performance than the GTX 980-powered G20, but by how much? To find out, we compared the two ASUS ROG G20CB desktops. Let’s begin. 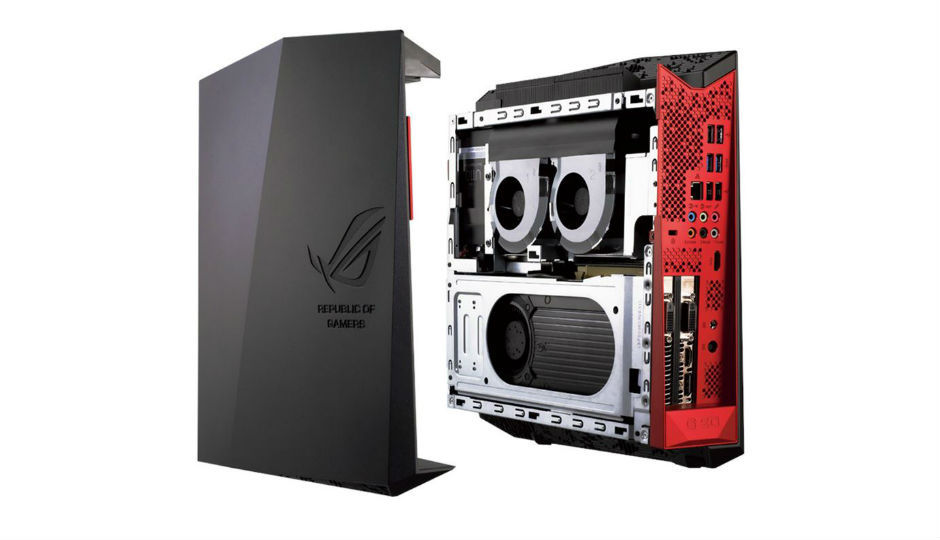 Here are the key common specifications of the two Asus ROG G20CB desktops:

Both desktops use a dual-power brick power supply, comprised of 180W + 230W units. 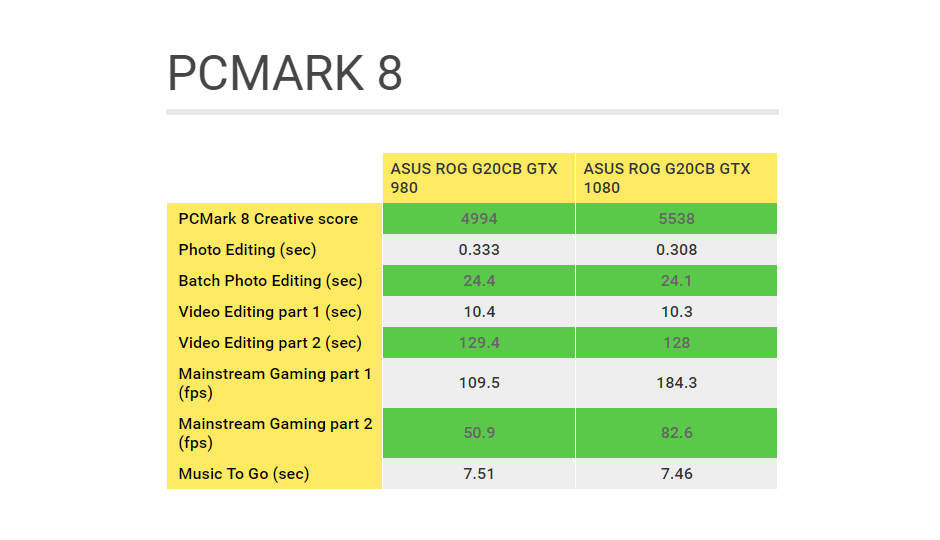 Here, it is quite evident that the fps scores in both mainstream gaming benchmarks are better on the one with the NVIDIA GeForce GTX 1080. The rest of the results are pretty identical. However, this does increase the overall score of the new ROG G20CB. 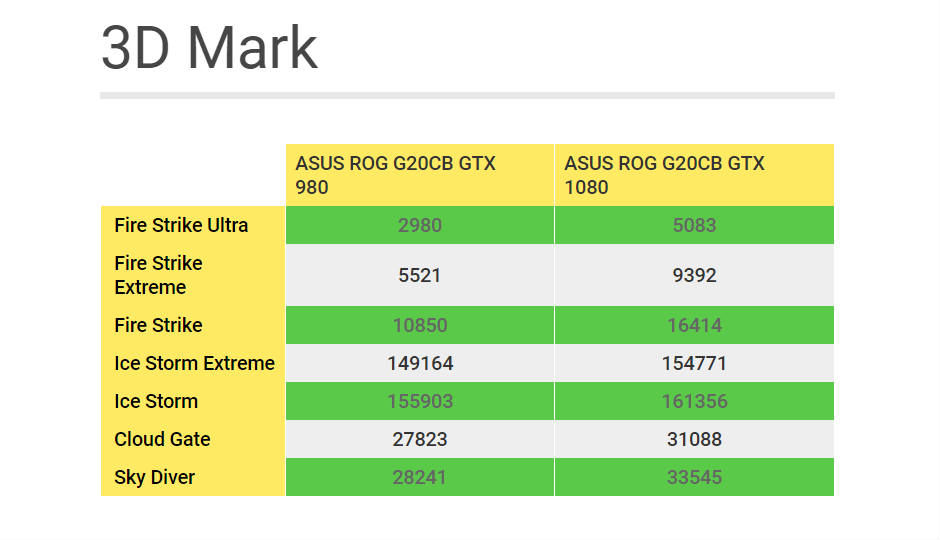 3DMark provides the best overview of how NVIDIA’s new Pascal architecture is much faster than the older Maxwell architecture. Fire Strike Ultra benchmark shows how the 4K graphical performance is almost double than the last gen card. The new ROG G20CB shoots past the old G20 in every 3DMark benchmark. 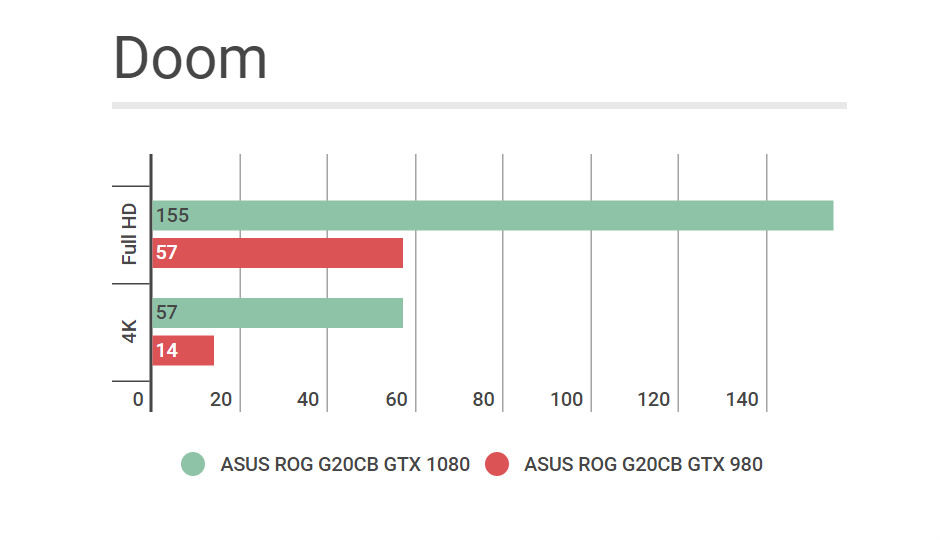 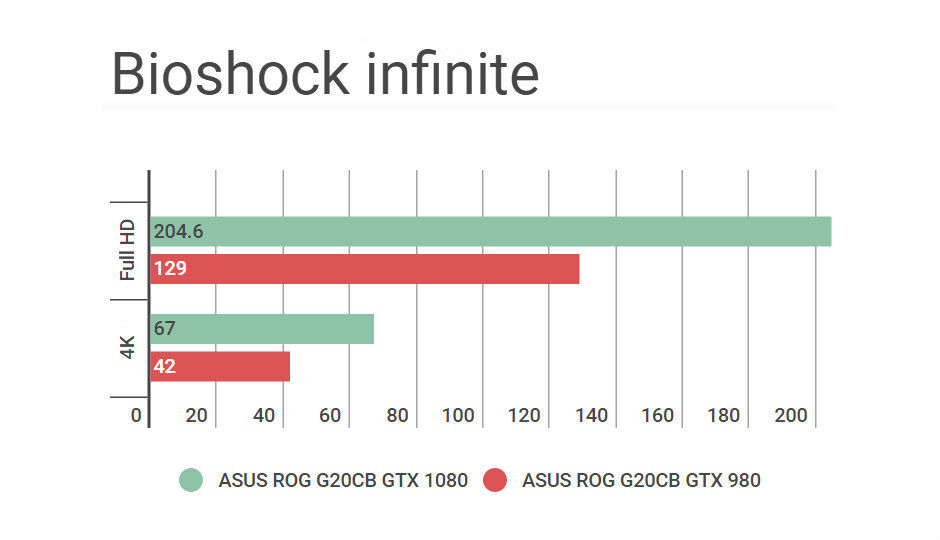 One of the most popular titles, Bioshock Infinite was a walk in the park for both the new and old machines. However, the performance gap is still considerable. 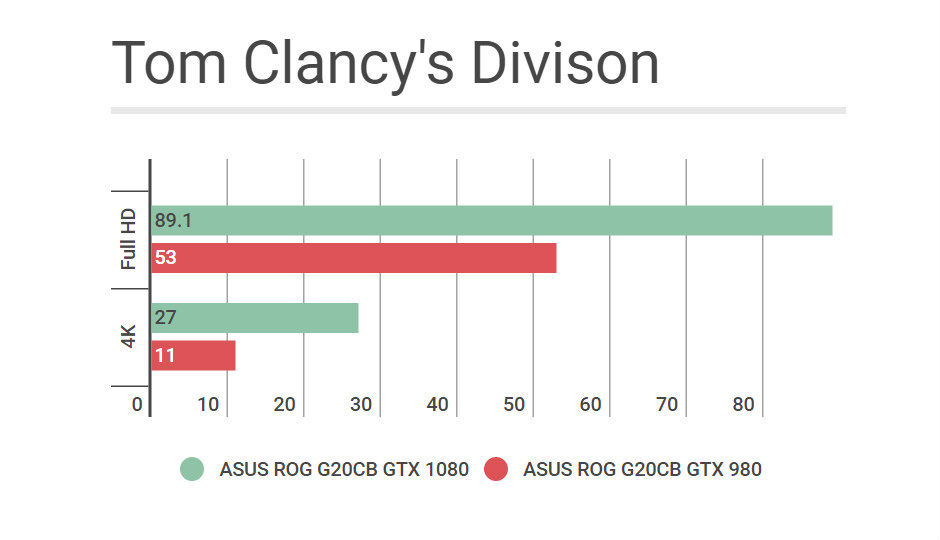 Tom Clancy’s Division is a really heavy game, and it shows here. While 1080p performance is still good, 4K performance is just playable on the new G20. However, the older GTX 980-powered G20 struggles to play the game in 4K, with a meagre 11fps gameplay output. 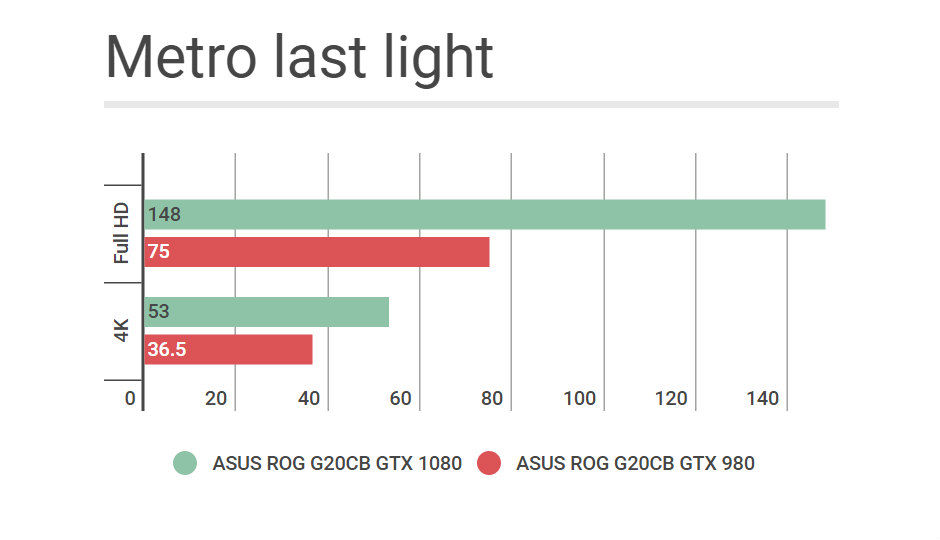 With dark tunnels, smoky environment and bright outdoors, Metro Last Light is another beautiful game we tested on these machines. However, both desktops did a really good job at 1080p, but at 4K, the GTX 1080-powered G20 has better playable frame rates.