Nokia 8 Sirocco, Nokia 7 Plus, and Nokia 6 launched in India: Everything you need to know 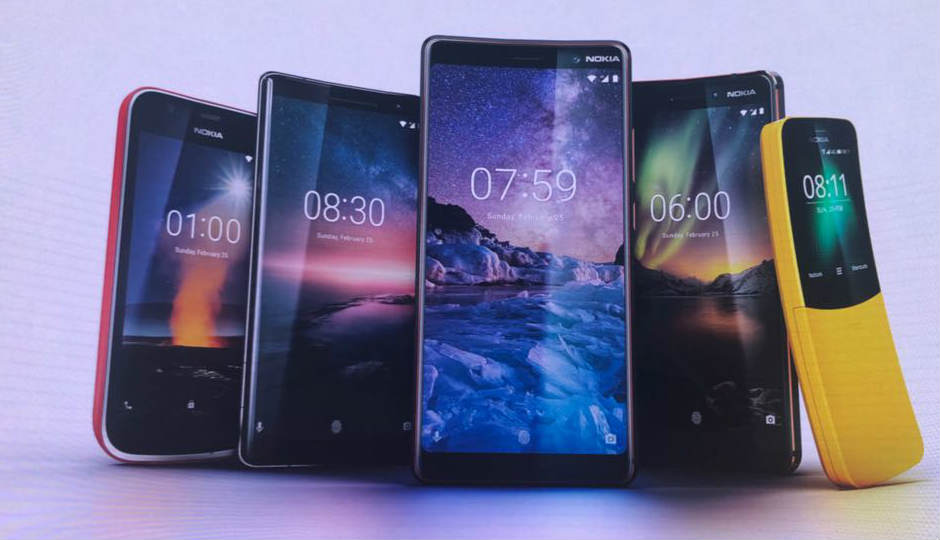 Nokia and HMD Global today announced four new smartphones for the Indian market. Of these two are brand new devices, while the other two are newer avatars of older phones. Nokia has brought all their smartphones from the Barcelona announcement to India, leaving out the Nokia 8110 4G edition. In the meantime, you can check out the phones through our camera. See how do they look and feel, click next to find out. 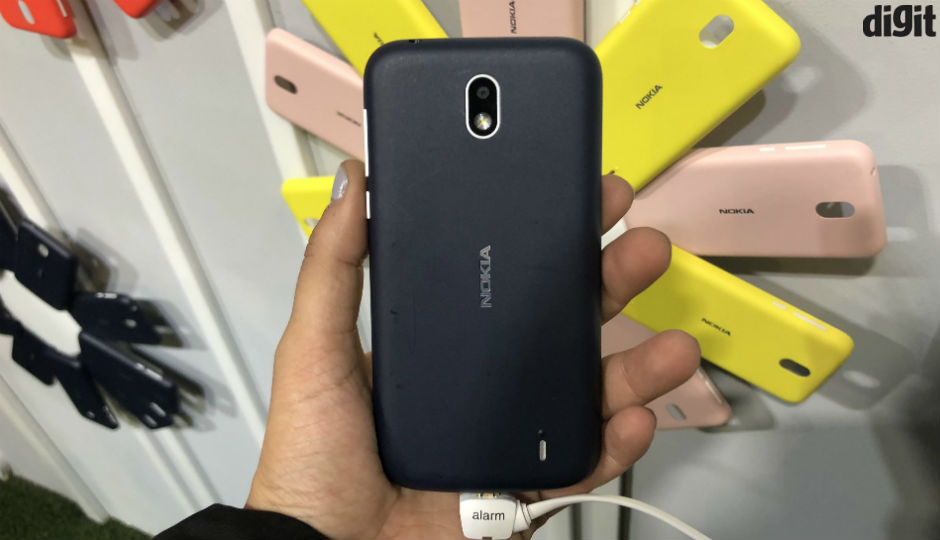 Since the Nokia 1 is meant to be a budget device, the build quality is plastic. The phone has a mere 5MP camera at the back and if you are not satisfied by the looks, you can purchase snap-on back covers for the phone. The phone will be available since March 28 for Rs. 5,499 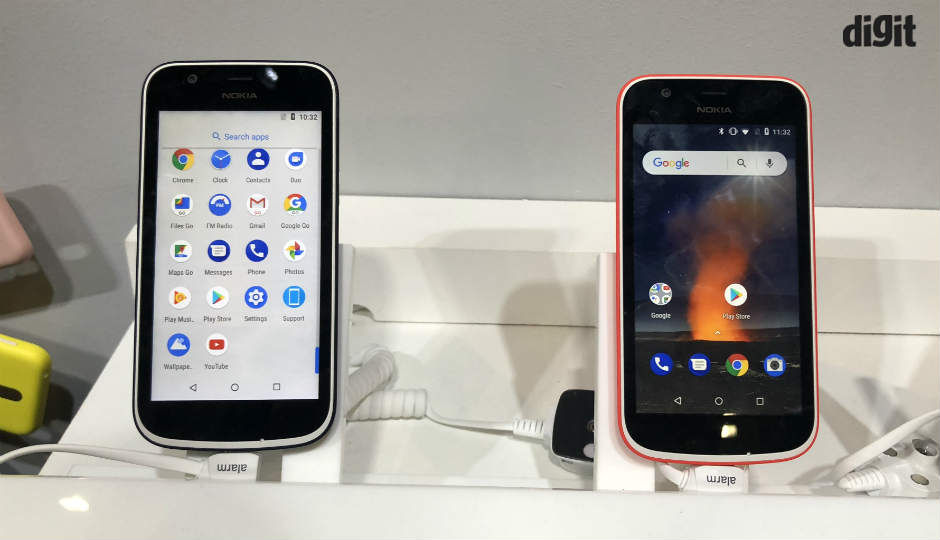 And finally, we have the Nokia 1 which is a very basic smartphone running Android Oreo (Go Edition). The Go Edition is the new skimmed version of the Android OS which is specially developed for low-powered devices featuring 1GB RAM. Here is what the phone offers: 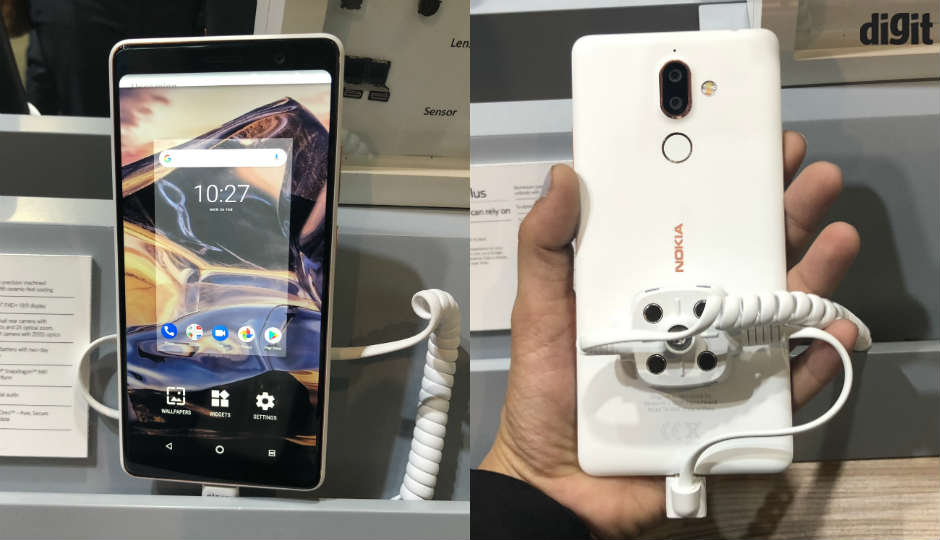 After months of rumours, the Nokia 7 Plus was finally officially launched at MWC 2018 and is on its way to India. The phone features a 6-inch display and is Nokia’s first phone to feature the 18:9 aspect ratio. It is powered by a Qualcomm Snapdragon 660 SoC and packs a 4GB RAM along with 64GB storage. Here are its quick specifications 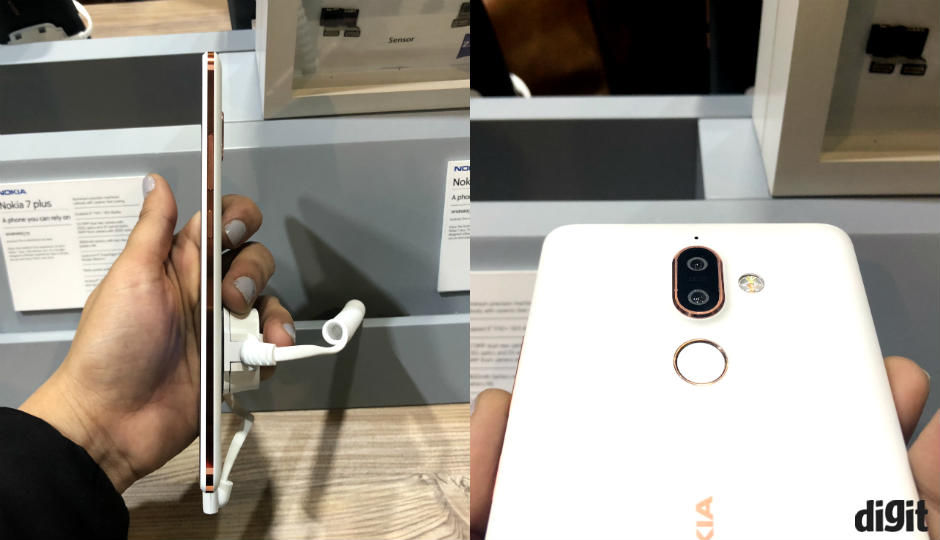 Nokia 7 Plus is made out of 6000 series aluminum and features a matte finish on top, which makes the phone less slippery and also hides the antenna lines. At the back of the device, the phone features two 12MP cameras with the secondary 12MP camera featuring a 2X telephoto lens. At the front, the phone has a 16MP camera and all three cameras carry the ZEISS moniker. 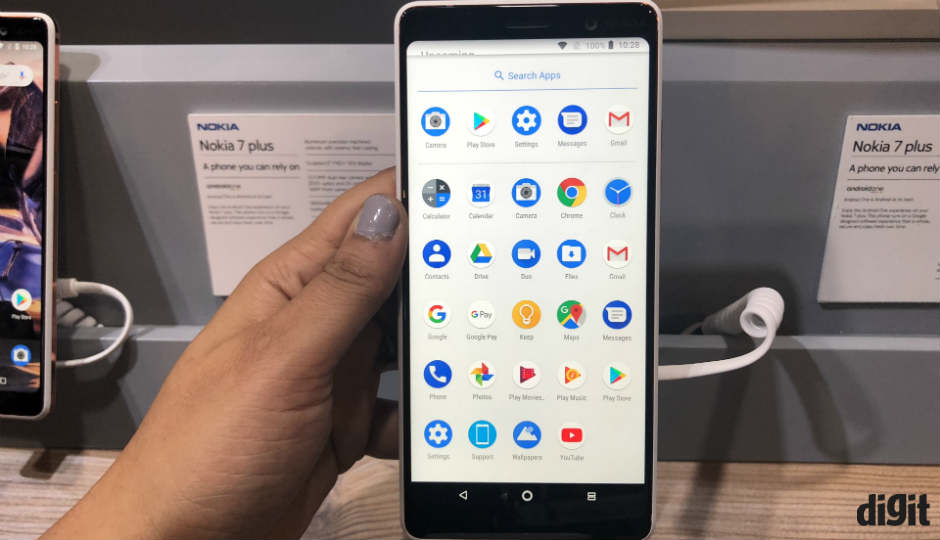 The phone uses the same stock Android interface we have seen and loved on previous Nokia devices. The Nokia 7 Plus will be available starting 30 April for Rs. 25,999. 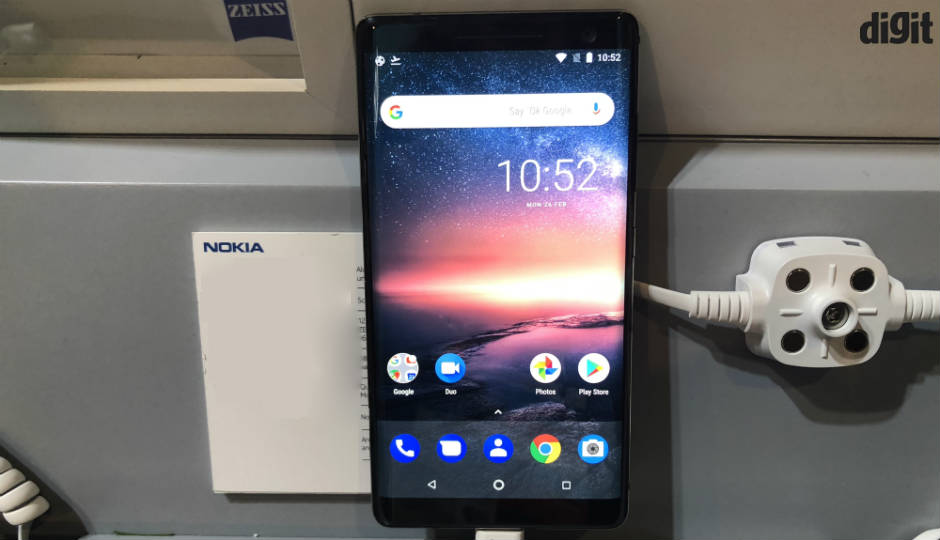 Then there is the revamped Nokia 8, which now has Sirocco added to the name. It is technically the flagship for the company at the moment featuring a Snapdragon 835 SoC. Here is a quick look at the specifications of the phone. 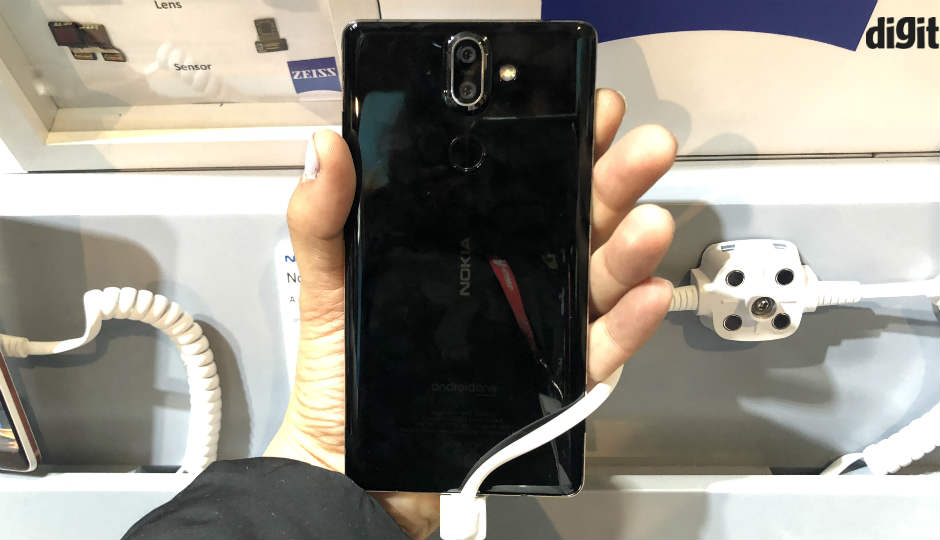 The phone now has a Gorilla Glass 5 both on the front and the back. The dual camera at the back is now powered by Nokia’s Pro camera app. The phone is also a bit wider from the original Nokia 8 as the screen has grown from 5.2-inches to 5.5-inches. 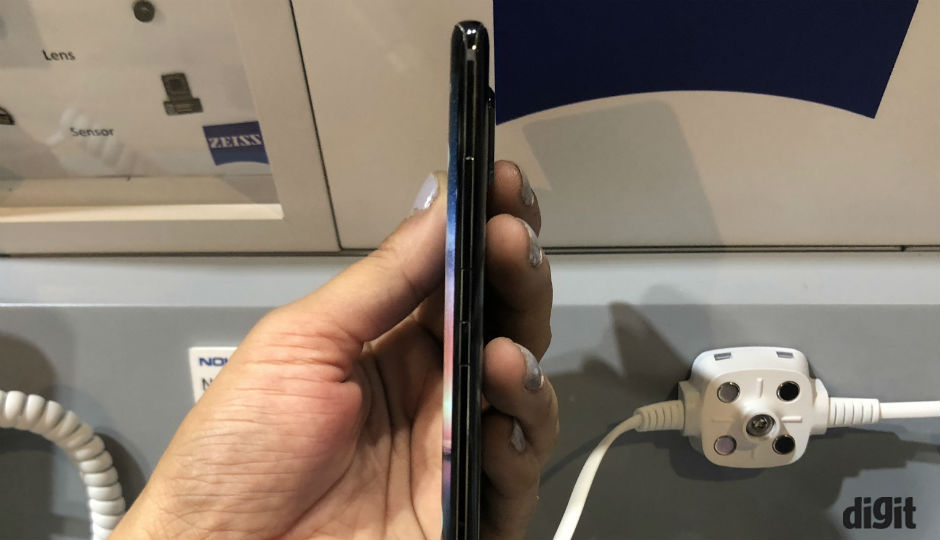 The screen has seen a big change as well. So, instead of an LCD panel, the Nokia 8 Sirocco now uses a P-OLED panel which curves on the sides, similar to Samsung flagships.  The Nokia 8 Sirocco will be available starting 30 April for a price of Rs. 49,999, with pre-booking starting from 20 April. 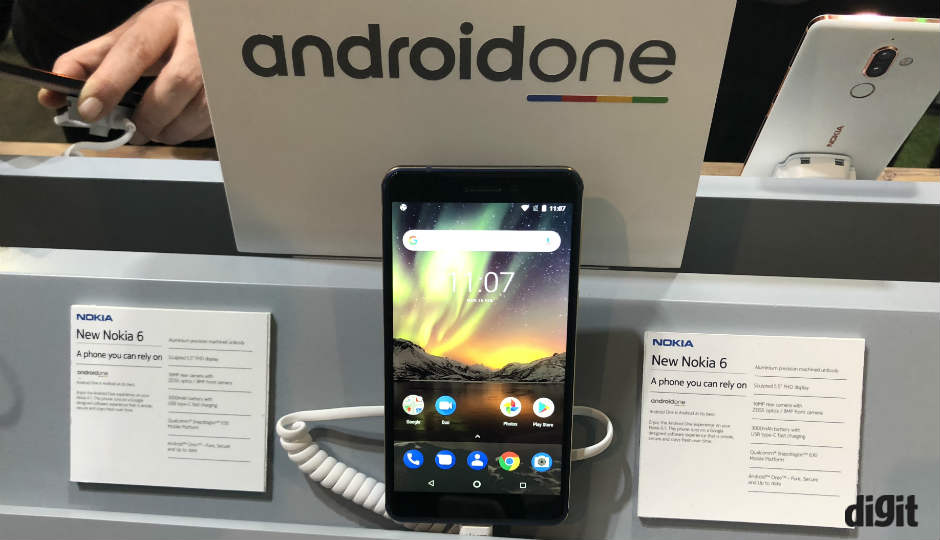 Nokia 6 which got launched last month in China also made its debut on the world stage here at MWC 2018. Here, take a look at the specifications 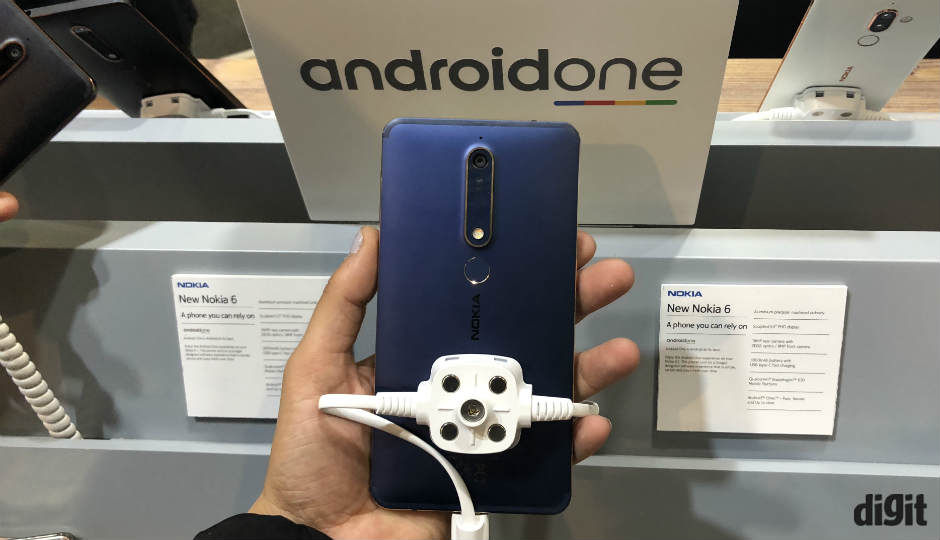 It got a new paint job, but the look and feel of the phone remain the same. The Snapdragon 630 inside is also faster than the Snapdragon 430 it originally launched with. We didn't find the camera on the original Nokia 6 any good, but will that change with this new phone? Our rigorous testing process will tell. The fingerprint scanner has also been moved to the back below the camera and is now easier to access. The Nokia 6 will be available starting 6 April for Rs. 16,999. 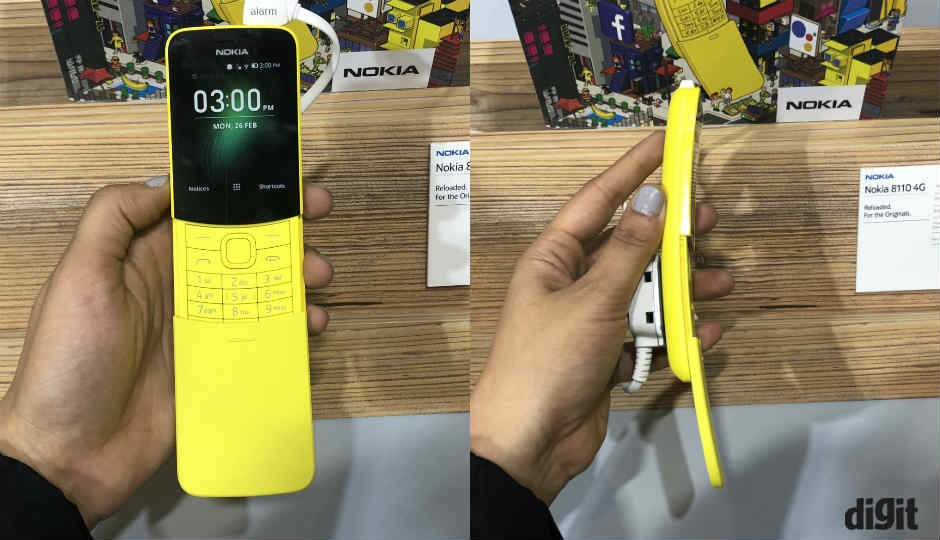 Finally, the banana phone aka the 8110 4G. If you are getting a feeling of Deja Vu, well, you're not the only one. Let us jog your memory. It was used by Neo in the movie Matrix. It is a slider style feature phone which supports 4G, just like the Jio phone. Nokia has partnered with companies like Google, Facebook, and Twitter to provide the phone with essential apps to make it and you feel less dumb in this smartphone world. The phone will be available in Black and Banana Yellow colour variants and will be available from May. HMD Global has not announced the Nokia 8110 4G for the Indian markets today.