Motorola Moto Maxx: All you need to know about the monster phone Motorola’s comeback in the Indian mobile market has been a huge success story. Now, after the successful Moto E, Moto G and Moto X, it is expected that Motorola will launch its Moto Maxx smartphone in India soon. We take a look at what the phone brings to the table and how it fares against the competition. 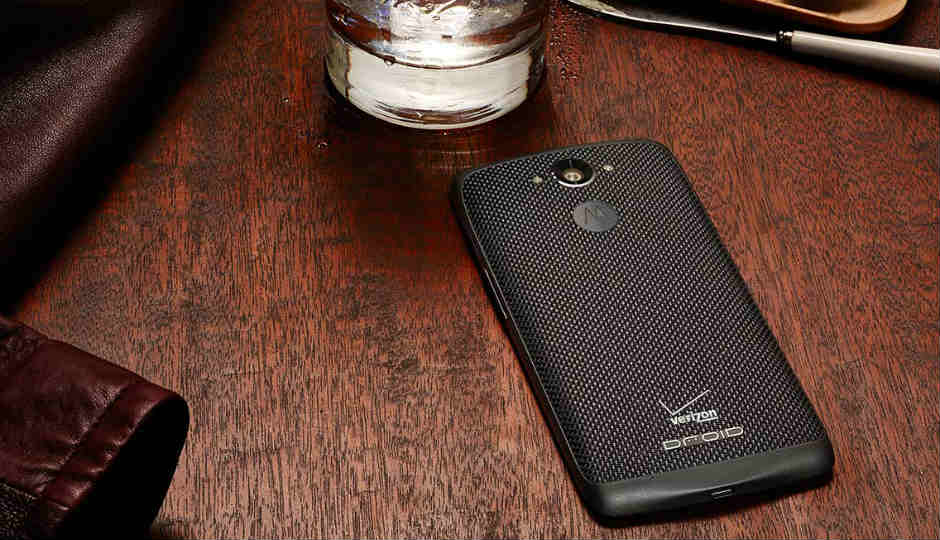 The Motorola Moto Maxx shares its design traits with the old Moto Razr rather than the fairly new Moto X (2nd gen). The phone looks good with a slightly bigger chin and will come with capacitive navigation keys instead of on-screen buttons. The phone has a ballistic nylon back which makes the phone look good even at the back. 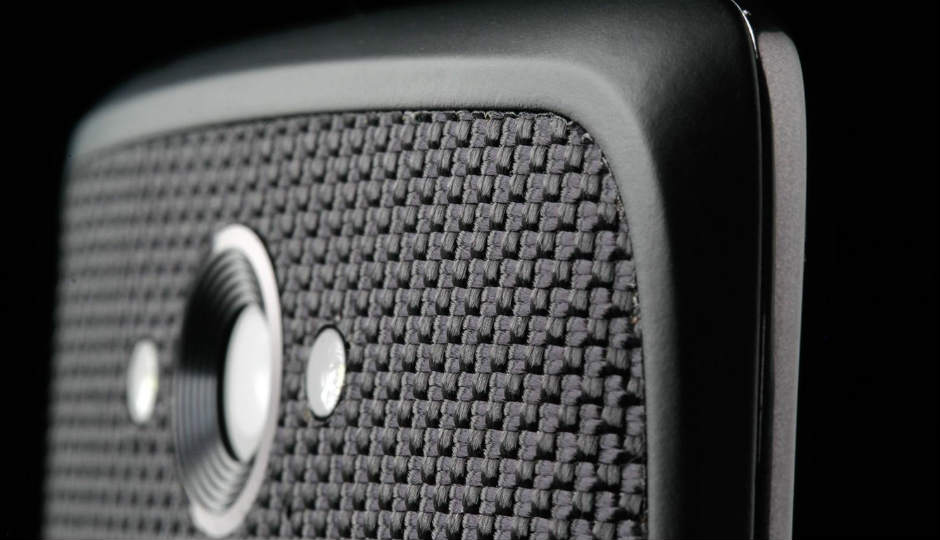 In terms of the way the Maxx feels in the hand, it shares the same ergonomics as the Moto X (2nd gen). The ballistic nylon back gives a nice feel to the phone, and adds to the ruggedness. This is further complimented by its splash proof (resistant) exterior. Motorola has managed to squeeze in 2K resolution into a 5.2-in screen, a record of sorts. This translates into a higher pixel density of 565 ppi. Everything is bound to look good on the OLED screen but we are not sure about the brightness levels since OLED displays have been known to be slightly dim. 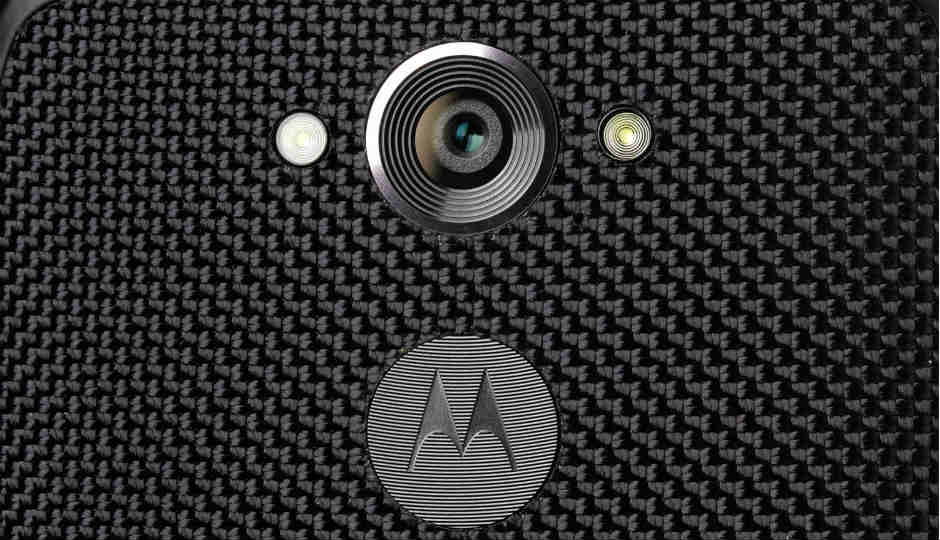 There is a 21MP camera on the Moto Maxx which is one of the highest megapixel counts we've seen on an Android phone. We will find out how well the camera actually performs when we get the Maxx in for a review. 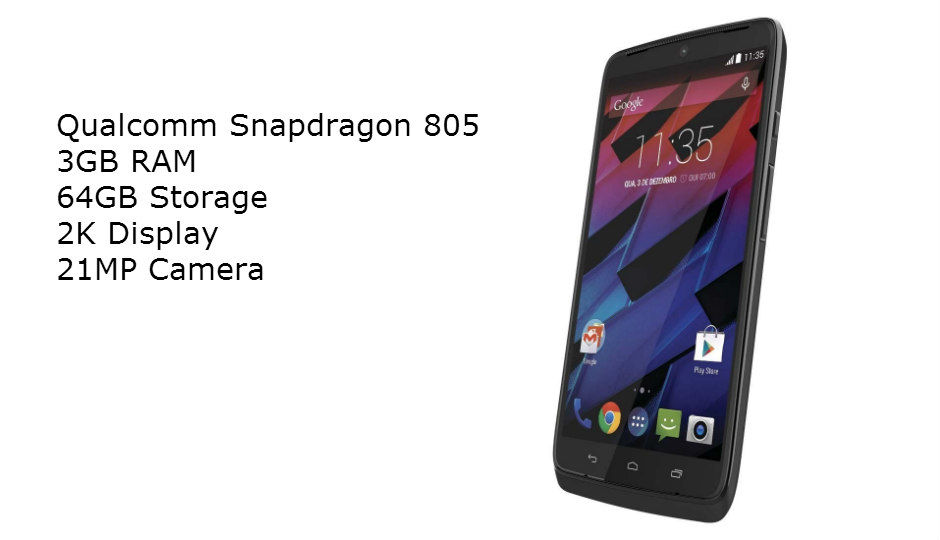 Performance is bound to be top notch since the smartphone runs on the Qualcomm Snapdragon 805 SoC which is the same chip used in the Nexus 6. The Moto Maxx also features 3GB of RAM which even though is not a new thing, is still very rare in smartphones. As the name suggests, the phone has a 3900mAh battery that, Motorola claims, gives 48 hours of on time between charges. This large battery has also increased the thickness of the phone to over the 10mm mark. 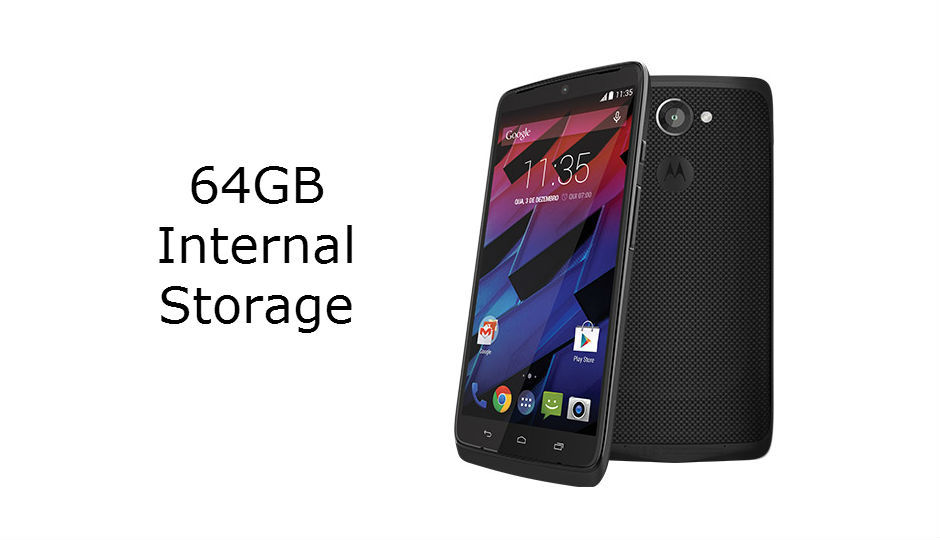 The 64GB internal storage in the Moto Maxx is better than the 16GB and 32GB versions of other Android flagship phones that we commonly see. 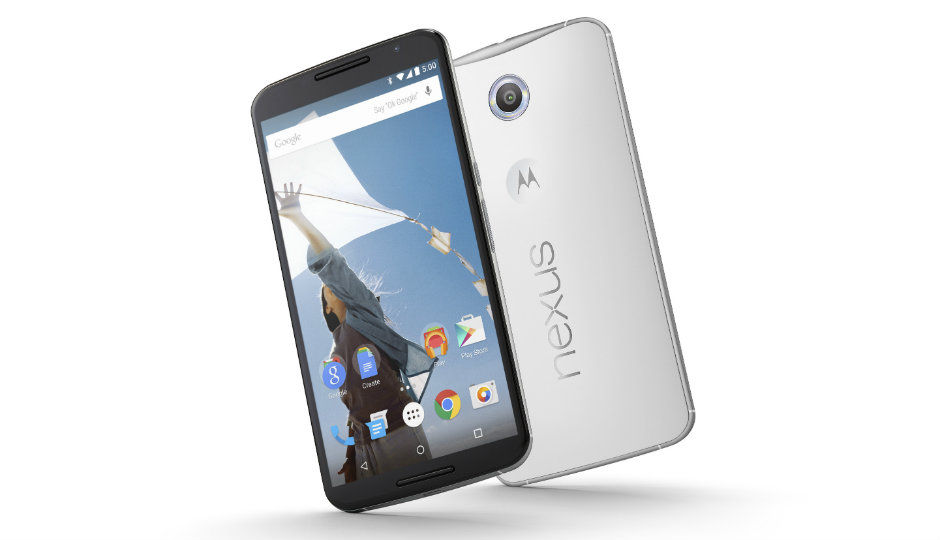 Taking Motorola’s current lineup of phones into account, we can safely predict that the Moto Maxx will be priced somewhere around the Rs. 40-45K price mark, making the Nexus 6 its arch rival. Both the Nexus 6 and Moto Maxx share some primary specs and both are made by Motorola. This might turn out to be an in-house fight. 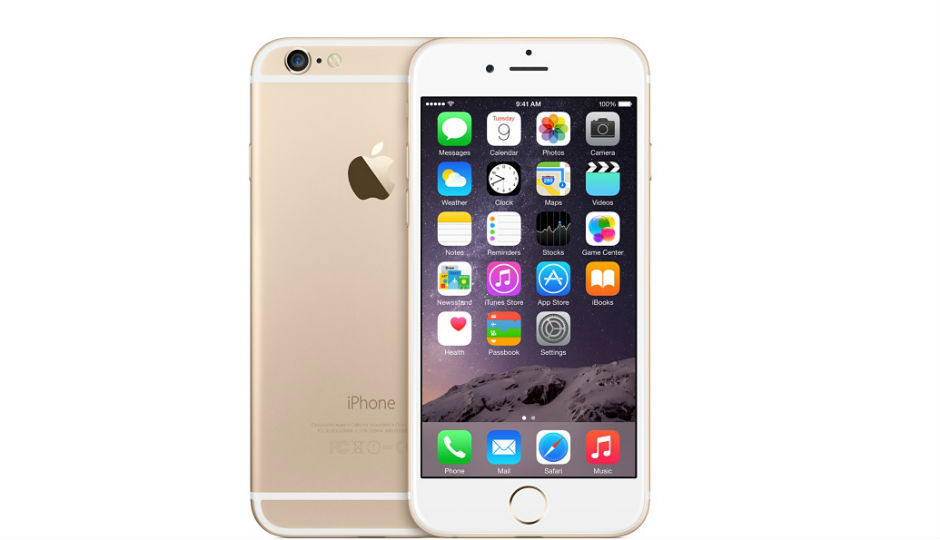 The iPhone 6 gets compared to every flagship phone and it will be compared with the Moto Maxx as well. The iPhone 6 is bound to lose on multiple counts (at least on paper) except when it comes to slimness. Even though the Sony Xperia Z3 is a good phone, it is powered by a last gen Snapdragon processor. Even the 20.7MP rear camera on the phone is trumped by the 21MP camera on the Moto Maxx. On the plus side, the Xperia Z3 is IP68 certified making it dust proof and water resistant over 1 meter and 30 minutes The Samsung Galaxy Note 4 seems like the closest competitor to the Moto Maxx in terms of specs. Both phones have a 2K display, Snapdragon 805 and 3GB of RAM. The Motorola Maxx does have some plus points in storage and camera over the Note 4 but how the two stack up will only be clear once we get the Maxx in for a review.