Placed in the middle of the iPad Pro and the Apple MacBook Air, the Microsoft Surface Pro 4 is the smallest in terms of dimensions. While the MacBook Air is a complete notebook, the other two are tablets that claim to be laptop-replacements. 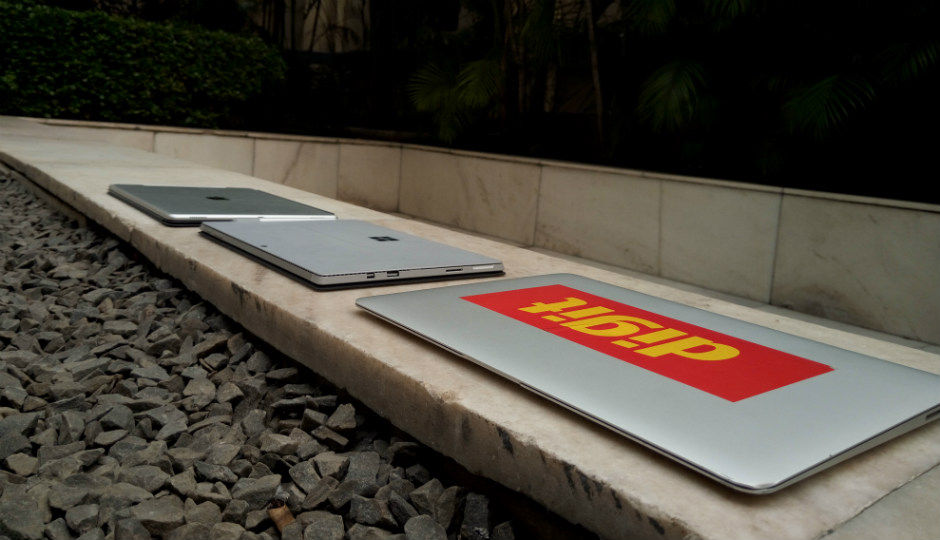 At 771 grams, the Microsoft Surface Pro 4 is somewhat heavier than the iPad Pro (713 grams). Despite the smaller dimensions, the iPad Pro feels somewhat easier to hold thanks to its slimmer form. Both, however, are equally unweildy in terms of handling. 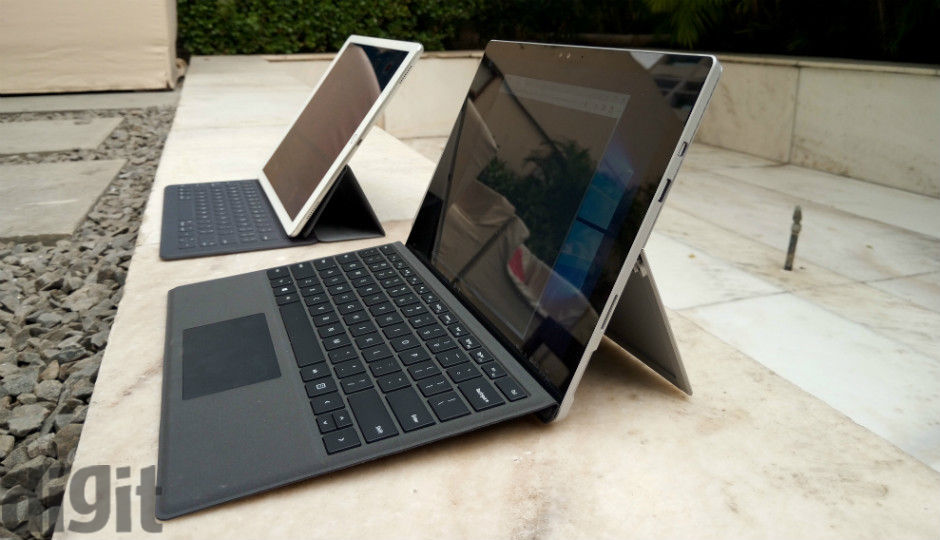 The Microsoft Surface Pro 4 has an advantage in the fact that it has a USB port, over the iPad Pro's Lightning port. 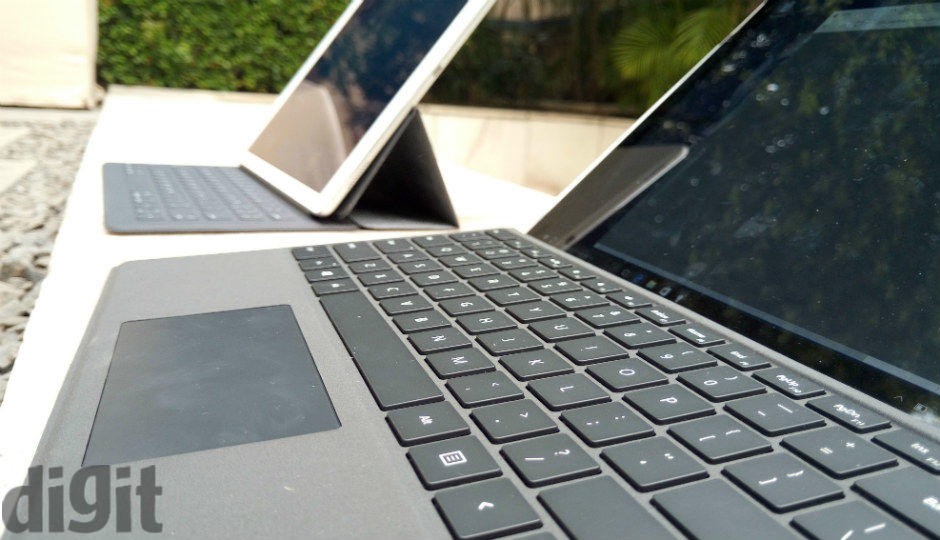 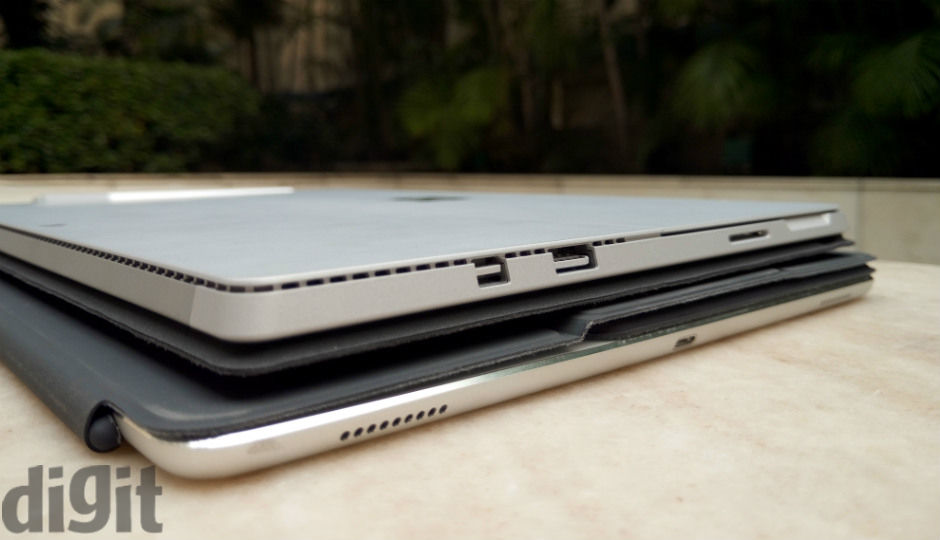 On initial impressions, the iPad Pro's audio performance seems more wholesome than the Microsoft Surface Pro 4. The iPad Pro seems to be a better overall device in terms of entertainment consumption, although we will refrain from giving our judgement right away. 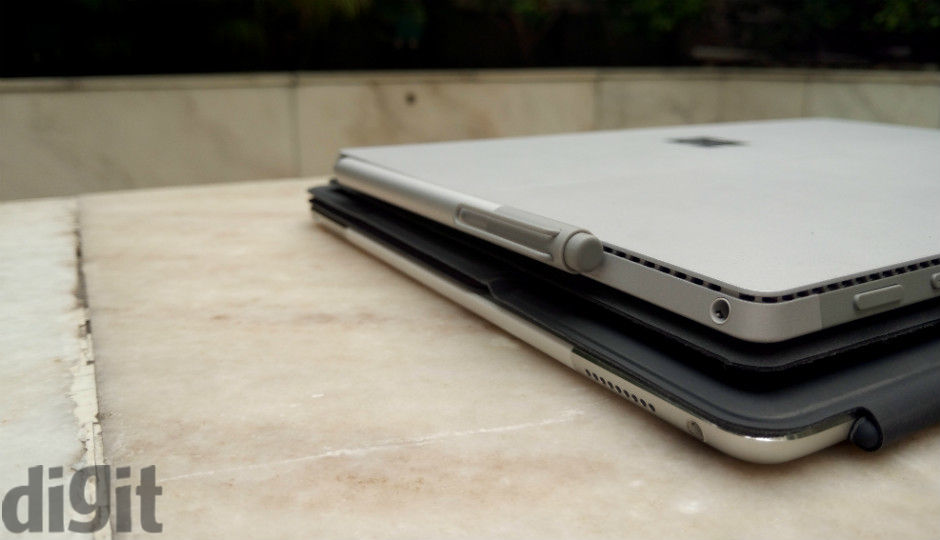 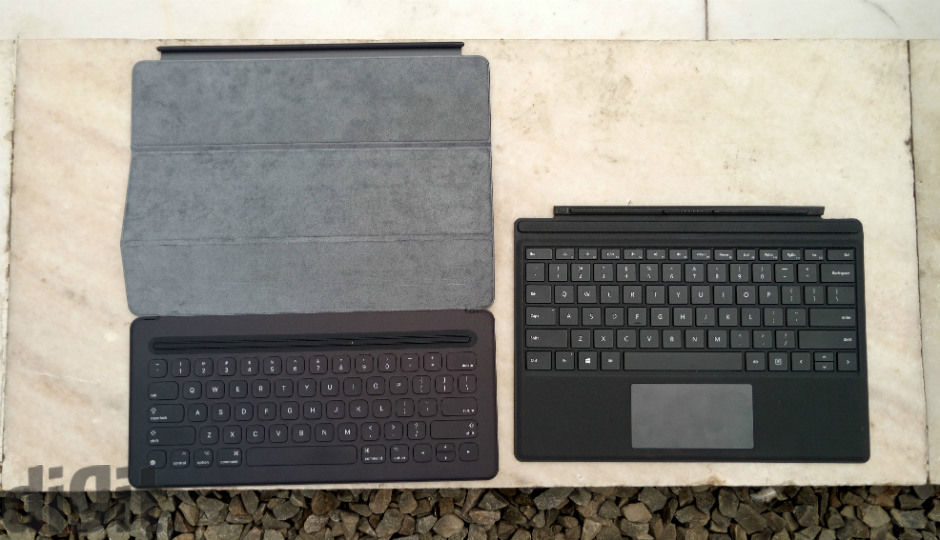 The Microsoft Surface Pro 4 Type Cover is priced at Rs. 12,490, while Apple's Smart Keyboard is priced at Rs. 14,900. Neither of these are cheap in any aspect. However, the Surface Pro 4 Type Cover will take our inital favour here, because of it feeling better to type on, and the fact that the tablet can be adjusted according to the ambience, for better viewing angles. The Apple Smart Keyboard only allows for one angle, which is a major downside. 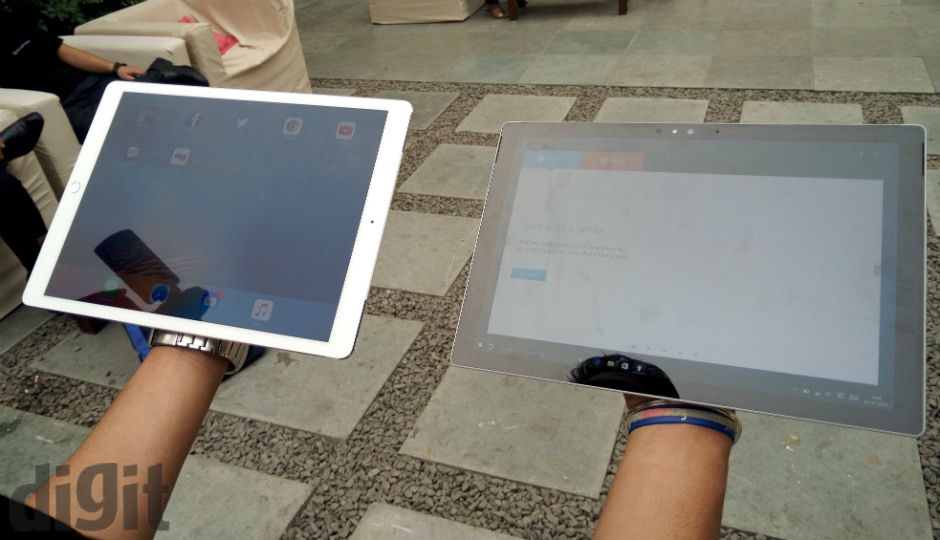 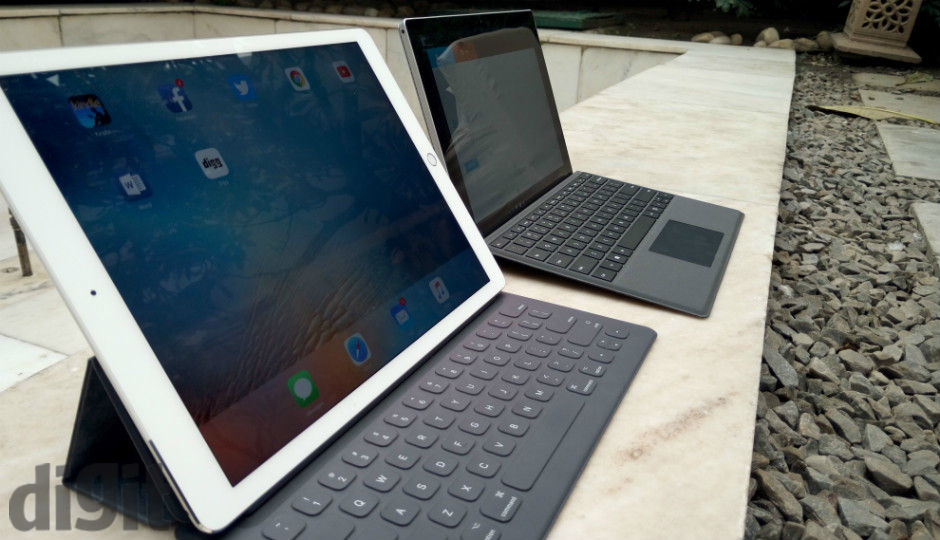 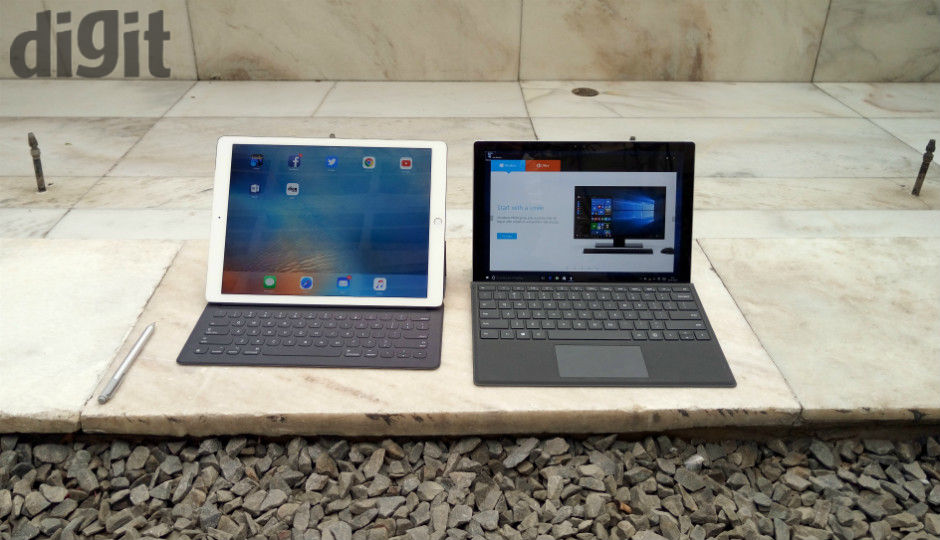 Both the tablets, however, seem fairly competent devices, without considering their price points. Coupled with the fact that neither the keyboard covers nor the stylus pens are being pre-bundled with the tablets, the Surface Pro 4 will possibly garner a niche audience for itself in the long run. In first impressions, it seemed really impressive, and packed a edge over the iPad Pro in terms of work and productivity.

Stay tuned for our full review of Microsoft's flagship tablet.