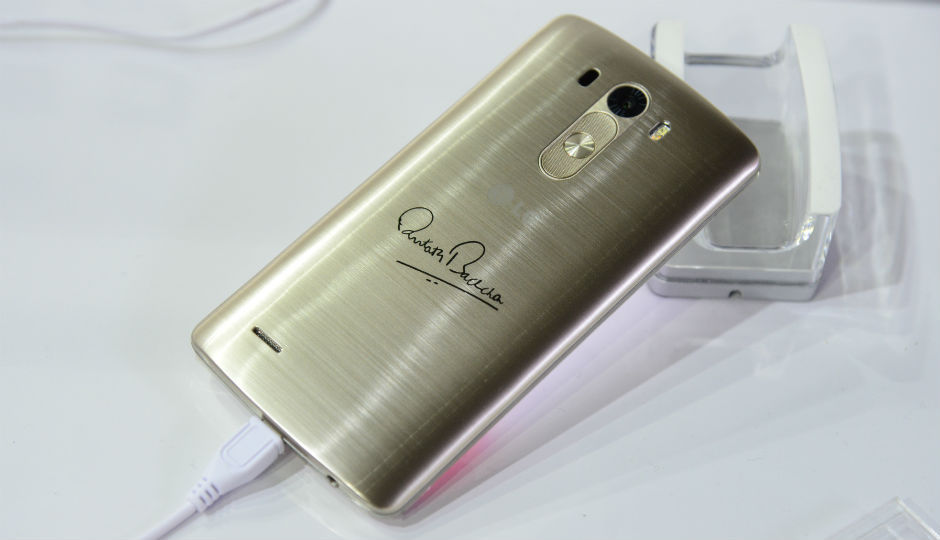 A quick glimpse through LG's new flagship, the G3 smartphone launched earlier today, which has a breathtaking QHD screen, exquisite button-less design, latest hardware and other bells and whistles. Let's take a look. 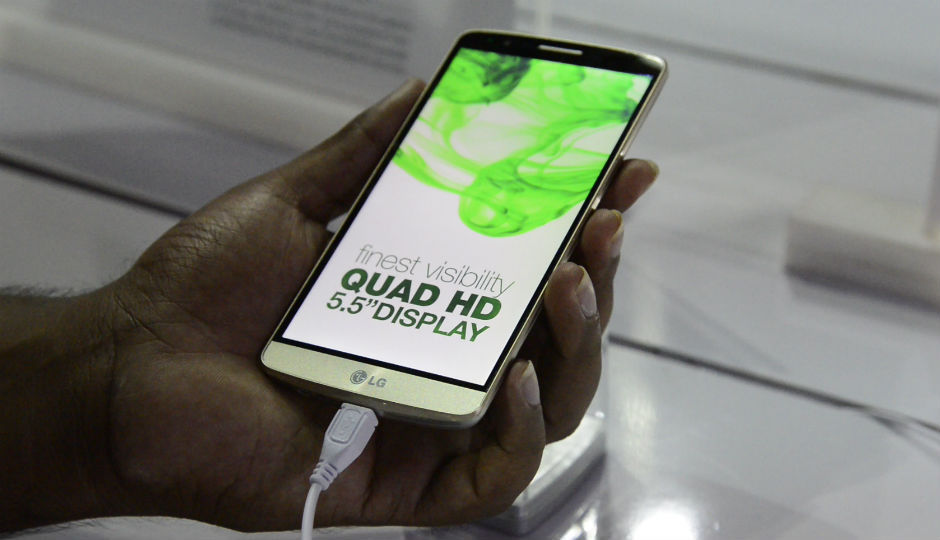 The biggest wow factor about the LG G3 smartphone is its QHD display sporting a resolution of 2560x1440 and 538 ppi. Eye-popping? 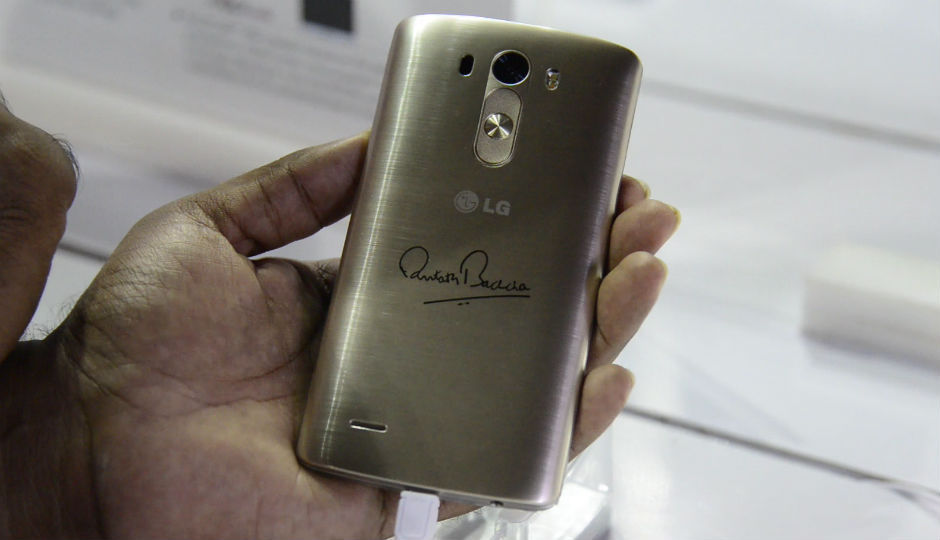 The LG G3 smartphone has a nice finish on its back panel, and a limited number of handsets come with Amitabh Bachchan's signature. 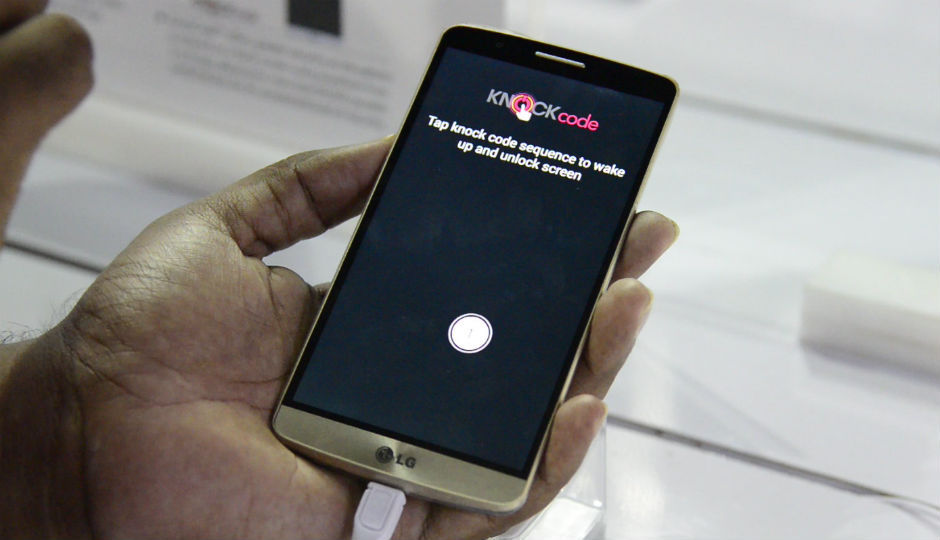 The LG G3 smartphone comes with its unique Knock Code lock screen which has no discernable pattern for people to guess. 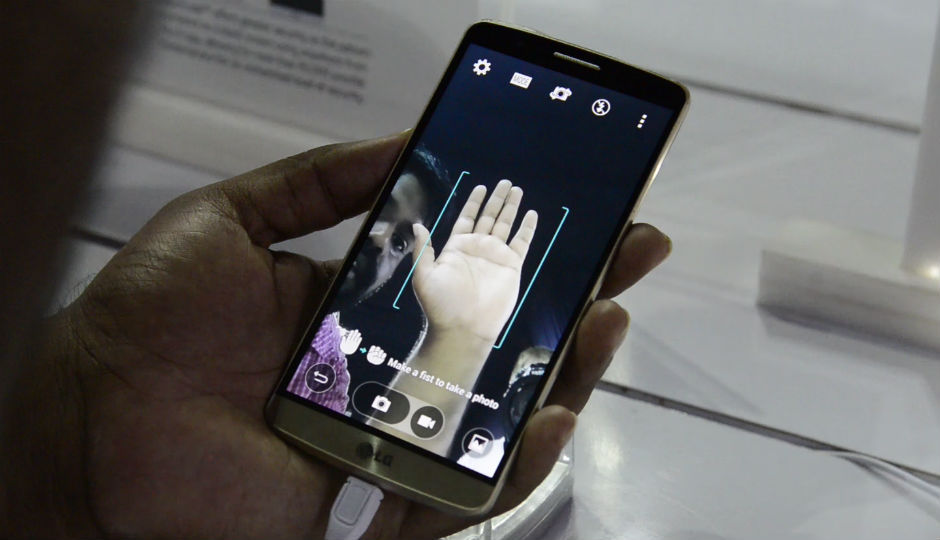 The LG G3 smartphone also makes taking selfies a very simple process. Just raise your hand in front of the camera to let it know that you're taking a selfie... 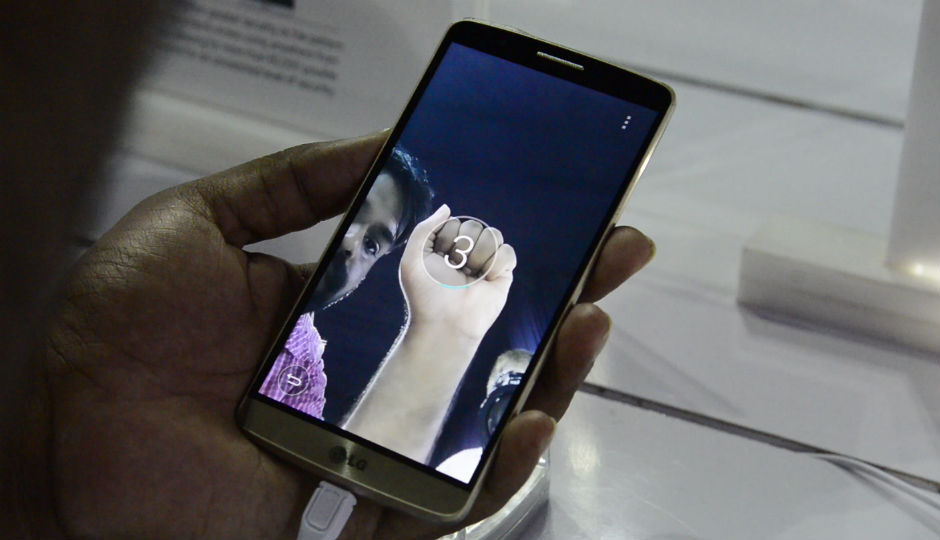 ... Make a fist and the LG G3's camera starts a three second countdown for you to get in pose. That's how you take a selfie with no hassles. 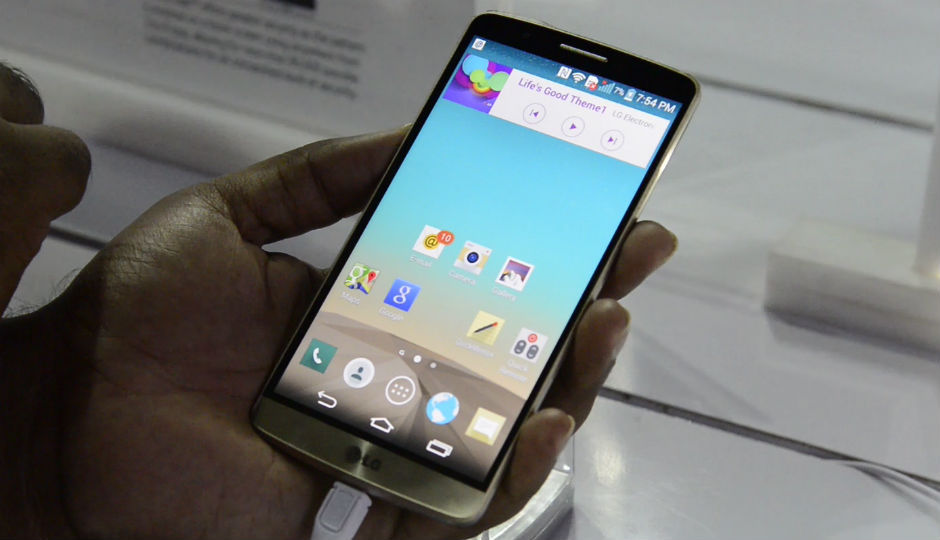 We can't stop raving about the LG G3 smartphone's QHD screen -- it's definitely a headturner and looks amazingly brilliant. 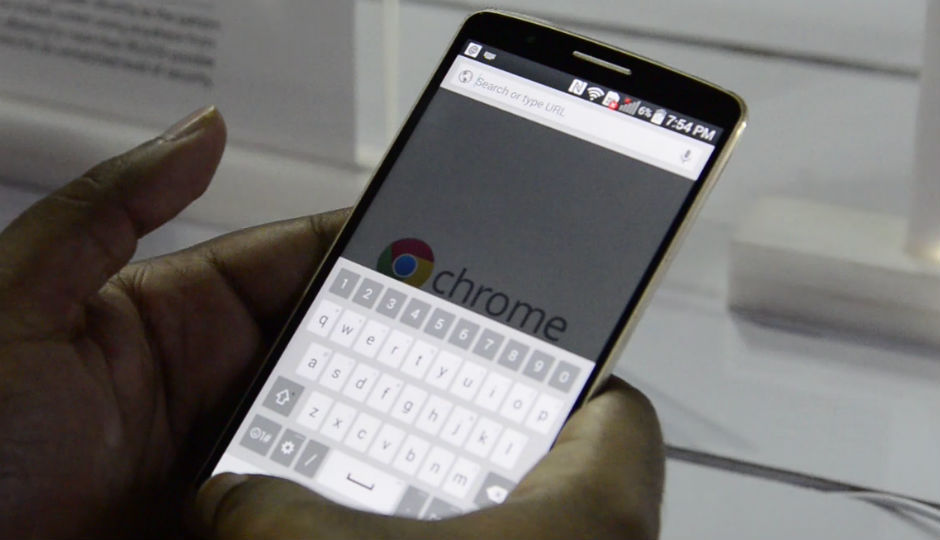 The smart keyboard on the LG G3 comes with predictive text feature and adaptive typing which learns how you type, apart from a very nice feature -- it lets you customize the size of the keyboard while typing. Very nifty. 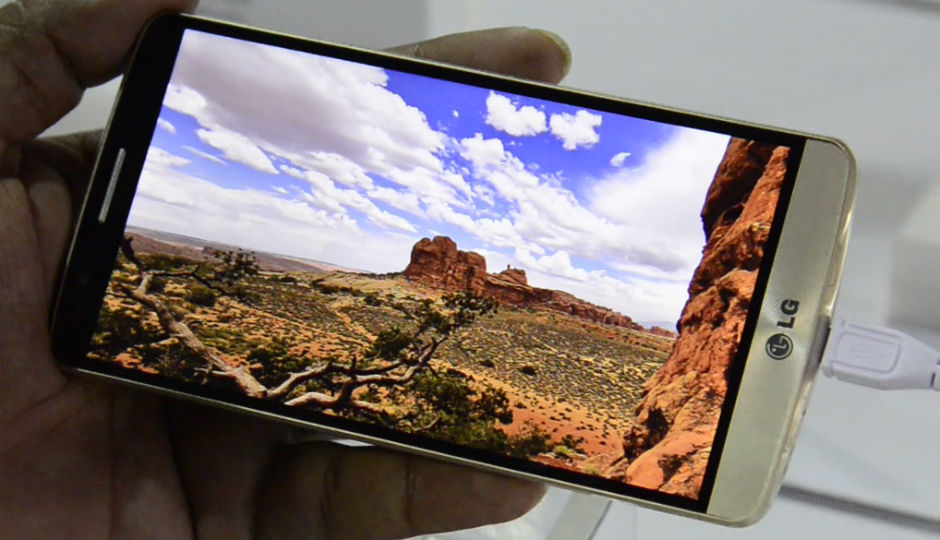 Watching HD or QHD or UHD videos on the LG G3 was a great experience. Everything looked and felt top notch, nothing to complain. Even its built-in 1 Watt speaker was one of the better ones we've heard. 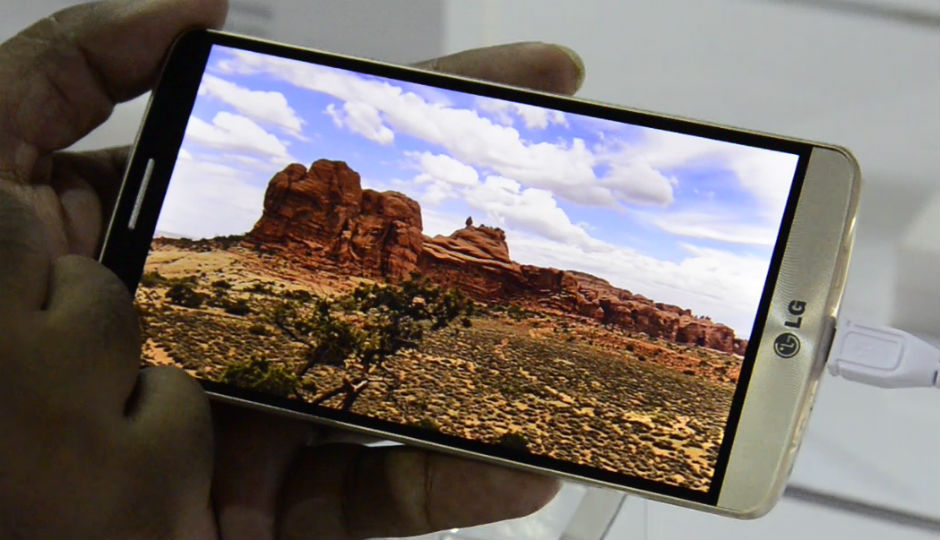 Another great feature of the LG G3 smartphone's video playback is zooming in without pausing the video. Very very nifty this little tweak. 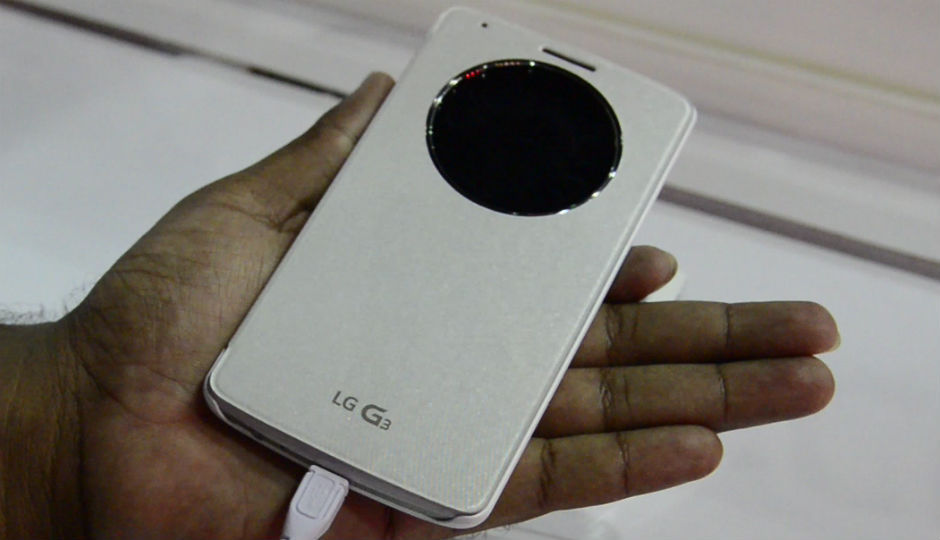 The LG G3 also comes with a range of accessories, including this smart case with a circular window on its front. This gives you a sneak peek into the phone without having to open the case. 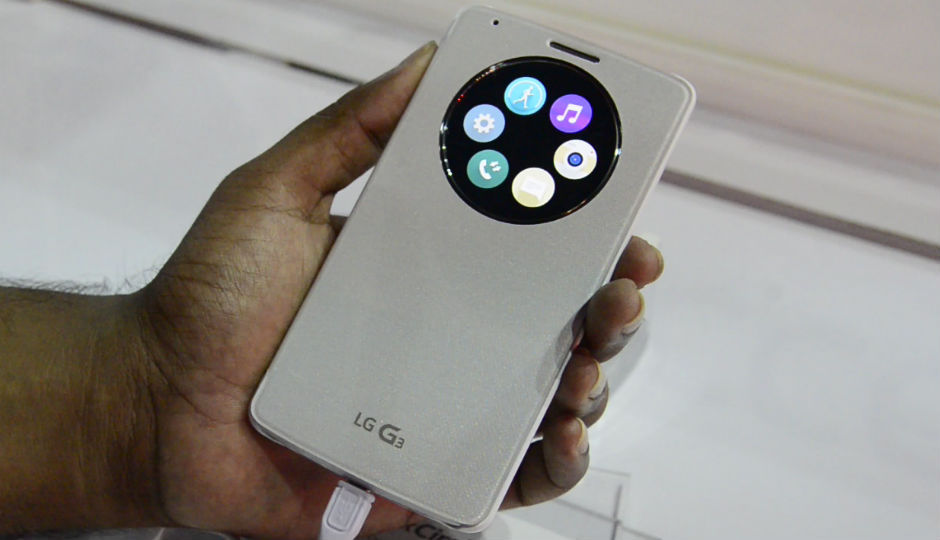 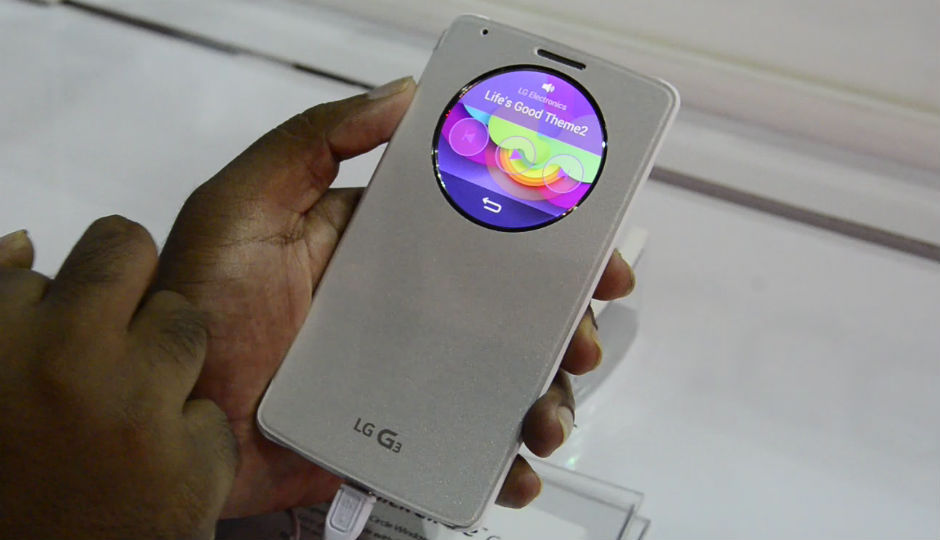 This is how the music app looks through the smart case window of the LG G3 smartphone. 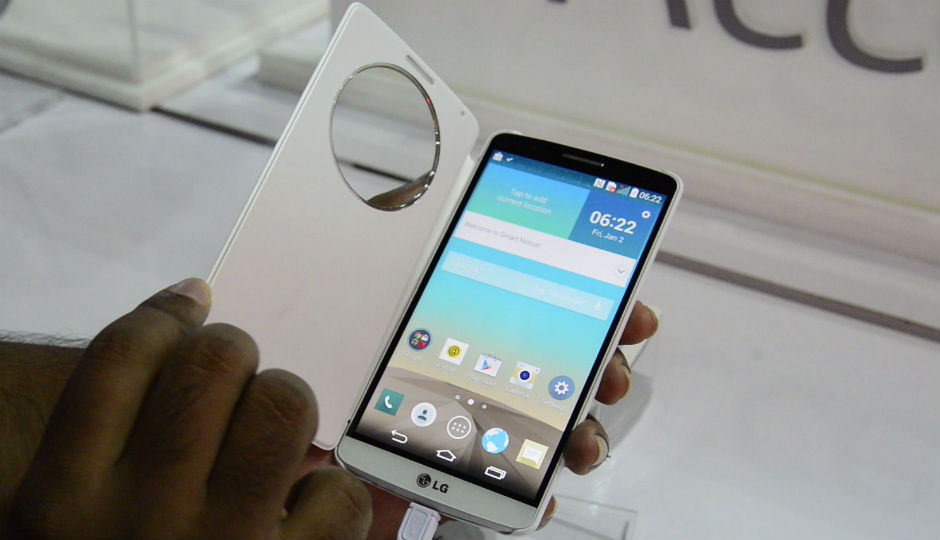 And if you don't need the smart case window, just open the flap cover and the screen of the LG G3 turns on instantaneously.