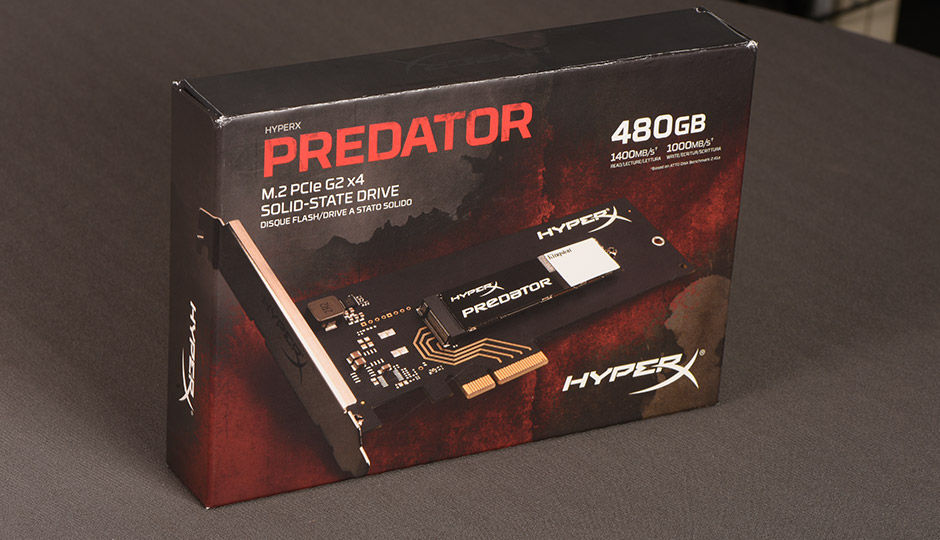 It won't be long before PCIe SSDs become as affordable as SATA SSDs. Let's take a look at the Kingston HyperX Predator PCIe SSD 480 GB which is one of the early entrants. 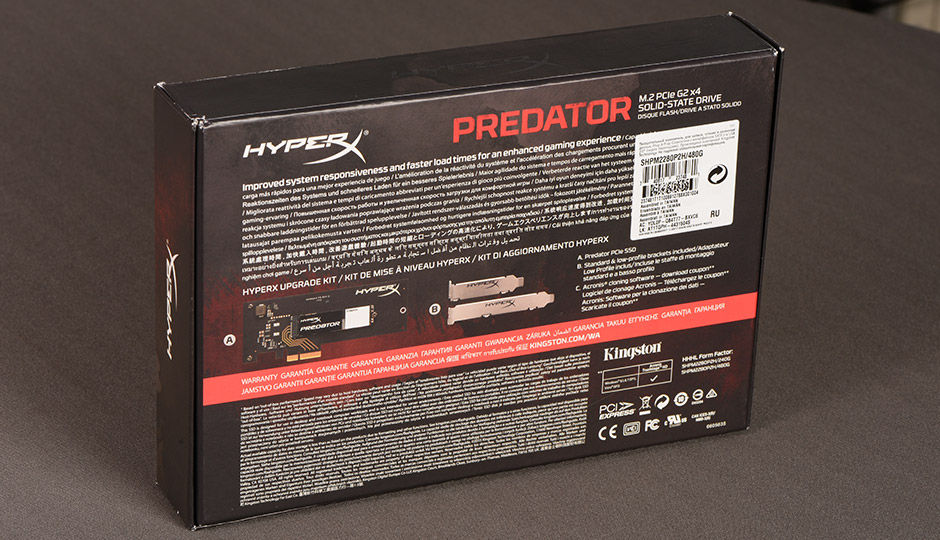 While it hasn't officially launched in India, the Predator is going to cost somewhere in the vicinity of Rs.48,000. And with speeds of 1400MB/s (read) and 1000MB/s (write), it isn't exactly a budget friendly SSD. The high performance sure does come with a price premium. 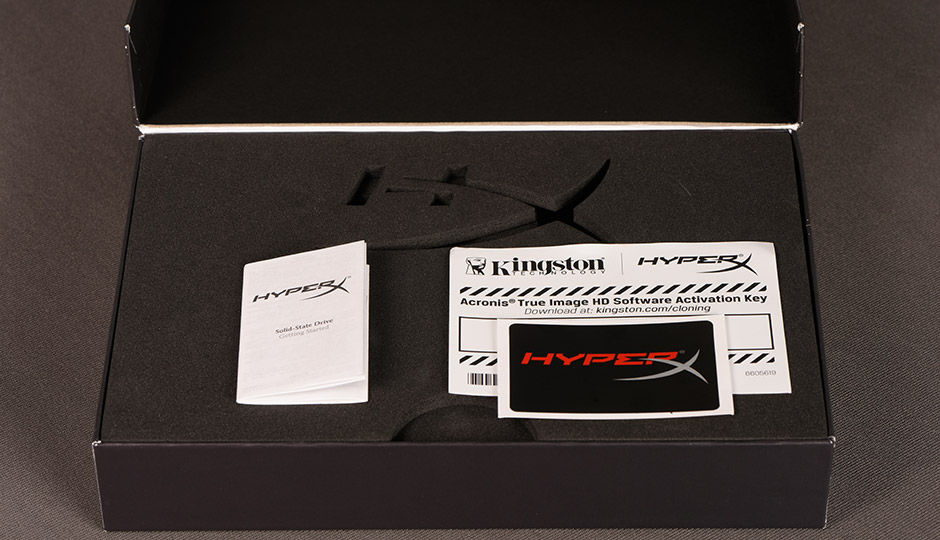 The insides are lined with thick foam padding and the top sheet has the HyperX branding cut into it. We found the PCIe SSD and the half-height metal bracket to be quite secure on the inside. 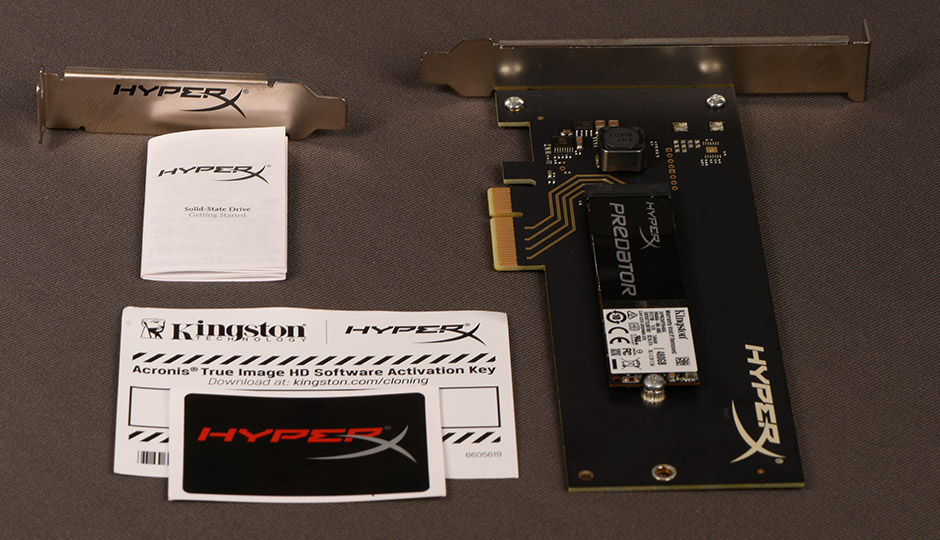 Aside from the HyperX Predator PCIe SSD, the box has a half-height metal bracket, an instruction manual, HyperX sticker and a free copy of Acronix True Image HD software for you to make a transition from your HDD to this SSD. 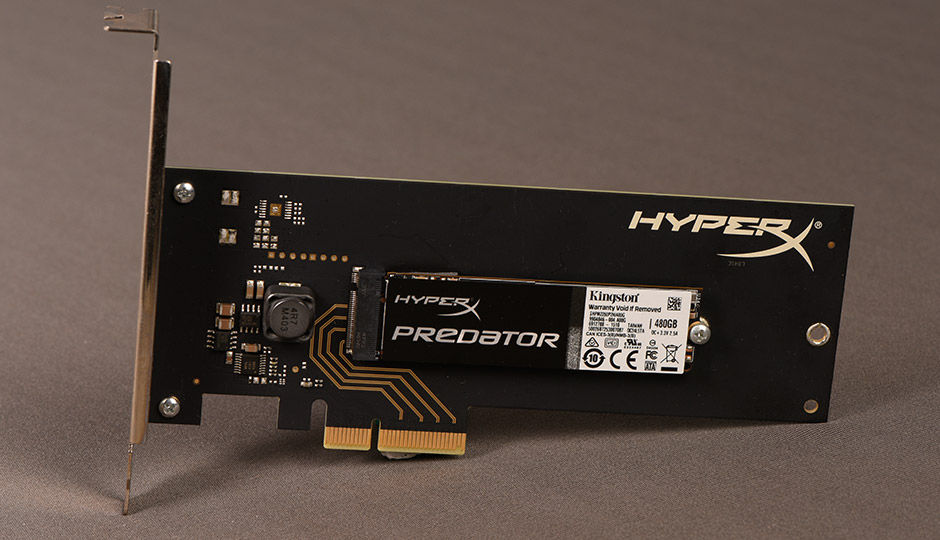 The SSD is actually an M.2 M-keyed SSD which comes pre-installed on the PCIe adapter which in turn is attached to a full-height metal bracket. On the PCIe adapter we can see the individual PCIe lanes with golden accents running from the M.2 SSD to the connector. The SSD is powered from the PCIe slot and doesn't require anything else. The majority of the PCB is vacant with a matte black solder mask covering most of it aside from the HyperX branding on the top. 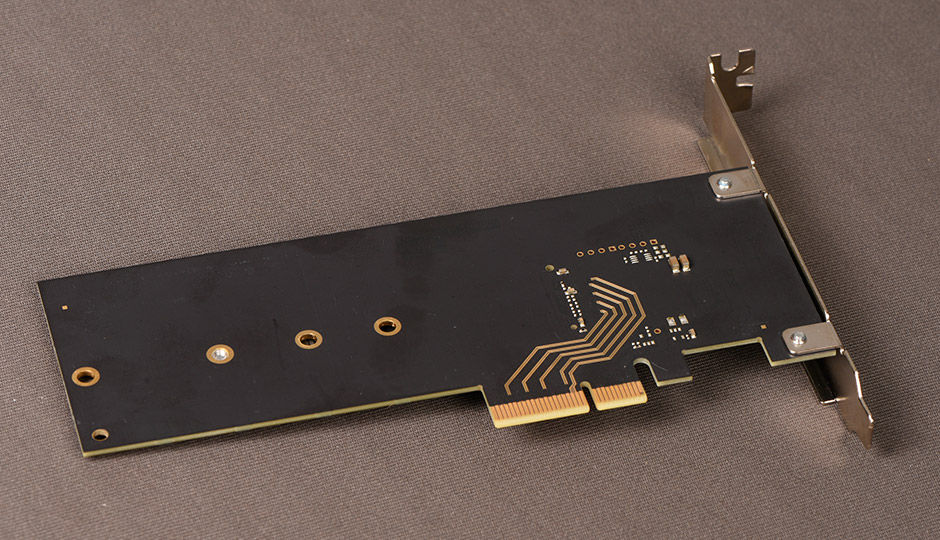 The rear of the PCIe adapter shows us that it has mounting holes for 42mm, 60mm, 110mm M.2 drives as well. So if you were to use the HyperX Predator with a M.2 slot on your motherboard then this adapter can be used for any other M-keyed M.2 card. 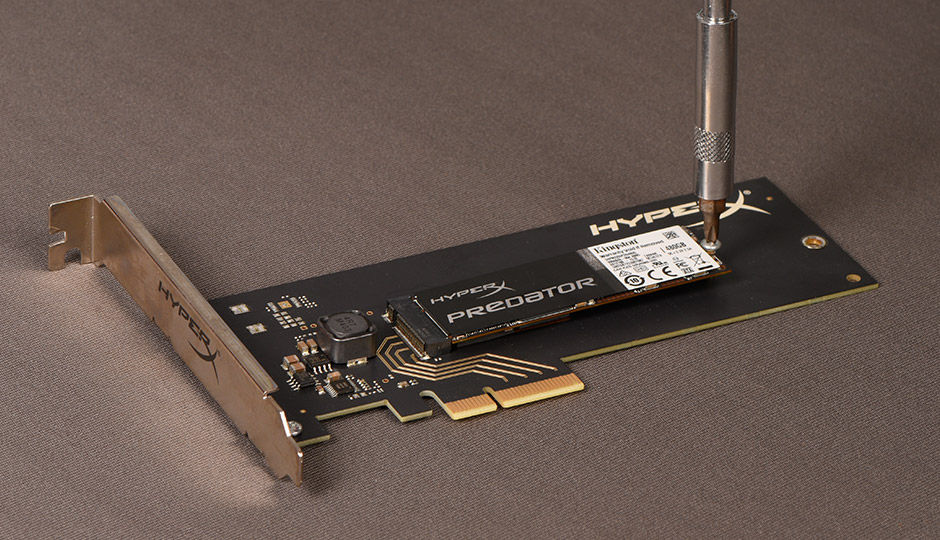 Removing the M.2 card is really easy since M.2 cards are only held in place using one screw. You need to be a little careful while taking the card out so as to not damage the thermal pad that lies under the card. Check the next slide to see what we're talking about. 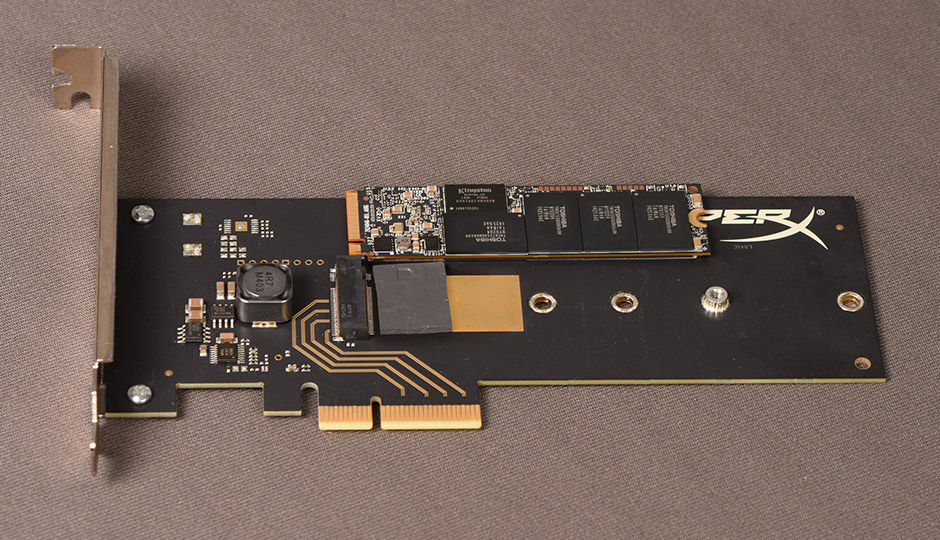 It might seem that the thermal pad wasn't properly utilised at first glance but that isn't the case. Most of the components that sit directly on the pad are passive components but on the opposite face of the PCB has the SSD controller, a Marvell 88SS9293. So effectively, the thermal pad is doing its job. 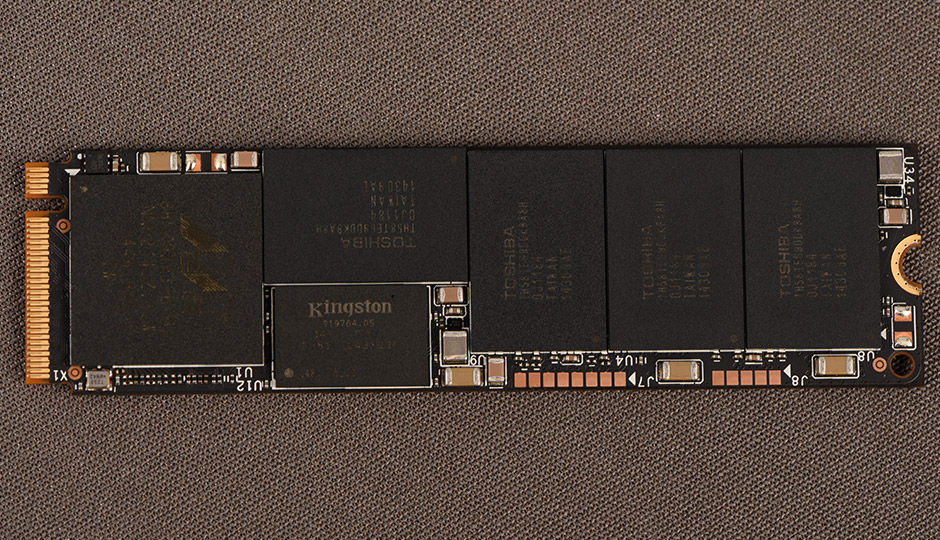 A closer look at the top surface of the SSD tell us that it makes use of a Kingston 4 GB DDR3L RAM chip accompanied by another on the underside. The NAND used for storage happen to be 8x 64 GB Toggle MLC A19 chips made by Toshiba. Obligatory image of the underside. The configuration is pretty much the same except for the space occupied by the controller has made way for all the passive components aside from the two power transistors.