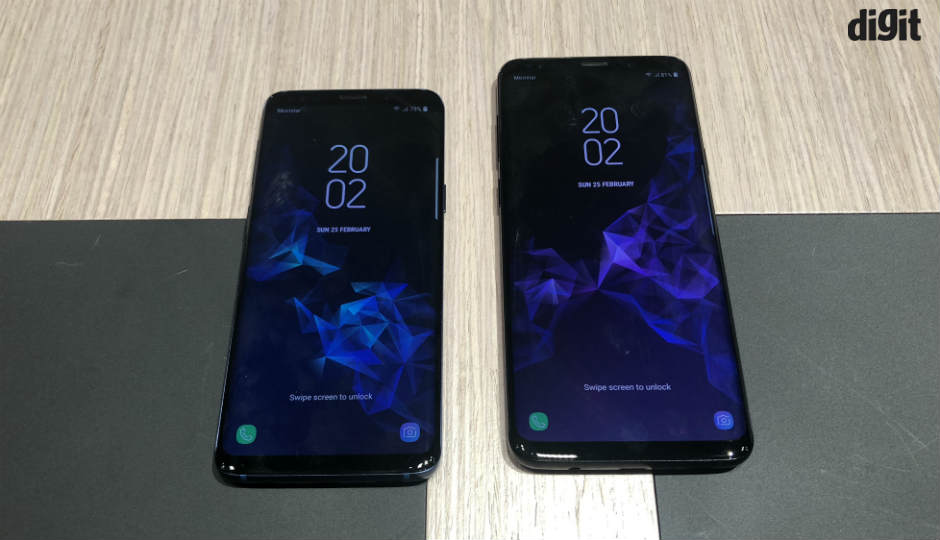 Samsung launched its new flagship smartphones, Galaxy S9 and S9+ smartphones at MWC 2018. The new devices feature a new camera setup and newer SoCs. The two phones are slated to launch in India soon and are expected to be powered by the new Exynos chips in the country. Samsung hasn't disclosed the pricing and launch dates just yet but interested customers can go to Samsung’s website to pre-book the phone for just Rs. 2,000. One can also book the phone offline via select Samsung stores. We had the chance to check out the phones at the launch event and here is a quick look at the two devices. 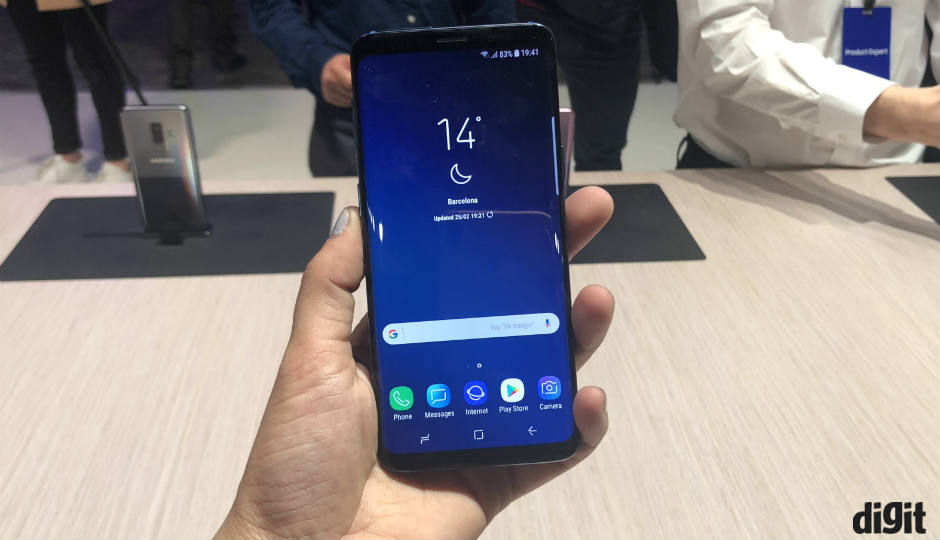 The Samsung Galaxy S9 is the smaller of the two and has the same basic shape and size as the outgoing Galaxy S8. Here is a quick rundown of key specifications. 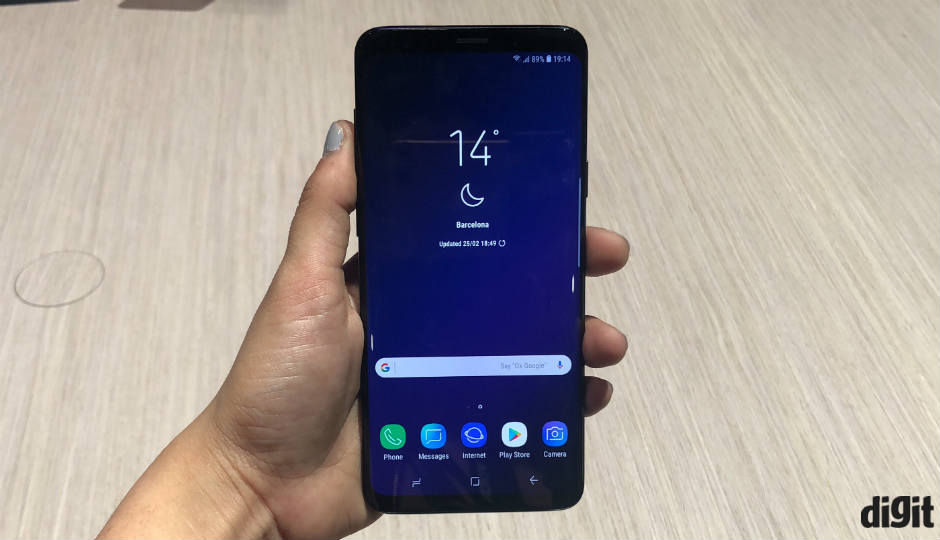 The bigger phone packs a bigger battery, a larger display and also offers a dual-camera at the back. Check out the specifications. 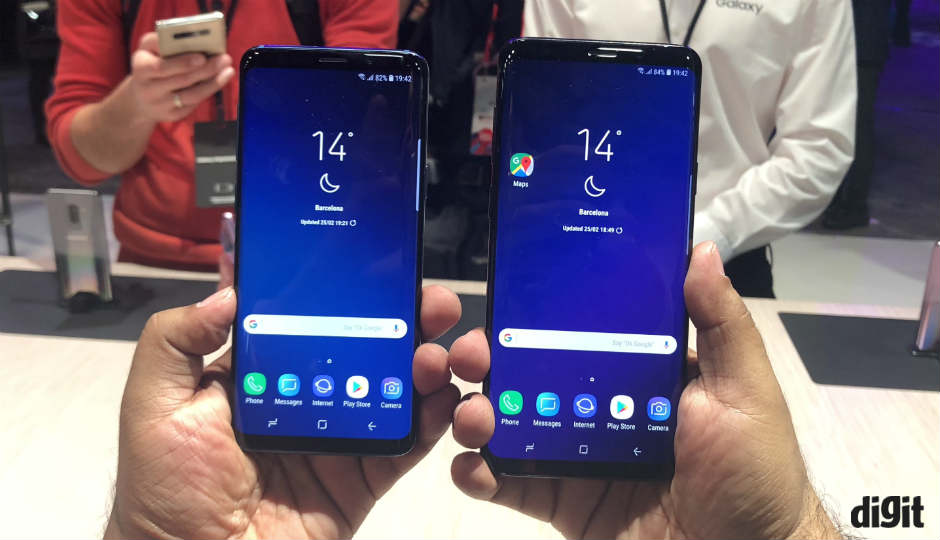 As expected both phones employ Super AMOLED panels in 2K+ (2960 x 1440p) resolution with thin bezels all around. The top and bottom bezels are now better masked and both phones now also offer stereo audio. 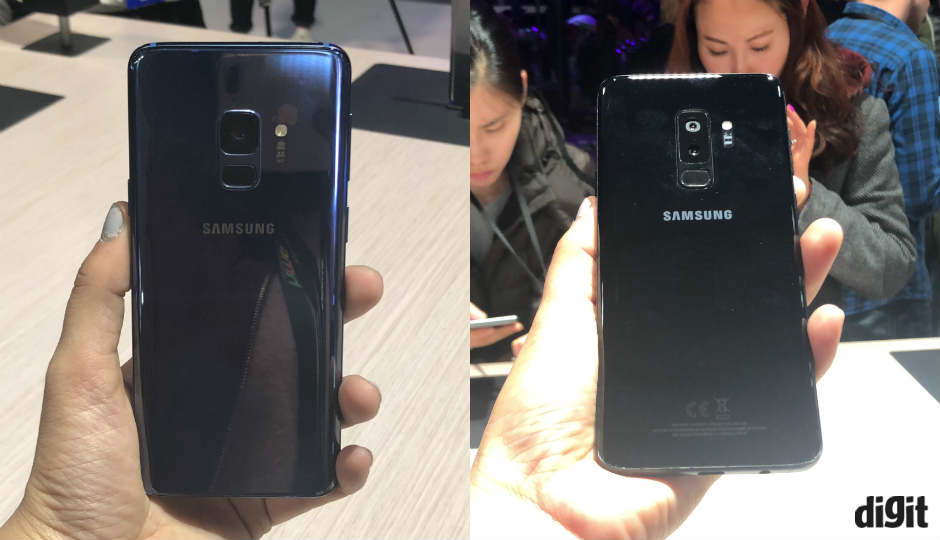 At the back, Samsung has finally put the fingerprint scanner in an easily reachable position. Above that, on the Galaxy S9 you get the single 12MP camera, while on the S9+ you get two 12MP cameras. The secondary camera on the S9+ allows the phone to take Live Focus images, similar to what we saw on the Galaxy Note 8. 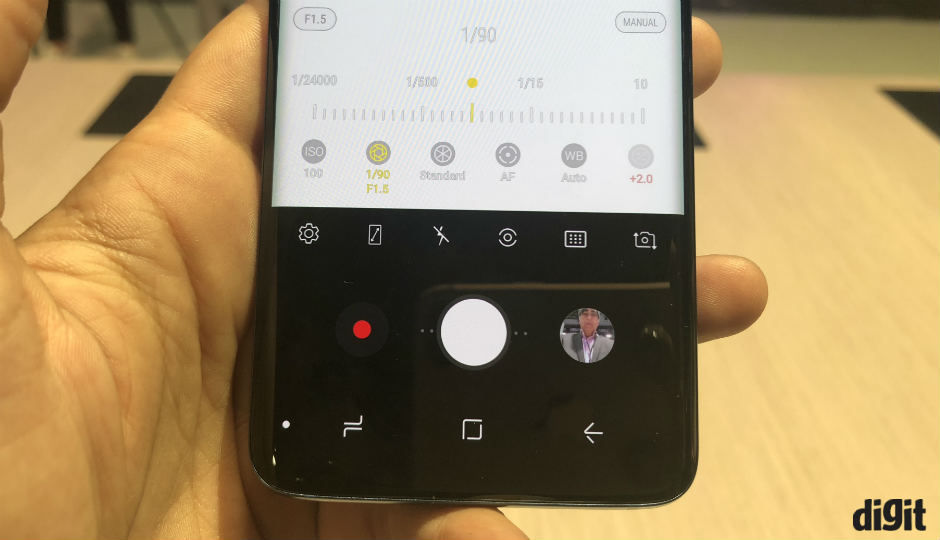 The biggest update to the phones is the variable aperture functionality in the primary rear camera. This is the first time we are seeing a phone which can actually change the aperture of the camera physically. The phones can toggle between a f/2.4 aperture all the way up to a f/1.5 aperture. 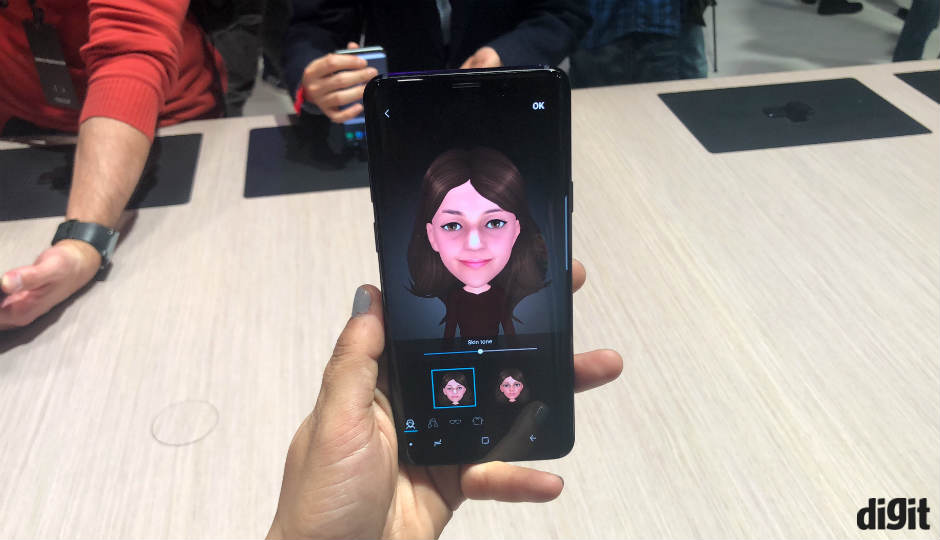 Samsung is also adding an AR feature called AR emoji, which can turn your selfie into a personalized Emoji, which can be used on various social media platforms. 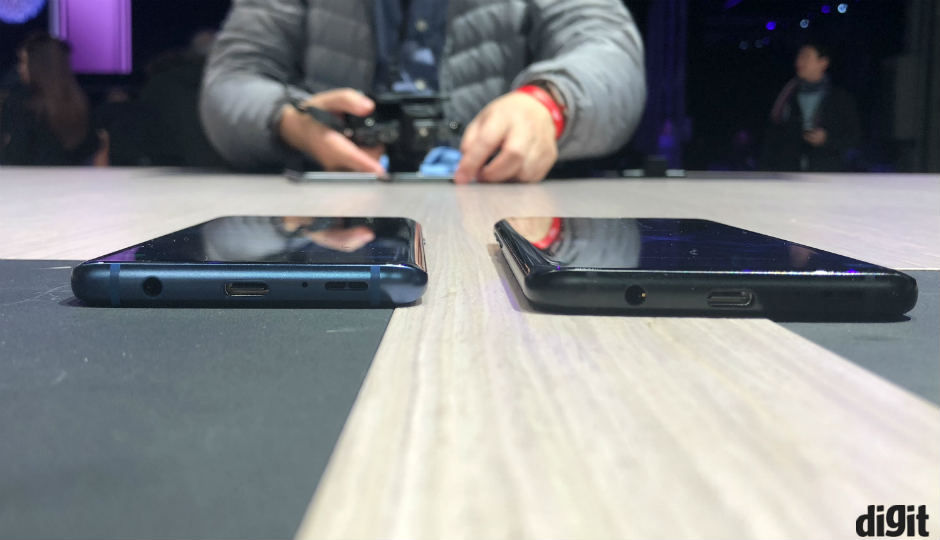 Samsung also retains the headphone jack, which slowly dying in flagship phones. The audio is specially tuned by AKG. 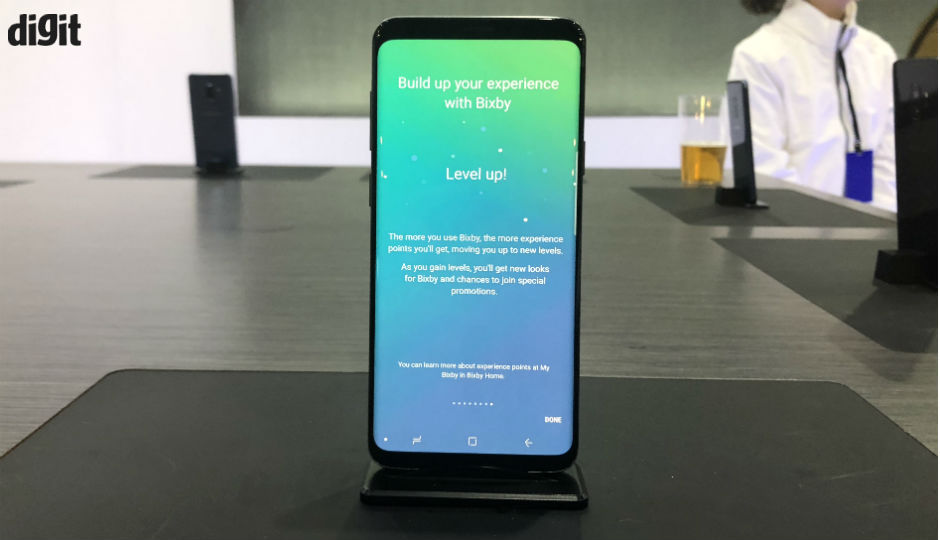 Bixby is back in an improved avatar. There is a new Bixby wall and one can now use Bixby to translate languages. The feature works in a manner similar to the Google Translate camera. However, these new AI tricks are limited to US, Canada, and China at launch. 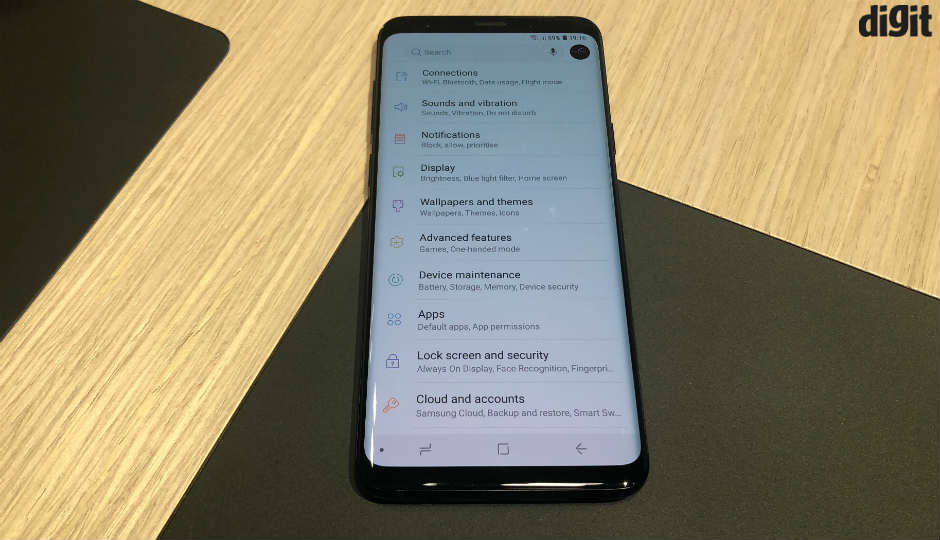 The UI looks quite familiar and Samsung owners will feel at home switching to the new phone. However, besides a few tweaks, the biggest change is that the phones are running Android Oreo out-of-the-box. 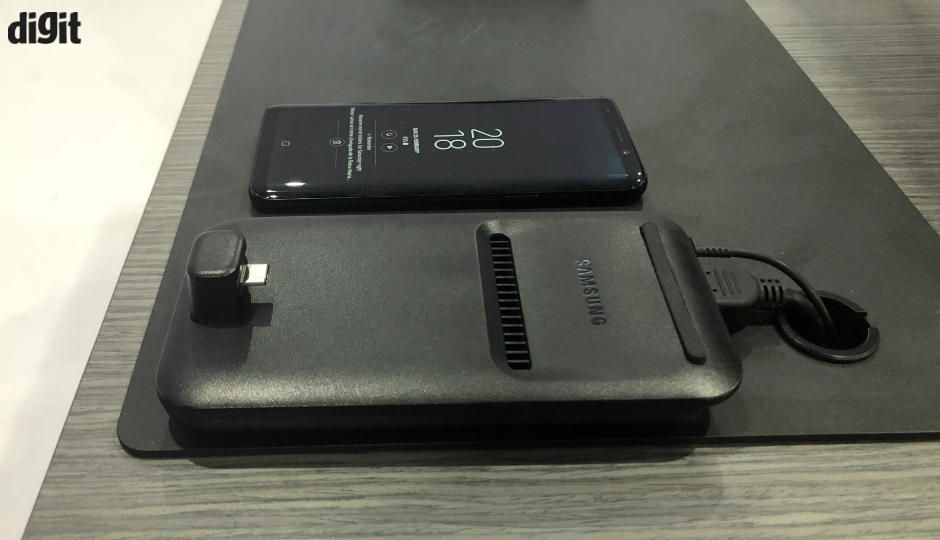 Samsung has also unveiled a new Dex pad and the company has updated the new phone’s Dex capabilities. It can now can be accessed via the new flat Dex pad. Once you attach the phone to the Dex pad, it can be used as a touchpad.