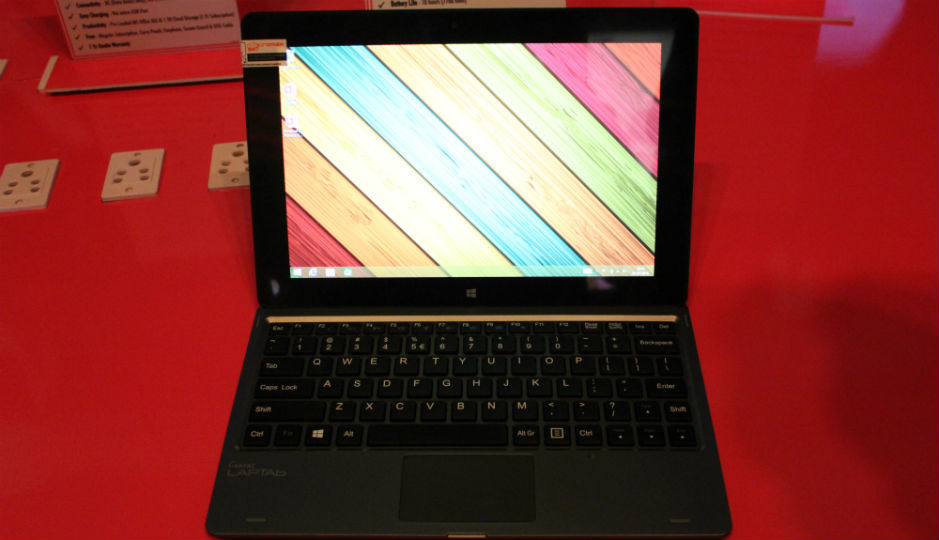 From phones to tablets to televisions, Micromax's product portfolio includes a lot of different screen sizes. The only thing that was left was laptops, and the company filled that gap yesterday, with the Micromax Canvas Laptab. The Laptab is Micromax's first 2-in-1 hybrid device, which means it can be used both as a tablet and a laptop. 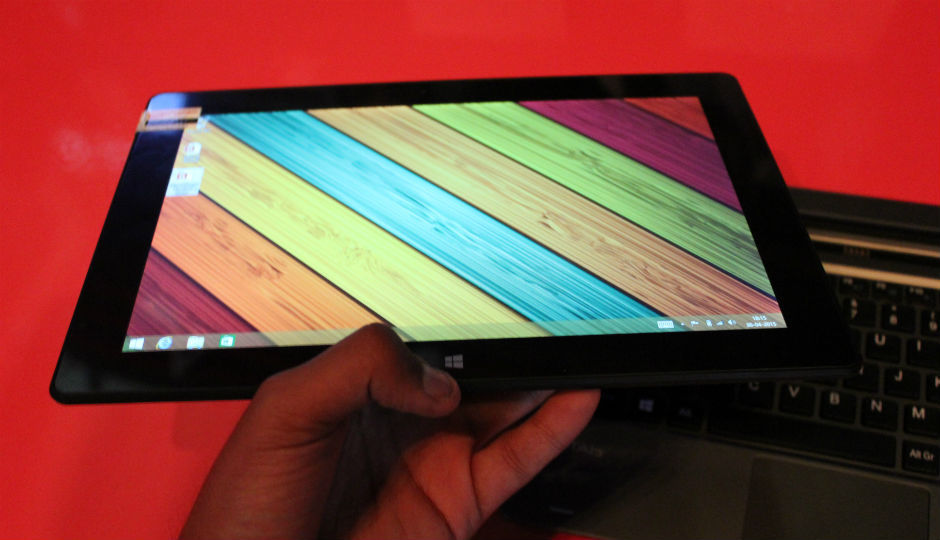 The Micromax Canvas Laptab isn't the most attractive device in the market. The overall build quality seems sturdy though, and it fits the Rs. 14,999 price tag. 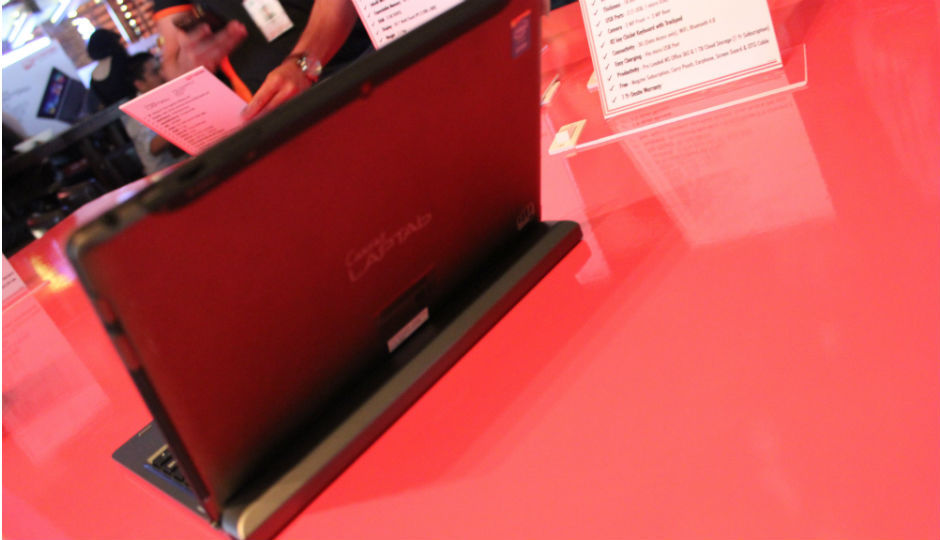 While it is a reasonably compact device when being used as a laptop, the Canvas Laptab is a big and bulky tablet that isn't the easiest to carry around. 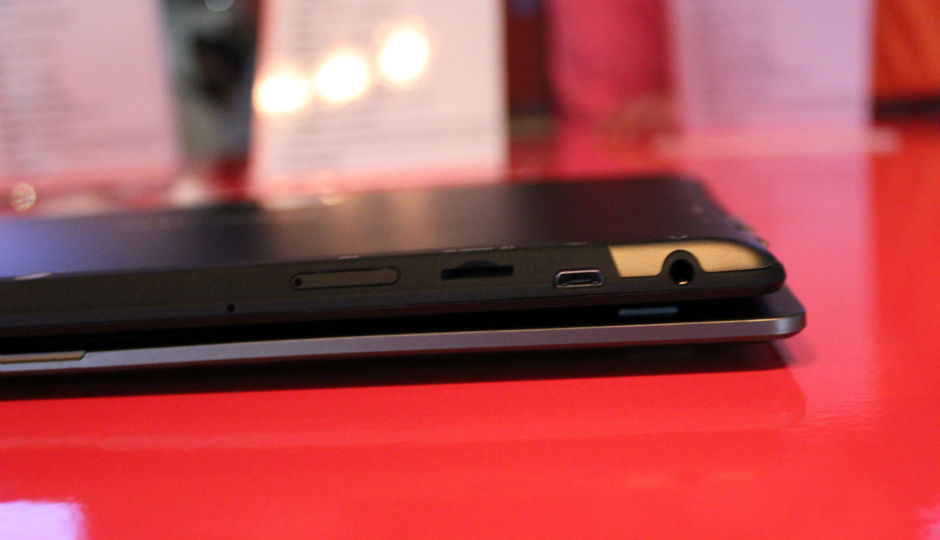 The device has a single micro-USB port, along with another USB 2.0 port, which you will find on the keyboard dock. 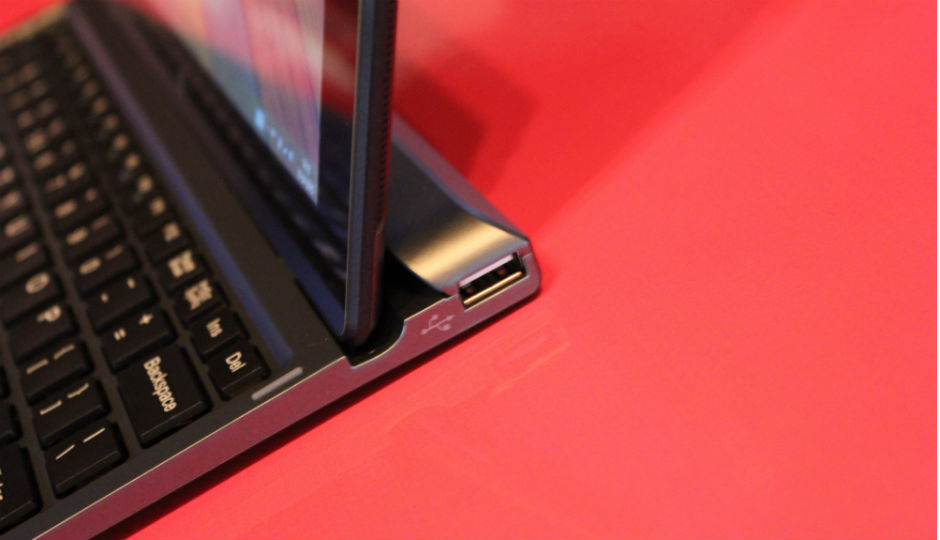 Here you can see the USB 2.0 port on the keyboard dock. 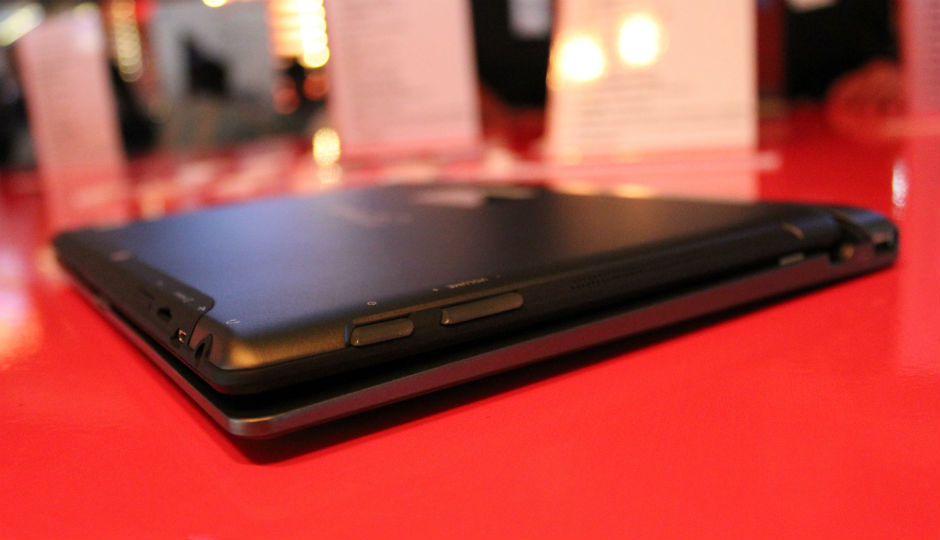 The Micromax Canvas Laptab has a 7700 mAh battery, which according to Micromax, runs for 10 hours. If true, it would be very good for such a device. 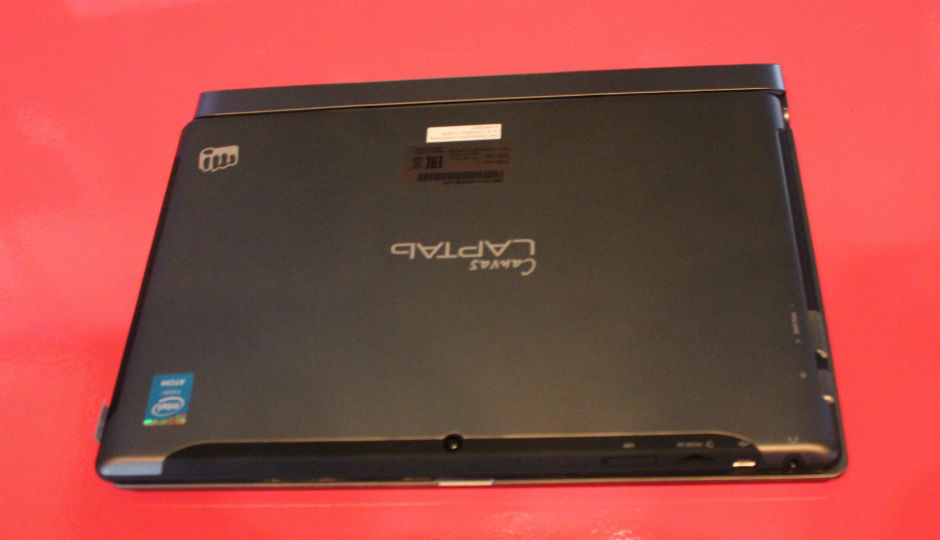 The Micromax Canvas Laptab runs on an Intel Atom Z3735F quad-core processor along with Windows 8.1. It has 2GB of RAM and Microsoft confirmed that it will be upgraded to Windows 10 later. 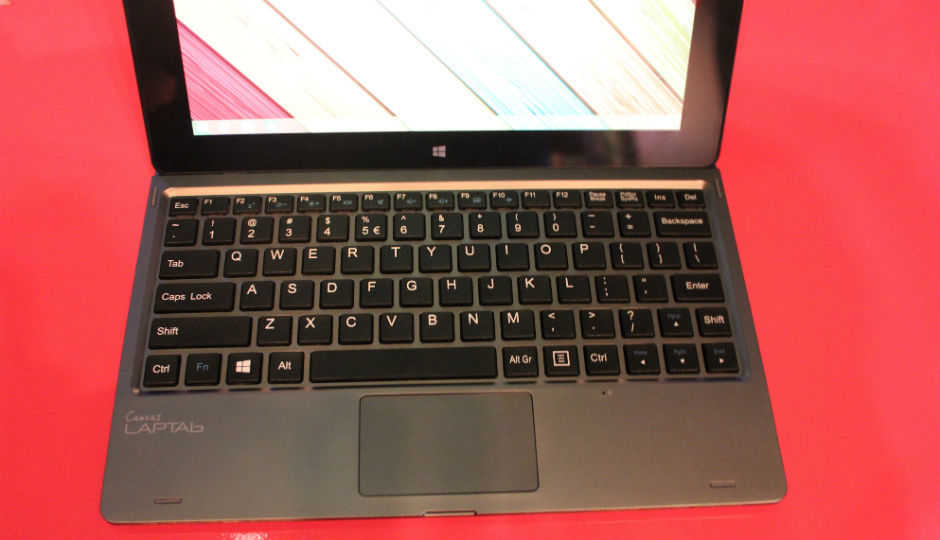 The keyboard is bundled with the device, which means you pay Rs. 14,999 for both the tablet and the keyboard. This definitely adds to the overall value of the device. 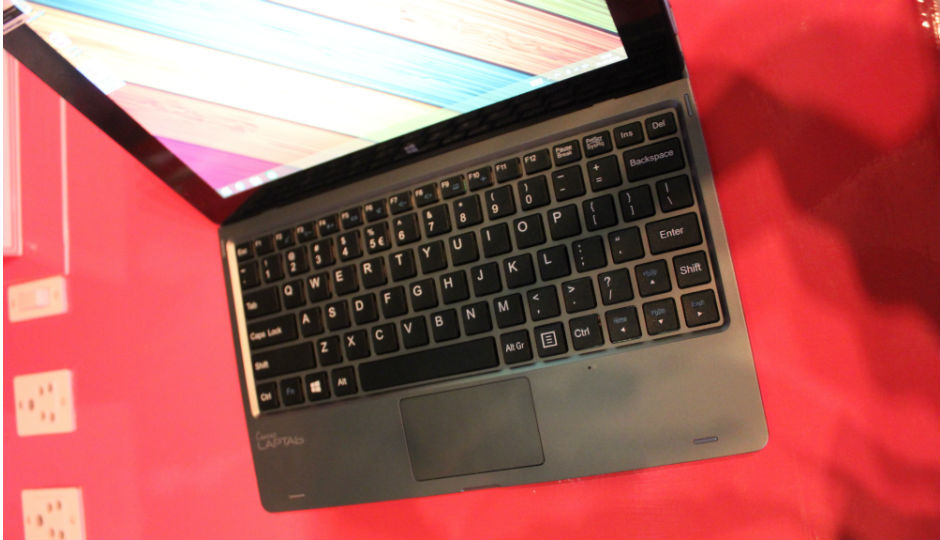 The quality of the keyboard is pretty good though. It isn't a rubber keyboard and is quite tactile. 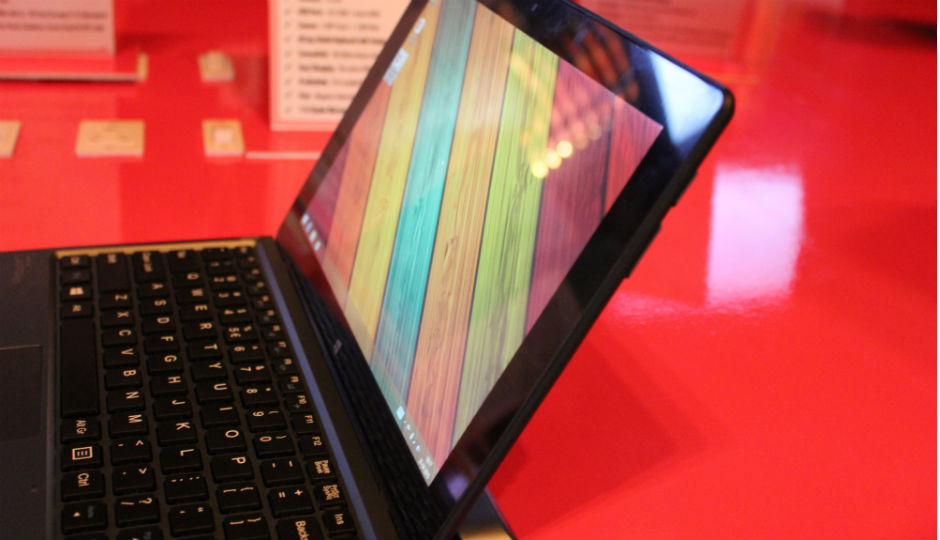 The display size is 10.1 inches across and has a resolution of 1366x768 pixels. It seems fine for a budget device, but the viewing angles weren't the best. 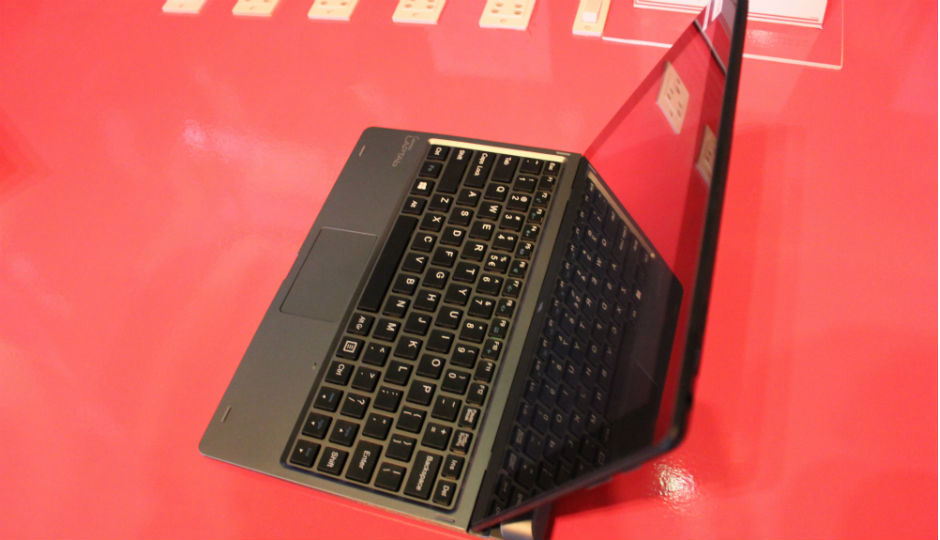 The Canvas Laptab also has 2MP cameras on both the front and back. 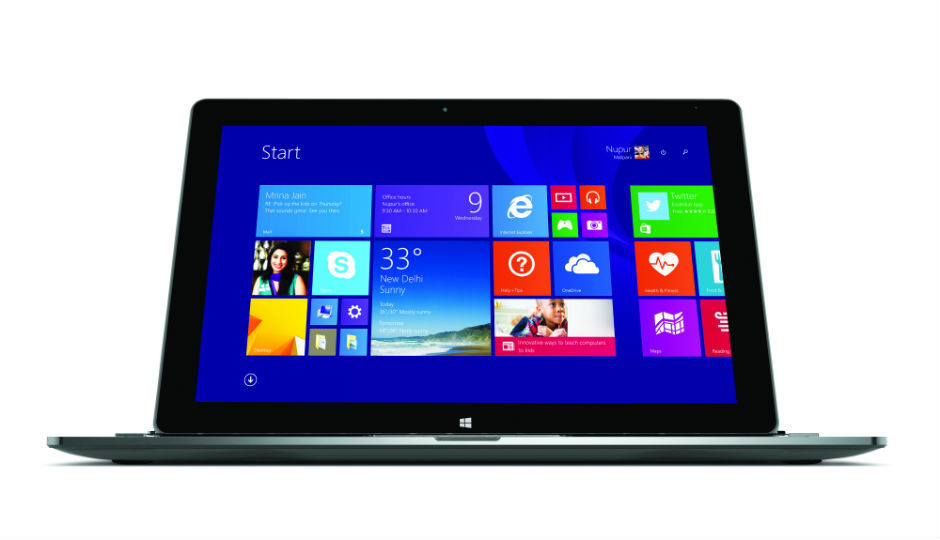 A very good thing about the Micromax Canvas Laptab is that it supports a SIM card. This means you can use 3G/2G data services when using this outdoors. Overall, the Micromax Canvas Laptab seems like a value for money device, which is priced just right. It will sell exclusively on Amazon initially, but we expect it to be in retail stores later.