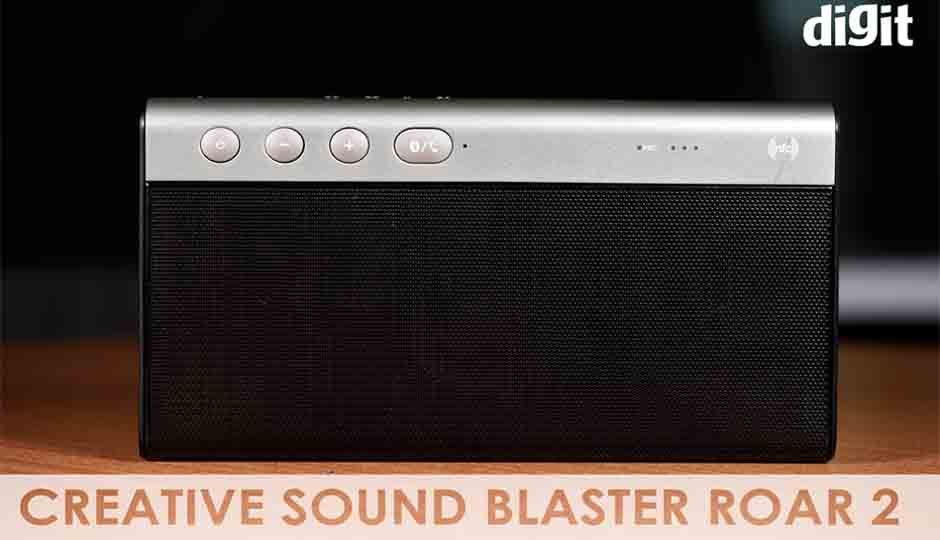 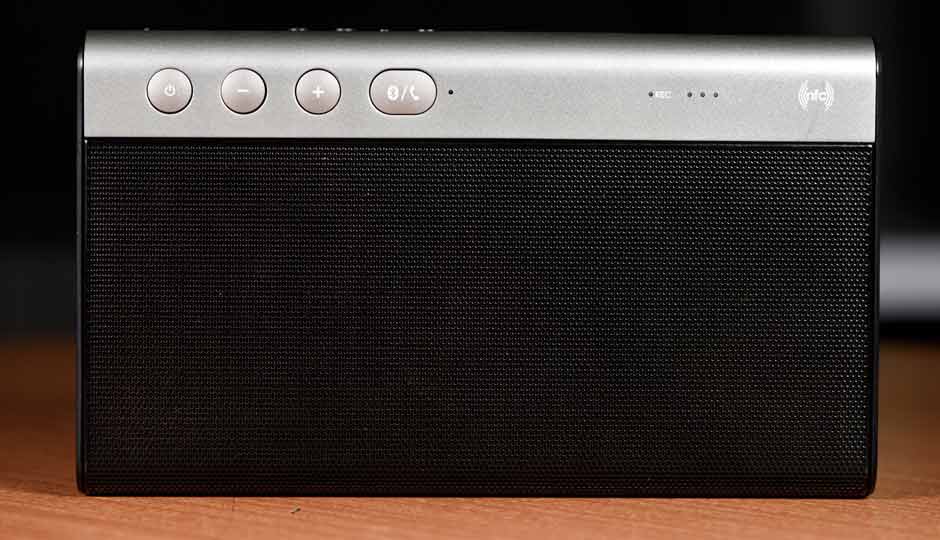 The Creative Sound Blaster Roar 2 looks quite elegant with its dual-tone design. The front of the speaker has all the essential control buttons, along with the NFC control tag. It is 20 percent smaller than the last generation, but uses the same five drivers. 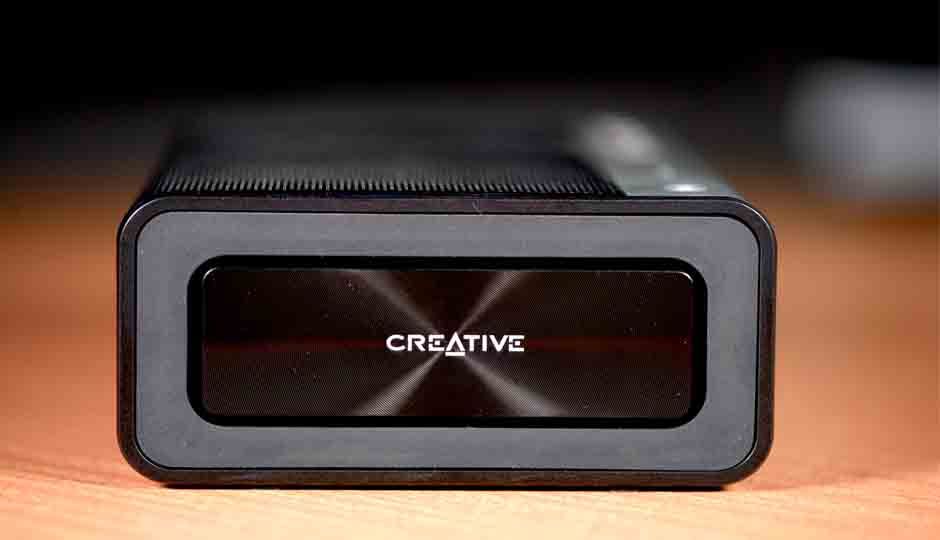 Just like the earlier Roar, this second iteration also has a Bi-Amplified design - one dedicated specially for lows and mids, and the other dedicated to high frequencies that allow the speaker in producing clear, high definition music, true to what the company claimed. The Sound Blaster Roar 2 comes with dual passive radiators that produce high-quality bass, and even the build is quite impressive with a glossy touch to the sides. 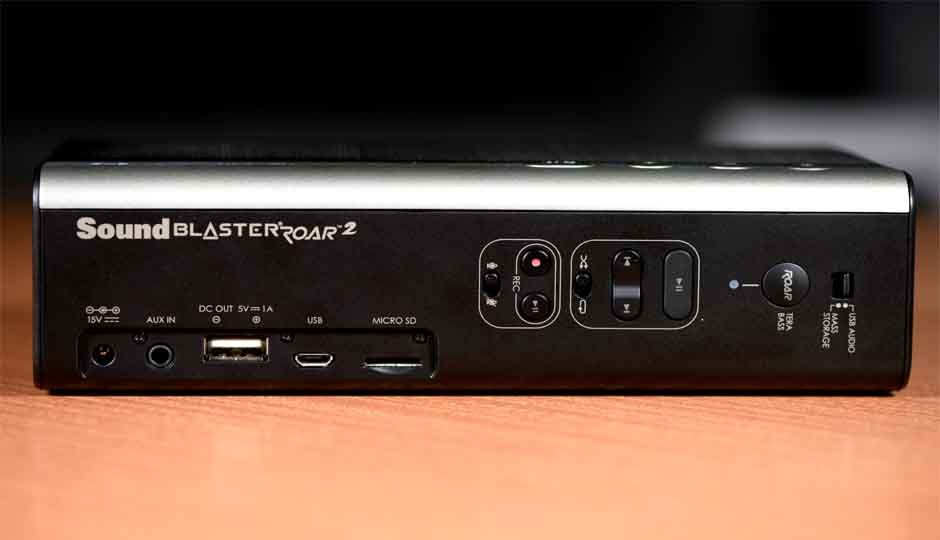 The Roar 2 supports pairing via Bluetooth or NFC, or even via a wired connection from AUX-in or USB. It also supports a microSD card, which can be used to play songs directly. This device also supports voice recording and is compatible with a Sony PlayStation 4. When using this device as a speakerphone, all the incoming calls can be recorded using the integrated voice recorder. 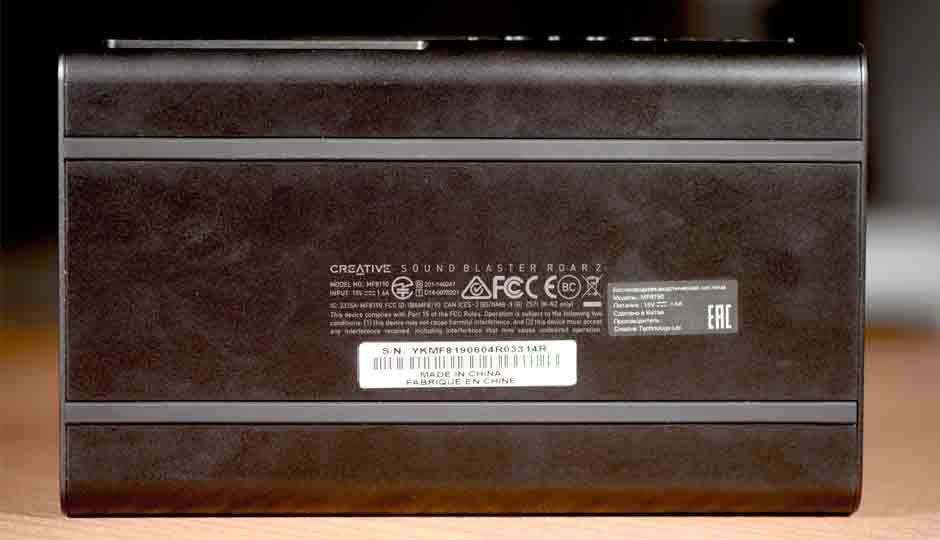 The speaker features dual orientation mode, which means that you can lay the speaker flat, or on one of its edges. It supports HD wireless codecs aptX and AAC, which is responsible for crystal clear music. The device also features a unique button called TeraBass, which intelligently boosts bass. 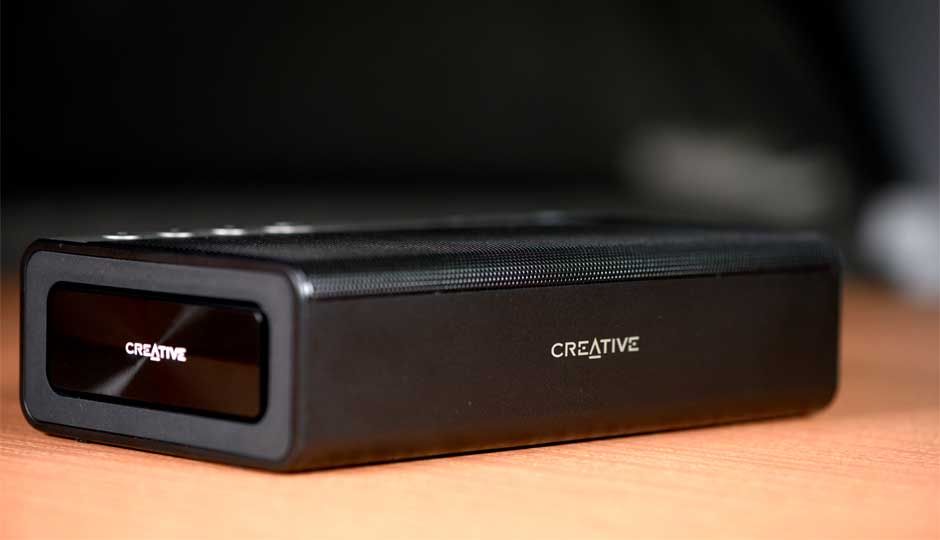 When connected to a PC or Mac using the micro USB cable, this device can function as a perfect audio host device. Users can also download the dedicated Sound Blaster Control Panel software to access SBX Bass and SBX Dialog Plus. How does it sound? We'll put out a video with the Roar 2 soon, but in the meantime, you can check out an audio comparison between the original Sound Blaster Roar, the UE Boom and the Bose SoundLink Color, here.