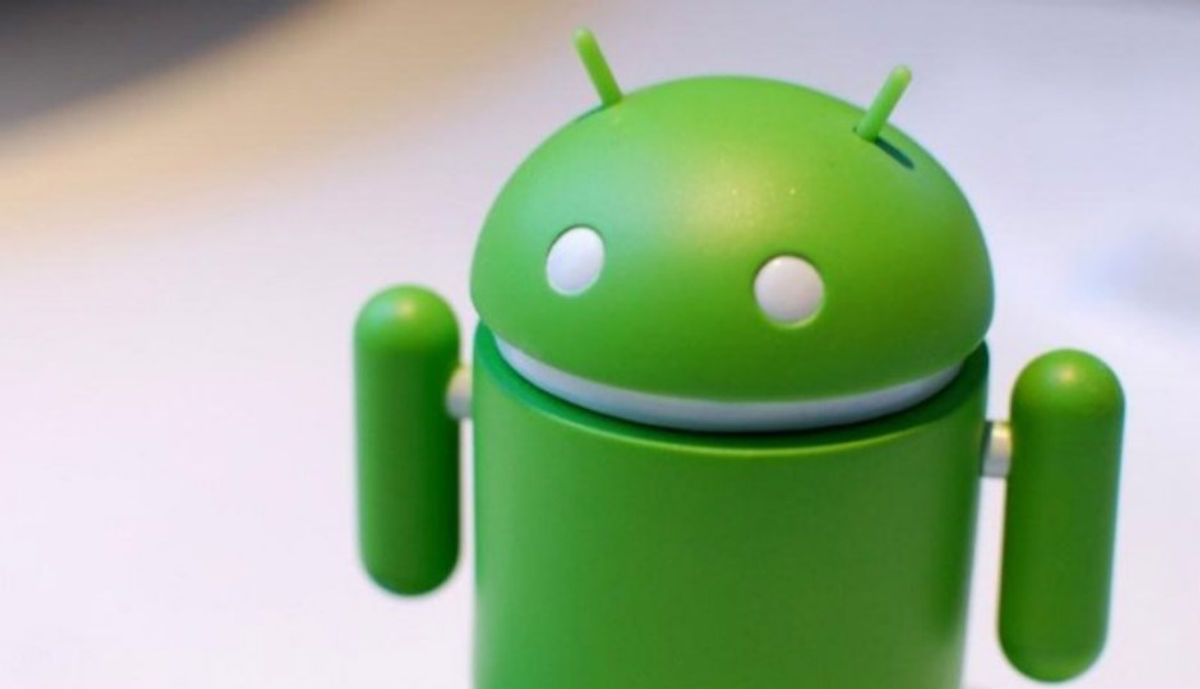 Every phone comes with some preinstalled applications, and some manufacturers just install an app that they think is suitable. Others, like Samsung, go the extra mile and create their own app replacements.

The thing is, usually, these preinstalled apps / replacements aren’t as capable and are lacking in features and performance. However, there are a lot of alternative apps on the Play Store that allow you to replace just about every element you are dissatisfied it, and we are here to help you out. 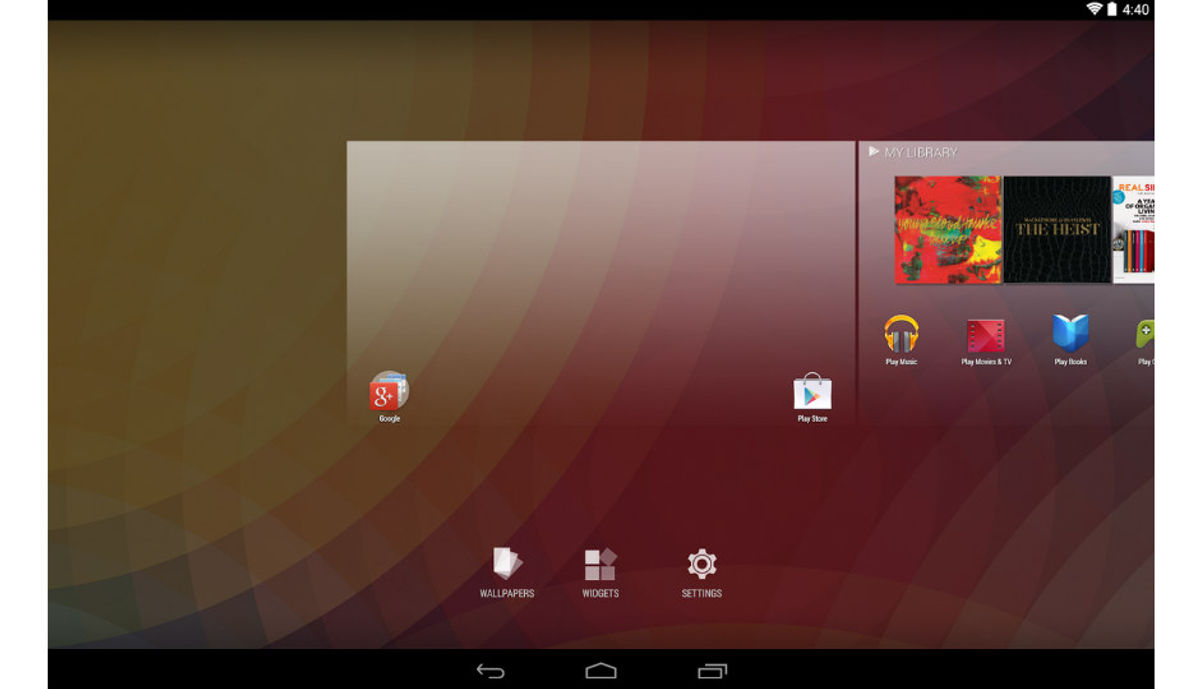 UI/ Launcher
Most Android Phones come with a custom launcher, and more often than not, these launchers are resource-intensive, slow and gimmicky. You can replace your launcher with these alternatives that offer you the features you want:

Google Launcher
It is made by Google, so you can be sure that you would be getting the stock launcher experience. It is the same launcher that is on Nexus Devices, and has a few useful features 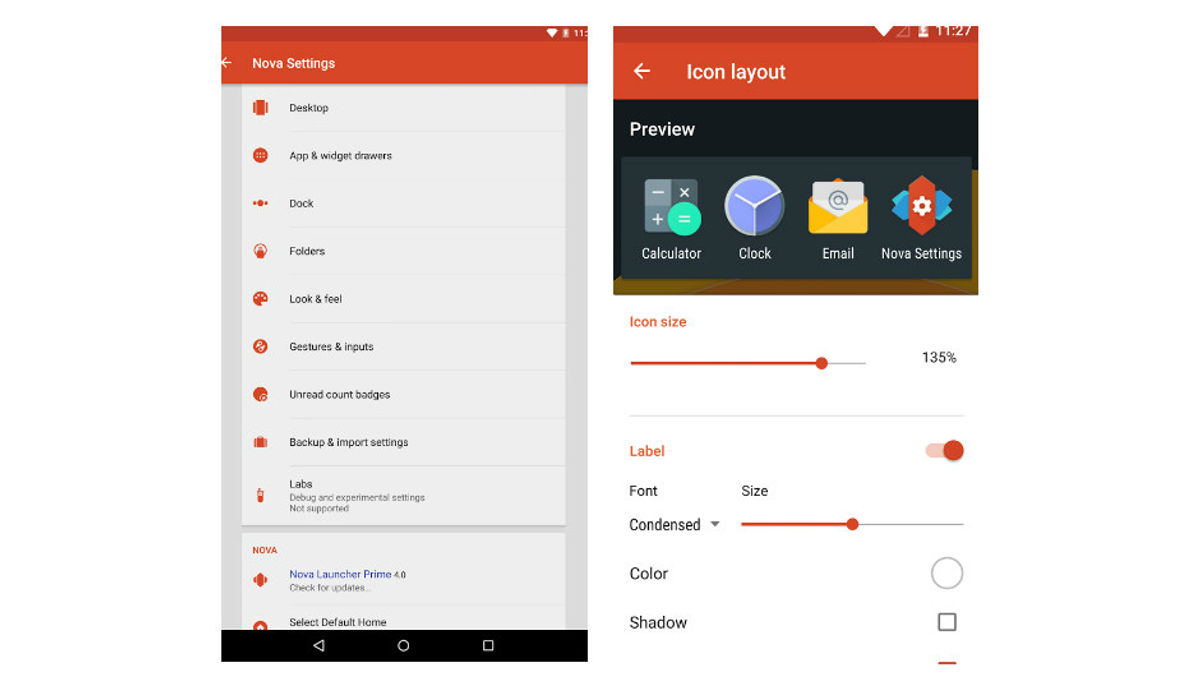 Nova Launcher
When you want to go the extra mile with customization, Nova Launcher is the way to go. It allows you to customize every element of your launcher, and can even add notiification badges. 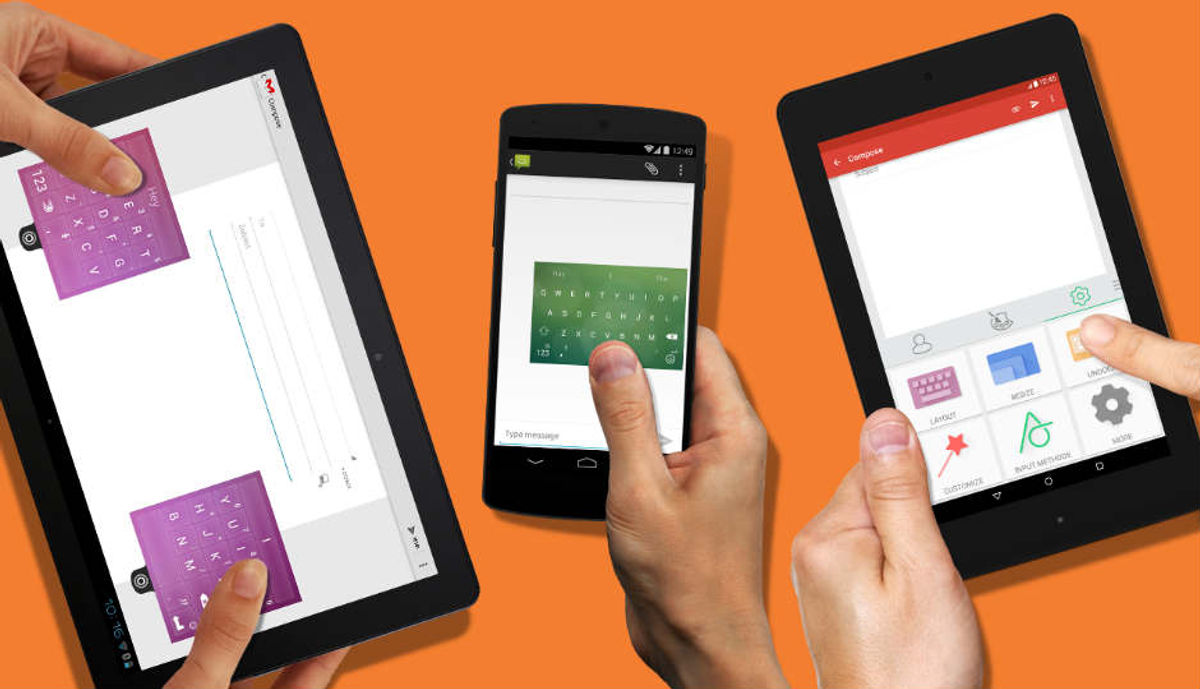 Keyboard
It is a bit odd that many manufacturers insist on applying their own skin to the keyboard and changing things just for the sake of being different, while compromising on actual usability. There are lots of capable keyboard alternatives in the Play Store, and you should install them in order to free yourselves of your OEM’s customizations.

Swiftkey
Swiftkey is the de-facto replacement keyboard, and is probably the most well-known keyboard replacement. And why shouldn’t it be? It offers themes, key customizations, shortcuts and best of all, its eerily accurate prediction capabilities which improve as you type. 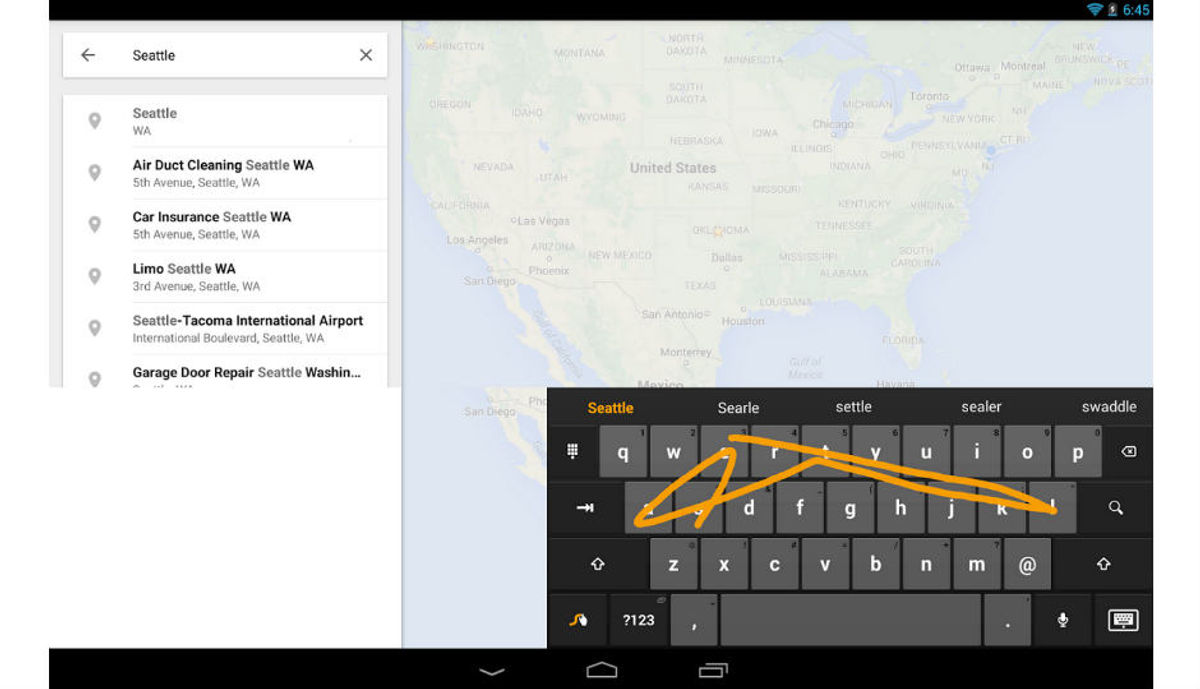 Swype
Swype is another popular keyboard replacement, and offers one standout feature, and a good one at that. Basically, you can swipe over keys instead of tapping them out, and this is faster, and oddly, a better typing experience. Yes, flow is a part of Swiftkey, but we feel it is implemented better here. 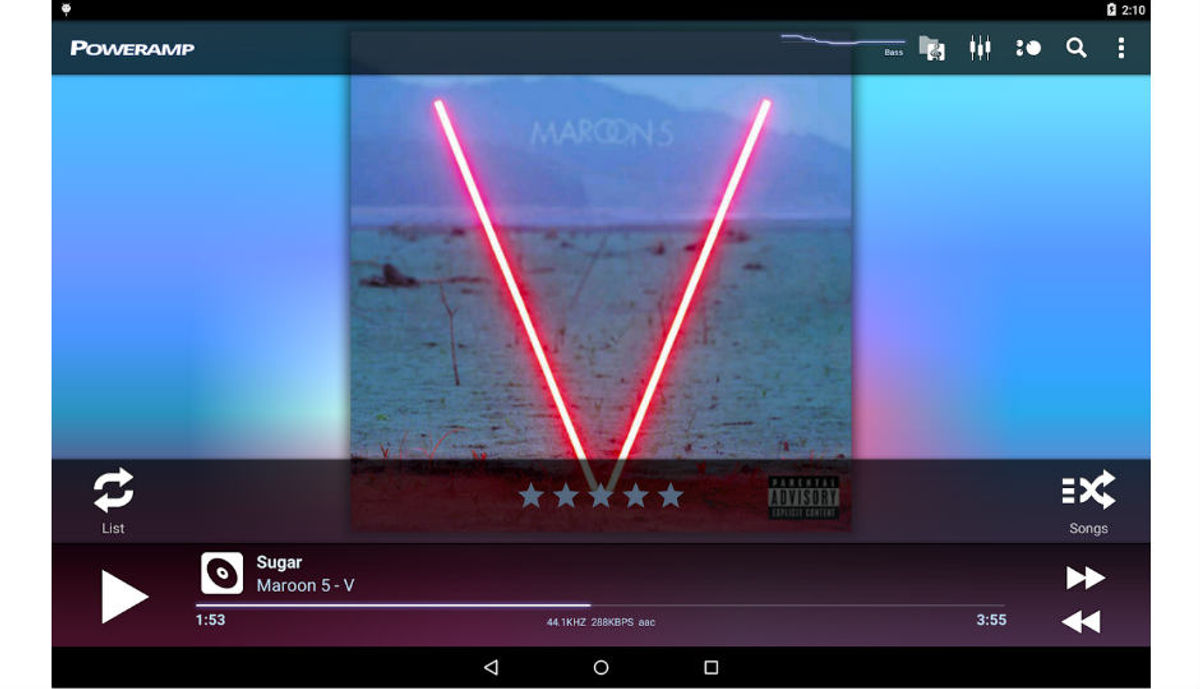 Music Player
Now why would you want to change a music player, you ask. Well, from equalizers to automatic metadata organization, there are a lot of useful features that a custom music player may offer. Here are some of the more capable ones:

Poweramp
This app’s main feature is its wide gamut of sound customization options to tune the sound just the way you like it. It also can amplify your sound (Software based, so quality may deteriorate), which may be helpful if your headphones are not loud. 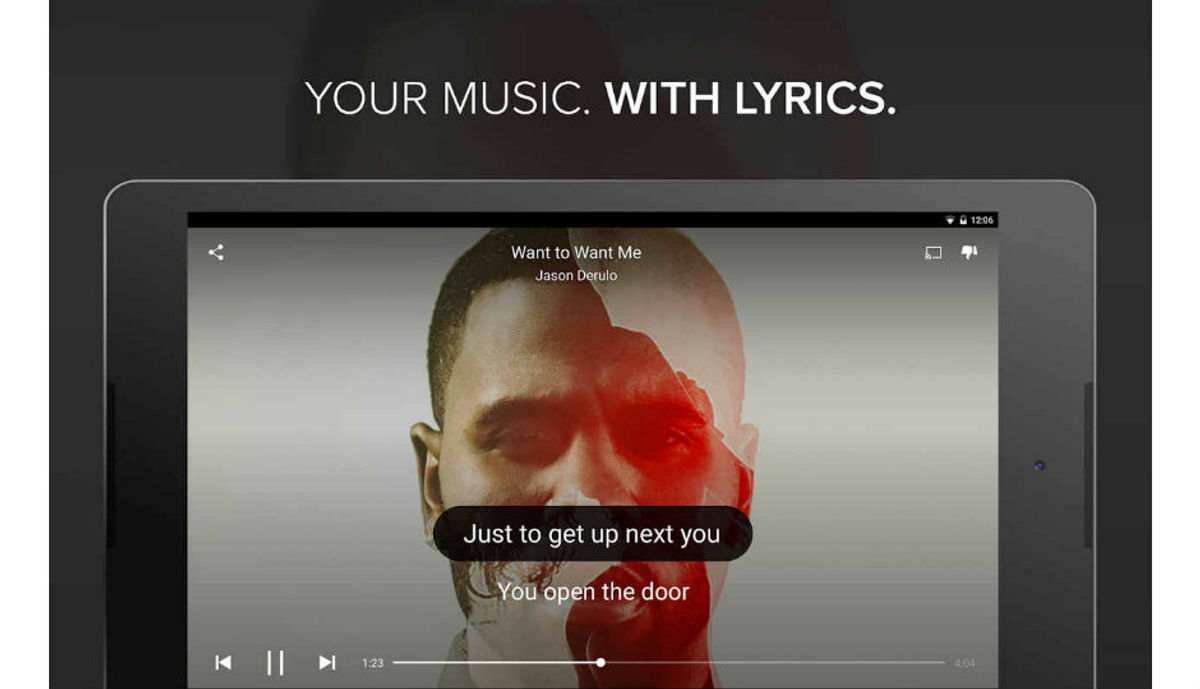 MusixMatch
When you want lyrics, Musixmatch is the best option. It gives you lyrics for the songs in your library, and you can even ask it to give you the lyrics of anything playing around you. It is compatible with apps like Spotify, so you can get your lyrics there too. 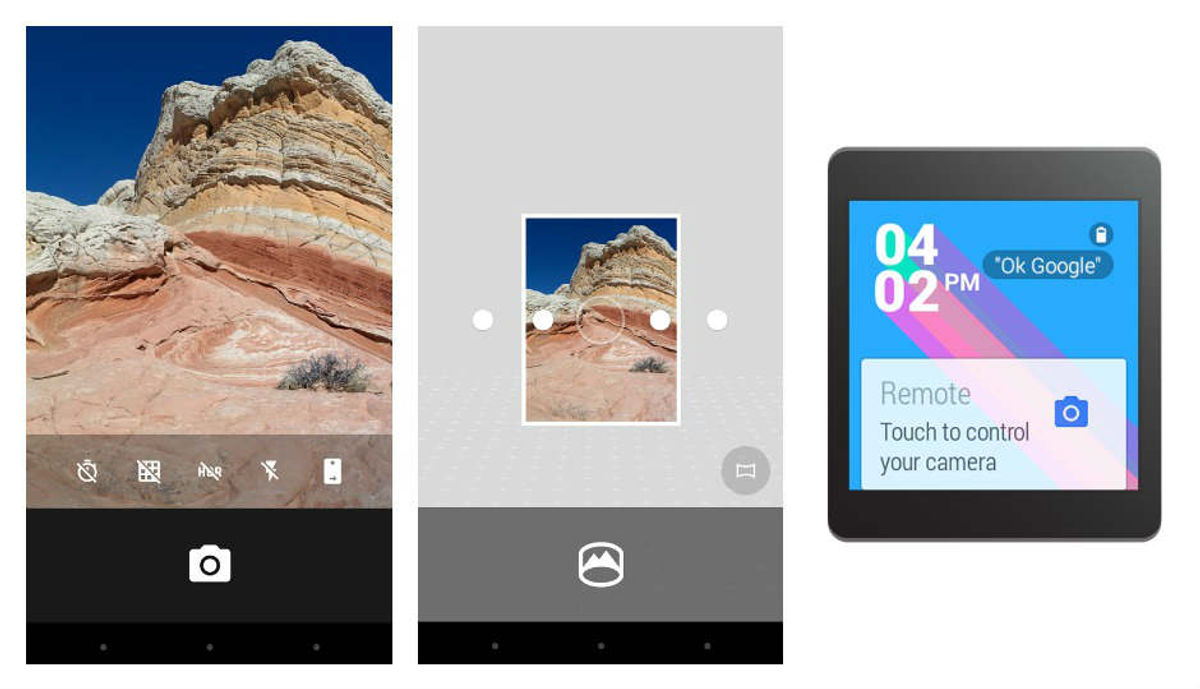 Camera App
Stock camera apps usually aren’t that good, and some companies fill these apps with gimmicks. Here are some apps to help you out:

Google Camera
Google Camera is the simplest camera app you can get. It gives you the true point and shoot experience, with you not needing to customize everything. Google Camera does all the grunt work, and has a few useful photo modes, unlike the gazillion useless modes offered by stock Apps. 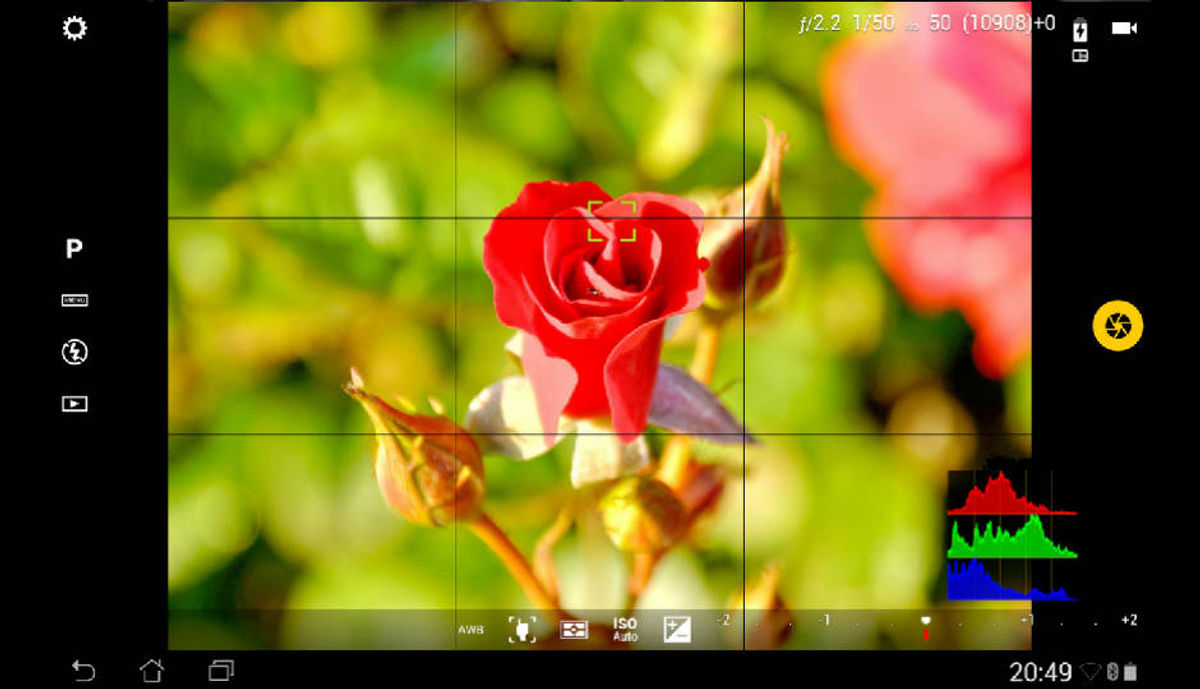 Camera FV-5
Camera FV-5 is the polar opposite of Google Camera. It offers you every customization option under the sun, including the ability to shoot raw images, long exposure images, and you can even control shutter speeds and anything else you want. 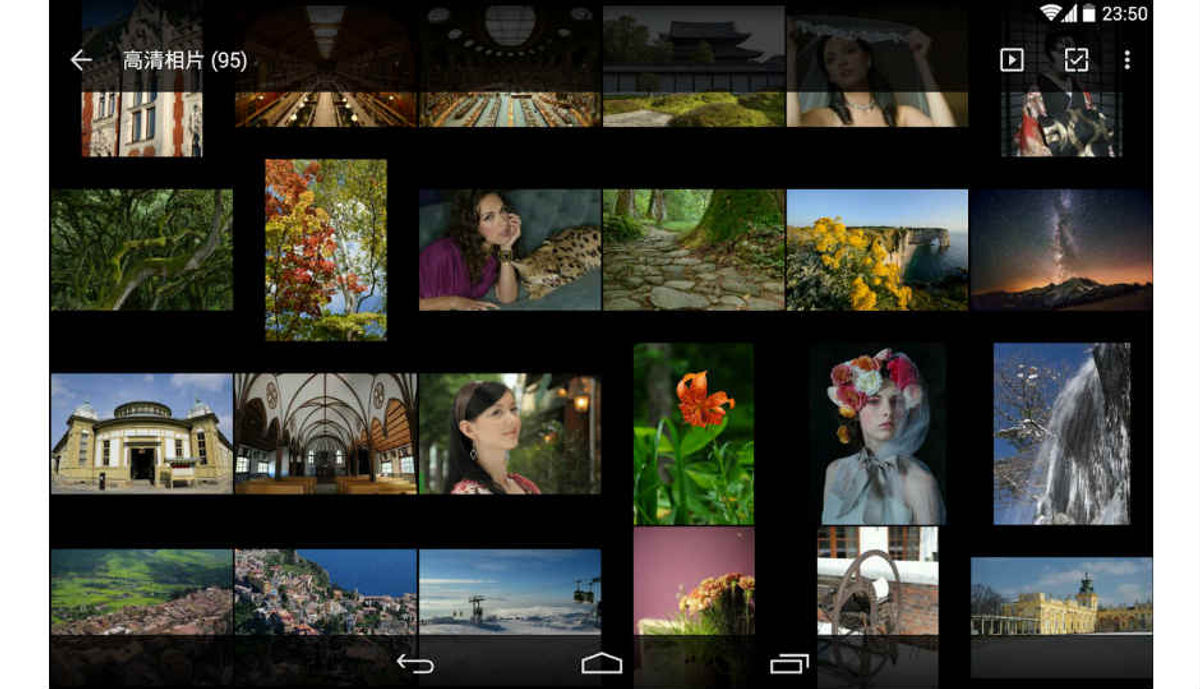 Gallery App
Even in the Gallery deparment, manufacturers skimp out on UI and features, and a custom app is really the best way to view and organize your photos.

QuickPic
It is a popular app with many useful features, including password-locking photos. It looks great, and well, when it comes to photos, that’s all that matters. 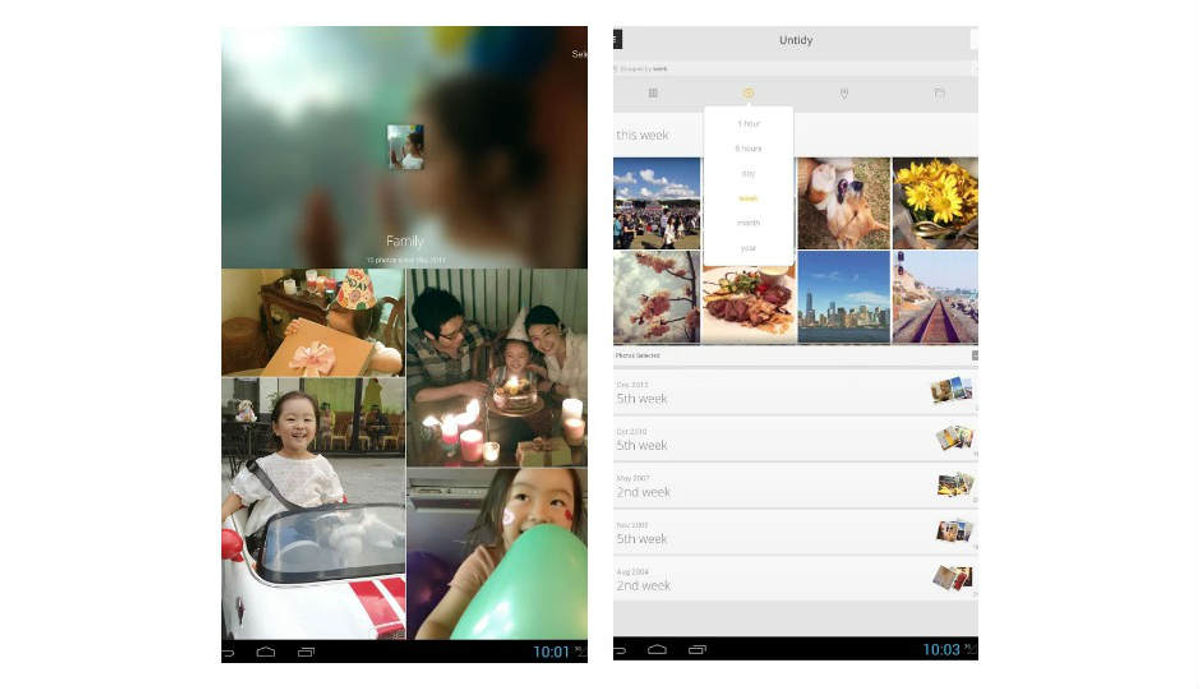 Tidy
It is the most comprehensive Gallery App available, with organizing and editing features that do what you want. 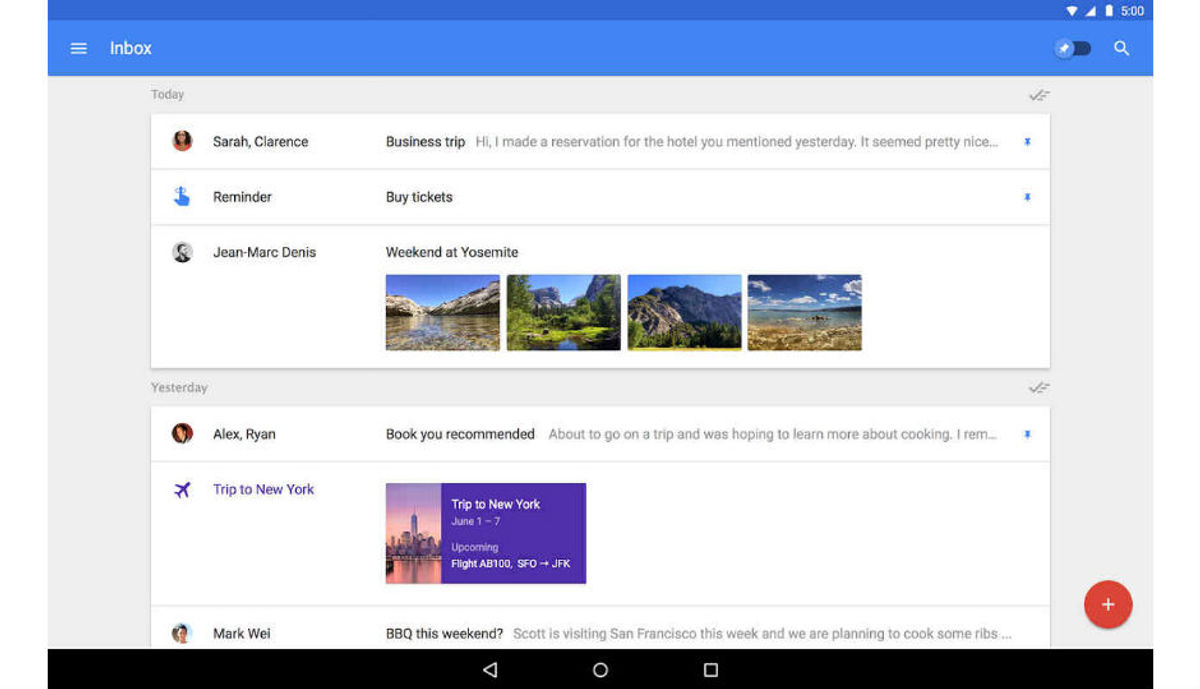 Email App
The key to a good Email app is getting you closer to Inbox Zero. Sadly, most stock apps don’t have any features to help you reach that goal, but alternatives do exist.

Inbox
It launched in beta, and was widely praised for its multitude of features. It has an intuitive design, and displays things like tickets and reminders. If you can only get one Email app, get Inbox. 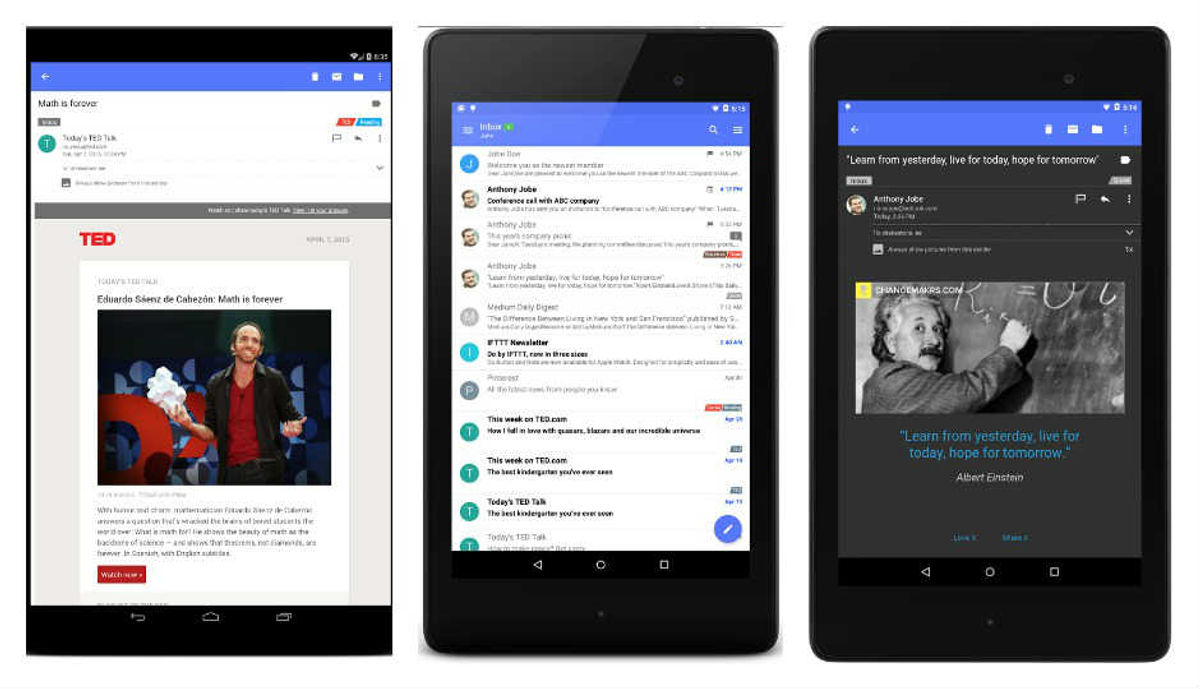 Nine
Nine is another great Email app. It is simple and intuitive, so you can easily get through your Inbox. 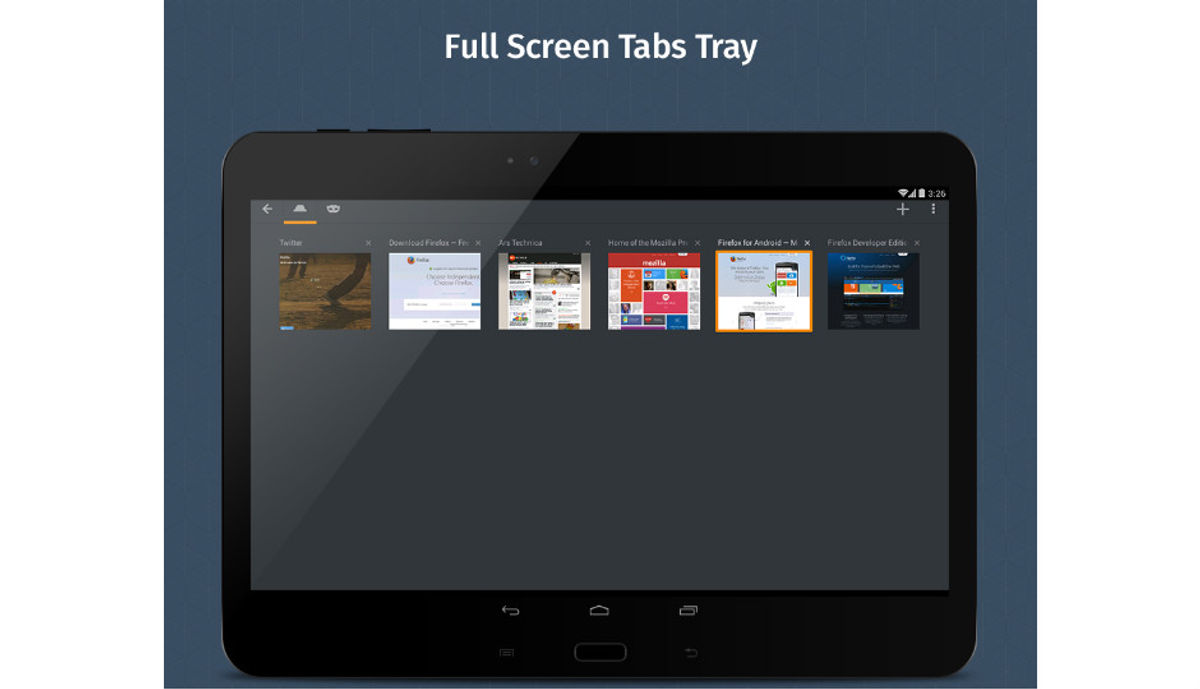 Browser
Some devices have their own stock browser, some have AOSP Browser and some have Chrome preinstalled. The latter is capable, and the others are outdated, but there are some better browsers out there.

Firefox
This browser has gone mobile. Firefox is the yin to Chrome’s yang. and offers features that rival Chrome. It is also quite fast, and you should definitely install it. 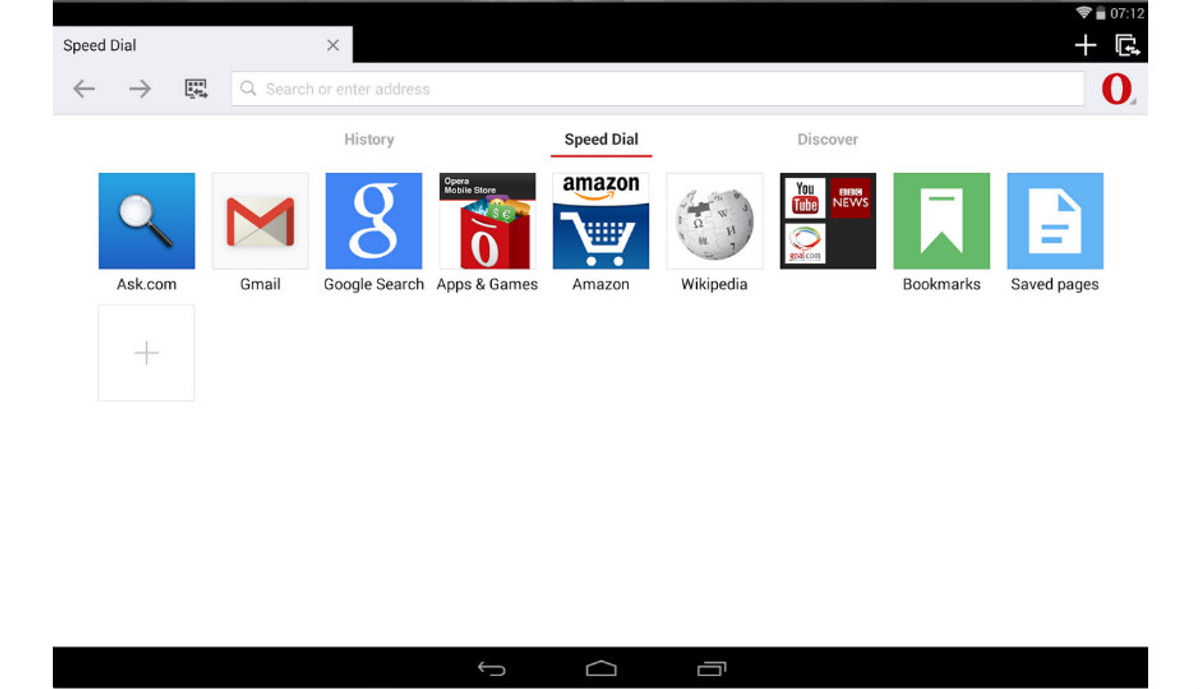 Opera
Opera is available for smartphones, completing the triad of the big three of desktop browsers. It is fast, and has features that reduce data consumption. 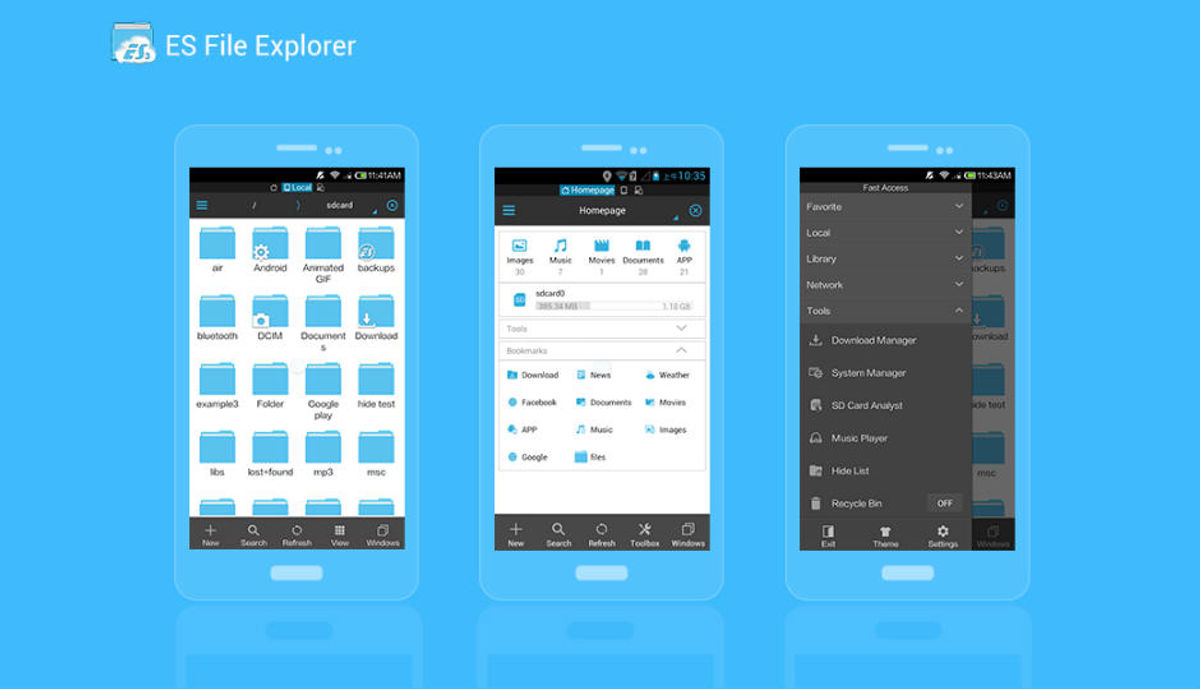 File Explorer
You may want to replace your stock file manager, since it won’t be as feature-filled. Some devices don’t even come with file-managers, and so you should download a capable one from the Play Store. 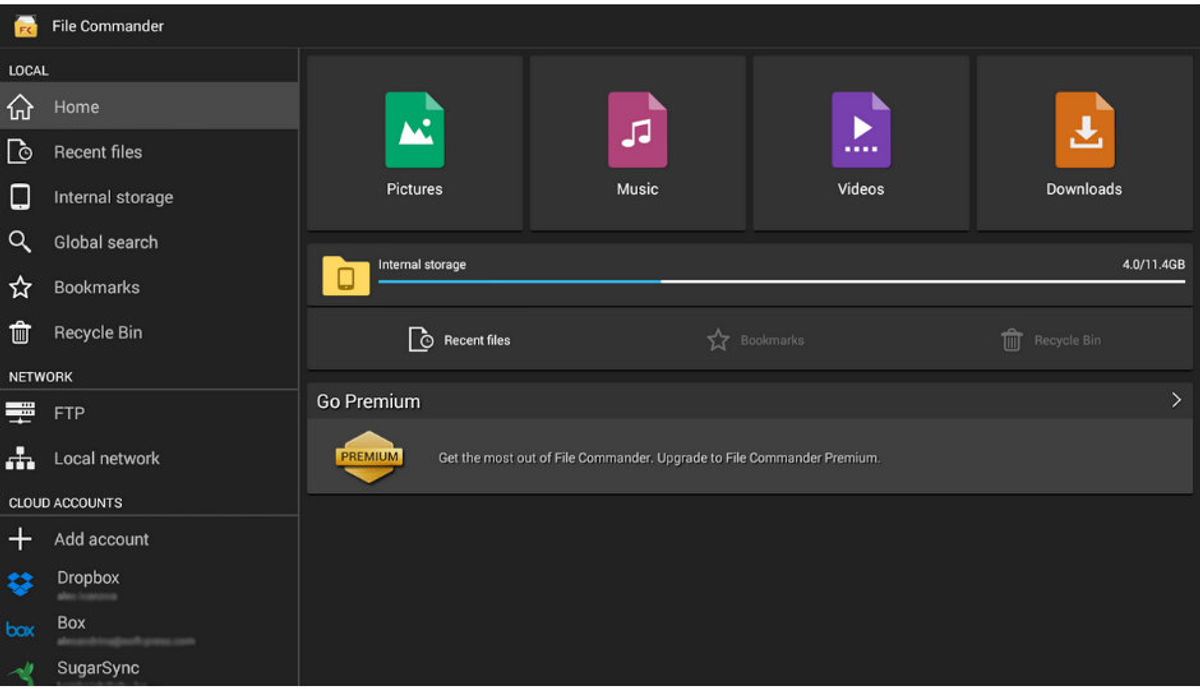 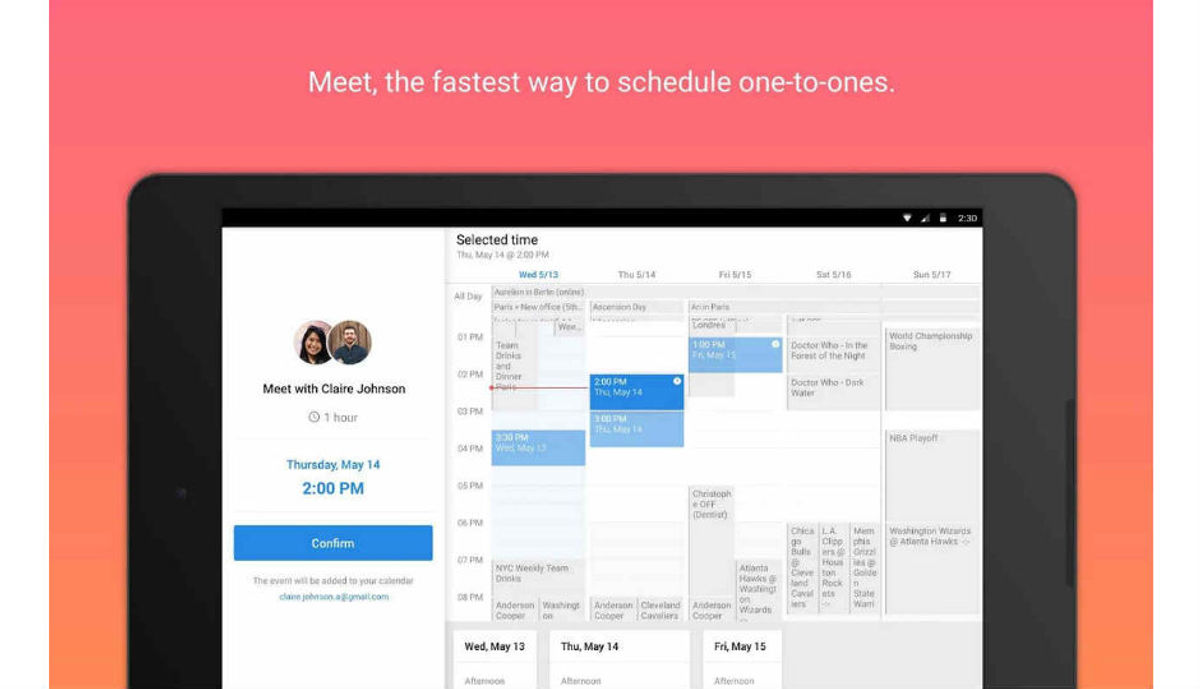 Calendar
A good calendar app has only one goal: To help you get things done. Adding tasks, reminders and everything else should all be seamless.

Sunrise Calendar
This is hands down the best Calendar App available. It integrates with Facebook Calendar, does some things automatically and looks great. You want a calendar app, you got it. 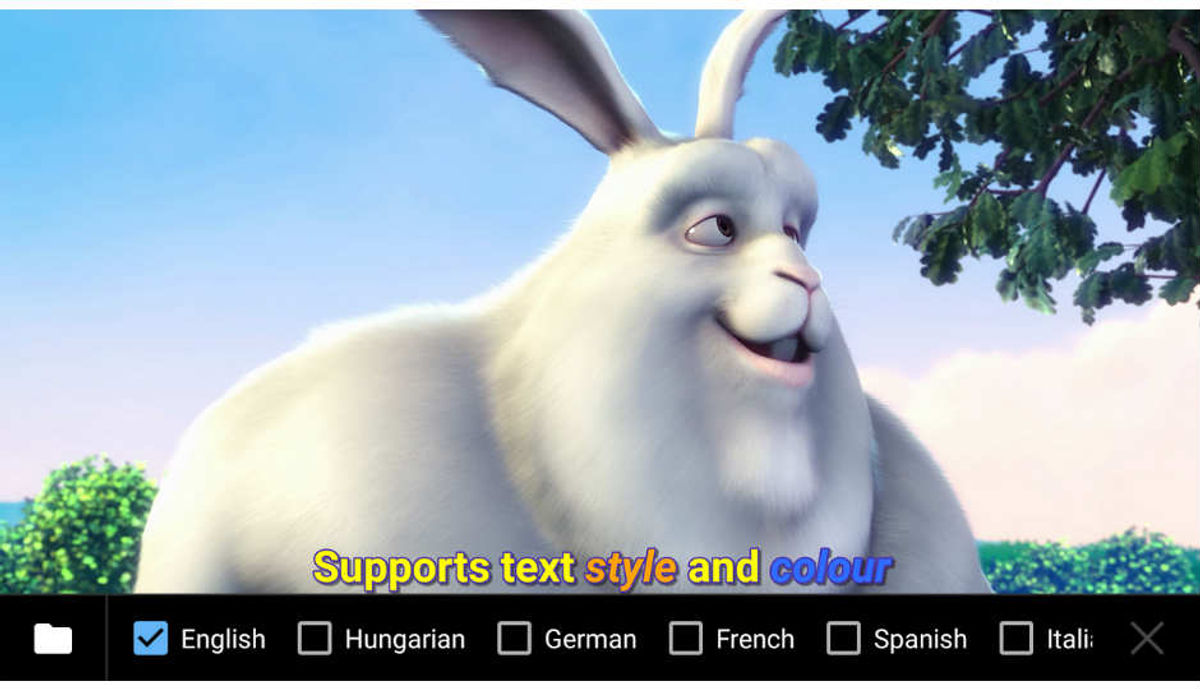 Video Player
The stock Video Player usually doesn’t have a lot of features and may not support customization. Well, third party video players are where it's at.

MX Player
It supports just about every video format under the sun, including the obscure ones. It supports both H/W and S/W rendering. Indeed, MX Player is one of the best video players available. 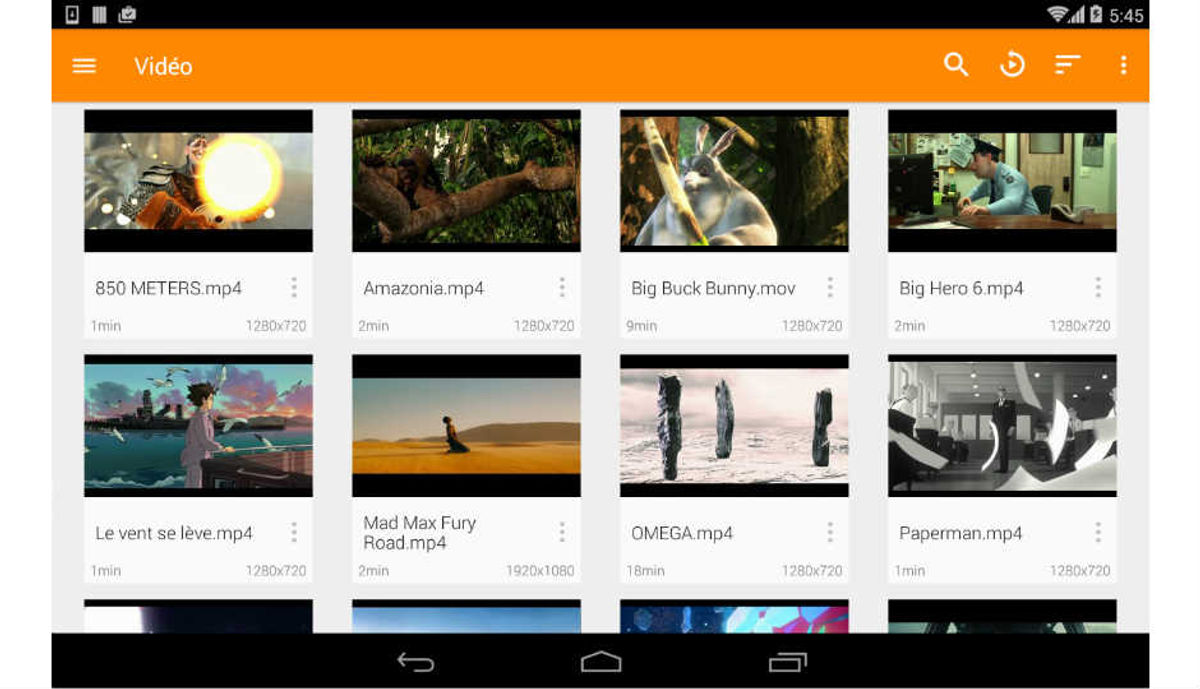 VLC
The best desktop Video Player is now on Android, and it is as feature-filled as its desktop counterpart. It is compatible with every video and audio format available. You can customize every element of your video-watching experience.