A look at Google's four new Chromebooks launched in India 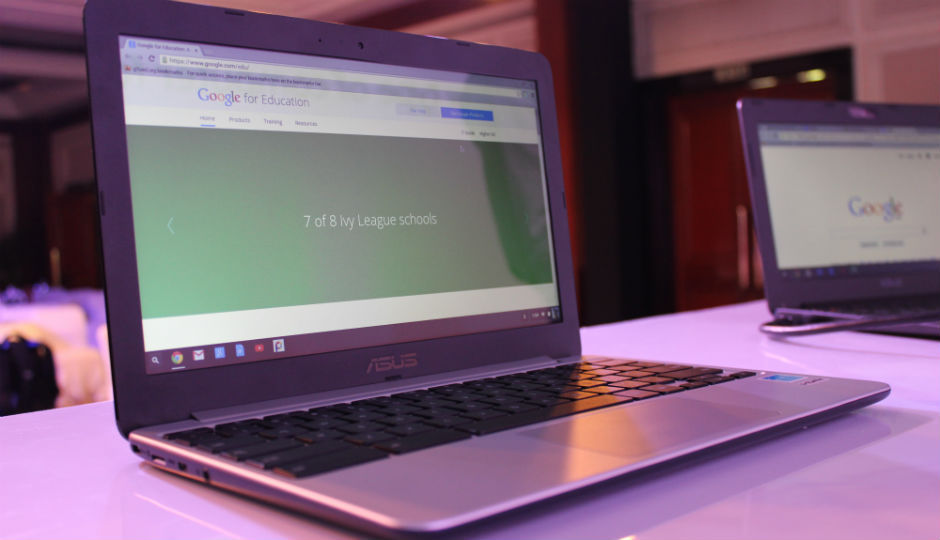 Google launched four new Chromebooks in India today, along with the Asus Chromebox for Meetings device. Here we take a brief first look at the new Chrome OS-powered devices. Asus launched two Chromebooks along with one each from Xolo and Nexian Air. Samsung will also be bringing a Chromebook later this year. 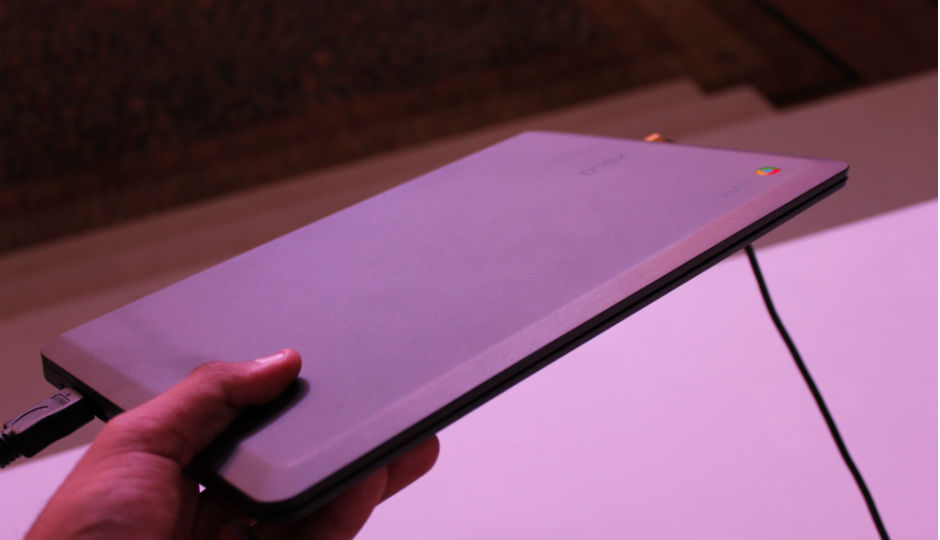 The Xolo Chromebook is one of the two Chromebooks launched today that will start selling immediately. It has a pretty nice build overall, but is quite heavy. The Xolo Chromebook costs Rs. 12,999 and comes with 16GB of storage, 2GB of RAM and an 11.6 inch 1377x768 pixel display. It runs on a Rockchip Cortex A17 quad-core processor. 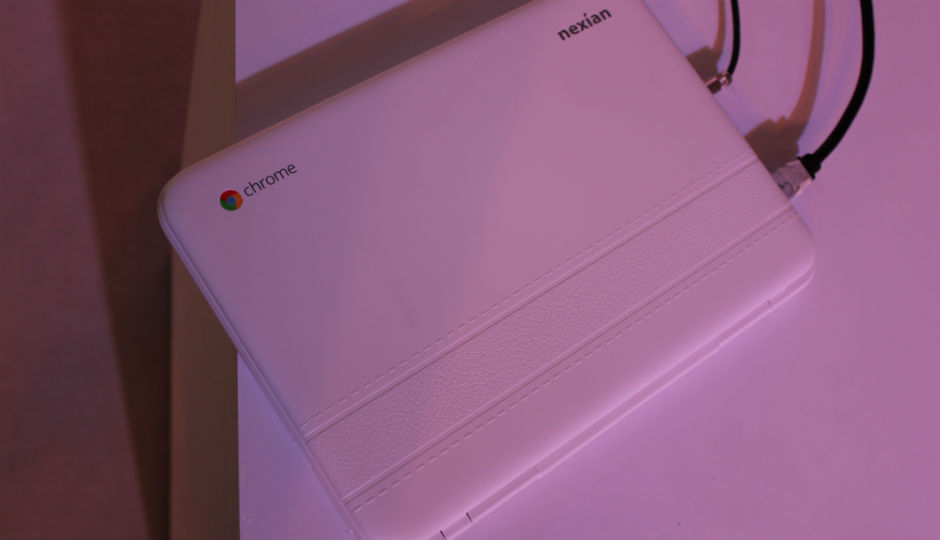 The other Chromebook that will start selling from today is the Nexian Air device. It costs the same as the Xolo Chromebook and is selling on Amazon.in right now. 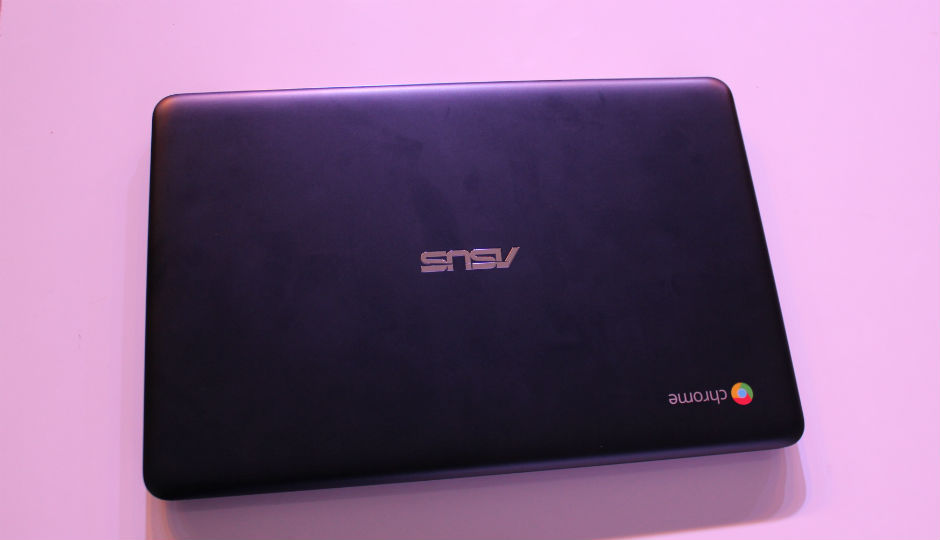 The Asus C201 has the exact same specifications as the Xolo and Nexian Air Chromebooks and will start selling in a couple of months. The pricing for the two Asus Chromebooks aren't known as of now. 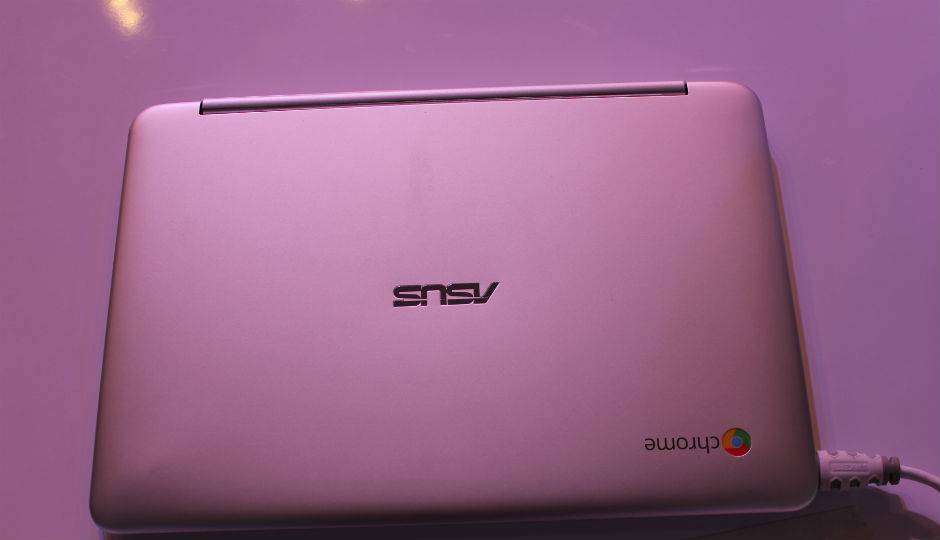 The Asus Chromebook Flip is a first of its kind Chromebook from Asus. It has a 10 inch display and looks a lot like the Eeebook X205TA netbook. It is the world's first convertible Chromebook, and has a global price of $169 (Rs. 10,733). The overall specs are similar to the other Chromebooks launched today. 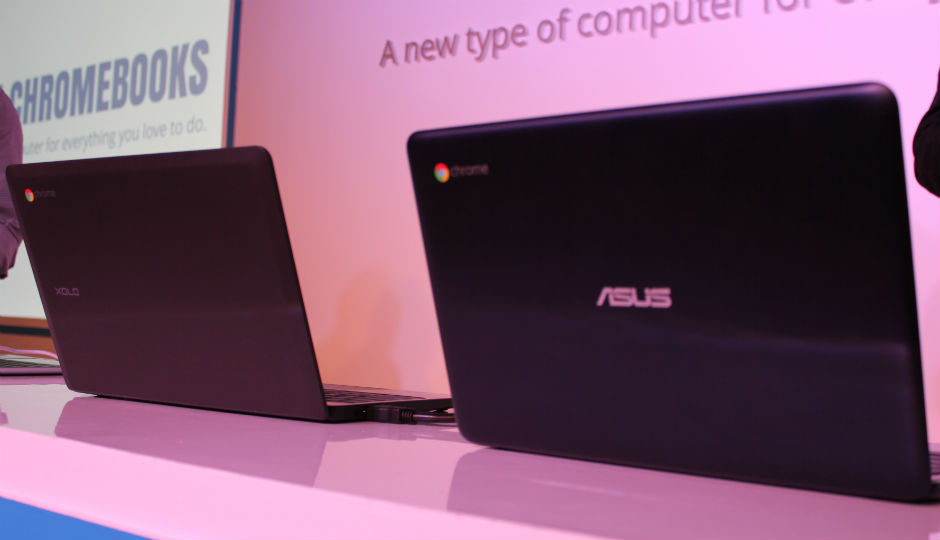 Google spent a lot of time talking about how Chromebooks can be useful for education. The company has already run a few pilot projects in this direction in India. In fact, the company said it is also in talks with the government of Arunachal Pradesh for Chromebooks in schools. 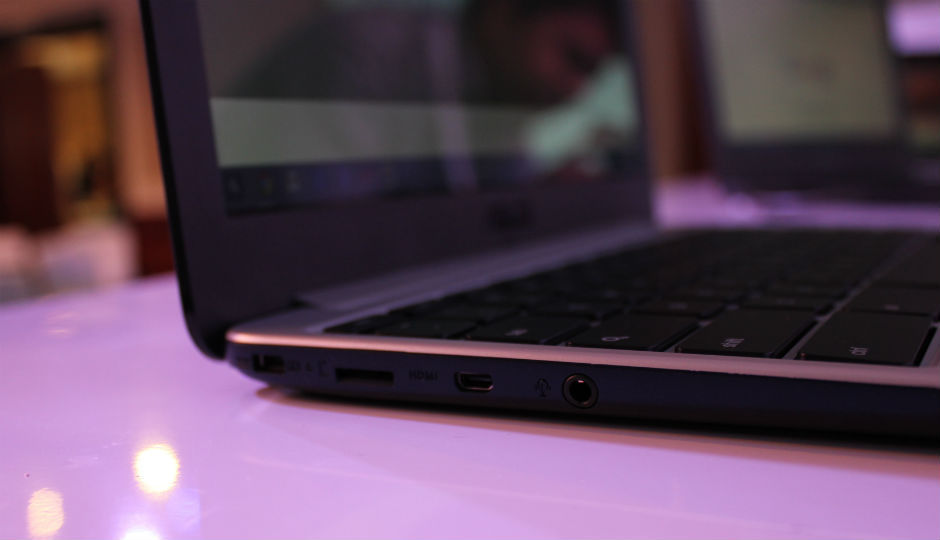 While these devices aren't exactly loaded with ports, the usual USB and HDMI ports are present on all the Chromebooks launched today. 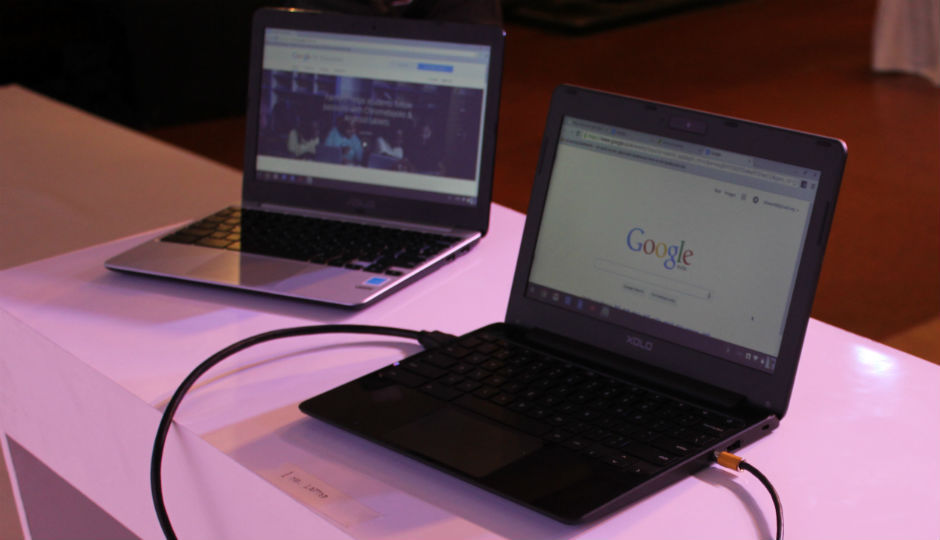 This initiative includes Google's Hangouts, Gmail and other apps, which are available for enterprise users. According to Google, Chromebooks have a usecase in the enterprise segment as well. The company though is also confident that consumers can use Chromebooks to their advantage. 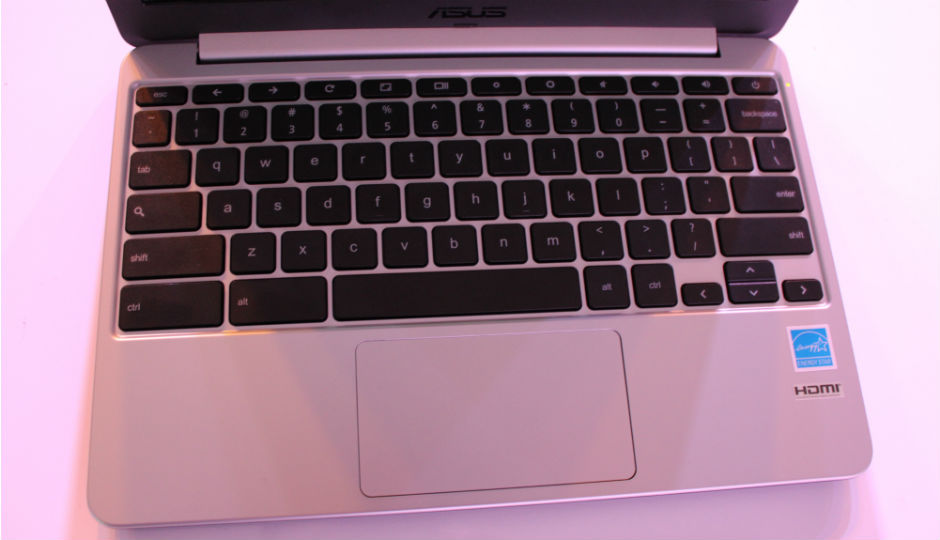 All the four Chromebooks have a chiclet keyboard and have just enough travel to be easy to use. 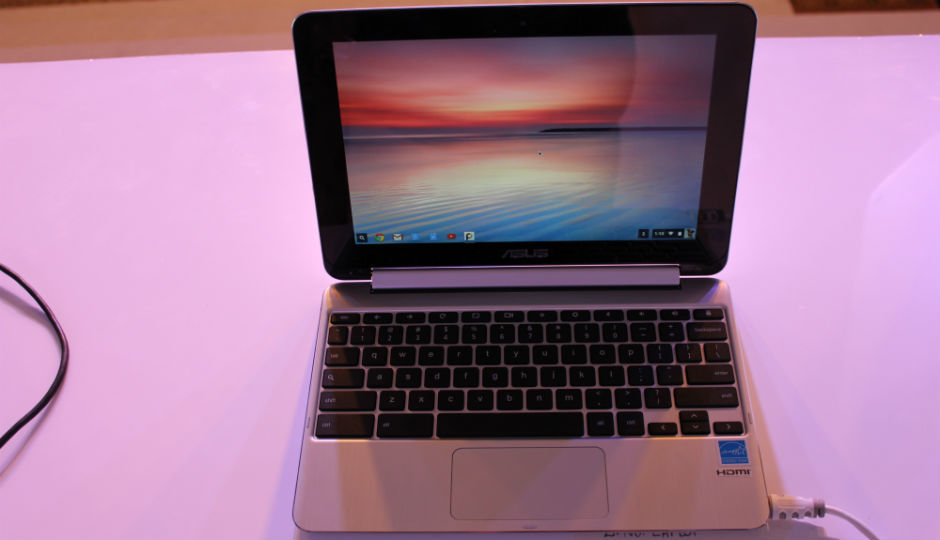 The displays on these devices range from 10-11 inches and they are all IPS displays with decent viewing angles. For budget devices, there's nothing to complain about in the display department. 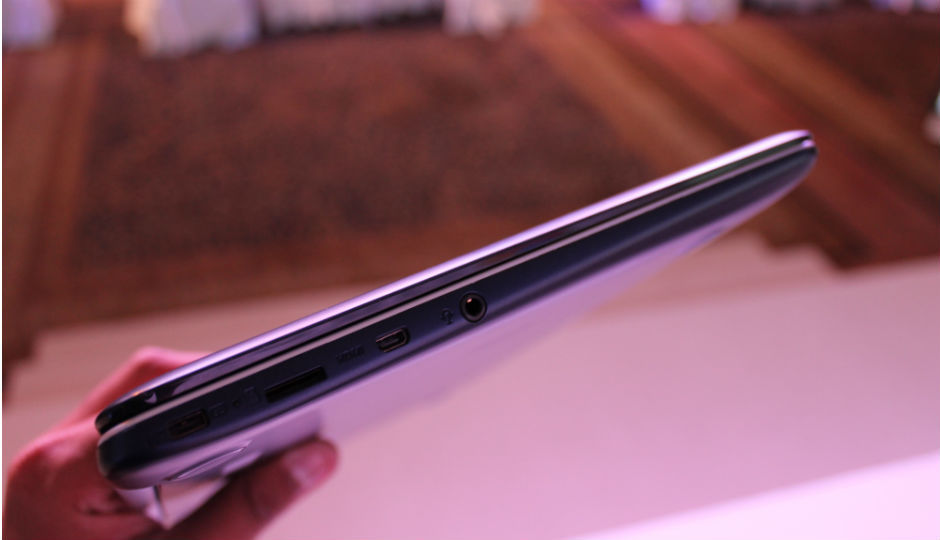 While none of the Chromebooks are very thick, the weight does differ. The Asus Chromebook Flip weights just below 1 kg, while the C201 also weighs around the same. The Xolo Chromebook was by far the heaviest of the lot. 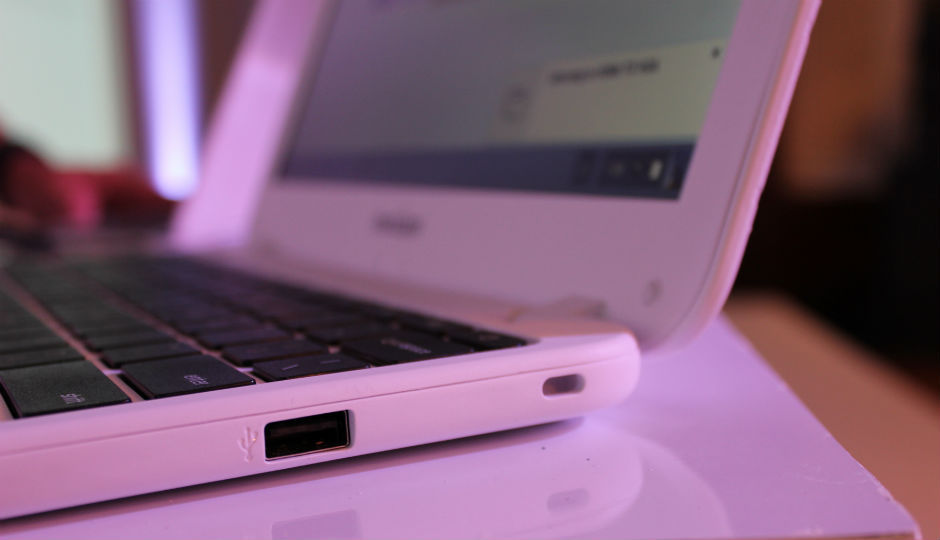 The Xolo Chromebook seemed to be the slimmest of the lot, while the Nexian Air Chromebook is definitely the sturdiest. It has an almost rugged build with a leather cover on top. 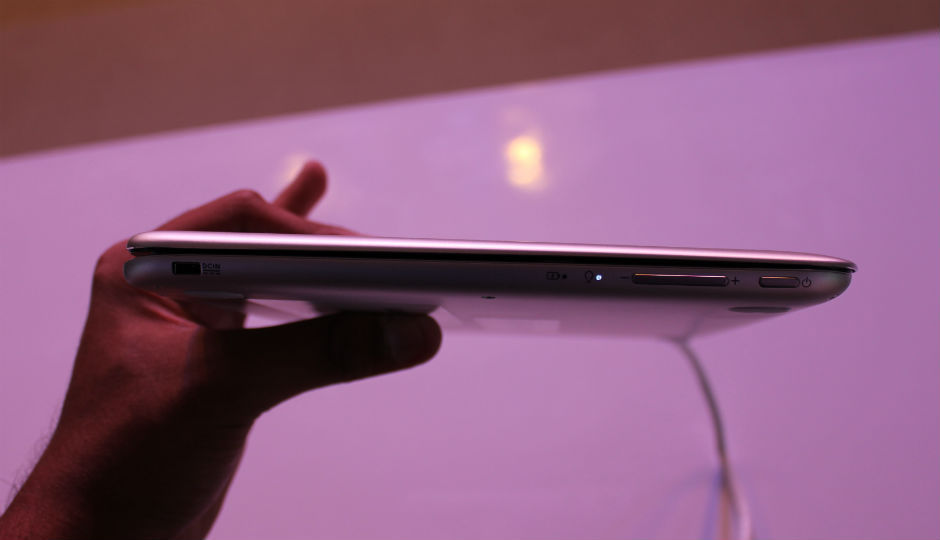 The new Chromebooks from Google come at a pretty affordable price tag, but it's hard to sell a device like this in India, where connectivity is still an issue. Google though says it sees a future for such devices in India. 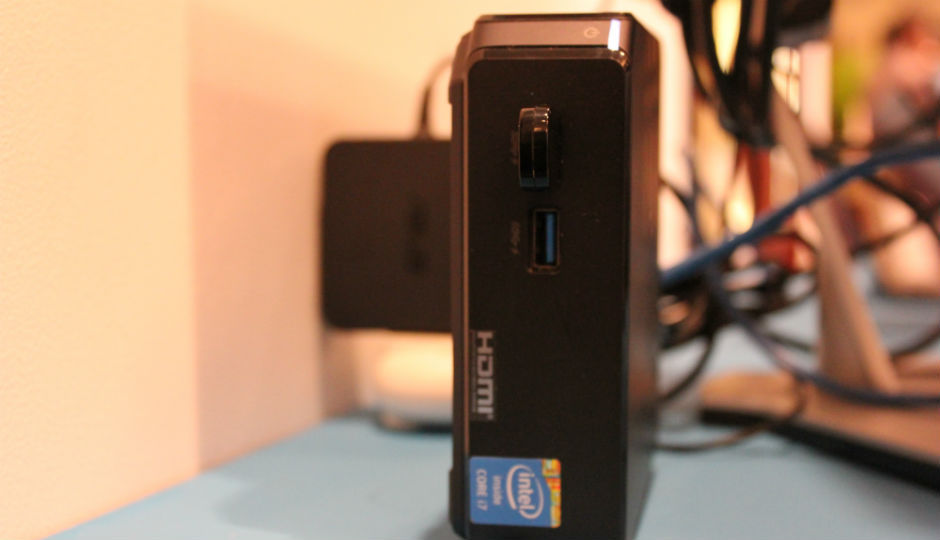 Google also launched its Chromebox for Meetings platform in India, which is aimed at enteprise users. The device comes witha  remote, speaker and HD camera in order to aid conference calls etc. It runs on an Intel Core i7 processor and costs Rs. 90,000. 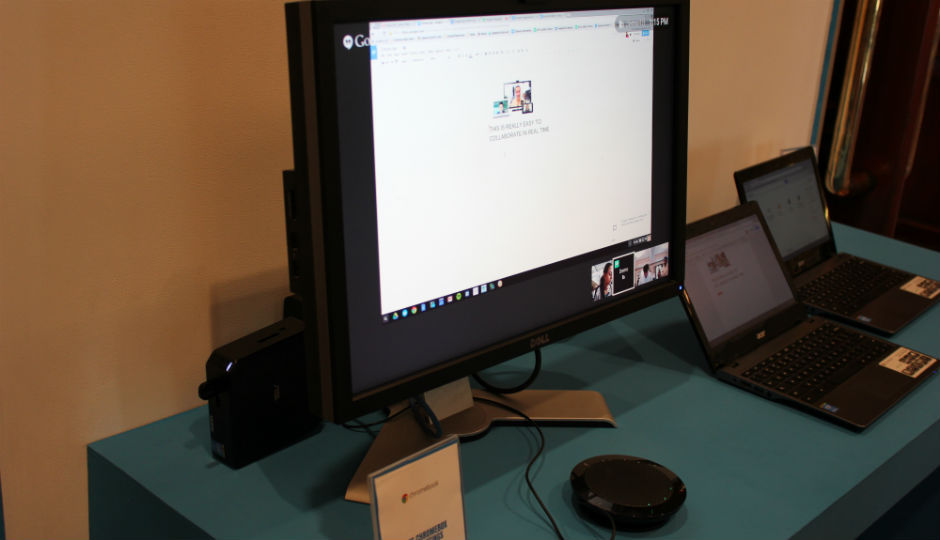 Here's the complete Chromebox for Meetings setup at the launch event. Google setup a live conference with people at its offices overseas and the latency seemed to be minimal. 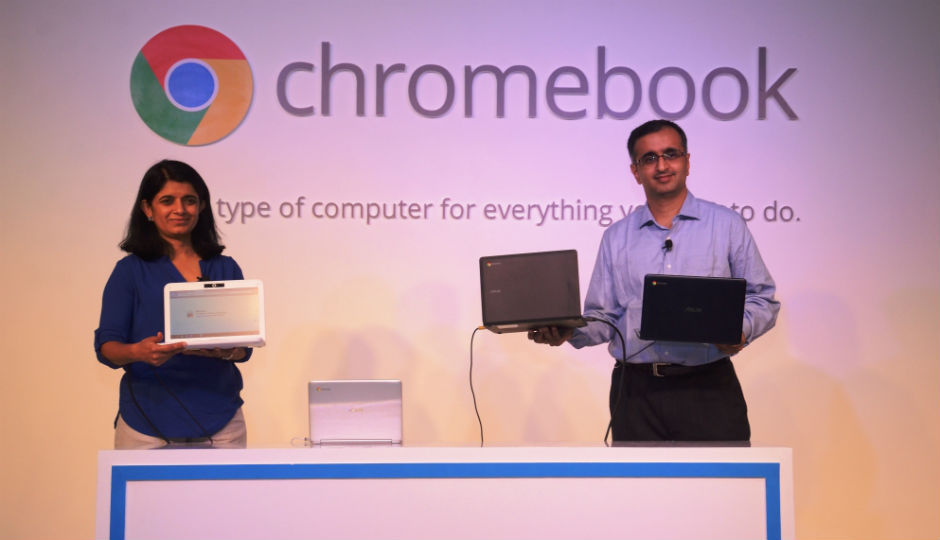 Google says that despite the push towards mobile, it sees a future for Chromebooks in India. The company has run four pilots around these devices till now and says it is hopeful. The Asus Chromebooks will start selling in a month or so, while there is also a Samsung Chromebook coming later this year.