11 best Android games based on movies 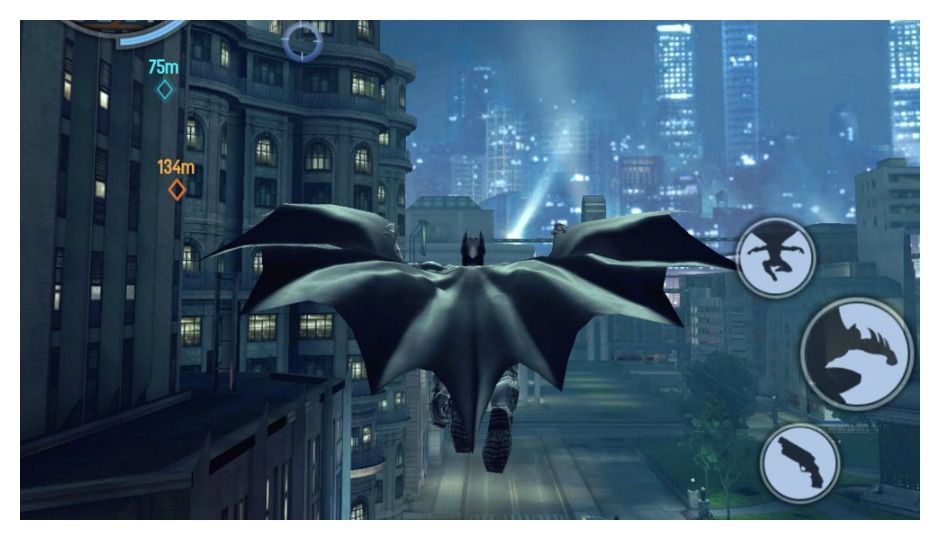 Most superhero, action and sci-fi movies today use Android games to market themselves. While for the movie makers, they may be just marketing gimmicks, for us, many of these games make for hours of fun. It's not just Hollywood action movies and superhero flicks either, Bollywood has also embraced this medium. Here are our picks from these movie-based Android games. 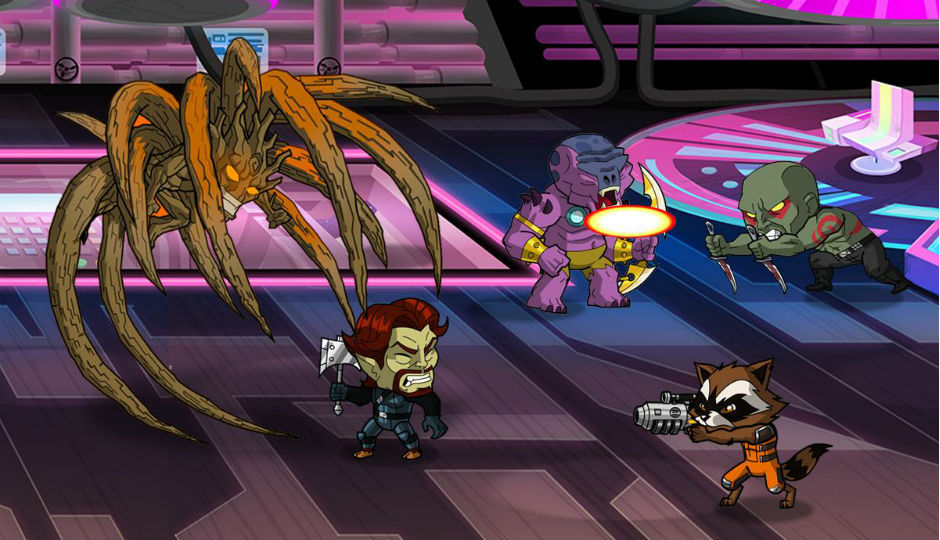 Guardians of the Galaxy: The Universal Weapon

In this touchscreen arena battler, you control the Guardians of the Galaxy. You have to tap and drag to fight a horde of enemies and make your way to the end. It costs Rs. 186. 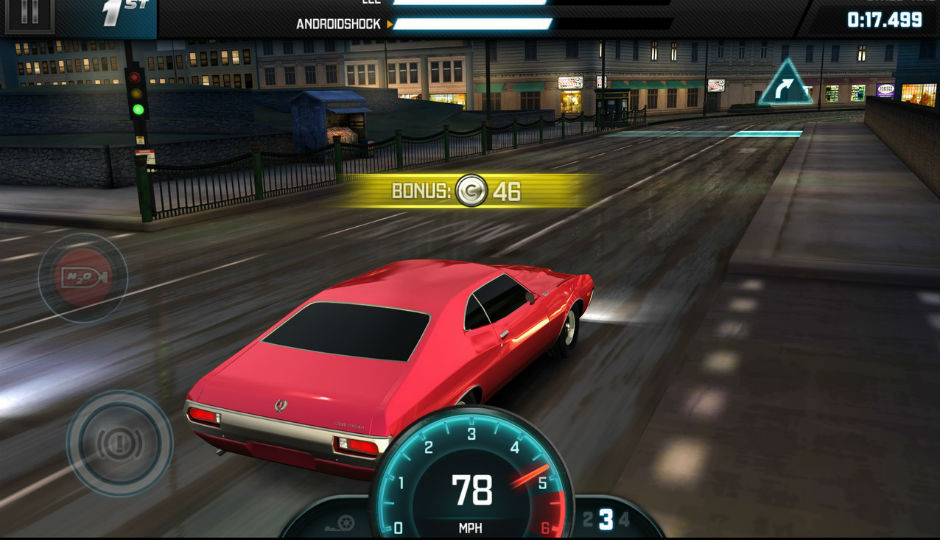 The Fast & Furious 6 game is about flashy cars and high speed racing, pretty much the same as the movies. It's available for free, so anyone can download it and the game doesn't handicap free players much either. The only complaint for it though is that there should be more to do. Still, it's a fun game for smartphones. 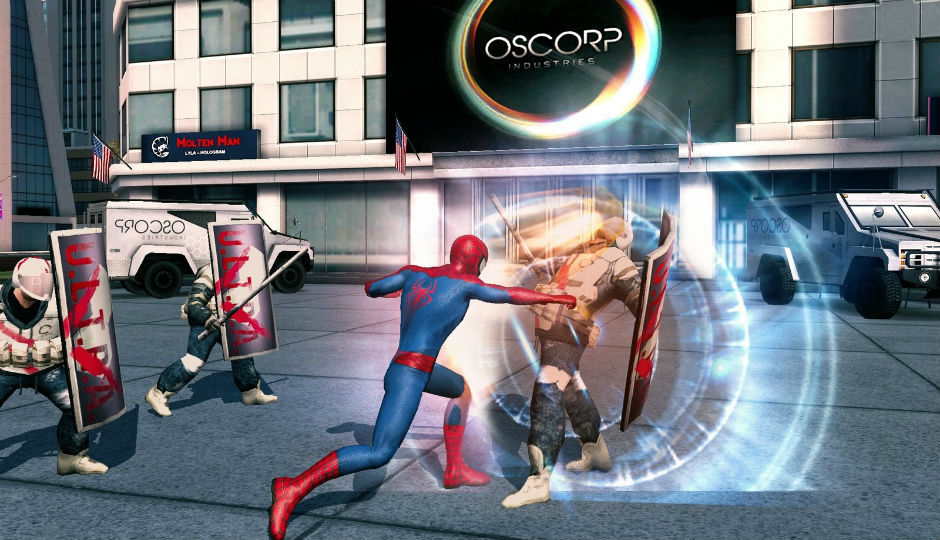 The second installment of the Amazing Spiderman movie may have outdone the first, but the same can't be said about the Android games. The game pushes the limits of mobile gaming giving you a fun open world experience that not many others can offer. Like most other movie-based games though, it costs Rs. 420. 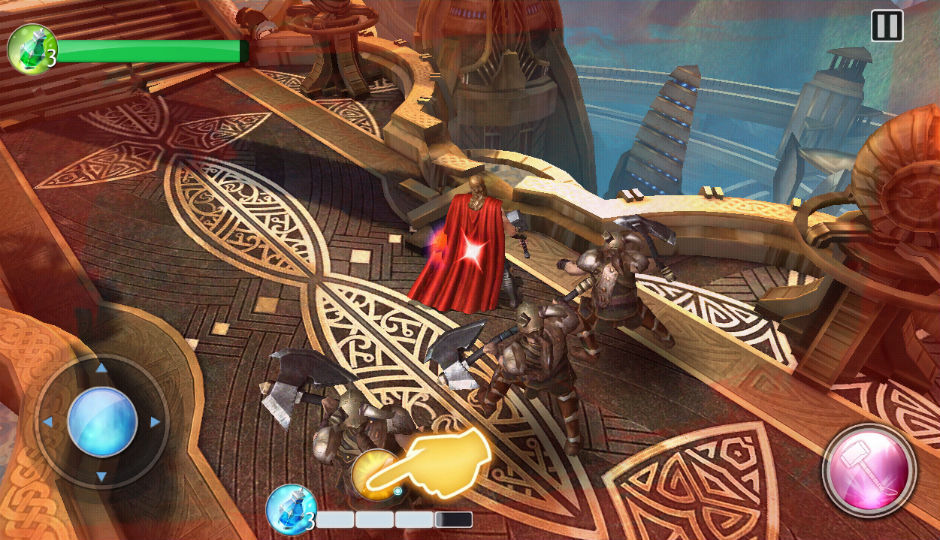 Unlike the Spiderman game, this one is available for free. The near 1GB download for this hack-and-slash game is completely worth it, especially once you start getting to later levels. 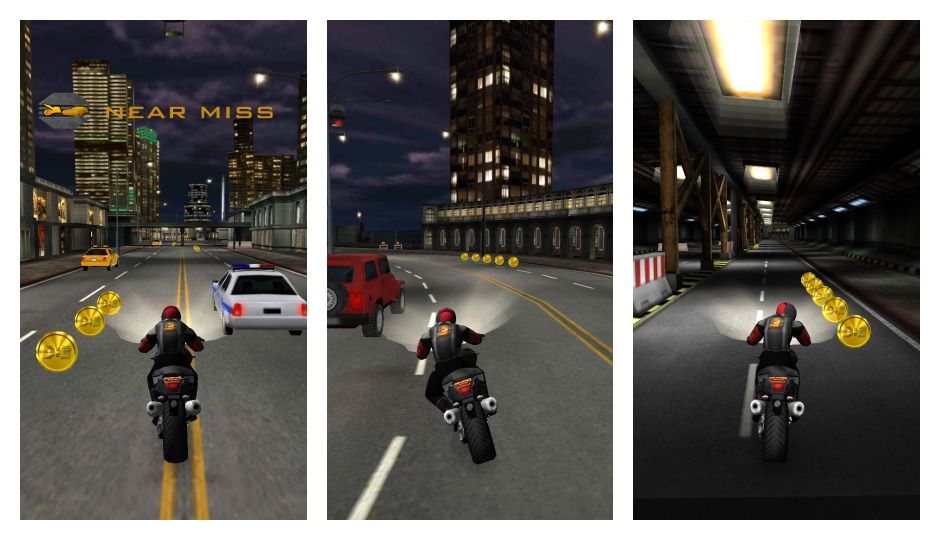 Onto a Bollywood number then, the free to play Android game for Dhoom 3 has been made in the endless runner format, but on a bike of course. You have to ride through Chicago collecting coins and power-ups and avoiding traffic and the police. If you like games like SpeedMoto etc. then you will enjoy this. 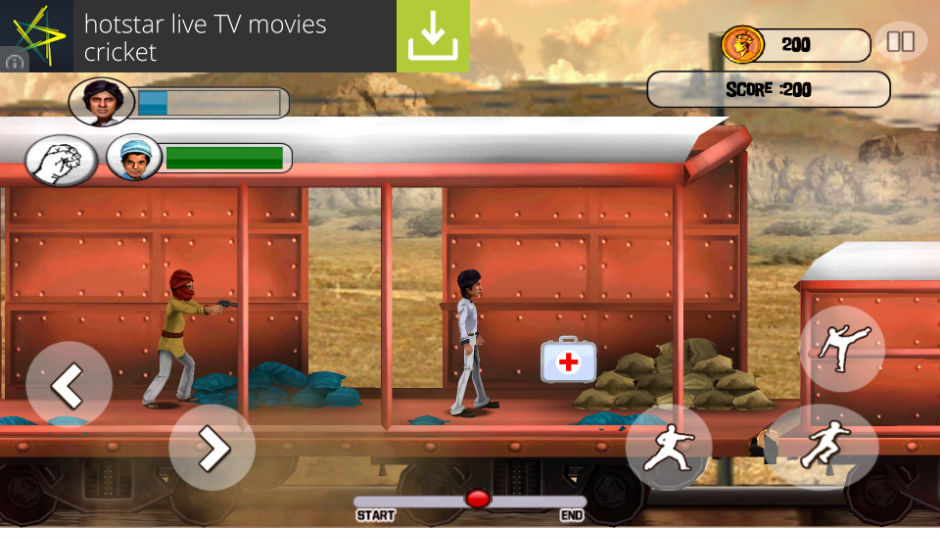 This free to play game could easily have been the best of the Android games. You play as Jai or Veeru, running and jumping around on a train, while fighting Gabbar Singh's goons. The on-screen keys are a hindrance to the overall gameplay experience though. 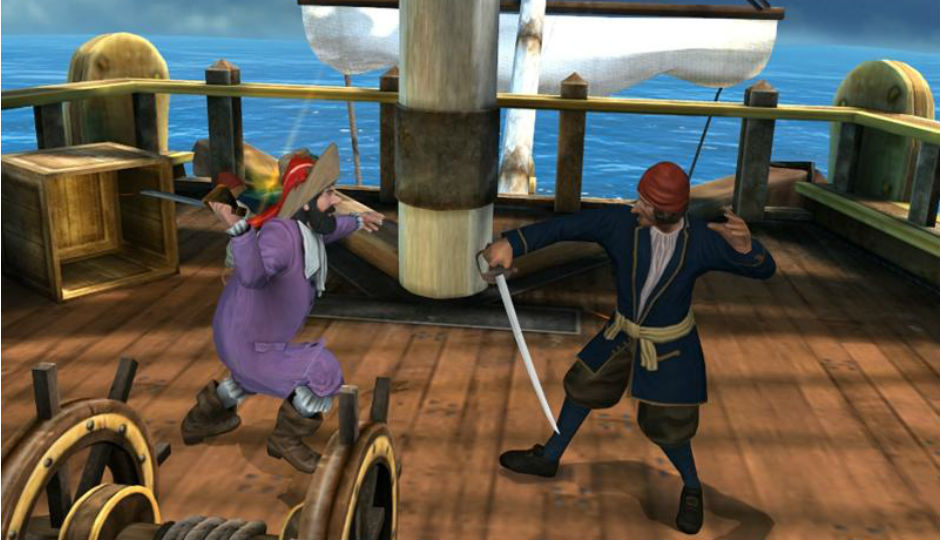 Based on the movie, Adventures of Tintin: Secrets of the Unicorn, this game follows the movie's plot very closely. It costs Rs. 420, but is worth the money. 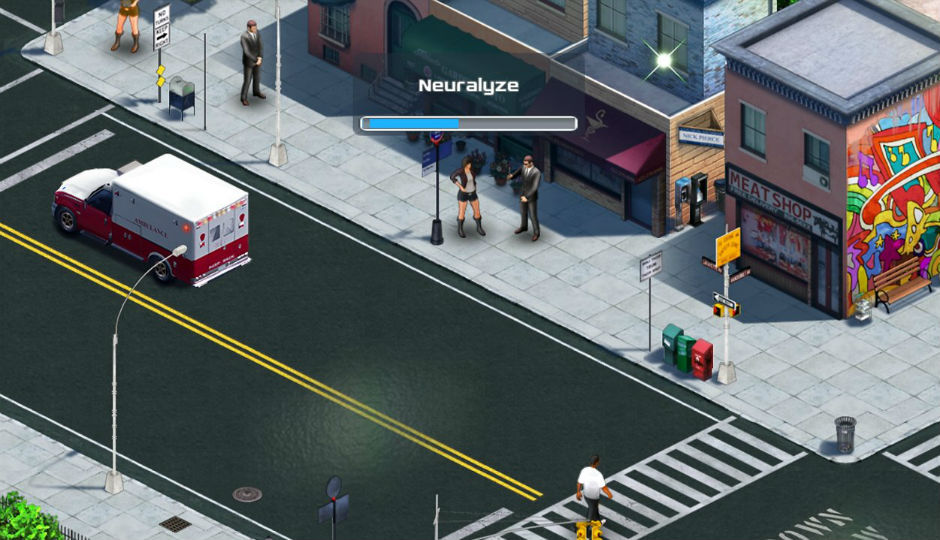 This free to play game was launched just before the MIB III movie and can be fun for a good while. The graphics falls a bit short, but the overall gameplay can be fun for those who like base building games. You have to build your base, upgrade weapons, fight aliens and travel through time. Yes, you also get to neuralyze people who see you fighting aliens. The Krrish 3 game is another Bollywood number that follows the runner genre. It's basically a race between various characters from the game. You can pick between Krrish, Kaya and Kaal in the free version and race against other characters. The game needs some refinement, but makes for a good one if you like Temple Run etc. 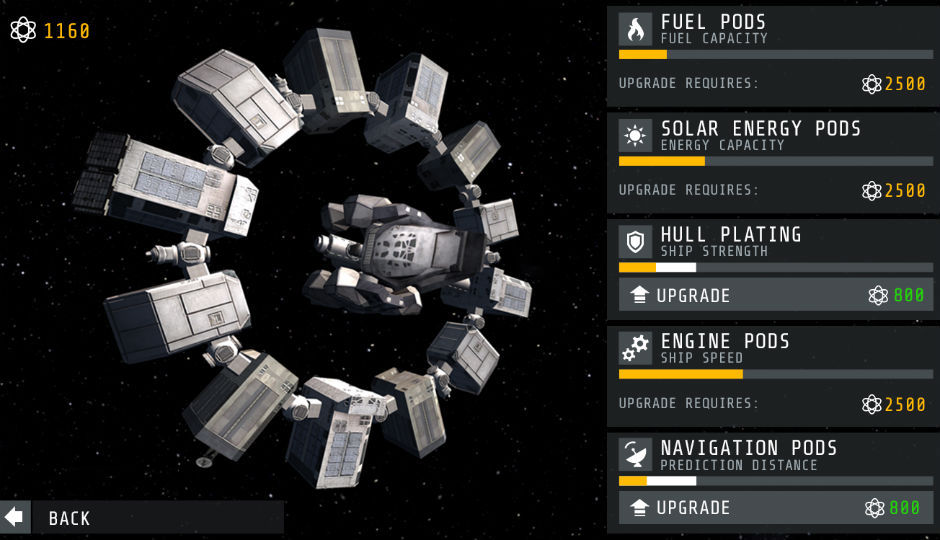 The Interstellar game for Android is free to play and allows you to build your own solar system. You can also explore other players' solar systems and pilot your own spaceship. 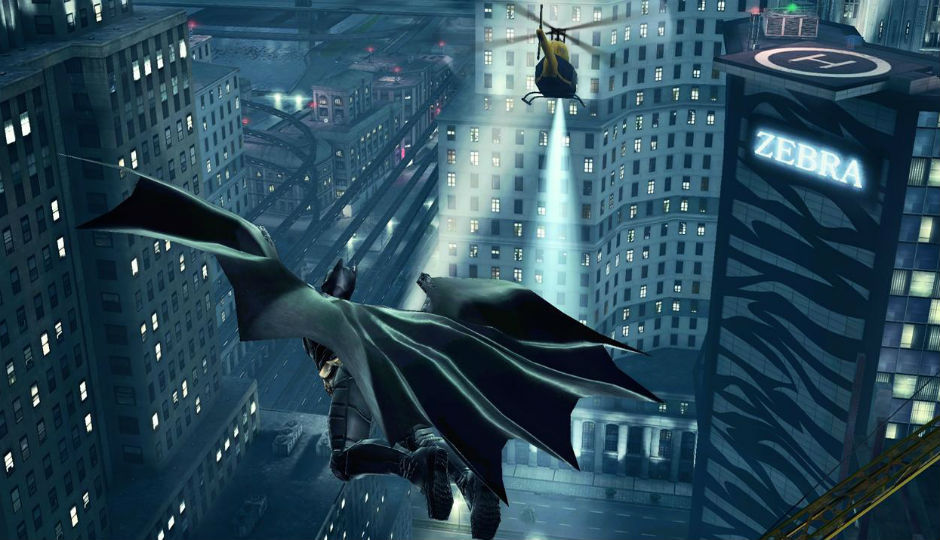 Perhaps the best of all movie-based smartphone games, Batman: The Dark Knight Rises does deviate a bit from the movie's plot, but is a lot of fun. There's a lot to do and the fact that you can ride The Bat in an Android game makes it even better. It costs money, Rs. 420 to be precise, but you won't regret buying it.