Cars all over the world are going through a technological upheaval of sorts. and India is no exception to the trend. 2018 is seemingly shaping up to be the year when cars from every segment get an extra dose of technology - from hatchbacks becoming smarter to the most exclusive luxury limousine becoming even smarter. With this in sight, we take a look at 10 upcoming cars in India that we are really looking forward to. 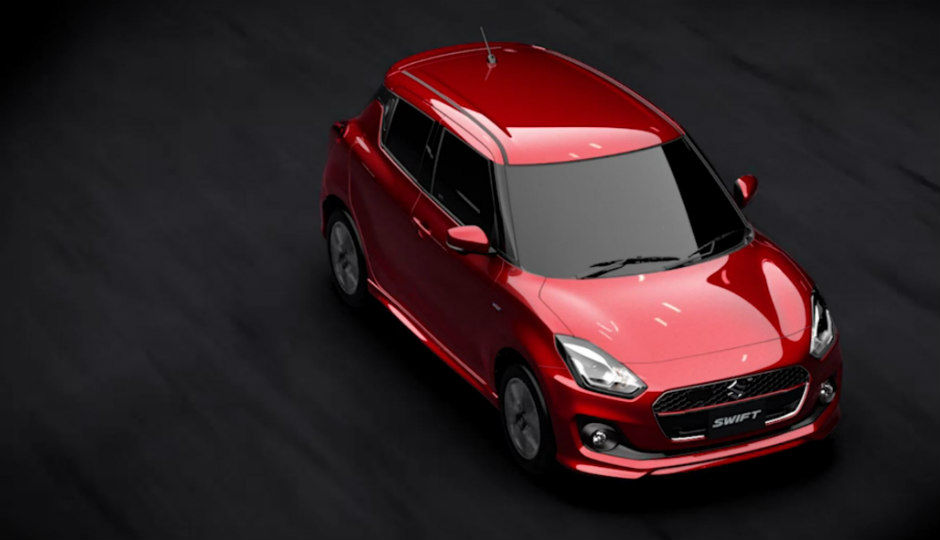 The Maruti Suzuki Swift has been much anticipated in its new avatar, and while India's uber-popular hatchback may not be the most technologically advanced car in the world, it is certainly improving on what was on offer before. Now, you will get Android Auto, Apple CarPlay, voice commands, integrated navigation, automatic climate controls, rear parking camera and LED DRLs, bringing the Swift up-to-date with lifestyle offerings from fellow car makers. 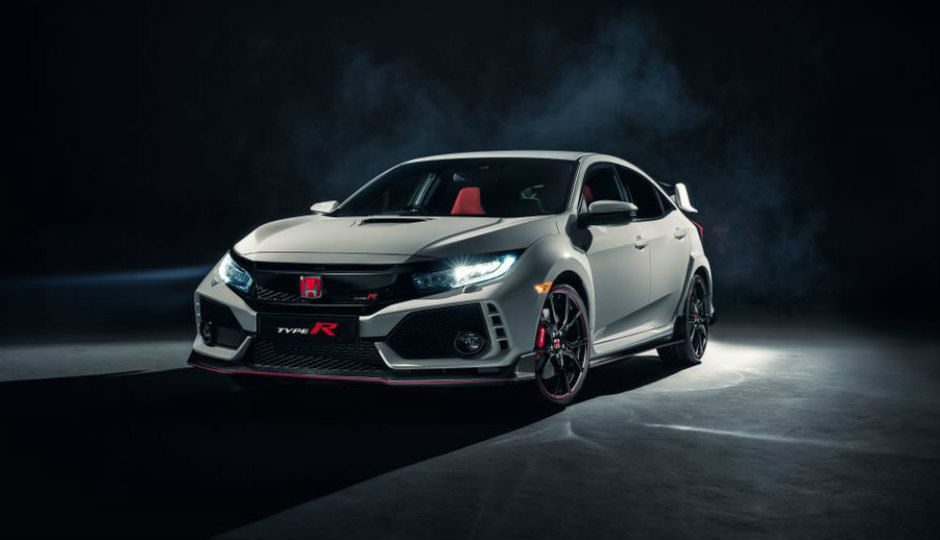 The Honda Civic is making a comeback to India after being withdrawn in 2013. The new avatar is expected to get a host of technology from its more premium sibling, the Accord. As a result, expect a slick touchscreen with all the usual bells and whistles, along with features like cruise control, automatic temperature control, dynamic rear and side-view cameras, and a host of safety technology like vehicle stability control and the likes. 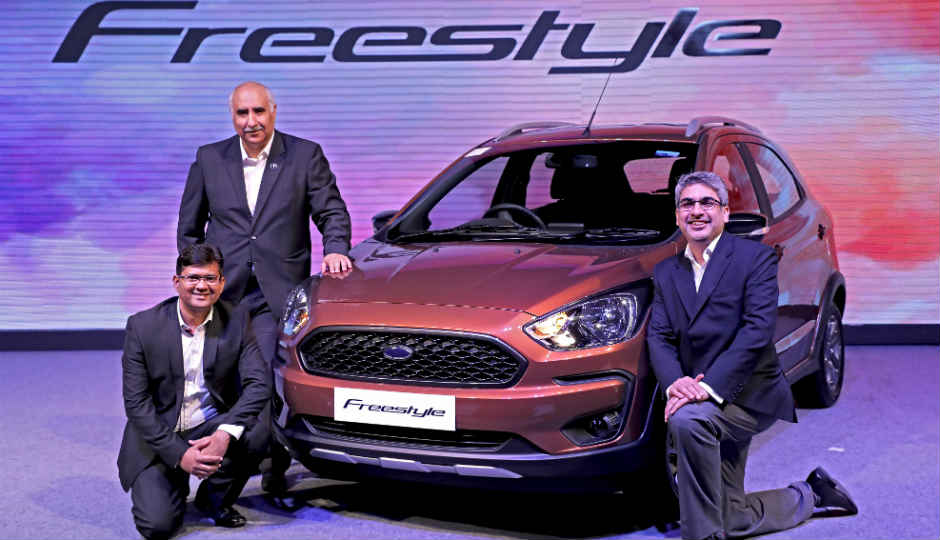 The Ford Freestyle was presented in India as a global unveiling, and will come with Ford's SYNC 3 infotainment system that finally replaces the age-old SYNC 2 setup. This trim finally gets Apple CarPlay and Android Auto, along with a smooth touchscreen interface, integrated navigation and phone connectivity. The Freestyle will be targeted at the mass-market segment, which will make it one of the better-equipped cars in its segment. 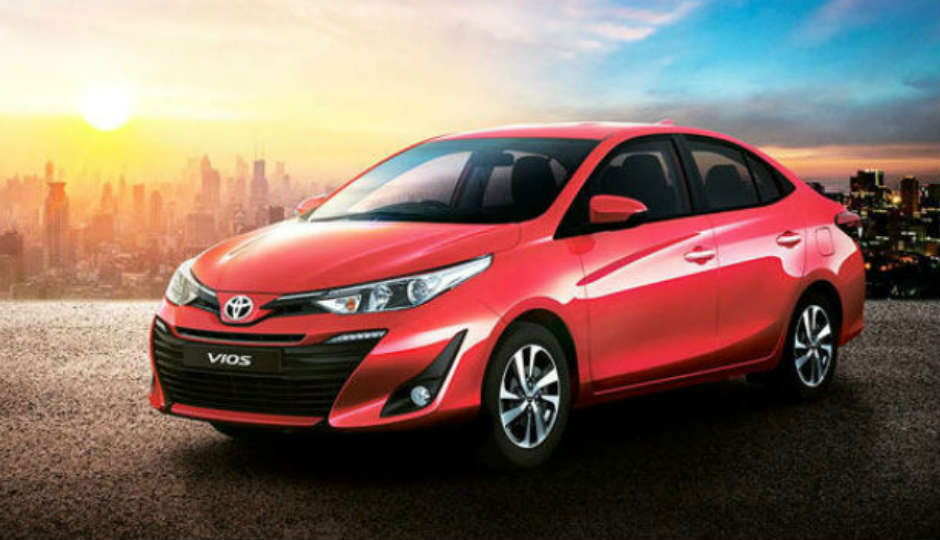 The Toyota Vios will be unveiled at Auto Expo 2018, and while we still await the list of features it will eventually come with, we already know that it will at least have rear parking camera and sensors, automatic climate control, and maybe even an electronic sunroof. What remains to be seen is if Toyota also throws in the touchscreen infotainment interface that the likes of the Corolla Altis and Innova Crysta come with. 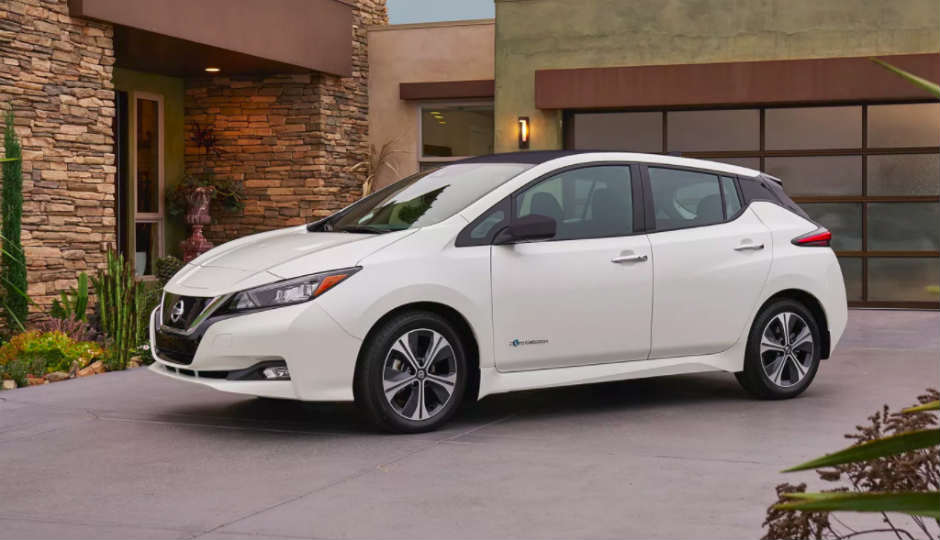 The Nissan Leaf is one of the most technologically advanced offerings in this list. It will bring an all-electric powertrain, along with a host of elements like semi-autonomous driving. Exactly how successful it will be in India remains to be seen, but with the level of critical and popular acclaim that it has received worldwide, we expect the Nissan Leaf to be a game-changer in the market of EVs in India. 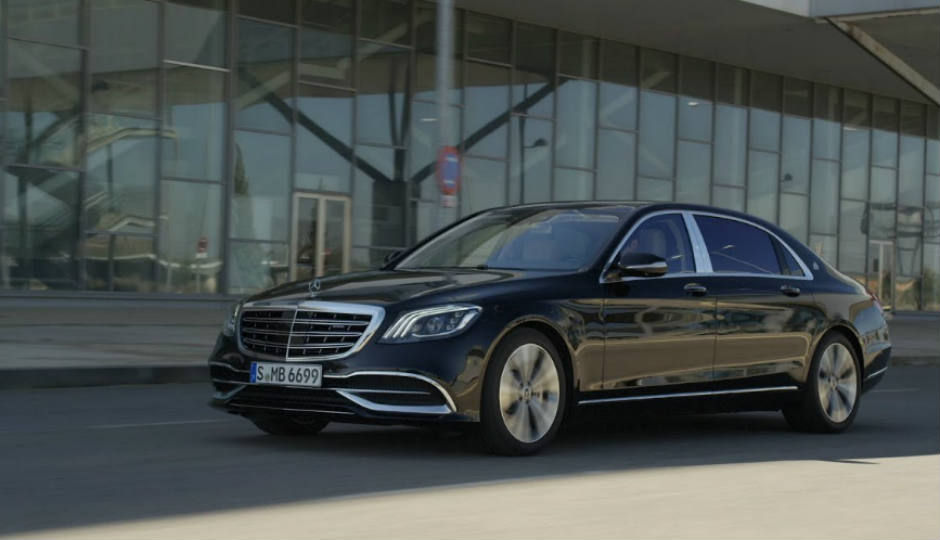 The Maybach S650 will also be unveiled at Auto Expo 2018, and will be the flagbearer of Mercedes' best technological innovations. The famed rear seat comfort will certainly remain, but maybe accentuated with gesture controls for the infotainment system, more massaging gizmos, and semi-autonomous driving technology that will include features like adaptive cruise control, lane departure warning, collision alert and other ADAS sub-units. 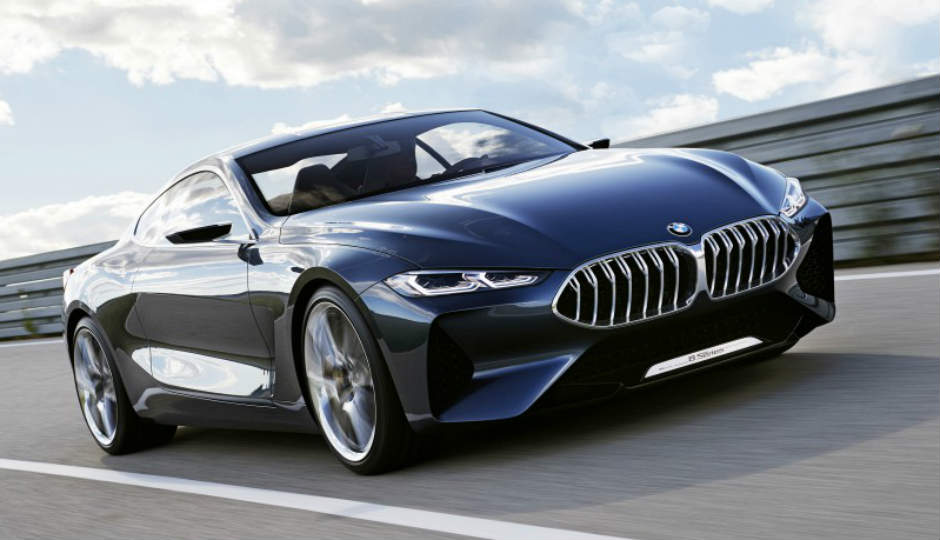 The BMW 8 Series is set to improve on the already-fantastic iDrive infotainment system, and come with features like lane control, pedestrian and obstacle detection, blind spot monitoring and other ADAS elements. Alongside, the infotainment setup is set to become significantly fancier, with a wider, touch-enabled display and a more efficient controller. We expect the new iDrive technology suite to be one of the best in its classes, just like the present one that has just about started showing a few grey hair. 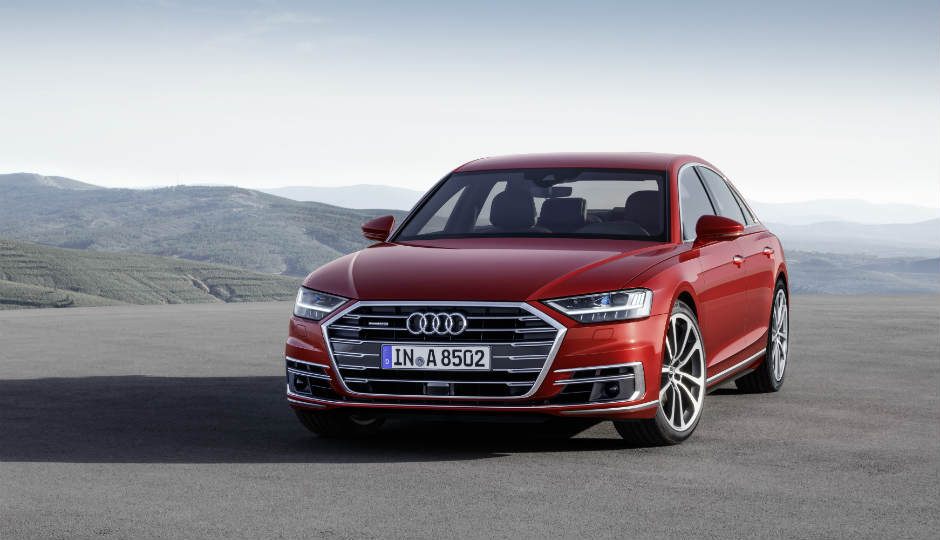 The Audi A8 was the first production car to come out with the widest range of ADAS equipment, capable of pretty much driving itself at speeds of up to 50kph. While you are still not supposed to hand over complete control to your car, the A8 will be one of the most advanced cars in India when it launches later this year. Along with a more refined MMI infotainment system with advanced telematics and a virtual cockpit instrument cluster, the Audi A8 is slated to be one of the most important launches of the year. 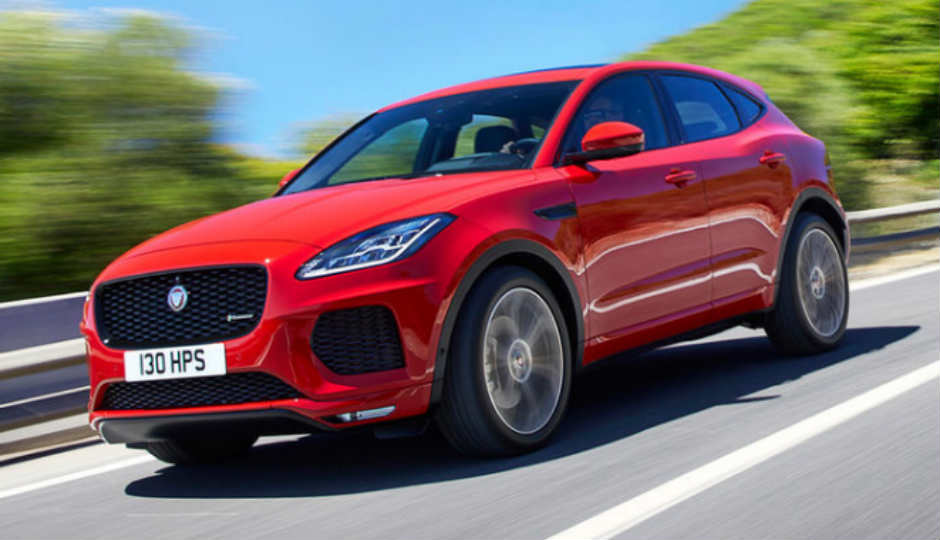 The Jaguar E-Pace will not get the Touch Pro Duo system that is slated to power future Jaguars, but will get the InControl+ unit. Housed in a responsive 12.3-inch touchscreen setup, the InControl+ also powers the Jaguar F-Pace in its cabin, and along with elements like a 360-degree camera, onboard LTE and others, will make for one of India's smarter cars on the road. 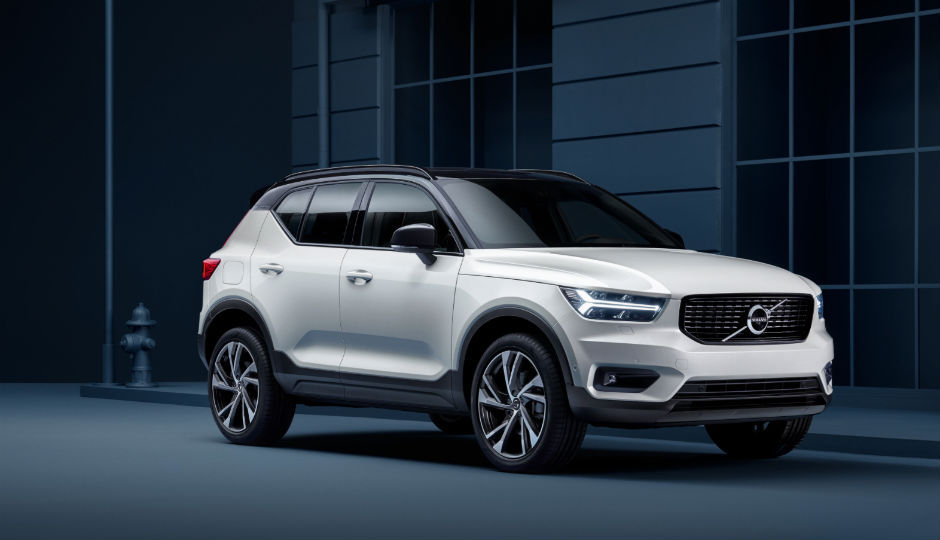 Volvo has been one for safety aficionados, and now, it is also one for the car technology enthusiasts. It has been the first to roll out semi-autonomous radar-powered driving technology in India, and with the XC40, elements like collision mitigation, road sign recognition and adaptive cruise control will be retained. Also to be retained is the fantastic portrait-oriented touchscreen Sensus system that is certainly one of the most intuitive ones that we've used.