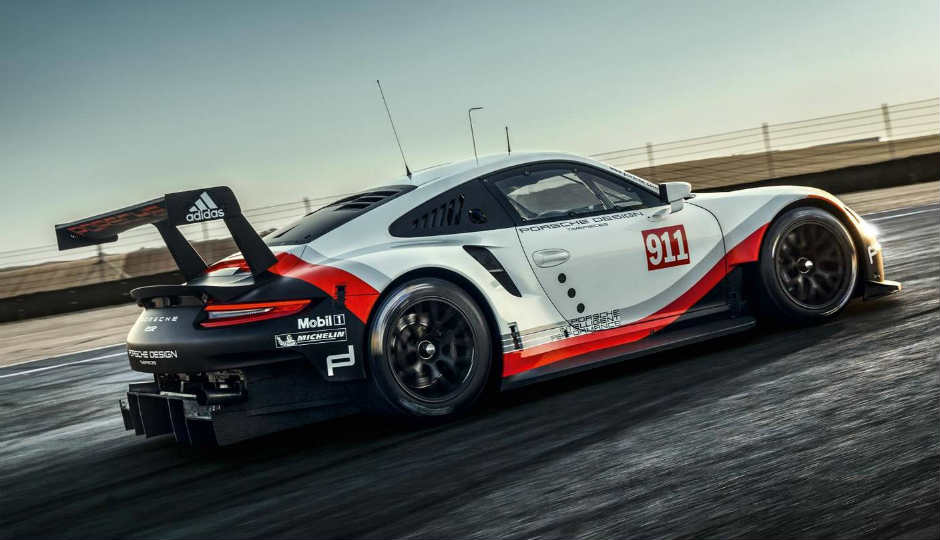 The LA Motor Show has just begun and many car companies launched their new cars and showed off some new concept vehicles at the event. Here are the best cars from the LA Motor Show floor. 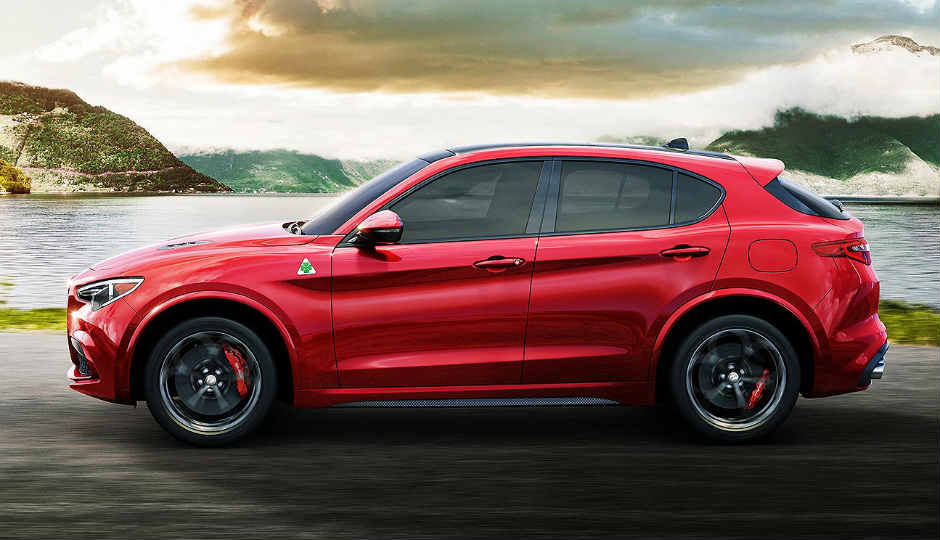 Alfa Romeo Stelvio
Based on the Quadrifoglio sedan, the Stelvio is Alfa’s take on a SUV. The car features an aggressive styling and may be one of the best looking SUVs to date. The top of the line variant will get a powerful 2.9 litre V6 engine, which churns out 505 bhp giving it enough power to compete with the Porsche Cayenne. 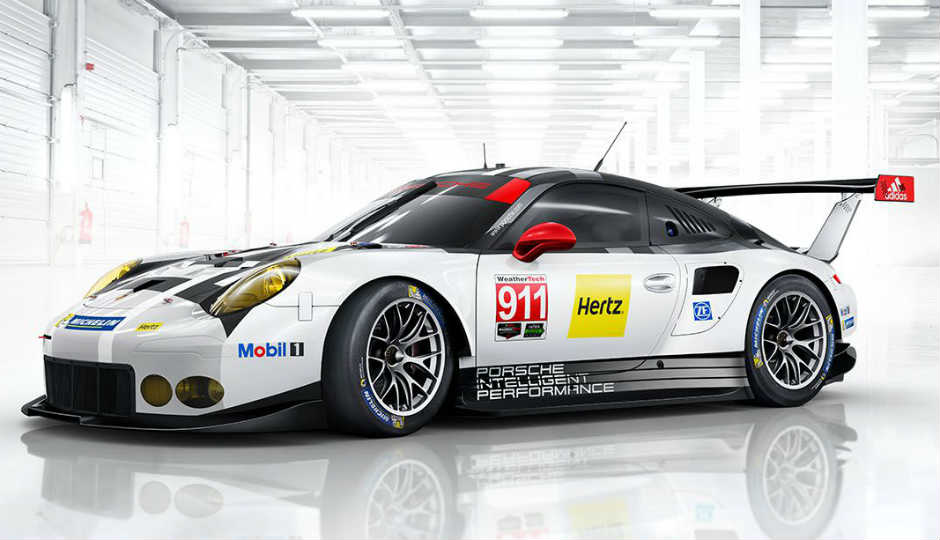 Porsche 911 RSR 2017
The Porsche 911 RSR 2017 has been rumoured for quite some time now and the company finally unveiled it at the LA motor show. This is a stripped down racing version of the 911. It's quite different to the rest of its bretheren as it is the first Porsche 911 to have a mid-engine, instead of the iconic rear mounted setup. Porsche has kept the 4.0 litre flat six engine, but it offers a massive 510 horsepower. That is a lot for a car that weighs just over 1,200 kgs. 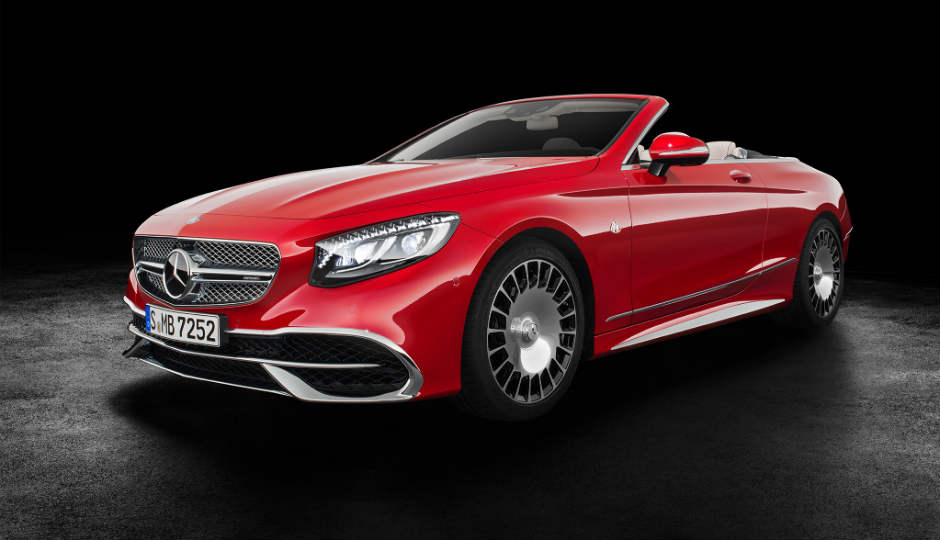 Mercedes-Maybach S650
Mercedes’ luxury car brand, Maybach, announced its open air cabriolet at LA Motor Show. The S650 is a big and powerful car featuring a massive 6.0 litre V12 engine, which produces 621 bhp. However, power is not the aspect which makes this car unique. What makes this car unique are the materials used. For example, the headlights are made out of swarovski crystal. Also, only 300 are being made. 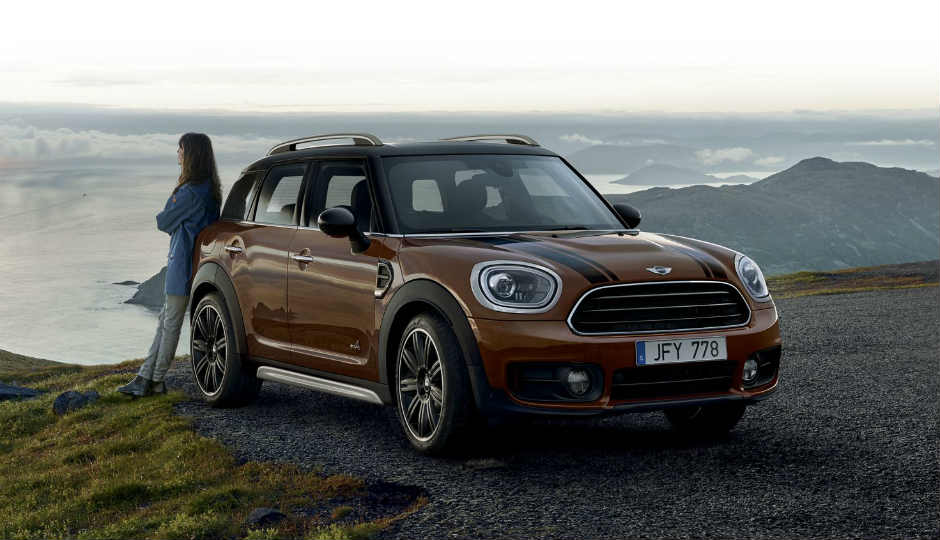 2017 MINI Countryman
The Mini has always been the car of choice for car enthusiasts around the globe and the new Countryman adds 4WD to this package. It is the largest car to date made under the Mini badge. The company will be selling it with two petrol engine options and one diesel option. 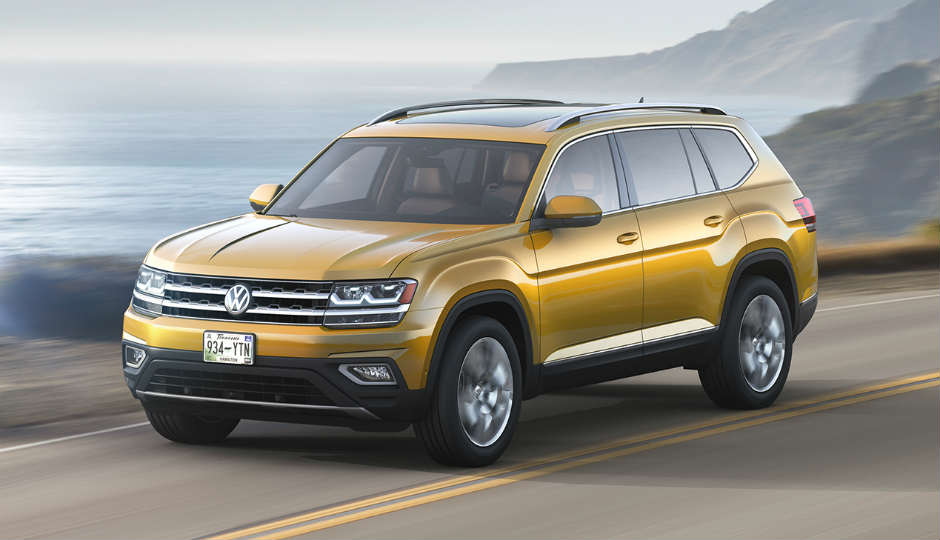 Volkswagen Atlas
After the diesel scandal, VW is trying to restore the brand reputation by steadily launching new and exciting cars. Earlier this year, the company showcased the all new electric vehicle called I.D concept. Now, the company is taking a crack at the 7 seater SUV market with the Atlas. The new car sits on VW’s tried and tested MQB platform and a has traditional chunky look that you would find on an SUV. At launch the car will be available with a 2.0 litre and a 3.6 litre engine options. 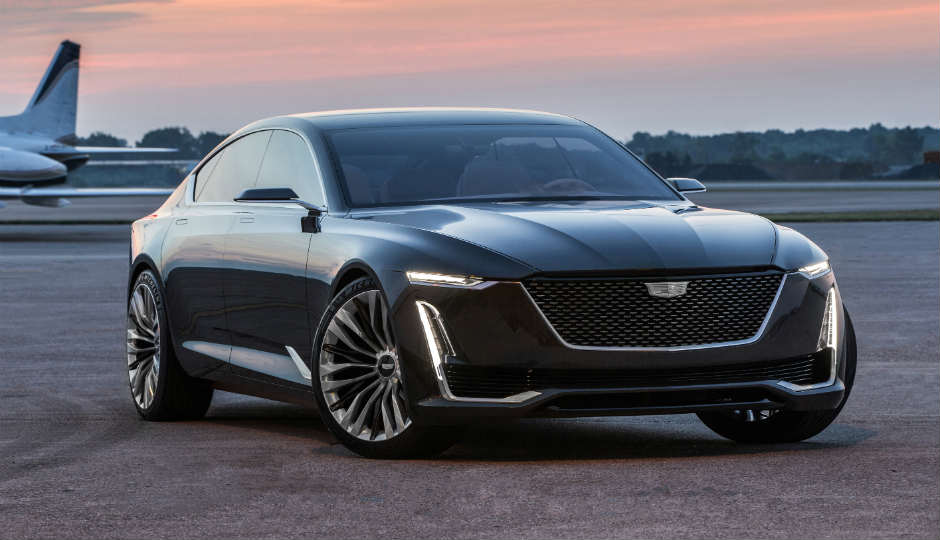 Cadillac Escala coupe
American car maker unveiled its luxury car concept called the Escala at the LA Motor Show. Unlike Cadillacs of the past, the Escala features a more aggressive look but still manages to incorporate the classic Cadillac grille. Under the hood, it has the same 4.2 litre V8 engine GM has been using for quite some time now. 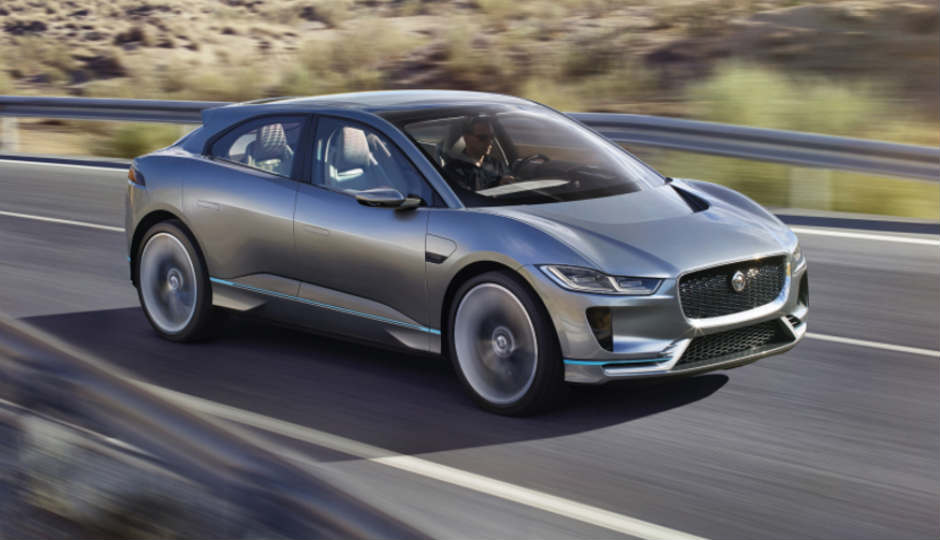 Jaguar I-Pace
While the Jaguar F-Pace was launched just a few weeks back here in India, a new all electric concept version of the car was showcased at the LA Motor Show. The Jaguar I-Pace is an all electric SUV with 395 bhp of power and around 480 kilometres of range. The rest of the car looks quite similar to the F-Pace. 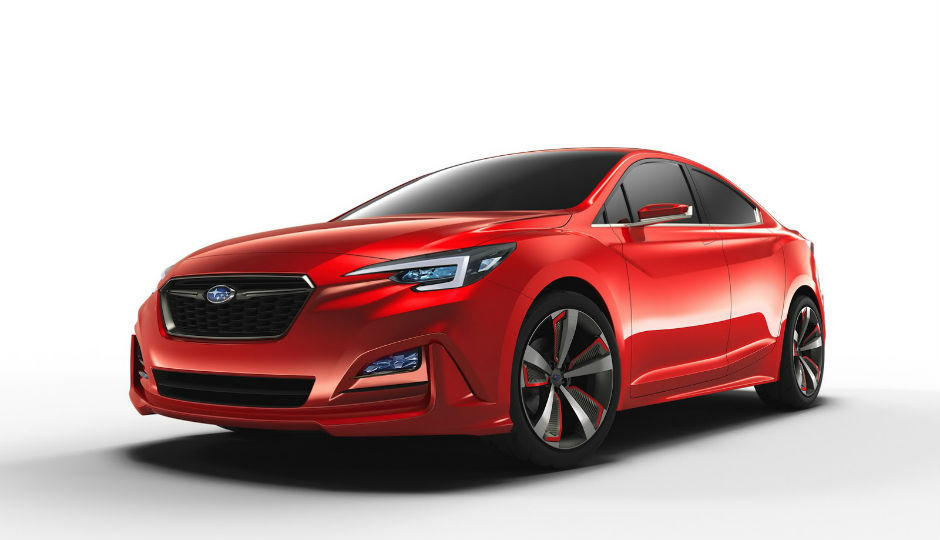 Subaru Impreza Sedan Concept
The Subaru Impreza is a well known amongst car enthusiasts and anyone who is into video games. However, it always had the rally tag attached to it. Now though, the company is planning to shed that tag and unveiled the new Impreza sedan concept. This new concept looks very different to previous Impreza cars and is likely to get a new transmission with an improved 2.0 litre engine. 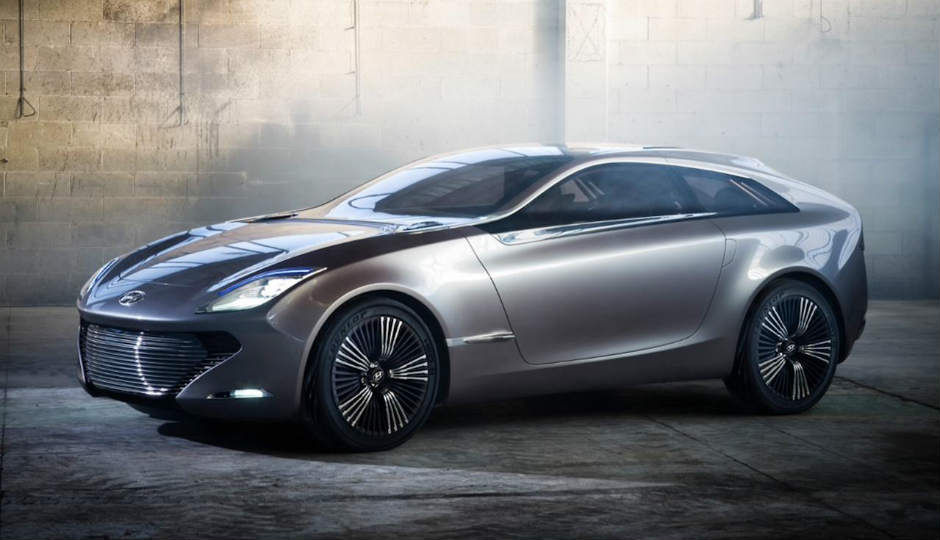 Hyundai Ioniq Concept
The Hyundai Ioniq concept is designed to be three cars in one. The company showcased the car as an all electric, plug-in hybrid and a pure hybrid. It is fitted with smart cruise control radar, lane-keep assist camera, blind spot sensor, GPS antenna and a hidden LiDAR system. The car serves as a platform for upcoming cars from the company and with this, Hyundai aims to bring the price of autonomous cars down. 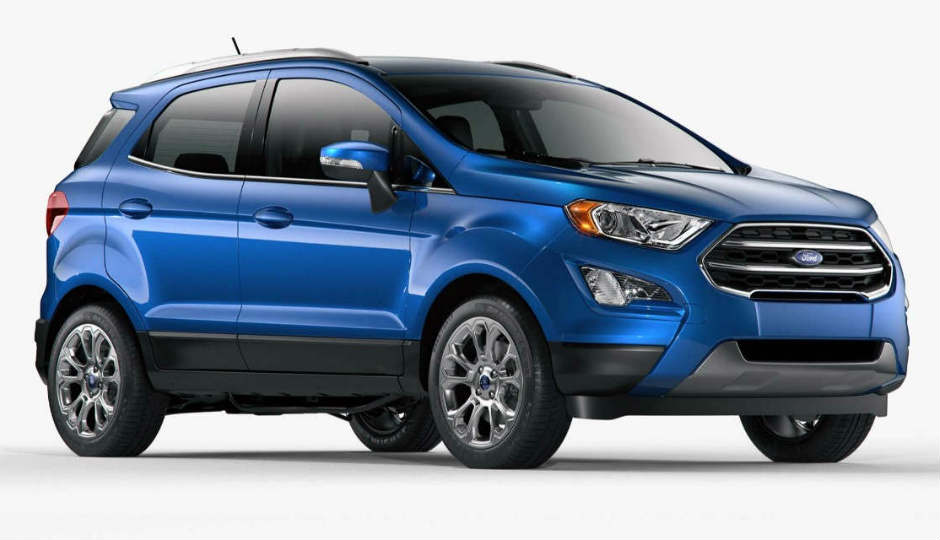 Ford Ecosport 2018
Ford was there at the LA Motor Show unveiling the new Ecosport 2018. The car brings a familiar styling with a meaner look to the compact SUV segment. The car will be available in two engine options - a three cylinder 1.0 litre turbocharged engine and a 2.0 litre four cylinder. However, performance figures are still not known.