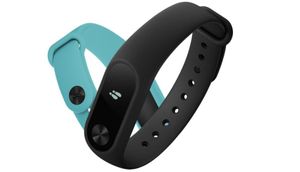 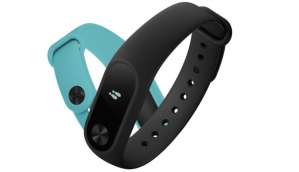 Xiaomi has launched a new fitness band in partnership with HRX by Hrithik Roshan which is a variant of the Mi Band 2. The Mi Band HRX Edition looks similar to the Mi Band 2 in terms of design but doesn’t have a heart rate monitor.

The Mi Band HRX Edition sports an OLED display that shows the time comes with a pedometer that counts your steps, distance covered, and more. The fitness wearable also alerts users if they have been idle for too long. The band will send alerts to remind you to take short walks and even take water breaks at regular intervals. The wearable also calculates your sleep and can make calls. The band receives notification alerts and can unlock your paired Android smartphone without the need to put in a passcode or fingerprint.

The Mi Band HRX Edition supports Bluetooth 4.0 and can deliver 23 days of battery life, according to the company. The band weighs just 7 grams and has an IP67 rating for water resistance.

The second iteration of Realme’s budget wearable, Realme Band 2 is set to launch soon. The first generation of the Realme Band was priced aggressively, which made it a competitive option for those buying their...

The Huawei Band 6 has officially launched in India with features like two weeks of battery life, a SpO2 blood oxygen monitor and more. The Huawei Band 6 is the successor to the Band 5 that...

Xiaomi has launched the Mi Band 6. While the design is the same as the Mi Band 5, it comes with a slightly bigger display and a few new features. It has a slightly larger...

The successor to the Xiaomi Mi Band 5, the Mi Band 6 is launching on March 29. Xiaomi’s official Twitter handle reads, “Are you ready for the brand new #MiSmartBand6? It’s time to start making...