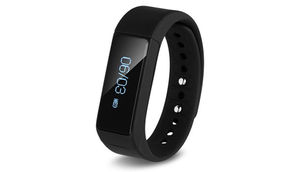 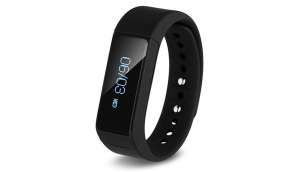 ENRG Actiwear is an affordable fitness band that features a 0.9-inch touchscreen Oled full touch display with motion and Gesture control. It is compatible with ANDROID 4.2 and above and iOS 7 and above devices. It keeps a track of steps covered, distance travelled, calories burned and sleep patterns. The user can download Zeroner app from Google play on their smartphne to sync with Actiwear. The band also shows smartphone notifications such as incoming calls and messages and also controls

the linked smartphone's camera shutter. The band has IP67 certification, which means that it can withstand immersion in water in up to 1-metre depth for up to 30 minutes. The device is backed up by a 75mAh battery that can deliver up to 5 days of power on single charge. It is available in Red, Blue, and Black colour variants.
read more