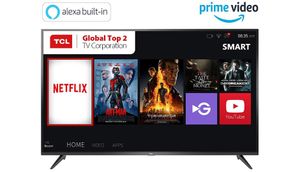 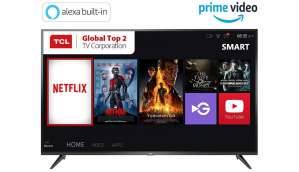 TCL 55 inches 4K Ultra HD Smart LED TV 55P65US-2019 has a screen size of 55 inches with screen resolution of 3840 x 2160 pixels. It has 4K HDR Support. You can enjoy a theatre-like experience from the comfort of your home with this Smart TV. The TV provides clear visuals and provides distinct sound quality and an immersive experience. This TV has Yes HDMI ports & Yes USB ports. It has 4500:1 of Contrast Ratio. Connectivity options included are HDMI , WIFI Screen Mirroring Support , Bluetooth. You can connect various gadgets such as your laptop using the HDMI port. In the box you get 1 LED TV, 1 Table Top Stand, 1 Wall Mount Bracket, 1 User Manual, 1 Warranty Card, 1 Remote Control, 2 AAA Batteries. The TV comes with a 18 Months warranty.

The Sony Bravia XR A80J 65-inch 4K UHD TV has officially launched in India and is the first smart television of its kind to be powered by the Bravia XR cognitive processor. The Bravia XR A80J...

TCL has sent out media invites for the launch of its Mini LED TV. The invite highlights a “C” series launch and this means the company will launch the TCL C825 mini-LED TV in India....

One Plus has launched the OnePlus TV U1S in India. The TV is available in three screen sizes - 50-inch, 55-inch and 65-inch. Unlike its predecessor, the U1S does not support Dolby Vision, but it...

OnePlus TV U1S 4K series is set to launch on June 10 in India alongside the OnePlus Nord CE 5G. Ahead of its launch, the pricing of the U1S 4K TV series and OnePlus Nord...