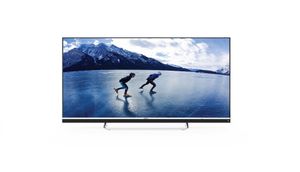 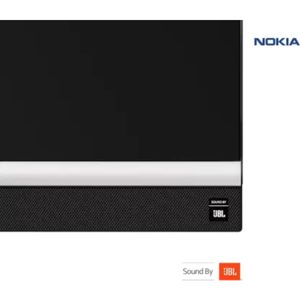 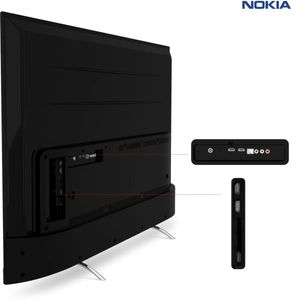 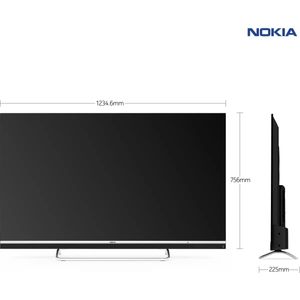 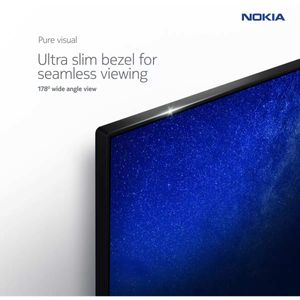 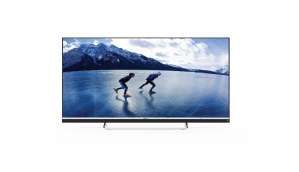 The Nokia TV 55-Inch UHD 4K LED smartphone Android TV will on go sale on December 10 on Flipkart. Nokia Smart TV buyers will get a stand as well as a wall mount and a Bluetooth remote that supports Google Assistant for voice input along with the TV.

The Nokia branded smart TV has a 55-inch 4K UHD screen with 400 nit’s maximum brightness. The TV comes with Dolby Vision support, MEMC, and Intelligent Dimming feature. It has a contrast ratio of 1200:1 and 178-degree viewing angle. Video features included in the TV are Vivid, Standard, User, Sports, and Game modes.

Remote control features on the Nokia TV are Voice control, Google Assistant, hotkeys for YouTube, Netflix, and Google Play. Other Audio features included in the Nokia TV are 5 Band Equalizer and an Auto Volume Leveller. The Sound modes available to users are Standard, Music, Sports, and Movie.  The TV has DTS TruSurround Sound which creates a 5.1 channel surround sound output according to the company.

The Nokia TV runs on the Android 9 TV platform and supports the Google Play Store. Users get access to thousands of apps from the Google play store on their Smart TV. The Nokia TV is powered by a quad-core processor. It comes with built-in Chromecast.

Other internet features included in the device are an ethernet port, Android 9.0, Play Store, Google Assistant, Chromecast, and YouTube.

Flipkart revealed during the launch event that more Nokia branded smart TV models will be launched in the future, however, the e-commerce retailer did not share any specifics. the e-retailer also revealed that Jeeves will be handling the after-sales service for the Nokia Smart TVs in India.

The Sony Bravia XR A80J 65-inch 4K UHD TV has officially launched in India and is the first smart television of its kind to be powered by the Bravia XR cognitive processor. The Bravia XR A80J...

TCL has sent out media invites for the launch of its Mini LED TV. The invite highlights a “C” series launch and this means the company will launch the TCL C825 mini-LED TV in India....

One Plus has launched the OnePlus TV U1S in India. The TV is available in three screen sizes - 50-inch, 55-inch and 65-inch. Unlike its predecessor, the U1S does not support Dolby Vision, but it...

OnePlus TV U1S 4K series is set to launch on June 10 in India alongside the OnePlus Nord CE 5G. Ahead of its launch, the pricing of the U1S 4K TV series and OnePlus Nord...