What is the best programming language in the world? 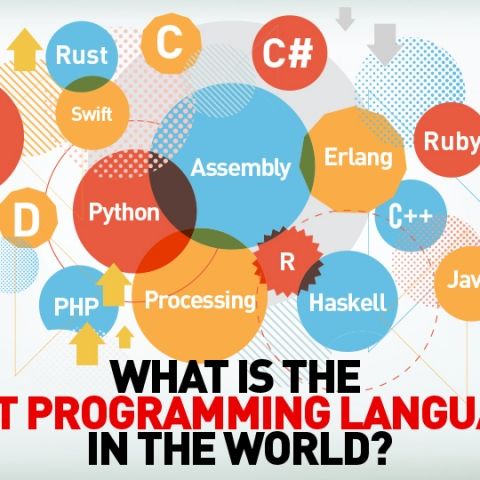 Fact is, there is no ‘best tool’, just the best tool for the job. The same can be said of programming languages. Often the best programming language for the job isn't just a factor of the technical merits of a language, but of the nature of the software itself, the goals of the software and even how the software will be developed and deployed. The perfect example of this can be found in the way a relatively unknown service called OwnCloud was coded. It’s an open source project aimed at giving people control over their own data. The software has apps for cloud storage, calendar, music streaming, photo storage and more. It can also sync local files to the cloud like Dropbox. Best of all you can host it where you want, so you control where your data goes.

The developers of OwnCloud choose PHP for the project despite there being better and easier languages available. They had some very good reasons for their choice of PHP despite its poor reputation. PHP is often supported by even the cheapest of hosting provides, and in the cheapest of packages. This is great given OwnCloud’s goals of reaching a wide audience. It’s also great at attracting developers, since it is a popular language known by many developers, and easy to learn for others.

Just like the iPhone is a bad app platform if you want to reach Indian farmers, sometimes technical decisions need a non-technical context. For a software aiming for popularity it’s important to look at the lowest common denominator; in OwnCloud’s case it was PHP. Choosing Ruby or Python or even Node would be antithetical to the goals of the software.

The key is in finding the best language for the job. In some cases it's chosen for you – or strongly suggested – as is the case with Java for Android, or Objective-C / Swift for iOS. In other cases it is about the restrictions of the target environment, for instance embedded systems programming is often done in C and Assembly. For web development, there is little stopping you from using C / C++, but that’s usually a bad idea, you’d be better off with Python, Ruby, JavaScript or even PHP and Java. For scientific computing, you’ll probably want MATLAB, R, or Python; here MATLAB and R were designed for this purpose, but Python is useful because of the plethora of scientific computing packages available for it. In Facebook’s case they started with PHP, and once they were in too far, rather than recode everything, they decided to improve the PHP ecosystem with a PHP compiler, and now a new language called Hack based on PHP.

Through this article we aim to give you a brief introduction to most of the hottest programming languages of today. Below we have featured detailed guides on both old and entrenched languages such as C, C++ and Java, and also newcomers such as Rust and Swift. We have languages covering most of the popular paradigms listed so far. For each language we will explore how it came to be, its strengths and significance, popular and common tools for the language, and we mention a few places you can go to learn more about them. For each language we also include small code samples, one of a regular ‘Hello World’ program, and another of a simple insertion sort algorithm where ever possible, so you can have a richer taste of the language.

So with that in mind, what do we expect you to do with all the programming languages covered in this article? Explore them all of course! It is important to not tie oneself to a single paradigm, functional or imperative, static or dynamic, interpreted or compiled. They all have strengths and weaknesses that make them shine in their own domain. Fun fact: there is no such thing as an interpreted language or a compiled language; whether a language is interpreted or compiled is dependent on the nature of its implementation. It is quite possible to compile Python or Ruby, and also quite possible to interpret C / C++

Having a preference is fine, but being flexible is more important. No matter your feelings about a given language, it might have strengths that make it most suitable for the software you are developing, even if that strength is merely its popularity. On that note, let's give you a quick intro to the hottest programming languages of today so that you can make an assessment for yourself: