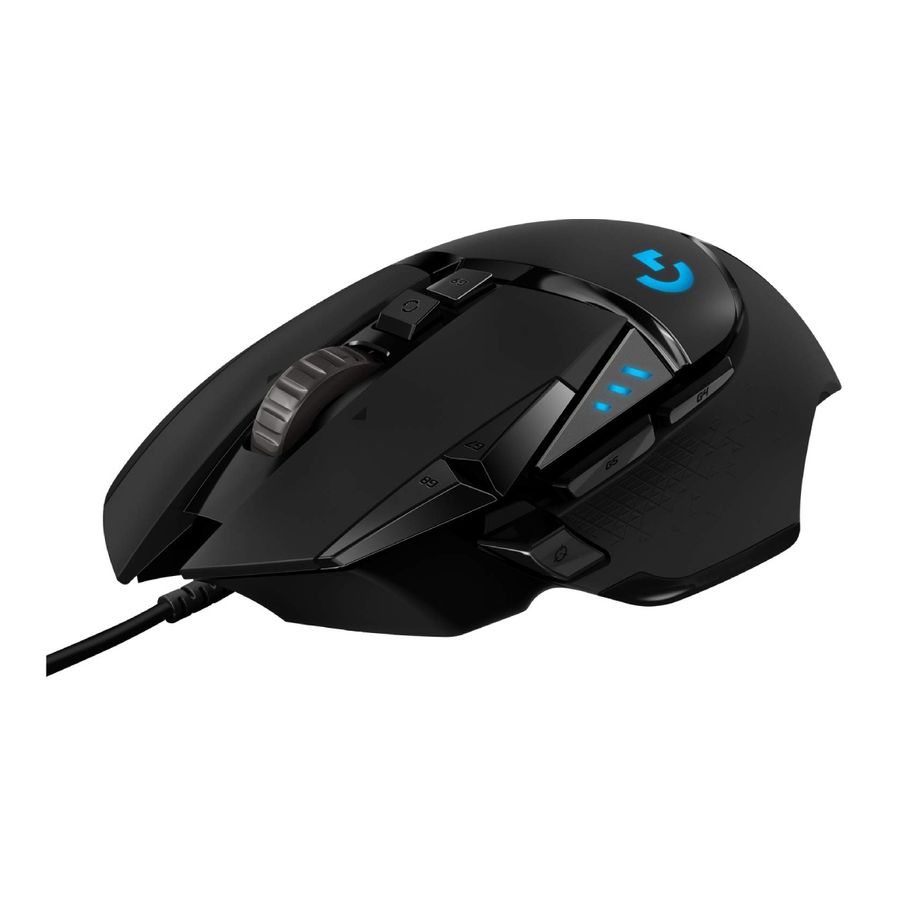 The Logitech G502 Hero is one of the most popular gaming mouse models in the world, and for good reason. This is an all-rounder gaming mouse that works well with most gaming genres. Its USP is its customizability, allowing users to finetune the mouse to best suit their needs. Options include several programmable buttons, adjustable weights, custom profiles thanks to good software support, a comfortable ergonomic shape, and being able to swap between tactile and smooth scrolling with the press of a button. Of course, the primary reason the Logitech G502 Hero is on this list of best gaming mice is because of its excellent Hero sensor, which is accurate and boasts a maximum DPI of 25,600. Not that it matters much when it comes to gaming. If you'd prefer the wireless variant, you can opt for the Logitech G502 Lightspeed, which is next on this list. 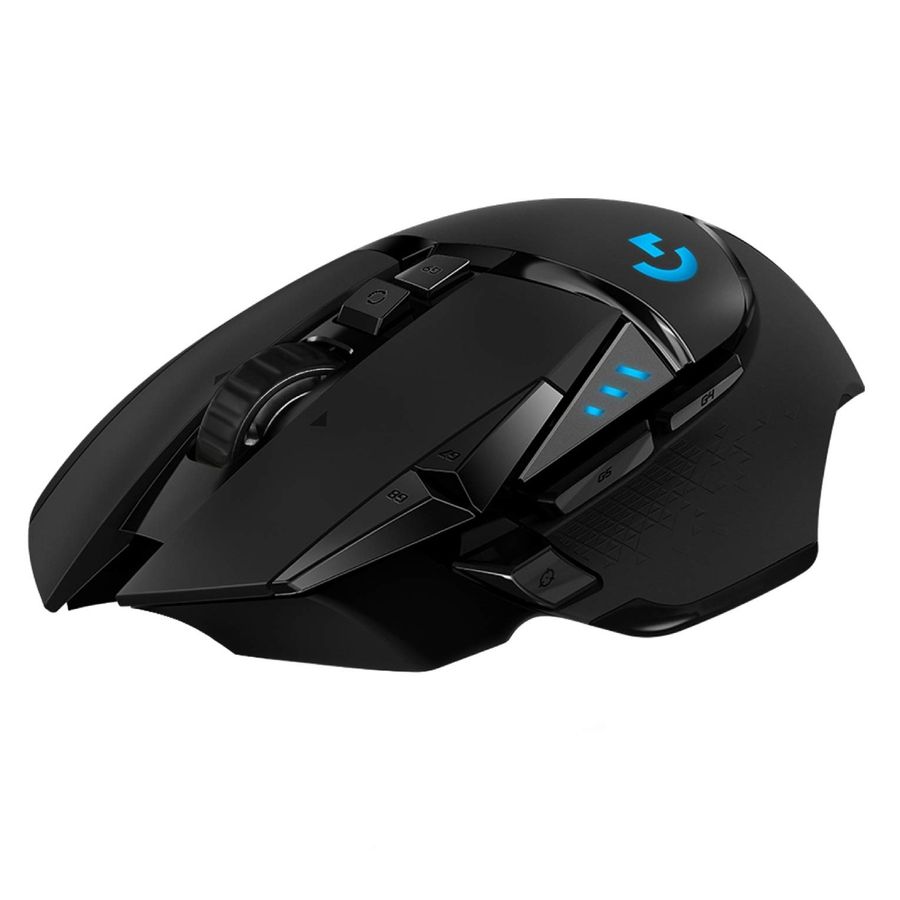 The G502 Lightspeed is a wireless and lighter variant of the popular Logitech G502 Hero. Like the Hero, we've got all the features that gamers love now packed into a wireless version. This includes the programmable buttons, the adjustable weights, the familiar shape and feel, and the excellent HERO 25K sensor. The Logitech G502 Lightspeed is also very power efficient for a wireless mouse, and paired with the Logitech G Powerplay wireless charging mouse pad, if you can get your hands on it, you won't ever have to deal with cables again, even for charging. While we’ve been apprehensive in the past about recommending wireless gaming mice, today, there’s little to no difference in performance between wired and wireless gaming mice, making it easy to consider the Logitech G502 Lightspeed as a contender for the best gaming mouse in India. 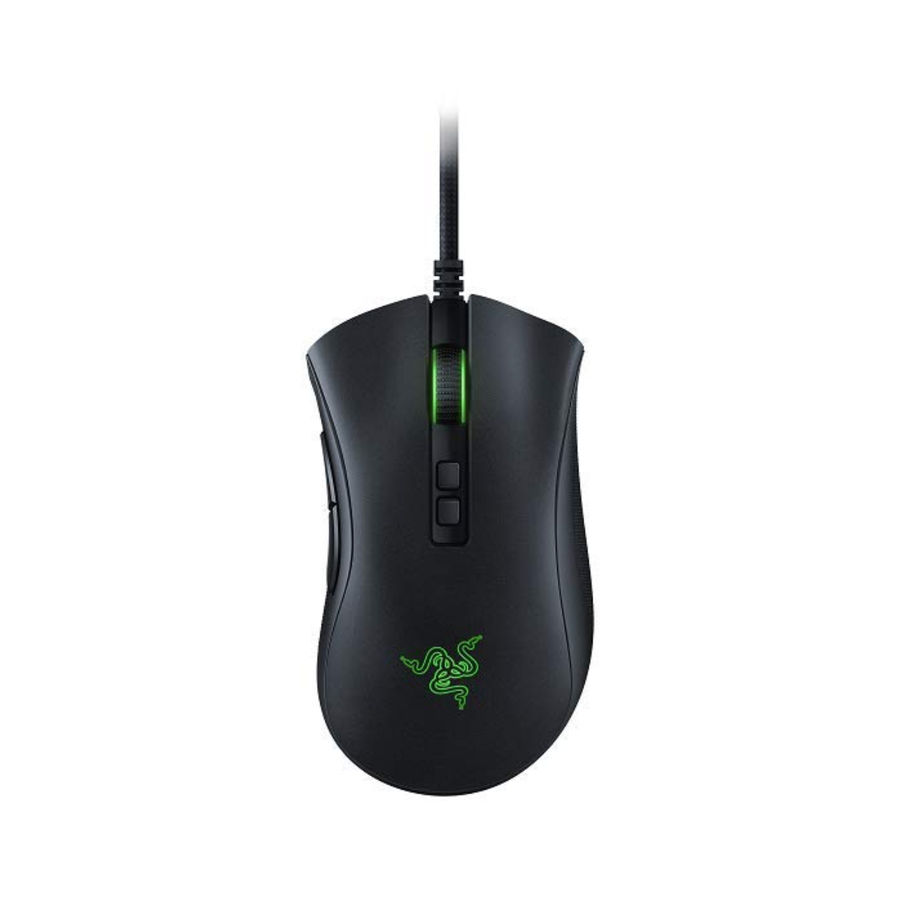 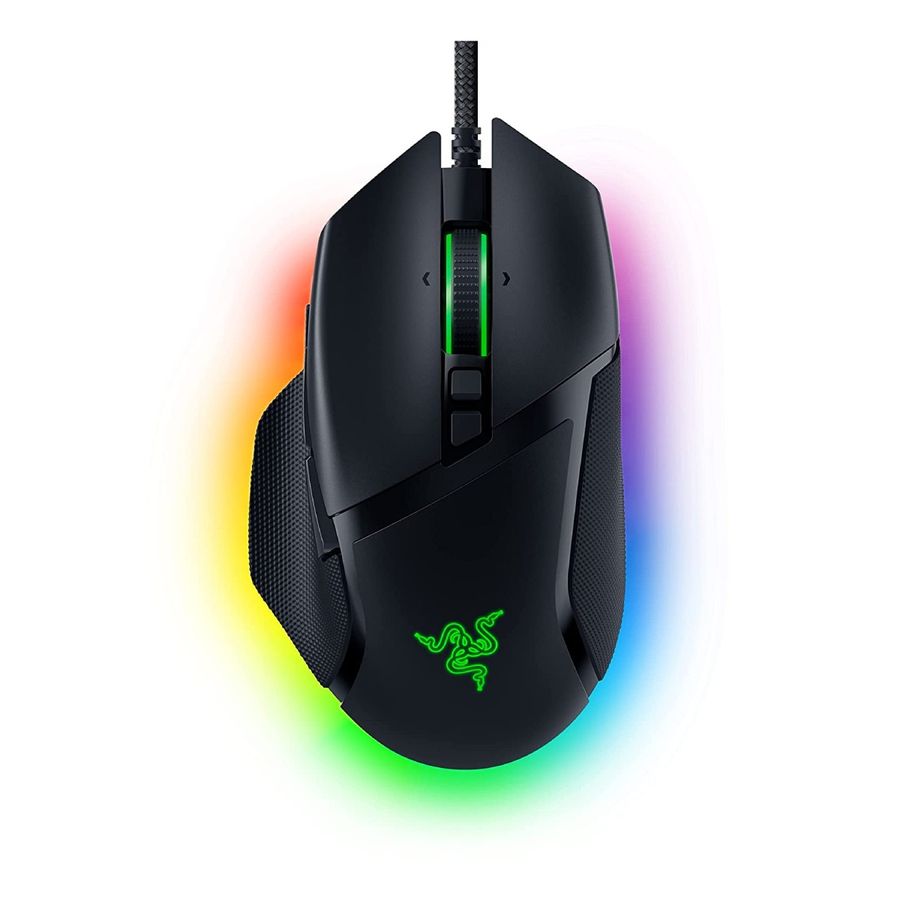 The Razer Basilisk V3 is an excellent all-around gaming mouse, with many programmable buttons (up to 9), a comfortable ergonomic shape and grip, a dedicated (but also programmable) sniper button for FPS games, and very customisable RGB lighting zones. With "HyperShift", each button on the Basilisk V3 can have a secondary function, potentially doubling the number of buttons available to you when using this mouse. The Razer Basilisk V3 also has a unique scroll wheel, which can swap between tactile and smooth. There's definitely a lot of functionality to be pulled from the Razer Basilisk V3, paired with great performance. If you're looking for a wireless variant, check out the Razer Basilisk Ultimate gaming mouse. For a comparatively more no-frills gaming mouse with similar performance, check out the DeathAdder V2, which is also on this list. 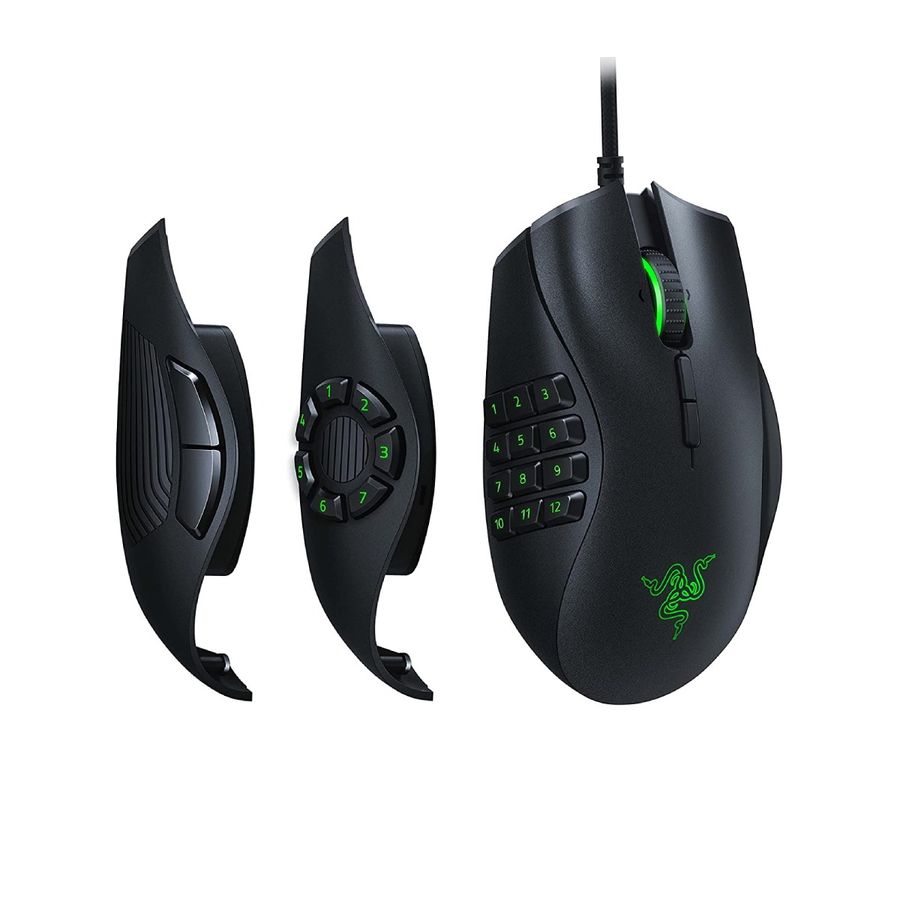 If you're in the market for a dedicated MMO gaming mouse, then look no farther than the Razer Naga Trinity. This is one of the best gaming mice when it comes to playing MMOs, MOBAs, and any other genre of games which requires you to have easy access to several buttons. Rather than stretching across your keyboard to get to them, you have access to all your buttons on the side of your mouse. Furthermore, the Naga Trinity comes with three side panels, which are swappable. It's in the name afterall. The first panel comes with the traditional two buttons, the second with seven buttons in a "hex" pattern, and the third with a whopping 12 buttons in a sideways numpad layout. The 12 button layout is ideal for MMO games where skills usually map to the number keys. If you would prefer a wireless version of the Razer Naga Trinity, then check out the Razer Naga Pro which is next on this list. 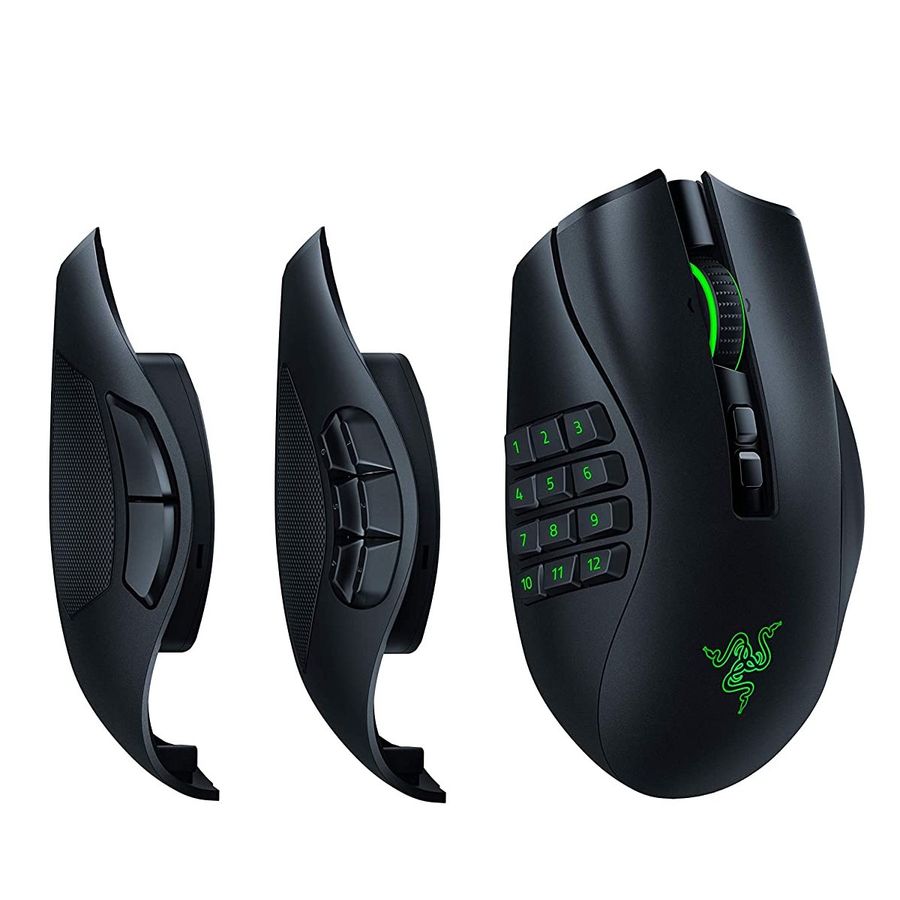 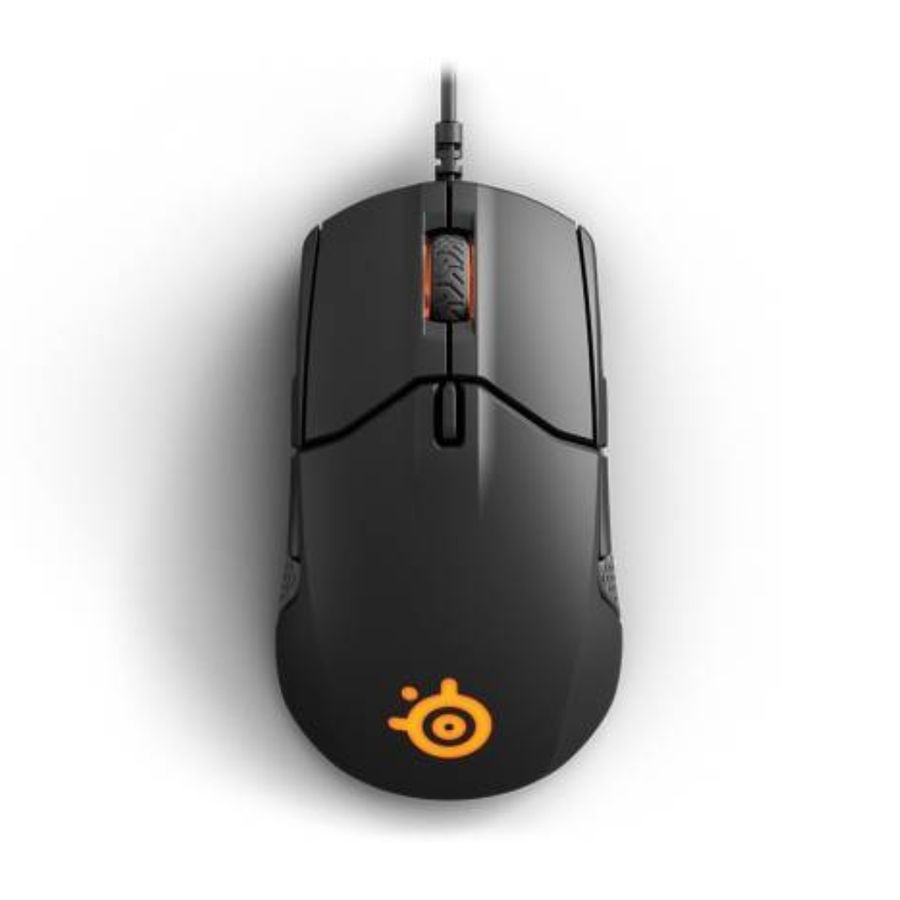 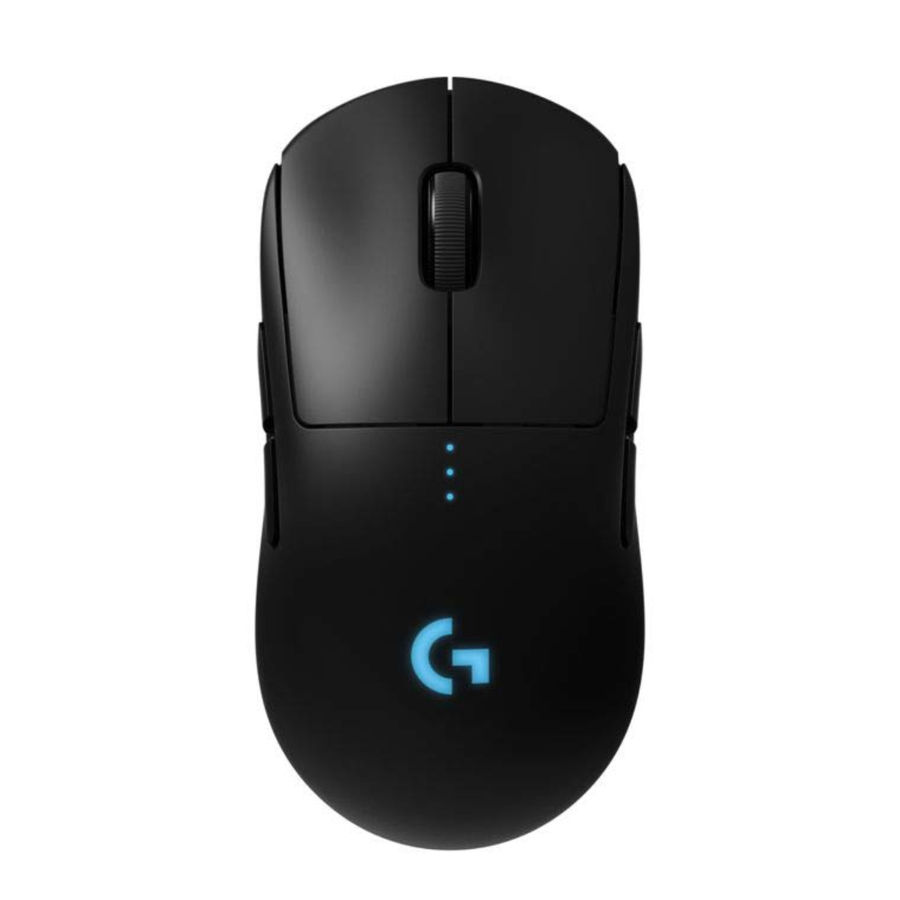 The Logitech G Pro Wireless uses a tried and tested shape, which feels both familiar and comfortable. We've got excellent grip, light-weight, a smooth glide thanks to its PTFE feet taking up a large percentage of the base, and it comes with the excellent HERO sensor. The Logitech G Pro Wireless is also incredibly power-efficient which is reportedly thanks to the HERO sensor eating less battery than conventional mouse sensors. Up to five profiles can be stored on the mouse's onboard memory, allowing for easy use across multiple PCs. This is also a truly ambidextrous mouse, with buttons on both sides of the mouse, all of which are programmable. 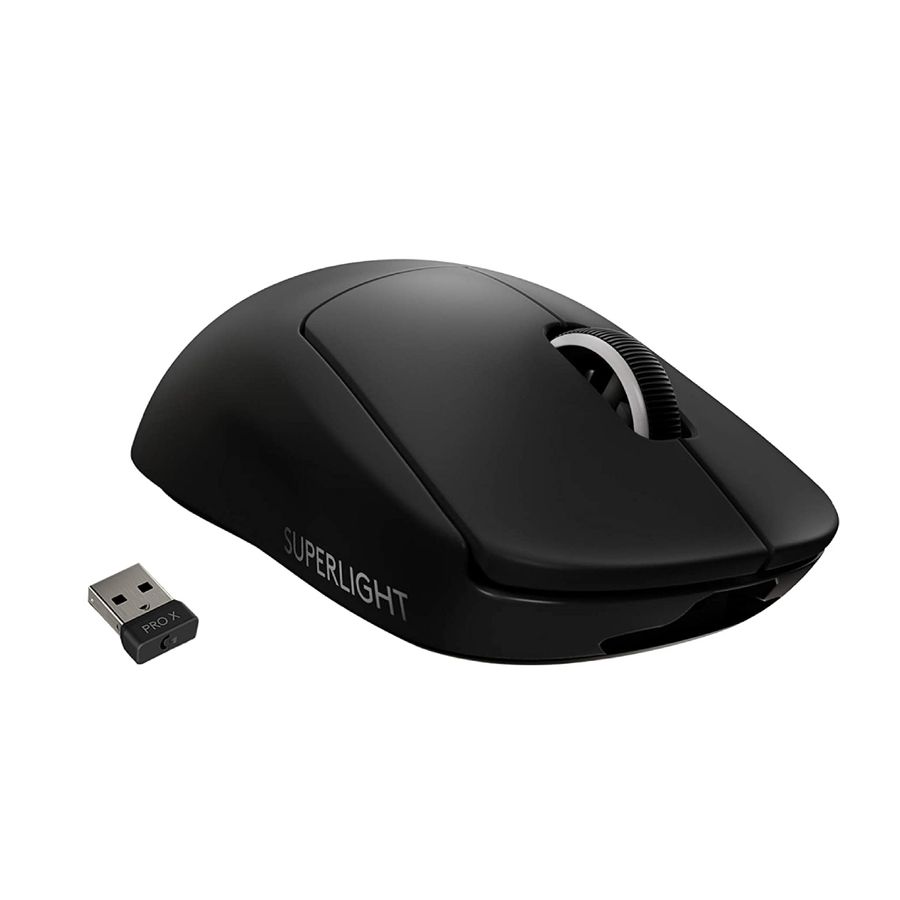