By Ali Akbar Merchant | Price Updated on 17-Oct-2022
Whether it be a ride to the office on a motorbike, scuba diving in the Maldives, or just one of your local treks in the hills. Filming adventurous or day-to-day activities has become quite the norm. And to fill that need, Action cameras have, well, got into action, and advancing ultra-compact camera capabilities at a pace never seen before when it comes to the camera industry. It has reached a point where these puny action cameras can kind of compete with their larger cousins (albeit with smaller sensors and fixed focal length). Here we look into the best 4K action cameras on the market today. ...Read More
Advertisements 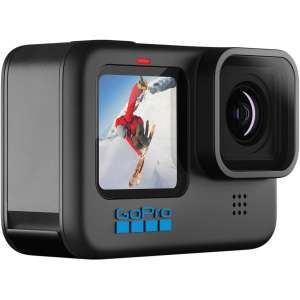 Full specs Other GoPro Digital Cameras
Well, let’s be honest. This is probably not exactly surprising now, is it? GoPro has basically been the industry leader as well as the industry creator in the Action Camera segment and with the 10th iteration of the Hero Black series GoPro has put all its experience and knowledge into it. With the new Hero 10 Black, you get some whopping specifications that truly make it the best action camera on the market. We get a resolution of 5.3K at 60 FPS for the first time on a GoPro and it also features 4K at 120 FPS for that creamy cinematic SloMo. The GP2 processor has also been upgraded that enables the high framerate 4K recording, and more responsive touch controls and navigation in the UI. Stabilisation has also been improved thanks to HyperSmooth 4.0 so footage shot even in quite extreme rugged situations are smoothened out. In terms of the sensor, the Hero 10 gets a 23 MP unit and features better low light performance as well when compared to other action cameras of previous iterations of the Hero Black. This Action camera’s price in India starts from Rs 54,500. 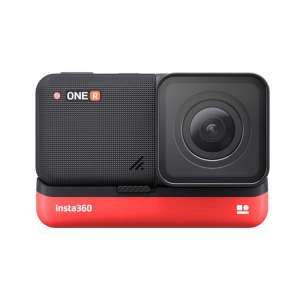 View Gallery
Full specs Other Insta Digital Cameras
What this camera has more than probably any other action camera or even any other camera as a whole is versatility. This superb versatility comes courtesy of being completely modular. It can be used as a regular action camera, or a more wide-angle action camera and also as a 360-degree camera. Of course, you’ll need to buy those additional accessories to activate and exploit those features. But it’s definitely a plus to have that option. For the purposes of this feature on Action Cameras, we will only be concentrating on what makes the One R a capable Action Camera. What we get here is some amazing FlowState Stabilisation which essentially smoothens out the footage as optimally as possible. Despite being modular, this camera features waterproofing up to 5m. It also has an auto-tracking feature that can be activated by simply touching the subject on the display and it will automatically track it as long as the subject is within the field of view of the camera. Apart from that, it features the usual features one sees in action cameras these days like an app that makes editing footage simple and easy, HDR photo and video capabilities, the ability to shoot creative shots like Slow Motion, Night shooting, Hyperlapse etc. This 4K action camera is definitely one to consider. 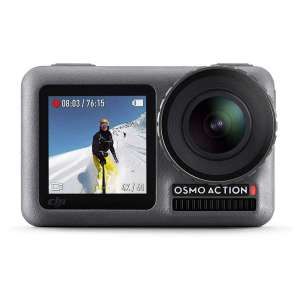 Full specs Other DJI Digital Cameras
The DJI Action 2 takes a bit of inspiration from the Insta 360 Go 2 and expands on it. This means that it has totally departed from the more conventional action camera setup one usually sees like its predecessor, the DJI Action. With this one, we get a more modular layout with the camera module being magnetised and addons like extra memory, battery and display being optional attachments. In terms of video performance, this little camera can shoot at a maximum resolution of 4K at 120 FPS and has an ultra-wide field of view at 155 degrees. One thing to note though is that while the camera module itself is waterproof, the battery addon and display addon are not. You also get DJI’s latest in stabilisation technology called RockSteady 2/0 and HorizonSteady that detects and corrects camera shake and rotation in real-time. The DJI Action 2 has just launched at the time of writing this, so it could potentially even go up the list after we have tested it out thoroughly. 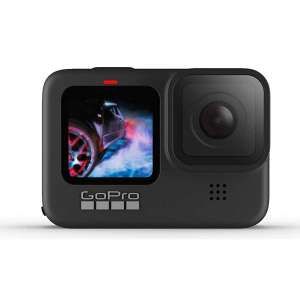 Full specs Other GoPro Digital Cameras
Again, it's probably no surprise to see two cameras from GoPro in this category. It’s a list of the top action cameras after all. With the Hero 9 Black, we once again get a super capable action camera capable of shooting video at a maximum resolution of 5K and it can shoot 20 MegaPixel stills as well. It features the one generation Old Hypersmooth 3.0 which is still fantastic. The Hero 9 Black also features 30% more battery life when compared to older GoPros. Additionally, the action camera can also grab 14.7 MegaPixel stills from recorded videos which makes it super handy. It can also be used to take filmmaking to a whole new level with minimal effort thanks to modes like, Timewarp, 8x Slo-Mo, and Hindsight mode that captures 30 seconds of footage before you even hit the record button. 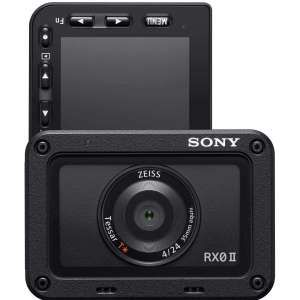 Full specs Other Sony Digital Cameras
When one thinks about Sony cameras, the image of superb Auto Focus and compact premium Alpha series comes to mind. But we are here to tell you that it also made one incredibly capable action camera as well. With this camera, Sony probably focused its energy on image quality and therefore gave this camera a large (for action cameras) sensor. This makes the RX0 II more capable than even the mighty GoPro when it comes to low light shooting. It is also marginally smaller in size compared to the GoPro. Where it does fall short when compared to the Number 1 is stuff like a 15.3 MP sensor and a maximum recording resolution of 4K at 30 FPS. This camera though features something that can be found on any other action camera on the market and that is a rotating and tilting LCD display that can be used while vlogging. It is also waterproof up to 10 meters, shockproof for drops under 2 meters, and crush-proof up to a weight of 200kgs.