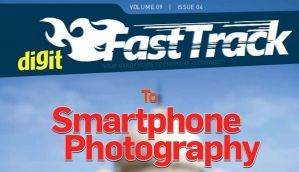 Die hard dSLR enthusiasts will probably scoff at the idea of using a smartphone as a primary camera; and for good reason. Smartphone cameras admittedly do have a few intrinsic weaknesses but they also have a lot of advantages – the biggest one being that your trusty smartphone is the one camera you have with you at all times. Smartphone cameras let budding photography hobbyists experience a freedom of movement which is unmatched by any other type of camera. Phones are easy to handle, quick, and most importantly discreet – pulling one out won’t make people stop and stare. Besides, to burst the elitist bubble, the quality of smartphone cameras has increased dramatically over the years, giving rise to smartphone photography as a worldwide phenomenon. Consider the fact that on instagram alone around 50 million photos get uploaded each day. That’s staggering by itself. Add to it Facebook and hundreds of other photo sharing services and you have something mindboggling. This social aspect of smartphone cameras is another advantage. Enthusiasts can click and share their creativity for instant feedback and fame.

The rise of smartphone photography

The camera on our smartphones has become as much an inseparable part of our lives as the smartphone itself. We never thought we would but we have come to rely on it so much these days that it’s become impossible to imagine owning a phone with a camera. Things weren’t always like this, though. Wind the clocks back by about ten years and remember what it was like back then. Cameras had just started making an appearance on phones and only the most expensive models had them. It wasn’t often that you’d come across someone with a smartphone, first of all, much less someone with a camera on their phone.

There was a time when phone camera software had just one button that allowed taking a picture. But as the hardware responsible for taking pictures improved so did the software behind it. These days you can adjust practically every parameter of the shot before you take it, similar to the way you can on a proper camera. From things like white balance and exposure to ISO, shutter speed, metering modes and much more. For the layman, these terms can be quite daunting and thus most people don’t seem to bother with them and just choose to point and shoot. But while this may give decent results most times, you’d be surprised how much better you can make your shot if you just spend some time adjusting a few settings. Here, we will be taking a look at some of the settings you commonly find on phones and how you can use them to get the most out of your photos.

Saying that cellphones have come a long way would be one of the biggest understatements of the year. They’ve gone from large, clunky monochrome bricks to devices that are designed with elegance and have rendered the notebook, the mp3 player, and even wallets (in some cases) obsolete! The cellphone advancement is heading in the direction of being the “one device-to-rule-them-all”. It has its eyes set on replacing your point and shoot camera.

It wouldn’t suffice to say that smartphones have come a long way, more so to say that they have made a few things obsolete. From books to the postal service, the smartphone has picked up and swallowed just about everything.

By now we have learnt about the history of smartphone cameras, their software and hardware, some composition techniques, best camera phones on the market and accessories for them. Now let us talk about some tips and tricks to get the most out of your smartphone’s camera.

Retro Camera Definitely one of the more popular photography apps available for android, Retro Camera is the Hipstamatic for Android users. This vintage camera app basically allows you to add various effects such as vignetting, film scratching, and black and white & cross processing effects to add an old-school look to all your pictures. It has a set of 5 different cameras, thus allowing you 5 different sets of these effects. The UI, though not extremely intuitive at first glance, can still be worked out. The app isn’t all that perfect though – the shutter button isn’t the best, and changing it to a physical hardware button seems like a better option. The viewfinder is relatively small, and with larger phones, this becomes slightly inconvenient. Even though there haven’t been any updates for almost a year now, the app is still slightly heavy on the newer, quicker phones that have come out (tried it on a nexus 5).

Mobile phone photography has never been more popular or easy than it is today. And with the falling prices of high quality mobile phone cameras, this trend is only going to increase. People are turning to mobile phones as their primary device for recording and preserving their most precious memories; from birthdays and anniversaries to even weddings, the power of the mobile camera has made everyone a photographer in just a matter of years. And although mobile devices don’t have the range of processing options that a desktop device might offer, some apps do come very close. However, as more and more photographs are clicked, the number of apps that promise to enhance, polish and improve on your compositions has also increased. But most of these apps rarely live up to their promise. This is where we step in and separate the men from the boys and sift through these many apps with a photographer’s eye. The ability to post process your compositions will forever change the way you make your photographs.

The freedom to create dazzling images has never been greater. The cutting edge camera technologies incorporated into modern smartphones is growing at an accelerating rate. With a variety of choices, users can not only shoot photographs at a higher range of quality but also use the many available accessories to make truly spectacular photographs. As mobile internet access and cheaper higher quality smartphones become more common, almost everyone will be walking around with thousands of photographs in their pockets. In our culture of instant messaging and sharing phones carry the visual story of our life. In order to make it easier for users to manage, display and share their most personal creations, apps developers from all across the world are introducing new apps almost daily. And even with the variety of mobile platforms available, be it Apple’s iOS, Android, Blackberry or Windows, there is always an app that performs better than the rest.