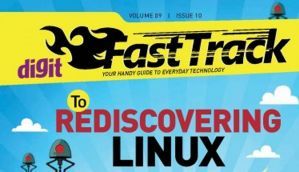 Argumentum e silentio - A common fallacy wherein people assume what they don’t see (or hear, if we’re being literal) isn’t there at all. And this comes to the fore in cases such as this one – assessing the popularity of operating systems. Naysayers have regularly asked the question, ‘if Linux is so good, then why isn’t anybody using it?’ Forgive the naysayers; they aren’t the brightest of the bunch when it comes to the intricacies of the philosophical sciences. Truth be told, we’ve met more people who’ve tried Linux at some point in time and given up on it, than those who haven’t. Don’t worry we’re benevolent beings and we wouldn’t begrudge you if you’re one of them. Until as recently as 2010, the Linux ecosystem was not the most inviting of places, especially for a newcomer. Having allegedly been the domain of neckbeard hackers and boy-genius techies, Linux had somehow blocked itself out of the reckoning for the regular folk.

The mythical ‘year of Linux’

A lot can be learnt about a person’s... well, personality based on their preferences. If you like instant coffee, you’re probably an aficionado of the buzz caffeine gives you. If you like your beans medium both, in terms of roast and coarseness of the grind, and you let boiling hot water be forced through a lightly compressed layer of coffee powder; you’re probably a prude who does a lot of reading (Yes you are. Look at this face, it’s absolutely expressionless, nary a hint of a smile). But, if your coffee is a blend of Plantation A, Pea Berry and a generous dash of Chicory. You pull out a coffee filter, season it by pouring a little hot water on the insides, pack the coffee powder in a way that is neither too tight nor top and let it sit. Let the water percolate and collect in a container below. Pour a dash into a tumbler of hot milk, add a little sugar and pour it back and forth between the tumbler and a cup, you’re either suffer from OCD or are a coffee connoisseur.

Google has, for all intents and purposes, been one of the greatest agents of change. Android, overwhelmingly the world’s favourite mobile operating system (by the numbers), is based off the Linux Kernel and this has given the platform exposure to an unprecedented number of users. Now, a lot of people do complain that what Google ships out isn’t really Linux, but that isn’t even remotely true. Yes, the architecture is very different from traditional distros, but considering what Google wanted to do with the platform, it was a valid step to take. Android may be based on Linux, but it’s not based on the type of Linux system you may have used on your PC. You can’t run Android apps on typical Linux distributions and you can’t run the Linux programs you’re familiar with on Android. While Linux does make up the core of Android, Google hasn’t added all the typical software and libraries you’d find on a Linux distribution like Ubuntu.

Linux on the desktop today

As a consumer yourself, the fact that we (as digit) are pitching something so vigorously should (and we hope it would) make you wonder how you can get your hands on such a product. If that is indeed the case, you are in great luck! Linux, the free for all bonanzas that probably powers almost the entire world’s macroscopic digital ecosystem, is exactly that– free for all. But before you dive into that, you should probably take a look at your options and get a feel of what you’re getting into. This right here is the state of Linux on the desktop– summer of 2014.

Getting under the Hood

You’ve read about how Linux is making massive strides in nearly every sphere of computing, from supercomputers and servers to embedded devices and smartphones, and you’ve read about how this might just be the “Year of the Linux Desktop”. Hopefully we’ve convinced you to give Linux another shot, and in this chapter we’re going to tell you exactly how.

Getting work done with Linux

Linux may not have a desktop market share comparable to Windows (or even OS X), but the small and dedicated community has ensured that Linux is not found lacking in applications. Comparable alternatives to popular Windows and Mac software can be easily obtained on Linux, with most applications being completely free of charge and Open Source. Moreover, Linux distributions such as Ubuntu, Fedora, Debi an and Opens USE feature a centralised repository of software, akin to app stores, where users can search for, download and install applications, drivers, libraries etc. This greatly simplifies the app discovery process, as users need not hunt for the right program for their job. Addition ally, a distribution’s repository features binaries that have been tested to be compatible with the operating system, and will resolve any dependencies automatically. It also eliminates the need to compile packages from source, which can be intimidating to new users.

All issues in a system are resolvable through scientific reasoning; all it takes is a little patience and information. You may find a lot of troubleshooting guides out there but you won’t find one for each and every problem that you encounter. However, once you are adept at logically approaching the problem, you will start finding the solutions yourself or at least find out what exactly to look for online to resolve the issue. Plus, it saves time and money, and you won’t have to depend on anyone in an emergency. However, you do need to understand computers a little bit in order to arrive at a conclusion regarding the issue.