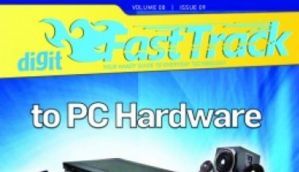 Everybody has a “computer guy” to rely on when things don’t work out the way they want with their gadgets. You go to this person when your OS conks off or if you get a BSOD. Maybe the router has the persistent connection dropping problem or you are simply not confident about your next purchase (never listen to that sales person!). At times like these this magician of sorts comes about and solves all your problems and leaves you wondering how he/she did it. This month we aim to make you into a “Computer Guy/Gal” or at least put you on the path to becoming one. Shuffle through the following pages and read up on the different components that come together to make your PC the mean (or puny) machine it is. Obviously these 96 pages don’t contain every bit of information on each component, we can write dedicated books on each component but that would have bored you to the end of the earth, instead these are baby steps that you are about to take into the marvellous world of computer hardware.

Intel’s current lineup consists of the “Core i” series. Under that we have three brackets dividing the processors based on usage scenarios. The Core-i3 is the entry level bracket, and then comes the mid-range Core i5 series and finally the Core i7 series for enthusiasts. Along with the above mentioned series exist certain other lineups which are equally popular - Atom, Pentium and Celeron.

The first and foremost thing that one notices about a motherboard is its shape and size. Laptop motherboards have stopped following convention, in the race to create more compact designs the motherboard has been broken down into multiple PCBs but the scenario in the desktop market has remained unchanged for quite some time. There are a fixed number of form factors that one can choose from to build a computer, they can be either the palm sized PC/104 or the biggest of them all - the WTX. The image on the next page has covered quite a few of them with their dimensions in mm.

RAM is classified based on the type and also the speed at which they function. Thereafter lies the last classification which is according to the memory timing. Labelling is also done based on the rate of data transfer so DDR400 which works at 200 MHz but transfers data at a rate of 3200 MB/s is labelled as DDR400 and PC-3200. The type of RAM is Dual Data Rate (DDR) which is why it is labelled DDR400 and not 200.

The C: and D: that you commonly see when you access a hard drive via windows explorer or “My Computer” is a partition and it may or may not refer to a single physical disk. While RAM is a volatile memory, hard disks are not. They retain data even after a power cycle. RAM uses a bunch of switching circuits while hard drives use magnetically aligned bits to store data.

The audio card or sound card was a necessity since early computers were capable of only producing a single beep but programmers with all their creativity did manage to get some groovy tunes flowing by varying the frequency and duration of the beep. In order for music to be played that didn’t sound like a 8 bit video game soundtrack you’d get a sound card.

The keyboard is pretty much one of the components of a personal computer which we tend to take for granted. The average user doesn’t have to type much and subsequently getting one of those Mouse + Keyboard combos for Rs.500/- is more than sufficient for the majority. However, when we look at the technology that goes behind different keyboards, we find that they are not that behind in variety and complexity as the other components of a personal computer.

Most of you have an internet connection at home and are quite capable at troubleshooting when things go wrong. Some have a ‘guy’ whom they can call to get it done while others call tech support. However, most of the hardware was chosen for you, this eliminated the entire task of going through the vast array of devices which you could have used. How many of you use the stock router/ modem that your ISP provided? That too you might be paying rent on that every month. Let’s say you now want to optimise things a bit, get the WiFi in all corners of the house and get rid of all the wires. Read on to figure out what hardware does what and make an informed decision.