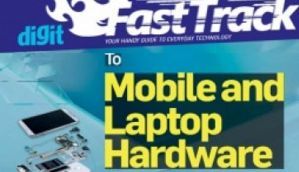 FastTrack To Mobile and laptop Hardware

While PC enthusiasts will forever remain true to their geek roots, there’s no doubt computing is steadily moving towards the portable space. Take a look around you; tablets, smartphones and laptops are ubiquitous, and reports of desktop sales dropping are more common than the next iteration of a brand new Galaxy phone. This got us thinking... How much does the average user really know about the innards of his or her mobile device? In the case of mobile phones, specifications read like career-criminal rap sheets. You constantly come across terms such as Snapdragon, Tegra, Exynos and the likes. What do these arcane terms mean? Most people believe these are just names of processors – a common misconception. In reality these are SoCs or System On Chips. In the case of laptop hardware, it’s easy to assume the speed of the CPU is a measure of its performance. Surely a 3.4 GHz model is faster than a 3.1 GHz model. Not necessarily. While the clock speed-to-performance ratio is stable within the same family of processors, the amount of work done per clock cycle is different for each processor architecture and family. Many more clock cycles may be required by one CPU compared to another to do the same amount of work if they belong to different families. This FastTrack aims to debunk many such misconceptions, effectively making you a portable hardware wiz. With this firm grounding, buying advice will become second nature to you. For instance, say you’re on the market for a new laptop. Do you know how to identify new generation Sandy Bridge processors from their older variants just by looking at the model number? With this FastTrack you will.

Generation Z takes mobile devices for granted since kids born in this era remember them always being around. Technology, however, is improving constantly and changes such as the way we connect with each other are easily obvious. For instance, SMS is already dying with apps such as Facebook Messenger and WhatsApp taking its place. Another advancement is the increased use of mobile devices to access content, in turn boosting mobile sales. The likes of the netbook are resulting casualties.

The term System-on-Chip refers to the chip housed in your mobile device, which pretty much functions as a complete computer. Now while desktop systems have a separate processor, separate GPU (except for those systems with integrated processors), separate controllers to handle the peripheral devices and so on, that is not the case with mobile devices such as tablets and cellphones. All of the discrete components seen on the desktop need to be integrated within one single chip and that implementation is called as the System-on-Chip (SoC).

Before the advent of huge touchscreen phones the CPU was the only thing handling all the processing that a mobile application needed. Simply because given the processing capabilities of the CPUs of that generation the visual elements present in most applications were quite simple. The idea of providing a similar experience on smartphones and tablets akin to that found of desktops and laptops led to the adoption of a distributed architecture like what’s found on personal computers. So now, we have the SOC with a CPU and GPU on a single chip. Now, the entire graphical workload can be offloaded onto the GPU.

Mobile phone and tablet batteries have come a long way since it’s inception. From being the bulk of the mass of an ordinary phone back in the 90’s to being one of the lightest components these days. However, phones have gotten a tad light too and even now the battery can be said to be roughly half the phone’s weight.

Now that we’ve discussed the hardware that goes inside a mobile and a tablet, let us now discuss the software that runs on these devices. This section will detail the operating systems and application ecosystems associated with them along with the customization options available for various devices.

So you’ve bought a new smartphone or tablet or phablet, it doesn’t matter whether its a budget phone or the top of the line model currently available, proper care must always be taken for your phone. Also, plunking down thousands upon thousands of rupees for a great phone and then using almost crappy accessories does not do justice to your initial investment. It’s almost to the point that these essential accessories are now being bundled along with the phone in the packaging or the re-seller might do it to garner more sales. This doesn’t mean that you might be getting the best deal for your moolah. You might have to invest a bit more to ensure a better experience. Here are some accessories that we believe are absolutely essential for your new phone.

Laptops – the workhorses of our generation

The laptop is perhaps the least hyped of all mobile devices. This compact machine has already established itself as an icon of on-the-go productivity. You want to program? Do it on a laptop. Want to edit multimedia? You can do that as well. Be it work, entertainment or communication the laptop is your man Friday. It’s your entire PC in a portable format. You have no shortage of screen space and no shortage of applications for sure. Additionally, you have sufficient storage to host your entire music collection and quite a number of videos to entertain you while travelling.

Operating systems and software for laptops doesn’t differ in any respect from OSes and application for desktops. Though the recent spate of convertible laptops to hit the market has blurred the distinction between a laptop and a tablet. This can be in a large part attributed to Microsoft which has lead the convertibles bandwagon with Surface, where it wanted to entice both the laptop and tablet users to gravitate towards their platform. In this section we’ll be discussing the operating systems that run on laptops.

If you use your Laptop for gaming or put a lot of computational load on it, a cooling pad is an inevitable accessory. While not a very portable accessory, it is helpful when demands are high and you have to push the machine to its limits. In most cases you wouldn’t need it when you are just browsing the web or working on documents or sheets but when you are gaming or using graphics/design software, it’s better to use them than not.

In a post-PC era, the consumer is spoilt for choices in terms of a device’s operating system. About a decade ago, when a laptop was all that constituted as a portable computing device, we had limited choice of which platform to hop on -- Microsoft’s Windows, Apple’s Macintosh or no one’s in particular Linux. Unhappy with Windows Vista? Erase it and go back to Windows XP. Want to experience the Windows ecosystem on your Intel-powered iMac or MacBook? Easy peasy, just go to Mac OS X’s built-in Boot Camp utility and you can dual-boot your Mac with Windows. Bored with either of the two? Linux, championing the cause of open-source, is always available -- for free -- and with an assortment of flavours.