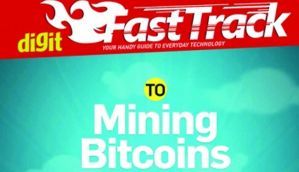 Who could have predicted ten years ago that a virtual currency system designed by an anonymous figure from the internet would suddenly become an issue for international economies? Well, we tried our best but as 2013 demonstrated, Bitcoin and the world of virtual currencies are a roller coaster ride of the unpredictable. As newspapers the world over start carrying stories about Bitcoin and moving them from the technology pages to the finance pages, many people across the globe wait for Bitcoin to become truly mainstream. Even Indian innovators are showing interest in the Bitcoin phenomenon and attempting to bring it to the common consumer. However, faced with government restrictions and murkiness about how the Bitcoin system works they are faced with many obstacles.

An introduction to the concept of currency

Bitcoin is perhaps one of the most exciting innovations of the modern digital age. But before we dive deep in to the notorious world of this digital crypto-currency let us sort through the necessary fundamentals of the world it is prophesied to change - currency.

We now take a look at Bitcoin - its origins, history and its supposed promise of liberty in the digital age.

The time is ripe to mine Bitcoins! While the statement would’ve been more accurate had it been said two years ago, it still is a good time to start mining. Now if you don’t understand what mining is then the most simple way to put it would be that it is one of the ways of obtaining Bitcoins and its variants i.e. Litecoins and Dogecoins. Anyone with a computer can mine Bitcoins, the process is that simple. You only need a client and you have to let it run continously for a while till you start generating coins. Or so we may think, but little did you know that with each waking moment the Bitcoin mining process keeps on becoming incrementally more difficult. So the more time you take to get in on the action the lesser of a profit you’ll be able to make.

We don’t really have to say that something which appreciated in value by approximately 850% over the last six months is one of the best investments you can get into. However, the valuation of Bitcoins has gone up and down like a roller coaster ride over the same period. Very similar to a stock market this commodity has had severe ups and downs with the worst in recent times being a drop of 61% If you wish to picture that in your mind then think of Wiley E. Coyote falling off a cliff. And just like the fantastic Mr. Coyote even Bitcoins have risen just as easily. Bitcoins gained immense publicity last year which was the most well performing year for the currency. Billionaires have arisen and disappeared with the inventor of the cryptocurrency being the first billionaire having a net worth of $1.1Billion. Unfortunately, he isn’t featured on the Forbes list since he is only a billionaire each time the bitcoin exchange rate touches $1000. Also, there is the likely possibility that this person doesn’t exist since the name Satoshi Nakamoto has been hailed as pseudonym.

Accepting Bitcoin payments on your websites

Now that Bitcoin is gaining popularity the time has come to start considering Bitcoins as a mode of payment system for e-commerce. Also since the value of Bitcoin has only gone up since its inception makes it a worthy investment. The current ecosystem is well developed and easily linked to bank accounts while Bitcoins follow an entirely different system altogether. We’ve found some payment gateways that have already been established and a few innovative ways to monetise content.

Bitcoin isn’t the only player on the digital currency playing field. With many imitators and successors already active in the online world the future of digital currencies looks to be safeguarded. We take a look at some of the altcoins that may be serious contenders.

Over the past couple of years the potential of Bitcoin as a virtual currency as well as a trading security have attracted many Indians - both business’ and individuals. The Indian Bitcoin community is estimated to be anywhere between 30,000 to 50,000 people strong and growing. As more and more people begin taking part in this new economy the government has also taken interest and started engaging the community. We will take a look at the current state of the Bitcoin phenomenon in India as well as its potential.

The practical world of Bitcoin is very much like the wild west. No rules, no laws, no protection from the law or support from the community. If you lose in the game, if you’re cheated, if you make an error or have a technical glitch, you’re stuck with the consequences. Since Bitcoin is designed to work outside the legal system and be absolute in its activities Bitcoin users have to look out for their own interests. This process involves having to learn new ways of operating online and participating in the Bitcoin community. This chapter will point out some of the basics involved in self-protection for a regular user.

Future of Bitcoins and alternative Currencies

It is very easy for most people to dismiss Bitcoin as something that is nothing more than a fad. This is not an invalid argument, since history has shown that people can be obsessed with items that promise profit and change but for short periods of time. Be it something as simple as Pokemon trading cards (worth thousands of dollars) or digital gold. But the future of virtual currency has something that no other item in the past has been able to demonstrate - community trust.