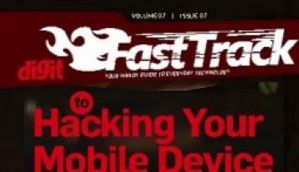 FastTrack To Hacking Your Mobile Device

When you buy a device – whether a smartphone, tablet or even a camera – you buy it to use it to the fullest; to squeeze out every little feature and last drop of performance from it. But not only do you buy a device, in most cases you end up buying into an ideology and culture too. The manufacturer gives you access to its ecosystem and at the same time levies certain restrictions on what you can and can’t do with their device. These restrictions are more part of this ideology, than realistic reasons to limit access. Reasons cited can include security – “it’s for your own good; third party apps will give your device the heebie jeebies”; stability - “if you get superuser access you might end up wrecking the device”; and many many more.

Remember all those decades ago when computers were not a household entity, and we were updating our social lives as opposed to our online profiles? Neither do we. But there was such a time - take our word for it. Over the years, as technology made computer-based devices first available and then mind-bogglingly capable, there was an almost expected by-product to the development - the issue of power struggle. The power struggle between the the provider and the purchaser. Between the device makers and the device users. The corporations were always going to put a leash around powerful features. Maybe they do it for the safety of the device, or maybe it is to stamp their authority.

Why should you Hack?

Hacking, for a long time was thought to be a dark art. Only people with superhuman digital skills were thought to indulge in these practices. That time is almost as old as the dinosaurs. These days, hacking your devices is a piece of cake, maybe even easier. A couple of straightforward clicks, and you’re good to go. Which is why, every regular Joe has flirted with the idea, and the little-less-regular Pete has done it. Hacking today puts everything from small, useful tweaks to a full blown overhaul of the experience, on the platter, and you can take your pick.

Why shouldn’t you Hack?

Because you are not expected to. There – in half a line, the entire gist of the article. And because you are reading beyond that, we infer that you obviously want to know more. That shouldn’t be a problem – that’s exactly what we’re here for! What you need to understand is that when you hack into your device, you are essentially bidding farewell to any form of warranty or authorized support you were entitled to; from now on, the service guys will only try to work their way around your problem, and at any point that they so desire, they may put their hands up and say that they cannot do anything about it. If they deem it so, the product will be declared ‘unusable’ and you might be stranded with a worthless brick of a device. In fact, there is a term for it - ‘bricking’, where your phone’s software has been so badly damaged that it is as useful an electronic device as a brick.

Rooting and custom roms for android

Android is the underlying software that powers a major chunk of all smartphones in the world. Built from ground up by the Open Handset Alliance led by Google, Android was intended to be an open source operating system for mobile devices. This open nature of the platform gave handset manufacturers almost limitless flexibility in the software and allowed them to differentiate their products from each other. Soon OEMs came up with their own take on the OS. (This is why devices from different manufacturers sport a very different look and feel, even though they all run Android).

Apple’s mobile operating system, iOS, powers more than 300 million devices all over the globe and yet you’d rarely hear about any major security threat, malware or virus for the platform in the wild, nor would you have ever heard about an anti-virus software for the iPhone. The reason iOS has been safe from all sorts of malware and viruses is because Apple designed the platform with security at its core, leaving behind baggage from the traditional desktop paradigm of computing. Because Apple had the opportunity to start from scratch with iOS, it abandoned a lot of desktop metaphors people were familiar with. This move did attract the ire of the tech community, but made things a lot easier for the average user.

The latest version of Microsoft’s mobile OS is kind of a mixed bag. Though it got rave reviews for its interface, the platform itself hasn’t been very popular. Even in terms of “hacking” or “jailbreaking” the platform, the results are far from satisfactory. Depending on your device, your jailbreaking experience can be a walk in the park or a painful, almost impossible experience.

Although BlackBerry is generally regarded as a very secure platform (and your company’s IT department’s platform of choice), there are ways to crack the security measures built into BlackBerry devices and gain control of the device, or as Unix geeks would say, gain “root” access. Hacking the BlackBerry isn’t as popular as, say, jailbreaking an iPhone is, presumably due to the large corporate user base of these phones. Hopefully the upcoming BlackBerry 10 OS might just ignite the interest of the hacker community, since it’s largely based on the same OS as the PlayBook, which has already been scrutinized and rooted by hackers.

Considering the fact that symbian has by far not made it into any peculiar list, be that of cool apps and games or developing apps for your OS, you probably might be surprised to see it here. But all’s not lost for this ‘endangered’ OS. You can hack your phone and override the permissions provided by Nokia by either ‘flashing’ your phone, or by using ‘Norton Hack’ method. Besides helping you install loads of apps and games, you can flash or hack your Symbian Belle device to get cool widgets, custom icons, plenty of awesome theme effects and other such things which for reasons known only to Nokia, have not been included their default firmware, or are available in limited numbers on their Store.

Portable Media Players come in a lot of form factors and each with its own set of features, some of which are unique to it. Now, custom firmware allows you to get an ordinary PMP and unleash its hidden potential. It can best be defined as something that levels the playing field. If you thought that your PMP was limited to just the few features it came with out of the box then here are some nifty options for you.

A camera, whether it’s a Point And Shoot or dSLR, is able to take pictures thanks to the combination of hardware and software bundled into the system. When we talk of hardware on a camera it can include a whole bunch of things. The body, the lens, the sensor, the battery and many other things constitute the hardware side. The software part of this system relates to the code that enables you to fiddle around with settings such as exposure, white balance, aperture size etc. Right from the user interface to the algorithms that process the image that the sensor captures is the software. This software layer is not technically an operating system but it does communicate with the underlying hardware.