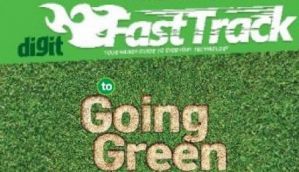 Mankind is slowly waking up to the fact that for our species to thrive we need clean air, drinkable water, and uncontaminated food. At the same time it seems we also need the latest creature comforts – be it your comfortable home, the air conditioning that makes it liveable or the 32-inch LED TV that is vying for your attention as you are reading this book. These symbols of human progress all around you come at a cost. A huge cost to the environment. The challenge we face today is ensuring that we strike a balance between the cost on the environment and the progress or lifestyle improvements mankind craves. Thankfully there has been a change in the mindset someoNe where. Collectively we are making an effort to come up with methods of providing for our endless needs that don’t have as big an adverse impact on the environment as before.

What is green technology?

What are carbon credits?

The whole concept of going green may sound flowery and fairytalelike; unfortunately when reality takes a bite, the whole imagery comes crumbling down. In a world as commercial as the one we live in, personal and financial gains tremendously outweigh the need to make our planet a better place to live. In our quest for monetary gain, we tend to overlook the needs of the planet. After all, whether or not we admit it, the fact is that the whole idea of ‘catering to the greater good’ is just a hobby for some, a myth for most and an ambition for a mere few.

Carbon Footprint is defined as “the amount of carbon dioxide or other carbon compounds emitted into the atmosphere by the activities of an individual, company, country, etc”. This sentence sums up the motive behind the formulation of major policies in evant 100-year global warming potential” but who understands that gibberish. Let’s translate that into layman’s terms. Your carbon footprint is the amount of carbon dioxide (or carbon dioxide equivalent of greenhouse gases) you produce directly or indirectly (we’ll visit the direct and indirect part in just a minute).

Going green seems to be almost a no-brainer, yet many desist from adopting more environmentally friendly practices in everyday life. Still worse, many believe going green might actually be detrimental to their everyday lives, as perpetuated by myths about going ‘green’. We think going green not only makes sense, but will actually be beneficial to you, your surroundings and the society at large. Having said that, here a few commonly held myths and beliefs about going green. By clearing these misconceptions that you might hold, we hope to ease your transition into a green, environmentally friendly lifestyle. Note that not all these myths are intended to coerce you into adopting well accepted ‘green’ practices. Some of these well accepted practices may be causing more harm than good, so you should carefully evaluate your choices before making one.

How to go green?

After going through a lot of theory on going green, carbon credits and similar terms. What a normal individual like you can do, to go green? Can a normal individual like you, do anything, if at all. The answer is yes! We’ve presented several tips in the following pages. Some of them are pretty easy and some of them are pretty hard. But, I think it’s time to look at all of them and get some awareness about what we can do to make this planet sustain longer.

The concept of “buying right” or buying eco friendly products and goods or in our case, gadgets is taking up root in the modern Indian customer. Not clued in yet? Fear not. When you are done with this article, (which admittedly may take a while) you shall be an expert on this subject. Let us start with the obvious.

In today’s day and age, an unfortunate offshoot of consumerism is that tons of products, including gadgets, electronics and other everyday equipment gets discarded on a regular basis. We are constantly on the lookout for better gadgets, faster components, and routinely discard the products that once served us well but now are at the end of their lifecycle and no use to us.

The ‘Bottle Bills’ of the 70’s and the 80’s began what today is called ‘Extended Producer Responsibility (EPR) or also called ‘Product Stewardship’. It started with the soft drink and beer manufacturing companies who had to take the responsibility of their packaging (bottles) and take them back to be reused or recycled. By adding the cost of the product to its entire life cycle and beyond, product designers were forced to bring out products with easily reusable materials or degradable materials which would ultimately make less of a negative impact on the environment.

Why going green may be bad for the environment

The idea is revolting, but true all the same. Yes, through some crazy means of working of this Universe, people turning green might still, in some way, be harming the environment. The reasons are, it turns out, purely psychological.The human race suffers from a rare chronic condition. We are prone to incessantly patting our backs in the event of having committed the slightest act of virtue/kindness/anything that- would-supposedly-up-our-karma. Of course, you realize that the ‘patting on the backs’ was a simile, and might denote anything from a night of unlimited booze, to something much more serious than that.

A lot of multinational companies and superpowers are convinced that the world’s fossil fuels deposits are fast running dry, and a global energy crisis is looming on the horizon. It’s not quite here but experts from a variety of fields agree that its inevitable and only a matter of time. We have no choice but to look for alternative, renewable fuel to take satiate our energy needs. Plenty of research on that front is going on around the world, and here we take a look at interesting green tech examples and projects that can help usher in a brighter future for this planet and its inhabitants in the coming years.

Chronology of the green movement

Going green seems to be a very modern buzzword around. Which is why, it is mostly the upper echelons of the society that are expected to be on the bandwagon, and it is indeed they who are, in whatever capacity, with few exceptions. But let us break that bubble for you – the idea goes way back. The ‘centuries ago’ kind of way back. This might seem absurd, because we’re given to believe that it is only recently that we began to concern ourselves with matters of general benefit, such as the betterment of the Earth, and seems like only yesterday that we figured out the tangible nature of the resources that we so effortlessly put to use.