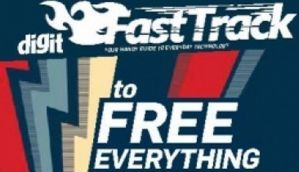 FastTrack To Free Everything

At the risk of perpetuating a stereotype, we must admit, we love free stuff. We, as people, are always on the lookout for deals, freebies, and generally anything that can be acquired without shelling out a Rupee. Sometimes, we will even make a purchase just because we are getting something free with it. This Fast Track is intended to gratify this very... err... basic need. It has been 65 years since India gained independence and in keeping with the theme of Freedom, we decided to show you how you can be a free digital native. So long as you have a hardware device which will get you online (or one that lets you pop in one of our DVDs), it is just a matter of a couple of clicks to get you in touch with the best free stuff.

The origins and culture of free software

Free! Just the thought of getting something you want without shelling out absolutely any cash, is an opportunity not even a millionaire would pass up on. Thanks to the benevolent hackers out there, after a bit of searching the average computer user can download most of software for free (illegally, of course). And we’re dead against it. At the same time several companies release their software online for no charge. So, does all of this count as free software? Well, the answer is both yes and no. It depends on which way you’re looking at it.

Games and free! Two words that seem to be used together nowadays with increasing frequency. It is easier and cheaper now to make games than it ever has been before, and the end result is that there are a plethora of Indie games developed out of love and passion that are available for free. Don’t take this to mean that free games are a new concept, by no stretch of the imagination! Many popular titles such as Doom and Quake were distributed for free, as shareware, a term now lost in history. These games were distributed with a limited level set so players could play a good chunk of the game — often hours of gameplay — for free, and could purchase the rest if they wanted.

Who doesn’t like free stuff? It’s impossible to stop loving free products, even if we’re against piracy. It’s human nature and very natural! Everybody expects good services free of cost, and why shouldn’t we? We’ve already paid or are still paying for the PC system and its maintenance. Obviously this shouldn’t be reason enough to promote and spread piracy. So we want stuff for free legally. And what better way to do that than by enlightening you about the services and software products already available at no cost by default. They fall into the “freeware” category. The term was invented by Andrew Fluegelman – best known for his invention of the shareware business model for software marketing. In 1982, he developed his own software PC-Talk, a very popular and successful communications software, and he marketed it under a system invented by himself called “Freeware”.

Free software has always been the Holy Grail for software enthusiasts everywhere, but this has never been the case for smartphone/ tablet users. As “apps” outpaced applications in demand, it became apparent that compressing everything into a package with only the most wanted features would be the way to go. And really, when you’ve cut away all that heft, why not just offer it for free? Developers have since found ways to profit off of developing free apps for users, but it also created a system where even normal users could develop their own apps.

In general when we compare iPad apps on the Apple App Store with their counterparts on the iPhone, one thing is very clear: the apps for a tablet are more expensive. But lucky for Apple’s policy of maintaining a good proportion of free apps on the store, there are many free apps that cover a range of requirements on the App Store.

From humble beginnings, the web has evolved into a massive, invaluable source of almost all things digital. It’s our primary tool for communication, entertainment, productivity, news and social networks – and it wouldn’t be wrong to call it the fabric that holds our (digital) lives together. What was earlier just a collection f hyperlinked web pages containing static text and images, the web has grown not just in size, but also in capabilities. Web pages used to be meant primarily for reading or viewing content. However, this trend has changed, with the web being used to read, write, listen, watch and create a wide array of digital content.

Be it a student, web-professional, company, hobbyist, artist or a developer; in today’s dotcom led world, everyone needs a website and web-presence. But, renewing your hosting-service service and domain-name every year can be a little heavy on your pockets especially if your sites are not monetising. So, should you not make a website? We would say, you certainly should and if going through all these payments is a problem, we would suggest you to go for some free web-hosting services and free-domain names.

Interdisciplinary education in our country is hardly heard of. After high school, the course structure you choose is pretty much what you’re stuck with till you graduate. So unless you plan to drop out of one course, it’s quite difficult to explore other subjects. For instance, it’s very difficult for an engineering student to take a class in say Sociology or vice versa, because the courses are structured in such way that it leaves the student with no time.

The internet is an amazing place and a powerful resource to find lots of things for free, including tutorials and guides to help you easily learn and build new skills. You just have to know where to look and patiently search through the volumes of data and knowledge sharing out there. In this chapter we will make a list of sites you can search through for specific tutorials and guides to gain access to training in those specific fields.

You must have heard a lot about Open Source technologies by now, so we won’t elaborate much on that. Open source hardware has been a burning topic in the technology world for some time now. According to the dictionary, open source hardware is defined as ‘a hardware device that can be copied, made and sold by anyone without any royalties or payment.’ The device can be copied because the design details are published by the developer so that others can add, delete or modify and then share the changes that they’ve made with the open source community. In other words, the rules of the game are similar to those of open source software.