Computer Science technologies have been sprouting up like wild weed in a rainforest. We now have better computers and faster systems. Along with system performance scientists have managed to boost data storage capacities which have opened up a whole new window of avenues for the computing community. “Cloud Computing” is a buzzword you might have randomly picked up from a geek discussion. You might have heard one of those technology aware people say –“Take it from the cloud.” It is a hardly a recent technology actually, but it’s still one of the most exciting developments in computer science.

The internet is an enabler, and one of the most important things it’s enabled is cloud services. But what are they? Just another fancy term for the internet? No.

Computer Science technologies have been sprouting up like wild weed in a rainforest. We now have better computers and faster systems. Along with system performance scientists have managed to boost data storage capacities which have opened up a whole new window of avenues for the computing community. “Cloud Computing” is a buzzword you might have randomly picked up from a geek discussion. You might have heard one of those technology aware people say –“Take it from the cloud.” It is a hardly a recent technology actually, but it’s still one of the most exciting developments in computer science.

Now, there is the off chance that you’ve never heard of Cloud Computing. If so, you are one of many millions who use cloud computing applications without ever realising it. Cloud Computing doesn’t have one specific definition, mainly because cloud and computing are two very diverse and fuzzy terms. Although for the sake of a concise explanation we can state that Cloud Computing is essentially using any service that makes use of the Internet Network along with any non-native hardware and software, it is hardly a fitting definition. 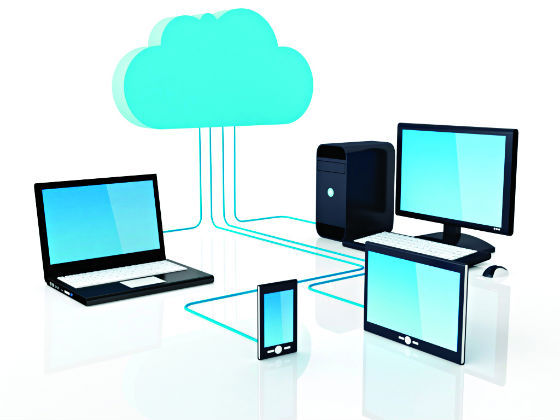 The computer industry is the only industry that is more fashion-driven than women’s fashion”. The above does a more than better job of asserting the computing spread that cloud computing provides. Cloud computing includes some forms of distributed computing which is basically running a program or application on several machines connected to the internet at the same time. But the phrase is more commonly used to describe the practice of utilising a service over a network using software running on a single or multiple machines on the service provider’s side. Let’s, drill this is in using an example. Say you want to run an intensive computer program using only your low end netbook.

You can either spend a small fortune and purchase a supercomputer or make use of a cloud computing platform, port your code and allow it to be processed on the cloud (a set of high end machine + software combinations on the service provider’s side). Post processing you can obtain the results in a few clicks. What you have achieved here is the service of powerful processers that are not physically connected to your system, but are a part of the same network (the Internet, in this case).

The word “Cloud” in cloud computing has an interesting take to it. The fact is “Cloud” Computing is so little understood that an explanation is warranted. A cloud refers to a set of hardware, networks and storage devices with combined capability of providing any useful service. A Cloud is essentially a connected universe of machines, a massive pool-up of resources. So the next time some smart alec tells you to “Get a file from the cloud”, all he’s really saying is, “Download the file from the combined storage arrays of some network that’s accessible over the internet.” The idea is simple. Bring together your computing infrastructure and connect it in a network, allowing a user to access data and applications from any remote location.

The capabilities of the cloud concept are staggering. You can compile, edit and save documents or run entire companies using a cloud computing framework. Take the example of a company with more than a thousand employees. Buying individual workstations might be necessary, but no more does the employer have to purchase multiple software licenses, install them on each PC and monitor the usage to try and prevent piracy, etc. A single application on the system can allow each employee to access any required program hosted on a “cloud” of machines. Cloud Computing is actually shifting user machine workload and dividing it amongst the machines in the cloud network. This reduces requirements on the user side tremendously. All the user has to do then is simply connect to the cloud, run the interfacing program and allow the network to do the rest. The Cloud is revolutionising the computing industry as you read this article.

Cloud Computing frameworks are typically made up of a few general components. There is a back end and front end which needs to connect and communicate. This is usually achieved using the internet, which is really nothing more than the world’s biggest network. The back end as the name suggests is the “not-seen” end of the network, which is essentially the group of machines that form the cloud in question. The front end consists of the client end hardware and software that helps you access the cloud network. Front end client software usually work as independent applications. Back end of the cloud computing framework is made by hardware-like servers, processors etc. The back end will also consist of an array of software that provides the crux of the cloud service. A sample loop of this framework goes like this. A user will access the cloud using a service on his mobile device, PC, tablet, etc.

This will be done using the front end software. Once access is provided the link to the cloud has been set. Now the user can use the cloud service. All the data processing and handling is done by the systems on the back end. The cloud software handles the computing involved and sends the results back through the connection just established. This completes the loop.
Within this loop there are small important components in the cloud computing architecture. For example a central server does the bulk of administration work and takes care of traffic monitoring and resource allocation. Middleware is software that allows machines in the back end network to communicate with each other.

As you must have realised, such a large network of devices must have an optimisation framework in place, else there will be massive idle time, power wastage, etc. There is a hi-fi term called server virtualisation, wherein a physical server is divided into a number of “virtual” servers, each running at maximum capacity. This technique reduces the needed for more physical servers in the cloud computing framework. Cloud computing as a framework is no rocket science. The genius of cloud computing does not lie in its framework but its scale, and the scale is increasing with time as research progresses.

Cloud computing you use
If you have ever attended a tech / geek conference on any computer technology it near impossible to miss out on cloud computing being brought up. Slowly and steadily cloud computing has made its way to mainstream IT and computer science. A recent research study states that almost half of the US’s business enterprises use cloud computing to manage its operations. This is quite a staggering figure and it reinforces the belief that cloud computing deserves to move on from simply being a buzzword and take its rightful place in the limelight.

Although you may not be aware of cloud computing, but you’ve surely heard of Facebook! The Social networking giant makes use of cloud computing to store all of that user data that you and your friends faithfully upload every day. Instagram, otherwise also known as the “I love cats and food” app, uses cloud computing facilities to store millions of photos and process and apply filters as well. Cloud Computing is the tech secret behind how all these apps are able to store data and run software without downtime.

Essentially Cloud Computing has stamped its authority in all industries that require massive computing, storage or data handling. The world of High Performance Computing has greatly benefited due to the cloud computing rise. Scientists can now access supercomputing-like power at hourly rental prices. This gives scientists working in different parts of the country the freedom to run complex scientific simulations, calculations and visualisations, even if advanced and powerful hardware is not at their disposal. Companies requiring Big Data storage and analysis use cloud computing services regularly. This runs down to online retails stores, large retailers, banks, consultancies, etc.

At a smaller, somewhat micro level you have already used the cloud when you read an email, or book a ticket on an online reservation platform. Cloud computing has already taken over your online life.

This large scale expansion of Cloud Computing as a viable platform for computing has been made possible because of the entry of big players. Amazon provides a variety of cloud services ranging from storage to supercomputing time. Google and Microsoft have slowly started invading the scene. Wal-Mart recently entered the market too. Then there are the old war horses such as EMC and IBM which support an array of cloud based technologies. With such companies investmenting, you can safely assume that Cloud Computing is here to stay. 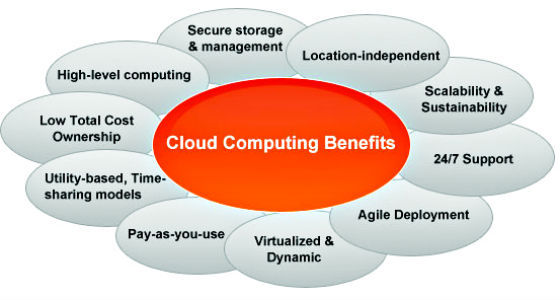 Like any other rapidly advancing technology Cloud Computing has had its own share of drawbacks. Larry Ellison, for example, seems to really have some strong views against cloud computing. He has gone on record to call it gibberish and insane. There have been a few reservations regarding data security and privacy. But Cloud Computing technology has admirably stood its ground. It allows small industries and enterprises to test their operations without high investments. Large companies can adapt to a better framework for their large scale data handling operations. Cloud Computing has opened up avenues in an insane number of fields. It has been the major driving force for the app revolution in the market. It has been a prime enforcer in the rise of medium and small scale computing enterprises. The cloud is growing rapidly. According to estimates the cloud will grow by 130 per cent by 2016, and the Cloud Computing industry will be worth an estimated $150 billion. These are dizzying figures to the say the least. Enough to substantiate that the cloud is a looming force.