Cloud Hosting is the new, scalable and efficient way of hosting your software without having to worry about the hassles involved in server space, downtimes and other niggles. Cloud hosting is about hosting your applications using well-monitored virtual servers in the cloud without any physical space limitations. With cloud hosting, you are free to scale any tier of your technology stack without worrying about the storage or resource usage limit. Cloud hosting is thus more scalable and reliable than traditional hosting.

With cloud computing came scalability and an era of on demand hosting resources. Here we look at some of the players in this space.

Cloud Hosting is the new, scalable and efficient way of hosting your software without having to worry about the hassles involved in server space, downtimes and other niggles. Cloud hosting is about hosting your applications using well-monitored virtual servers in the cloud without any physical space limitations. With cloud hosting, you are free to scale any tier of your technology stack without worrying about the storage or resource usage limit. Cloud hosting is thus more scalable and reliable than traditional hosting.

With Cloud hosting, developers get access to powerful infrastructure of Google, Amazon and other players without having to worry about maintaining and buying their own servers. Cloud Hosting is highly scalable and is gradually getting affordable. If you’re hosting your application on cloud, you don’t have to worry about the storage space limitations, load peaks or high one time costs. The pay per use model also makes it easier to execute pilot projects. Security is a major concern when it comes to cloud hosting.

Even in case of private cloud, it is always suggested that you add your own layers of security on the servers for a highly secure system.
Cloud hosting has three basic service models:

Major concerns while evaluating any cloud hosting service for you should be Auto-Scaling, Scalability, Elastic Storage, Maximum Uptime, Back up, Monitoring, Pricing and usability of the control interface. Support is another criterion if you are a start-up and you don’t have an entire team sitting on for solving hosting and sys admin issues.

By and large, Amazon EC2 is the most popular among start-ups with huge companies such as Netflix, Dropbox etc hosting all their servers with amazon. In this chapter, we discuss some popular cloud hosting service providers and what they have to offer.

Amazon Elastic Compute Cloud is a cloud hosting platform offered by Amazon through Amazon web services. Amazon EC2 provides a basic plan of 0.08$ per hour and is based on IaaS(Infrastructure as a Service) model. It gives you a well laid out Control Panel, an API and both Command line and graphical user interfaces to manage and control your servers. The base plan offers 1.7 GB RAM, 1 EC2 Compute unit and 160GB of local storage with options of both subscription as well as pay as you go payment modes. Amazon EC2 is feature -rich and has 99.9% guaranteed network availability.

It allows you to set custom permissions, privacy settings, advanced firewall and other security features that make it robust and secure. Some security features such as Data Encryption and Intrusion Detection are available but with extra charges applicable. Amazon EC2 has auto scaling and monitoring enabled for free but there is extra charge for load balancing.

Auto Scaling allows you to scale your Amazon EC2 capacities in busy hours and scale down in low demand hours to minimize costs. With monitoring a service called Cloud Watch, you are informed automatically if there is any slow or failing component. With Elastic Block Storage, you need not resize your servers every time you need additional storage space on one instance.

Amazon EC2 support is said to be not that robust. But in spite of and a few recent instances of outages, Amazon is still one of most preferred choices when it comes to cloud hosting.

www.rackspace.com/cloud/ Other than Amazon, there are numerous player in this market, who could be collectively clubbed as “others”, but Rackspace has still made it possible to standout and be a preferred service for lots of companies. RackSpace is built on the OpenStack cloud computing platform which allows users flexibility and more freedom as its open-source. RackSpace tool is an IaaS based service and has almost 99.9% uptime. 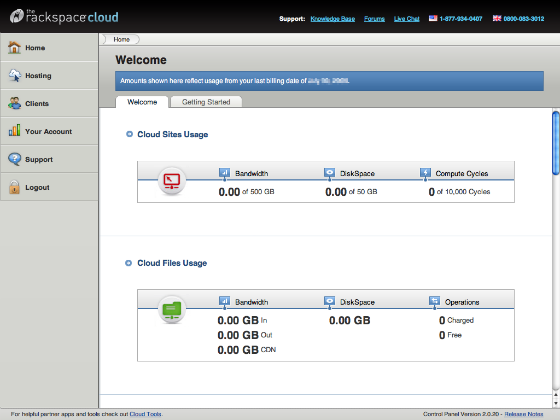 RackSpace also has live chat support which the big guys don’t seem to have. Price-wise Rackspace is cheaper for low-end server instances which often may be all that you need for your application. Also, taking backups is easier with RackSpace with just few clicks from their web interface.

Rackspace also has the distinction of operating with standard terminology – servers are servers and not instances, backup is simply a backup not “snapshot”. This makes things easy for those new to cloud hosting.

https://appengine.google.com/ Google App Engine is the Platform As a Service (PaaS) offering of Google using which you can host your application on Google servers, essentially on the cloud. Google App Engine gives you access to Google APIs and more importantly, it is free upto a certain level of consumed resources.

With Google App Engine, developers get access to Google’s own powerful infrastructure. One plus of GAE is that it provides Google Cloud SQL, a relational database based on MySQL. GAE is great for small companies and hobbyists.

Luna Cloud is another startup focussed Cloud Hosting vendor which has come up in competition to Amazon and RackSpace. Luna Cloud’s official website gives a direct comparison between Luna Cloud, Amazon and RackSpace. Luna Cloud aims at startups and smaller companies who need short term services for their pilot projects. They do this by simplifying long term contracts, resulting in a 20-30% less costs when compared to the bigger players. 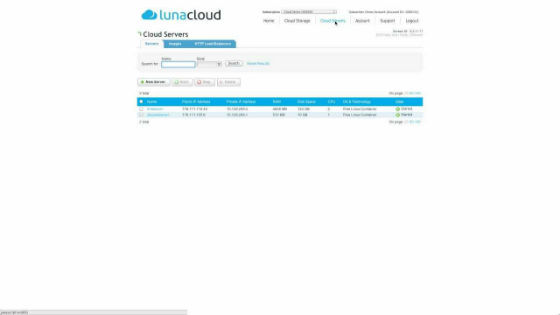 One of the best features of Luna Cloud is that it allows you to resize servers without having to reboot each time. They also claim a minimum time of eight seconds for setting up a server.
Luna Cloud is an upcoming service and it will take consistent innovation for the company to stay ahead in the cloud hosting wars.

https://cloud.google.com/products/compute-engine Google Compute Engine is the recently launched IaaS offering from Google. It introduced sub-hour pricing which means that now users don’t have to buy a full hour of a server but just a minimum of 10-minute slot for instances. 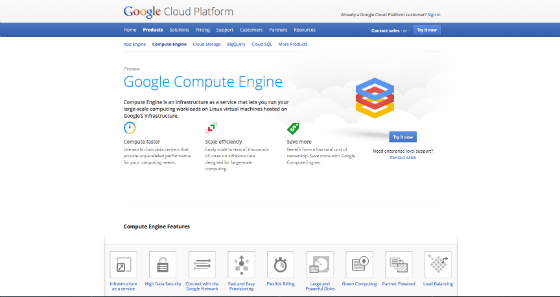 Users don’t have to buy a whole hour of an instance, but can buy instances by the minute with a 10-minute minimum which is very useful for small developers. GCE also allows shared core instances for low workloads and provides persistent disks that support up to 10TB per volume which is way more than industry standard. GCE is reliable, fast and has amazingly fast server launch times. GCE comes with a great command line utility which makes it easier to do tiresome actions in just one command. It also gives user level access to each server and has secure firewall rules.

Though Amazon has been in IaaS domain since long, GCE seems to be one real competitor. It has exceptional performance and infrastructure that runs mass scale apps such as Gmail.

Microsoft is another player in this cloud hosting war. Azure is Microsoft’s IaaS offering which allows adding virtual machines and almost all capabilities of a IaaS set up.
With Windows 8 modern Interface, Azure Interface is neat and intuitive. It supports Linux along with iOS and Android, which is great and the entire interface is lightweight and loads fast. It offers various useful integration with great apps especially Hadoop, PhoneGap etc. Azure provides infrastructure with pre-compatibility built in with other Microsoft technologies such as .Net Framework etc. Azure has been improving continuously since its inception and has seen significant price drops. 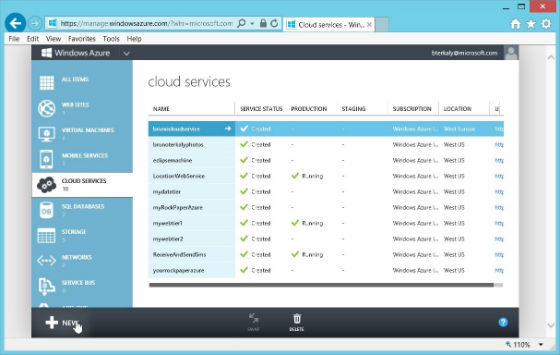 We leave you with a wide range of options for hosting your application on Cloud. Since it’s slightly complicated to host servers efficiently and securely, we suggest that you take some time to try these services before choosing one outright and setting up your entire back-end. Some of these services have vendor lock-in syndrome, meaning that it is difficult to switch to another cloud hosting service provider once you’re using one. However great the abstraction is, there is still some intrusion of each specific vendor in how your application is set up.