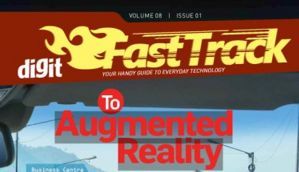 Given that exquisite premise by Mr. Einstein, consider this for a moment: what would happen if you add to that illusion? Would the result be more illusory or more real? Before our minds implode under the weight of the conundrum, let’s get down to what we want to talk about – Augmented Reality. Augmented reality (AR) is the altering your perception of the world by wrapping a layer around reality. A layer of augmentation. They say reality is a hard pill to swallow. So how about reality served with a sugar coating of information? Augmented Reality can help in multiple ways – provide critical information about your surroundings, give you your personal babel fish, help soldiers survive wars better, help law enforcement officials catch criminals, avoid car accidents, train surgeons, and much more. But AR is not just about this, it can be fun too! Yep it has limitless possibilities in gaming This FastTrack will take you into the world of Augmented Reality on a magic carpet ride of sorts.

We live in a world where distinguishing between fact and fiction is increasingly becoming difficult. In fact the lines are blurring so much that “reality” is a saleable product now. Don’t believe us? Look around you - heard of a little concept called Reality TV? An entertainment sham that people buy into irrespective of whether there is any semblance of reality in what is being watched. But of course we digress. When focusing on reality in technology, there are a few occasions where your reality is blurred. Everytime you play a game for instance. You get so immersed in the game that your surroundings dissolve, you almost enter that virtual world and when someone calls out for you from the “real” world you return to it with a jolt. Almost resultantly, if we might add. There are technologies out there that blur your reality at varying levels. Some embellish what you experience while some completely immerse you into an alternate reality. Augmented reality is just one of those realities at sale.

Notable archievements in this space

Augmented Reality dates back to the 1950s when Morton Heilig, Father of Virtual Reality, invented the Sensorama Stimulator. He dubbed it the “Experience Theater”. The idea behind it was to simulate an experience with visuals, sound, vibration, and smell, without actually being subjected to the “possible hazards of particular situations”. It was designed as a cinematic experience: it blew wind at you, vibrated the seat you sat on, played sounds to your eyes and projected a form of a stereoscopic 3D environment to the front and sides of your head; kind of like those 5D movies that we watch in theaters today. However, it was a mechanical device shaped like an arcade machine from the 80s. Oddly enough in retrospect, the project didn’t get financial backing. The first augmented reality head-mounted display system was invented by Ivan Sutherland in 1968. The device was too heavy-to-handle and was hung suspended from the ceiling and very appropriately called The Sword of Damocles.

Technology usually evolves through two pathways – someone “builds” a new technology out of necessity to solve a particular problem, or someone “discovers” an existing technology and finds ways in which it can be used to solve new problems (which the original technology may not have been designed for). Augmented Reality (AR) is one field that owes its evolution to both aspects equally. As new information demands emerged, new ways of adding information to reality were found. Each passing day sees an increasing number of applications of augmented reality, and its potential seems endless. In this chapter, we show you how AR is already modifying our lives in some key areas, and what to expect in the coming years.

As you have probably figured out by now, Augmented Reality depends a great deal on the hardware. In fact you may even say it’s vital to its existence. In this chapter we will introduce you to the tools of the trade, the machinery which together will shape the way we will perceive our world in the future.

The magic behind the science

The past few thousand words were dedicated to tell you about the hardware that’s used in AR. Before that we have been talking about the needs, significance and history of AR. We even talked about the different ways in which AR is implemented. It would have become obvious to you that the technology is not simple. At various levels, we are in need of different techniques to achieve the goal. In the following few pages, we talk about the technologies that bind together the various parts to produce the mesmerizing effects of AR. We would go through each type one after another.

Augmented Reality apps have been available for smartphones and tablets for quite a while now. By using your device’s camera, GPS and other sensors, the image through your camera is overlaid with additional bits of information. Below are a few AR apps that you’d like to check out.

Coding for ar – an introduction

AR is magic to some, but magicians know that all magic is science. In this chapter we introduce you to the wands which build a magical layer on top of reality.