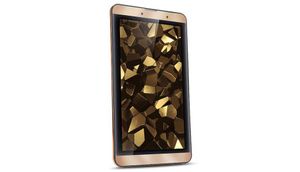 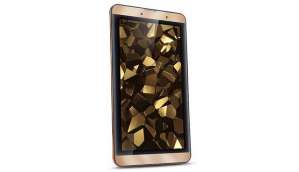 iBall Slide Snap 4G2 is a budget tablet that comes with 4G connectivity via SIM, which can be considered the highlight of the device, according to the price. It sports a 7 inch TFT LCD Capacitive touch display with 1024 x 600 pixels resolution and 169 ppi pixel density. The display size and features are good enough for viewing photos, watching movies, reading e-books or browsing web. It runs Android Lollipop 5.0 OS and is powered by 1.2 GHz quad-core

Mediatek processor with 2 GB RAM and 16GB internal memory which is expandable upto 32GB via micro SD card. On the camera front, it comes with a 5MP rear camera with features like Autofocus, LED Flash and video recording. A 2MP front facing camera with LED Flash is also available for selfies and video calling.
The connectivity options available on iBall Slide Snap 4G2 other than 4G are 3G, Wi-Fi 802.11 b/g/n, Micro-USB, GPS, Bluetooth, voice calling and USB OTG. 4G provides ensures superfast internet connectivity which is 10 times faster than current 3G network speeds. The device incorporates Mali 400 Graphics processor, is backed by a 3500mAh battery and comes with Dual SIM slots. It is preloaded with support for 21 regional languages, sports an FM radio with recording feature, call recording feature and comes with built-in earpiece and receiver, removing the need for using a headset for voice calls. The device also has a Y-cable which allows the users to charge the device as well as connect a USB-enabled device simultaneously. It also comes preloaded with Office suite of apps including Microsoft Word, Excel, and PowerPoint and some GameLoft games such as All Star Cricket Free, Asphalt Nitro, Bubble Bash 3, Motocross: Trial Extreme, and Spider-Man: Ultimate Power.
read more