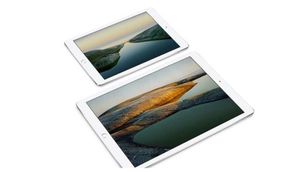 After the Apple iPhone, it is now rumoured that Apple is getting ready for the Launch of ipad Pro 2, although there is a possibility that it might be called something else. It is expected to launch in March 2017 but all we know as of now about iPad Pro 2 are just rumours. It is being assumed that although the new iPad Pro will look like its predecessor but will be slimmer and lighter. It will include a faster

display technology that allows for smoother zooming, panning and scrolling. Apple iPad Pro 2 will come in 3 varaints- a 12.9-inch Pro, a 9.7-inch Pro and a new 10.5-inch Pro and they will run different processors, A10X chipset for the 12.9 inch and 10.5 inch while the 9.7 inch will likely run on A9X. The 10.5 and 12.9 versions will be high end and will cater to the business and education sectors.

Another rumour is that, this device will be available in Rose Gold colour, as in the case with most of Apple's products now. Apple Pencil, the optional stylus which works with only select apps on the iPad Pro models is also being worked upon for better support into iOS. The device will be water and dust resistant and will carry a 64GB base memory rather than 32GB. Also being said is that the new device would use a USB-C connection as a replacement to the headphone jack, will have Quad-speakers and a Smart Keyboard setup.

Apple could launch the iPad Mini Pro this year with an 8.7-inch display

Over the last few years, Apple has unveiled new iPad models in the month of March. In 2018, it was the 9.7-inch iPad with the A10 Fusion chip. The iPad Air with A12 Bionic chip...

Apple has done an incredible job with its new M1-powered Macs, and they are off to be a flourishing start. In fact, the M1-powered machines are so good that people can't wait to see what...

The Microsoft Surface Pro 7+ comes with minor changes in its design, but the internals see a decent refresh. The device comes with changes like an upgraded CPU, expandable storage, and an LTE variant in...

Apple is rumoured to launch the iPad 8th Gen's (launched in 2020) successor early next year. A new leak claims that Apple will be selling the next iteration of its entry-level iPad at a cheaper price...