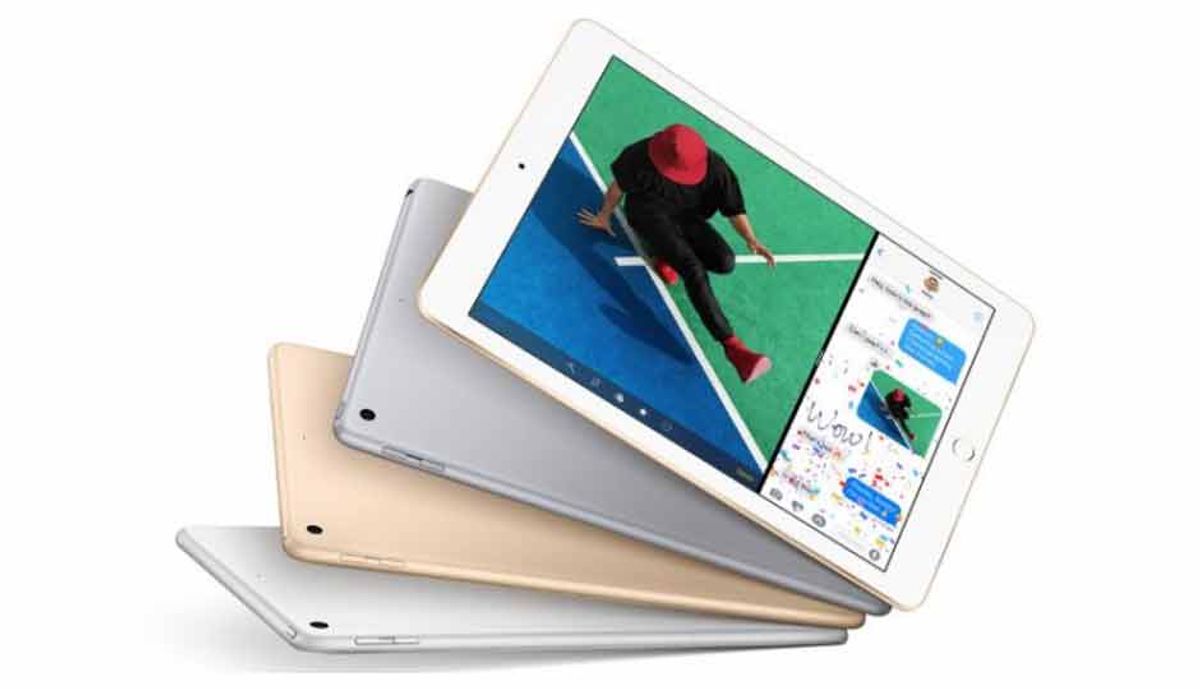 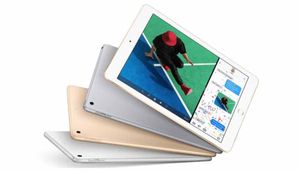 Apple has launched a new iPad, which is almost the same as iPad Air 2 with a few minor changes. Apple iPad 2017 is powered by A9 processor instead of A8X in Air 2 and has a larger 32.4Wh battery in comparison to the 27.62Wh one. It is also slightly thicker at 7.5mm versus the 6.1mm of the Air 2. It sports a 9.7-inch IPS LCD Multi touch Retina display with 1536 x 2048 pixels resolution, 294 ppi pixel density, Scratch-resistant glass and fingerprint resistant oleophobic coating. The tablet is powered by a 1.84GHz Dual-core A9 processor with 2 GB of RAM. Connectivity options available are 4G/3G via Nano SIM, GPS, Bluetooth, WiFi and USB.

Apple iPad 2017 has an 8 MP rear camera with features like f/2.4 aperture, autofocus, HDR, panorama, Auto image stabilization, Hybrid IR ﬁlter, 1080 @30fps video recording and also a slow-mo video at 120 fps. a A 1.2 MP front camera is available for Face time. It incorporates a 8610 mAh battery that delivers 10 hours of surfing the web on Wi-Fi, watching video, or listening to music and up to 9 hours of surfing the web using cellular data network. The sensors built into the device are Three axis Gyro sensor, Accelerometer, Barometer, Ambient Light sensor ad a Fingerprint sensor built into the home button. It comes in two internal memory variants: 32GB and 128GB. The device is available in Space Gray, Silver and Gold colors.

Nokia’s latest affordable Android tablet is now available in India, and offers a number of notable features at its relatively afforadable price tag. The Nokia T20 Android tablet has a starting price of Rs 15,499 for the 3GB...

Apple iPad (9th gen) and iPad Mini have officially launched in India. The iPad gets the A13 Bionic chip, a 12MP ultra-wide front-facing camera with Centre Stage and more. Meanwhile, the iPad Mini has been...

Microsoft's Surface Go tablet range has been one of the more unique offerings in the tablet space, and it looks like the company is all set to bring the next unit in the series, the...

Samsung has launched its Galaxy Tab S7 FE Wi-Fi tablet in India. The massively powered tablet is priced at Rs. 41,999 and is available on Amazon India and on Samsung’s official website. This device, with...