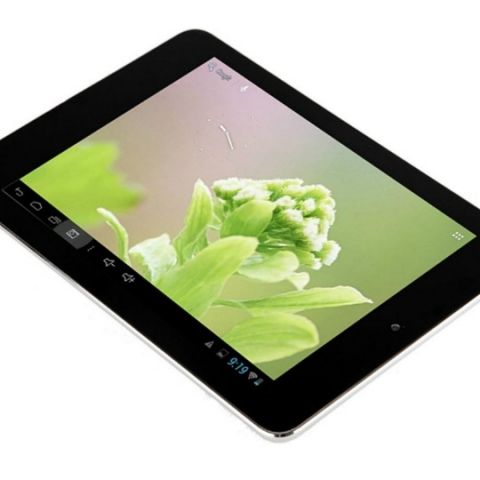 If you are looking for a tablet in the Rs. 10,000-15,000 price bracket, you can consider the Zync Quad 8. It has a good display and a fantastic build, is a capable multimedia consumption device, runs apps well, has good multitasking capabilities, apart from a decent battery life. On the downside the audio output isn't the best and you'll have to contend with the occasional random crashes and reboots which many budget tablets are prone to.

Budget tablets between the Rs. 10,000 to Rs. 15,000 price point are a dime a dozen, and it is very hard to distinguish the good products from such a homogenous crowd. We have tablets like the Videocon VT10, Spice Stellar Pad, iBall Slide Edu, HCL Me Y3, Ira Icon HD and more in this price bracket.

Some of these products are good performers; others have a good display and some even boast of dual-SIM capabilities. But being budget devices, they all compromise on some features to maintain the affordable price point.

Today, we have with us the Zync Quad 8. Zync as a tablet and smartphone maker in India has given us some good products like the Zync Z1000 and more and some really frustrating devices such as the Zync Dual 7. How does the Quad 8 perform? Read on to find out!

At a Glance
At a first glance, the Zync Quad 8 looks like your run of the mill Android tablet. Now, most tablets either opt for a 7-inch form factor or a 10-inch form factor. There are very few devices that dare to try something in between. The Zync Quad 8 is one device that does so, with an 8-inch 1024x768 pixel 160 ppi display. It runs on Android 4.1 Jelly Bean and has a quad-core processor under its belly. Here is a quick look at how the specifications of the Zync Quad 8 stand against the competition.

As you can see from the table, the specifications on offer with the Zync Quad 8 are at par when compared to the competition. It brings with it an ‘octa-core, Mali-400’ GPU which we will put to the test.

Design
There are two things that you will notice the minute you pick up the Zync Quad 8. The first is that it feels heavy in one’s hands even though it weighs a reasonable 471 grams. The second is that it is extremely well built.

In terms of connectivity options, you have the microUSB port, HDMI-out and the memory card slot at the bottom (when held in portrait mode). The top of the tablet (in portrait mode) has the power button and the headphones jack whereas the right of the Zync Quad 8 has the volume rocker.

Overall the design of the tablet is quite good and its build is premium. You wont think this is a budget tablet when you have the device in your hands. It may be slightly heavy for some and that isn’t necessarily a bad thing.

UI and Interface
The Zync Quad 8 runs on Android 4.1 Jelly Bean and there is no information whether the device will be upgradable to Android 4.2 Jelly Bean. The rest of the interface is stock Android. You have access to five customizable home screens with the notifications housed at the bottom right corner of the display. The left has the standard back, home and multitasking buttons along with a button to take screen shots and control the volume. The rest of the UI and interface is standard Android.

Performance
Despite being a budget tablet, the tablet boasts of some impressive capabilities. Do they translate from paper to real world usage?

Let us get the worst out of the way. The GFX Bench and the SmartBench benchmark didn’t run on the tablet, which is a bummer. In the benchmarks that did run, the tablet performed quite well. In the AnTuTu and NenaMark2 benchmarks, it performed the best among its peers. In the other benchmarks, there are other devices that performed better than the Zync Quad 8.

Moving on to real world performance of the Zync Quad 8, let us start with touchscreen of the tablet. It is quite smooth. We did see the occasional stutter in regular use, but apart from that the repose of the touchscreen is very smooth. The keyboard deserves some special mention here. In landscape mode it is very comfortable to type on the keyboard and the touch is very responsive. The added inch on the display does help with the layout of the keyboard as well as the spacing of the keys. Portrait mode may not be the most comfortable to type on but then again, on a tablet most of the typing is done in landscape mode.

The Zync Quad 8 played all the videos we threw at it with absolute ease be it MKV, MP4 or AVI both SD and HD. Navigating the timeline of the videos was smooth. The colour representation was crisp but the overall brightness of the display was a bit low. We have seen tablets with brighter displays. Even though the viewing angles and the overall viewing experience are nice under a controlled lighting, it isn’t the best under direct sunlight. The audio output from the speakers when watching the videos too is lower than we’d like.

Since the Zync Quad 8 boasts of a octa-core GPU, we were really hoping that Real Racing 3 would run on the Zync Quad 8. The good news is that the game downloaded and ran. The first time start-up took nearly five minutes but once that was done, the game ran very well. The performance was smooth and only when there were too many cars on screen, did the game lag a bit. Otherwise the performance of the game was really good. Dead Trigger too ran quite well on the tablet without any hiccups. Yes, you face the occasional lag when the screen is full of zombies, but apart from that the game ran quite well.

In our continuous video playback test, the Zync Quad 8 ran for 8 hours, which is quite good. We ran a 720p MP4 HD movie on the tablet on loop. The brightness and audio was kept at max and the Wi-Fi was left on.

Bottom Line
If you are looking for a tablet in the Rs. 10-15k price bracket, you can consider the Zync Quad 8. It has a good display, fantastic build for consuming multimedia content, runs apps well, and has good multitasking capabilities and a decent battery life. On the downside the audio output isn’t the best and you’ll have to contend with the occasional random crashes and reboots which many budget tablets are prone to.