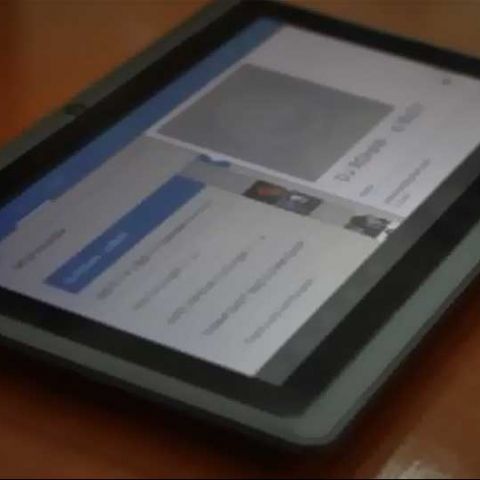 The Zen Ultratab A100 is a device that is sleek, well built, has good power under the hood, but its performance is a mixed bag. The device got through the basics okay, but wasn't the best when it came to multitasking especially when you want to switch between apps, despite all the apps running smoothly. If you are in the market to spend around Rs. 6,500 on a tablet we suggest you take a look at the Micromax Funbook and the iBerry Auxus AX02 before making your buying decision.

Budget tablets are all the rage these days especially since they run on Google’s latest (well almost) Ice Cream Sandwich OS, pack a punch under the hood and are turning out to be overall value for money devices, especially if you are testing the waters with your first tablet.

The Rs. 10,000 price range has seen some successful offerings from the likes of Zync, iBerry, Reliance, iBall and Beetel to name a few.

Today we have with us the Zen Ultratab A100 priced at Rs. 6,199. Does it compromise on too many features to maintain a lower price point or have we finally seen a game-changing device?

Design and Build
Straight out of the box, the device has quite a slim form factor measuring at 10.5mm thin. The device is quite light too at 295 grams. The rear of the device has a black matte finish which makes the device resistant to fingerprint and dust.

In terms of connectivity options, the device has the micro USB port, DC power port, and the power button on the top (when held in landscape mode). To the right of the device we have the headphones jack along with the volume rocker and the microSD card slot. The device compromises on the rear camera but has a 1.3MP front-facing camera.

All-in-all, the device is definitely well built considering the price point. It feels light and sturdy in one’s hands and has a good overall build.

Features and Specifications
On paper the specifications of the device are similar to the Micromax Funbook. The device is powered by a 1.2GHz processor, has 512MB of RAM, 4GB built-in storage and runs on Google Android 4.0 ICS. It also has a 1.3MP front facing camera. The display is 7-inches with a resolution of 480x800.

The device however compromises on a SIM card slot, Bluetooth and GPS, which are disappointments, but you can connect a 3G USB dongle to the device. It doesn't house a full sized USB port but comes with a convertor. This is ergonomically inconvenient but gets the job done nonetheless. The device has a 2800 mAh battery.

Overall, the specifications of the device are nothing impressive when compared to what is already available in the market.

The Zen Ultratab A100 does come with quite a few pre-loaded apps such as Astrology, BSE/NSE, Documents to Go, Dictionary, Horoscope, Bollywood, nexGTv, and a few preloaded games.

You also have the Google Play store, so you get access to the thousands of apps available there.

Performance
This is where we hoped the device would show some superiority when compared to the Micromax Funbook but we were left a tad disappointed.

The graphs below give a quick benchmark comparison between the two devices.

In all the benchmark scores, the device fell short when compared to the Funbook. Even though the benchmark scores aren’t drastically different between the two devices, the real world performance varies quite a bit. The Funbook is a bit snappier than the Zen Ultratab A100.

Videos ran very smoothly on the Zen Ultratab A100. It played everything we threw at it from MP4 to MOV and even MKV files. No hiccups. Travelling on the timeline of the videos was smooth as well, and the device didn't face any lag.

The performance of the onscreen keyboard was good to type on. The experience want exceptional but it wasn't bad either.

The overall performance of the display however wasn't the best. The viewing angles are low, and it is susceptible to glare quite easily. The preloaded skin on the device made the performance laggy. The performance isn’t so bad that you will tear your hair out but it does hamper the overall experience nonetheless. Installing the Nova Launcher for ICS made some difference.

Games ran quite smoothly on the device. Angry Birds Space, Temple Run and Amazing Alex all ran quite well, without any hiccups.

Browsing the Internet on the device too was a mixed experience. The websites loaded quickly enough but the navigation was troublesome due to the laggy nature of the device.

The display is the standard 7-inch screen with a resolution of 480 x 800 it gets the job done and is at par with the competition.

Bottom Line
The Zen Ultratab A100 is a device that is sleek, well built, has good power under the hood, but its performance is a mixed bag. The device got through the basics okay, but wasn't the best when it came to multitasking especially when you want to switch between apps, despite all the apps running smoothly. If you are in the market to spend around Rs. 6,500 on a tablet we suggest you take a look at the Micromax Funbook and the iBerry Auxus AX02 before making your buying decision.