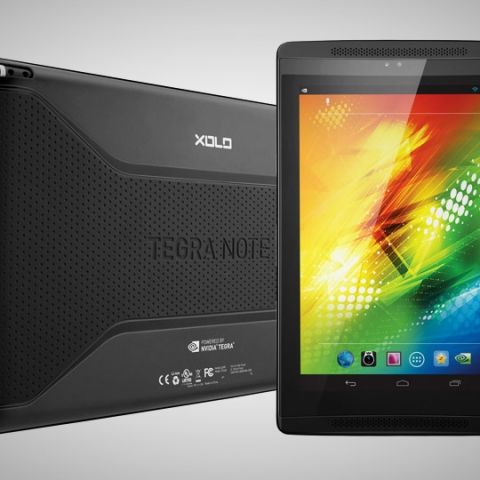 The XOLO Play Tegra Note Tab is one of the best tablets we’ve seen especially in this price range and will make a great buy.

Of course, as we’ve mentioned often, synthetic benchmarks aren’t the best way to measure how a device will actually perform in real-life. Well, the Tegra Note also manages great performance when it comes to daily use. The overall performance while navigating the interface, browsing the Web and running apps is smooth, brisk and left nothing for me to complain about.
Battery life is very good and the tablet lasted for ten hours in our continuous video playback test where we ran a 720p video with the brightness set to max and the Wi-Fi on. This would translate to about 15-20 hours of normal use which includes a little gaming, browsing and running apps. Since the Tegra Note is supposed to be a gaming tablet, it’s only appropriate (and quite impressive) that it will give you about 4 hours of continuous gaming on a single charge.
Well, let’s get down to the gaming performance then, shall we? I tried out a bunch of games on the Tegra Note including Real Racing 3, Asphalt 8: Airborne, Dead Trigger 2, Dead on Arrival 2, Zen Pinball HD and Eden to Green. In Dead Trigger 2, the presence of the Tegra 4 chipset was felt when it gave the option of ‘Ultra High’ graphics in the ‘Performance’ tab, whereas in the Nexus 4 and Nexus 5, the maximum setting for graphics was ‘High’. There is a visible difference between the two settings as you’ll notice in the screenshots below. Unfortunately, at ‘Ultra High’, there were some noticeable drops in framerates when the screen got too cluttered with zombies. In all the other games, performance was great except for in the case of Asphalt 8, where the game kept recognizing the tablet as a controller and as a result couldn't be played.

Dead Trigger 2 on the Tegra Note (top) and the Nexus 5 (bottom). Notice the difference in textures and the presence of reflective water (bottom right) in the top screenshot and the absence of it in the bottom one.
The Tegra Note comes with a third-party app that works as the default camera app. It offers more features than the default Android camera app but is wasted on a pretty average camera. Like other tablet cameras, this one is horrible under low-light and just about average under good lighting. The video recording, on the other hand, is quite good and the 1080p videos shot by the 5MP camera look good and the playback has no frame-rate issues.
The default camera app
The Bottomline
The XOLO Play Tegra Note tablet is available from today for Rs. 17,999, which frankly is a killer price for a tablet that does so many things well. At this price, the only real competition the Tegra Note gets is from the Nexus 7 (2013) that's now being sold in India directly by Google for Rs. 20,999 (16GB). If the display and overall design and feel is paramount, then we’d recommend the new Nexus 7. However, where the XOLO tab scores is its performance, some neat additional features (such as the stylus and the Tegra Zone access) and the ability to accept microSD cards. Which of the two sound more attractive is a decision I will leave to you. Just know that buying either of the two will be a great decision.
To sum it up, the XOLO Play Tegra Note Tab (oh god, that name again!) is one of the best tablets we’ve seen especially in this price range and will make a great buy.