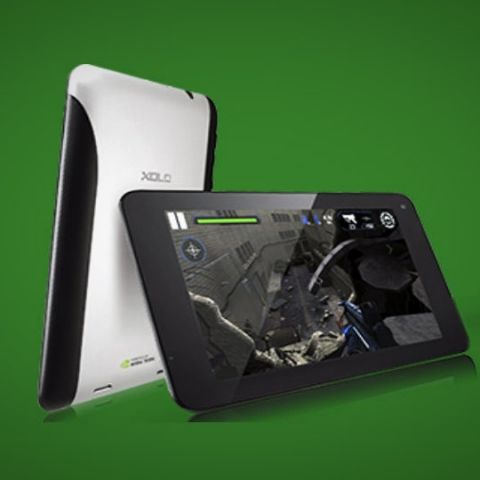 Xolo is a company that has impressed us with its smartphone lineup. We have seen devices such as the X1000, Q1000S, Q700 and more that are value for money devices. Xolo also launched the Play T1000, a smartphone that runs on the Tegra 3 chipset. Today we have with us the Xolo Play Tab. The device has a 7-inch display and runs on the Tegra 3 chipset. Is it a generation too late?

At a glance
Starting with the specifications, the Xolo Play Tab has a 7-inch display with a resolution of 1280x800 pixels giving it a pixel density of 216ppi. It is powered by the Tegra 3 chipset with the quad-core CPU clocked at 1.2GHz along with 1GB of RAM. The device has 8GB built-in storage expandable via a microSD card. It compromises on a rear camera but houses 2MP front facing camera. A 4000mAh battery powers the package.

Here is a quick look to see where the Xolo Play Tab stands against the competition, which includes the Zync Quad 8, Nexus 7 first gen, Simmtronics Xpad mini, and the iberry Auxus CoreX4 3G.

Design
The face of the tablet has the front facing camera placed above the display. The rear has a dual tone black and grey finish. The rear of the tablet doesn’t have a great finish, but it isn’t bad either. The black panel, which runs down the sides of the back is textured and adds to the grip.

The left of the device has the power button and the volume rocker and they feel really cheap. The top has the headphones jack, microUSB port and the microSD card slot. Coming back to the rear, there are two speakers that are housed at the bottom.

The overall build of the tablet can be summarized as average at best. The dual colour tone finish is nice but the tablet does feel like a budget device.

UI and Interface
The Xolo Play Tab has a stock Android interface. It has the Xolo Power app and warranty registration found on all other Xolo devices. There is a TegraZone app on the device and you have access to a large library of games here. Apart from that, the UI is pretty much stock and that is a great thing as you can customize it to your liking. The only downside is that the tablet runs on Android 4.1.1 Jelly Bean in an era dominated by 4.2 and 4.3.

Performance
Since the tablet is priced at Rs. 13,000, let’s take a look and see how it compares to other devices in its price range.

The benchmark scores of the tablet are quite close to the Nexus 7 first generation and this is fair seeing that the hardware on both the devices is identical and the Xolo Play tab doesn’t have any skin overlaying it.

Starting with the touchscreen, it is good and responsive. Be it typing on the keyboard, navigating websites, playing games and more, the touchscreen responds to the slightest touch.

Sticking with the display, it has good viewing angles too. The only downside here is that the bezel around the display is thick which makes the display look smaller than it actually is. The 7-inch display has a resolution of 1280x800 pixels giving it 216ppi pixel density.

Speaking of games, all of them worked on the tablet. To put things into perspective, the performance of the games is the same that we have seen on the first generation Nexus. It will run all the games, but graphically heavy ones may see some load times and stutter after prolonged use. The Xolo Play Tab also got hot after playing Real Racing 3 for about an hour.

In terms of battery life, the Xolo Play Tab lasted for about 6.5 hours in our continuous video playback test. In the test, we ran a 720p MP4 movie on loop with the brightness and volume set at maximum. The Wi-Fi of the tablet was on as well.