The Mi Pad is the best tablet in its price range but it is not completely without flaws. Saying that, the flaws are not that intrusive and can be overlooked thanks to its affordable price. So, if you want a tablet just for entertainment purposes and don’t want to spend a fortune getting one, buy the Mi Pad.

Xiaomi recently launched its Mi Pad in the Indian market at a very reasonable price of Rs. 12,999. At that price, it tries to offer the performance of a Google Nexus 9 and the design of an iPad. To say the least, it does get away in both performance and looks. However, there are some rough areas which could have been avoided or just fixed in the nine months it took to come to India.

It tries to re-capture the praise the Mi 3 achieved a year ago. Mind you, it has a lot of ground to cover after the rather disappointing Mi 4. Xiaomi hasn't changed the recipe much with the Mi Pad; it's sold at an affordable price and has a flagship like spec sheet. On, paper everything looks promising but will it able to achieve what Mi 3 was able to? Let’s find out. 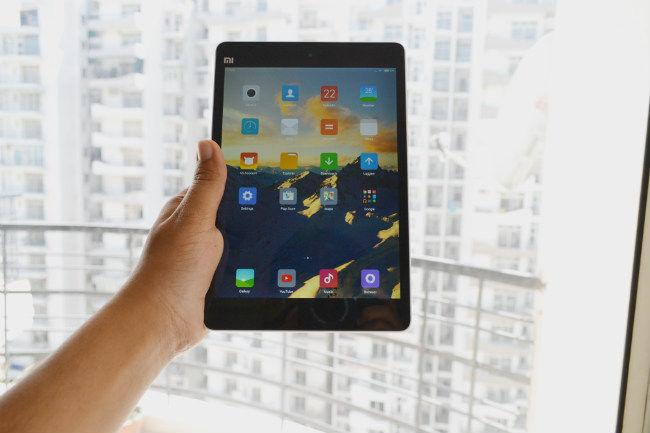 Starting with the design, the Mi Pad bears striking similarities with the Apple iPad Mini. The button placement on the right edge, USB port at the bottom and the speaker grill at the lower back have the same placement as on the iPad Mini. No wonder, Xiaomi is called the Apple of China. 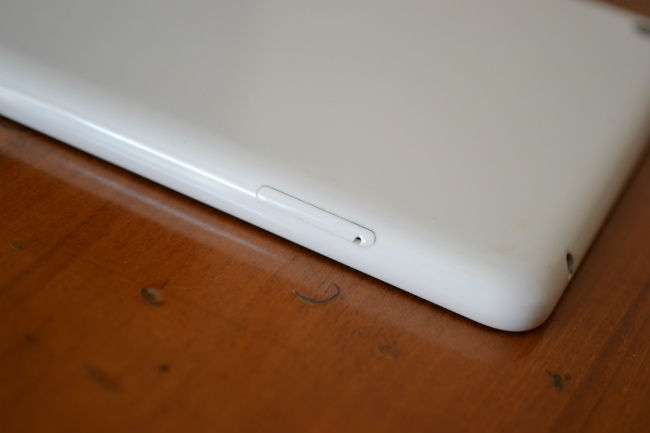 The story changes as we move to the build quality. While the iPad Mini has a brushed aluminium finish, the Mi Pad is all plastic. The back is made up of glossy plastic which is quite slippery. The tablet is slightly bulky, weighing 360 grams. Hence, one handed use is not recommended as the slippery back combined with the weight will lead to accidental drops. The display however does come with Gorilla Glass 3 protection.

The Mi Pad features a gorgeous 7.9-inch IPS display with a resolution of 2048 x 1536 pixels and very un-Android like 4:3 aspect ratio. Even though the display has good colour saturation and exceptional viewing angles, we felt it is a bit dim. Saying that, this might be the best display you can get at this price but certainly not comparable to the likes of an iPad Mini 3. Coming back to the 4:3 aspect ratio, it does affect almost all games with scaling issues. While Marvel: Contest of Champions looks okay even with scaling, Asphalt 8 does look out of place and almost all videos we tested played with letterboxing. 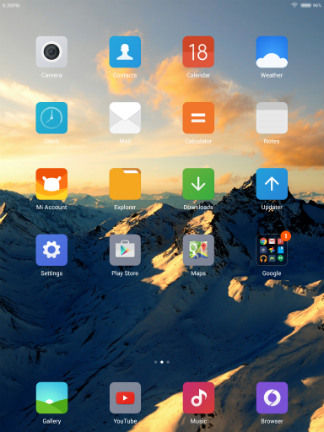 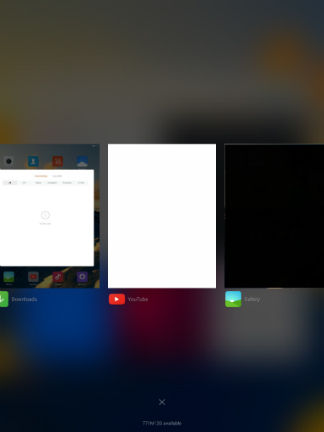 The tablet runs on Android 4.4 Kitkat with the usual MIUI on top of it. The latest MIUI 6 does bring a flatter design to Xiaomi devices which looks better than MIUI 5. Speaking of the UI, Xiaomi has skipped some of the MIUI features on the tablet. It doesn't get themes, security app, recorder, QR scanner, compass and the bug reporting tool.

Overall, the MIUI still looks much more refined and far more usable than other UIs in the market. The lack of a theme manager and security app does reduce the charm but at the end of the day it doesn't hinder the core functionality.

Taking a look at the performance, we found that the tablet could handle anything and everything we threw at it. The tablet had no issues opening multiple apps, playing Full HD content or just playing games like “The Walking Dead”. This is all because of Nvidia's Tegra K1 chip and its ULP GeForce Kepler (192 cores) GPU. 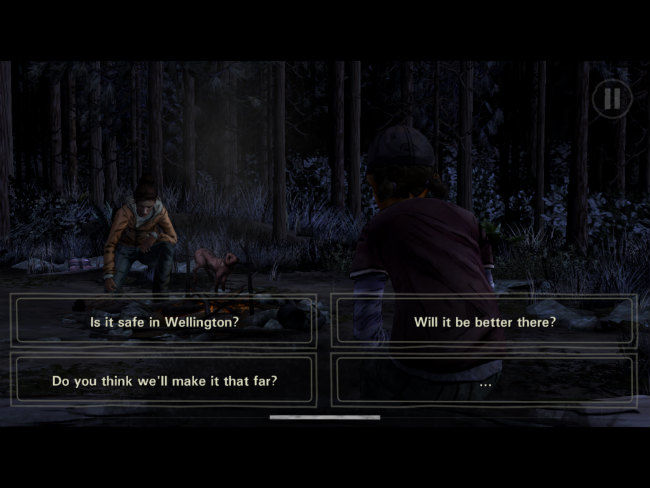 In the synthetic benchmarks the Mi Pad was able to score some outstanding scores. Take a look:

The tablet comes with 16GB of storage onboard which can be further upgraded via microSD cards of upto 128GB. The dual speakers are located on the lower bottom of the device but regardless, sound fairly loud even when the device is placed on its back. Sound quality via headphones is loud and crisp making it a good device for video content.

Now, we would like to talk about a couple of shortcomings we found. First of all coming back to the home screen from any heavy app takes a small amount of time (3 - 5 seconds). Another niggle we found was that every time we tried to open an app while streaming music in the background, the music paused. Now these glitches could be fixed via a software update and may not be a dealbreaker for some, but we believe these glitches are still notable. 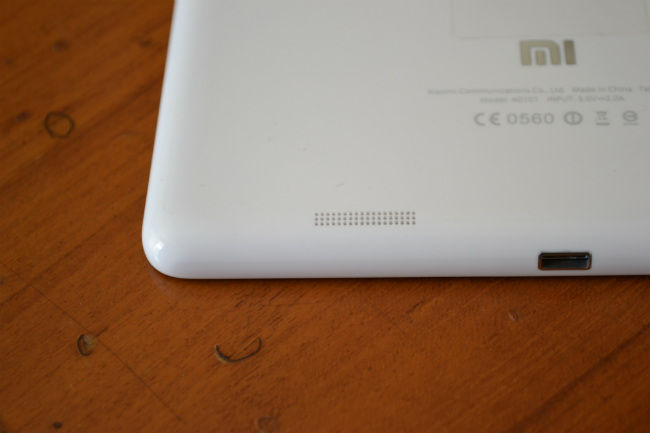 At the end of the day, in our rigorous testing, we found that the tablet is an excellent performer but this over-enthusiastic performance does leave it blazing hot. An hour of gaming made the heat almost unbearable. Other than that, 3G / 4G capabilities are not included, but we would have loved a device this powerful with SIM capabilities.

Like we said earlier the tablet is a performance beast and this performance does heat the tablet up. This also has an adverse effect on the battery, as in an hour of gaming the tablet lost almost 25% of its charge which is not good by any standard. However, in minor tasks like playing video content, browsing the web or just reading a book, the battery easily lasted us a day. In conclusion, with moderate use the tablet will easily give 11 to 12 hours of battery life. 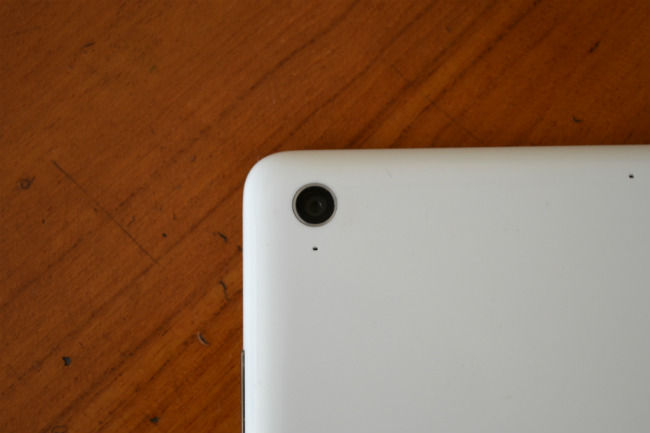 The camera on the MiPad is a good for shooting occasional pictures and recording 1080p videos. The 8MP sensor in the MiPad takes pretty good pics in normal day light and in well-lit environments.Having said that, the images from MiPad bare excessive noise, which negatively impacts its performance in low-light situations. You will struggle to take good pics with the MiPad in low-light environments.

The Mi Pad has set a new benchmark when it comes to raw performance. The screen resolution is the best available in the budget segment. But besides these two massive plus points, the Mi Pad is essentially a budget segment tablet. So, if you are in the market and need a tablet to consume content or for entertainment purposes, the Mi Pad is the right choice.