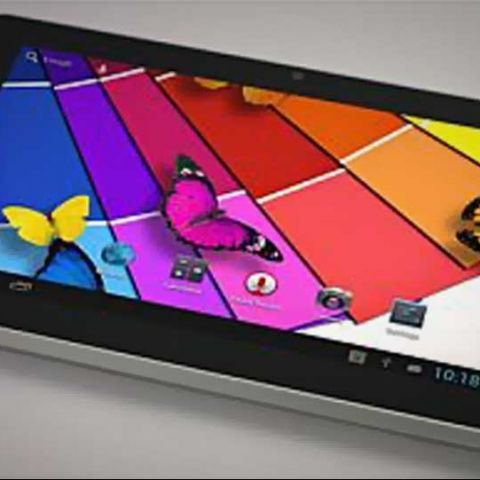 The WickedLeak Wammy Desire is definitely worth it for a budget of around Rs. 7,000. It has some impressive power under the hood, runs on Jelly Bean, and has a very appealing design. Itï¿½s very well built too. The only shortcomings of the tablet are the speakers and the battery life. If you want a tablet that will give you a very long battery life and don't mind compromising on the power under the hood, then you are better off looking at the Zen Ultratab A100, the Lava E-Tab or one of the 7-inch tablets from Zync and iberry. But if you want a powerhouse of a tablet and don't mind that the juice will run out in under 4 hours, then the Wammy Desire is the one for you.

If you are in the market to pick up a budget tablet in India, you can be assured of some basics - Android 4.0 ICS, a 7-inch display, 1GHz processor, 512MB RAM, 4GB internal storage and some decent connectivity options.

Today, we have with us the WickedLeak Wammy Desire, which not only boasts of the best specs we have at this price point, but also runs on Android 4.1 Jelly Bean. Is it the ideal budget tablet, or is this dream too good to be true!

Design and Build
At first glance, the WickedLeak Wammy Desire (yes, that is the name of the tablet) doesn’t look like your average 7-inch budget tablet. We have seen the likes of the Lava E-Tab, Zen Ultratab A100, HCL Me Tab Y2, Zync Z999 Plus, iberry Auxus AX02 and more and they all have certain characteristics that place them on the same panel.

The Wammy Desire on the other hands looks and feels a lot more like a 7-inch in car navigation system. It’s quite heavy to hold when compared to the competition and the screen has a black border surrounding it. The edge of the display has a nice silver matte finish to it which is very reminiscent of in-car navigation systems that we have seen. Apart from the front facing camera, there is nothing on the face of the device making it look really elegant.

The rear of the WickedLeak Wammy Desire is textured and white in colour giving it a premium feel and the device is well encased giving it a unibody look.

In terms of connectivity, the WickedLeak Wammy Desire feels like we are driving an American car (steering on the wrong side) in India. The layout of the ports is quite different when compared to the other tablets in the same category. When held in landscape mode, the right of the tablet has the HDMI out, micro USB port and the charging port. Next to the charging port, on the rear panel of the device we have a flap that can be removed to reveal the microSD card slot. The left of the Desire has the headphones jack along with the volume rocker and the power/sleep wake button.

Overall, the design of the Wammy Desire tablet is fantastic and quite premium when compared to the competition at hand. It is slightly on the heavier side, but that isn’t a very bad thing.

Features and Specifications
Very few ICS based budget tablets boast of an upgrade to Android 4.1 and the upgrade seems to be a distant dream for budget tablet users. Not any more! The Wammy Desire runs on Android 4.1 Jelly Bean straight out of the box and this is a very good thing.

The WickedLeak Wammy Desire’s UI features are pretty standard to Jelly Bean. From the lock screen directly, you can unlock the device, access the camera directly or go to Google Now.

The rest of the WickedLeak Wammy Desire’s interface is pretty much the same. You have access to five customizable home screens that you can load with widgets and apps. The Wammy Desire doesn't come preloaded with any apps but you do have access to the Google play store for all your app needs.

The specifications under the hood too are the best we have seen when compared to any other tablet for which you will pay a mere Rs. 7,000. It has a dual-core 1.5GHz processor, 1GB of RAM, 400 Mali quad-core GPU, 3000 mAh battery, 1.3MP front facing camera, 8GB internal storage expandable up to 32GB via a microSD card, and 3G connectivity via a USB dongle. The device compromises on Bluetooth connectivity.

Performance
Until now, in terms of build quality, features and specifications, the WickedLeak Wammy Desire has been pretty impressive. So it’s natural that we think that the performance of the device would be decent as well right? Well, for the most part it was so let us get the worst out of the way first. On the second day of using the tablet, the day we actually put it through the benchmarks, the device hung a lot and didn't respond to any touch. We tried to run a few benchmarks and the scores were appalling considering the power under the hood.

We left it to discharge and returned the next day and powered it up; Voila! It’s like the Wammy Desire was cured by the tooth fairy or something. It worked smooth as butter and it should considering it runs Android 4.1 straight out of the box whose most attractive feature was Project Butter.

Let’s start with the raw performance of the tablet. Its startup is pretty slow clocking a minute and a half, but once it’s running there’s no stopping this beast. The first thought that will come to your mind while using the tablet is that it is really fast and smooth. And that's saying a lot considering the price of the device is a mere Rs. 6,800.

The display of the device on the other hand is where the device falls a bit short. The touchscreen is capacitive in nature but the response to touch is a mixed bag. Sometimes it responded to a feather touch, at others it refused to acknowledge the finger. Luckily, the device comes with a stylus that has a soft rubbery tip. Using the stylus makes the device easier to use but in our books the device looses points for the stylus, as a capacitive screen should be great to use without it.

All is not bad with the WickedLeak Wammy Desire’s display though. The colour representation on the screen is fantastic even though the viewing angles are limited. Watching videos is pleasant experience. Reading text however was average. The web pages loaded nicely, but reading the text after some time got a bit jarring. The resolution of the 7-inch display is just barely acceptable at 480x800 pixels.

The Wammy Desire ran all the videos we threw at it with absolute ease. You shouldn't face any problems with video formats. We even ran a1080p mkv file and navigating on the video’s timeline was butter smooth.

The same however cannot be said about the WickedLeak Wammy Desire’s inbuilt speaker. While running apps it was loud, but screechy. For videos and mp3 files, the audio output was low.

In terms of the benchmarks, the device not only blew every other 7-inch budget tablet out the window, but for its price point, it kills the competition hands down. Here are some benchmark comparisons between the Wammy Desire and the Zync Z999 Plus, Micromax Funbook Pro and the Lava E-Tab.

From the above benchmark comparisons, it is clear that the Wammy Desire is a performance powerhouse. However, it must be noted that the SmartBench benchmark is not compatible with this device.

The keyboard on the WickedLeak Wammy Desire is as good or as bad as the Lava E-Tab. Typing on the device is an average experience. The absence of a SIM card isn’t missed on the device and if you need to access the Internet on the go, you will have to use a USB dongle. The tablet doesn't have a full sized USB port so you will have to use a microUSB to full USB convertor making the experience quite messy.

Playing games on the Wammy Desire was a fun experience. We played a bit of Angry Birds Star Wars and some Shadow Gun and though both the games ran smoothly, there are those moments when the touchscreen refused to respond adding to some frustration. But these moments were far and few to hamper the experience.

Bottom Line
For a budget of around Rs. 7,000 this tablet is definitely worth it. It has some impressive power under the hood and a very appealing design. It’s very well built too. The only shortcomings of the tablet are the speakers and the battery life. If you want a tablet that will give you a very long battery life and don't mind compromising on the power under the hood, then you are better off looking at the Zen Ultratab A100, the Lava E-Tab or one of the 7-inch tablets from Zync and iberry. But if you want a powerhouse of a tablet and don't mind that the juice will run out in under 4 hours, then the Wammy Desire is the one for you.