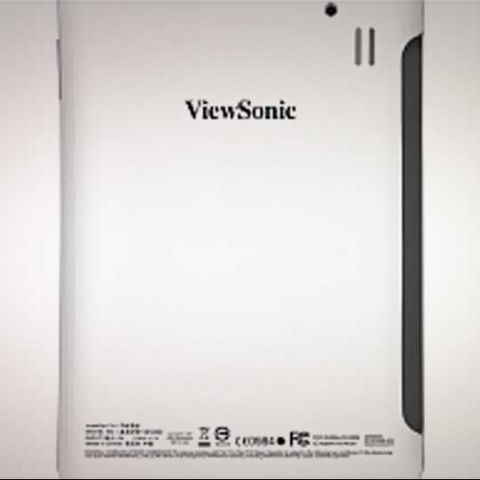 For a price of around Rs. 13,000, there is no denying that this is an extremely affordable tablet, targeted at the demographic that is willing to spend on a device that is one level above the basic category. It is built better than some of the competing products in the market, and carries the retro-ish design quite well. However, it is let down by a sluggish UI and the fact that access to Android Market has been removed.

The ViewPad 7e is a tablet that definitely looks more expensive than it actually is. And that is quite an achievement, considering it is competing against tablets that look their price.

The 7-inch display of the ViewPad 7e is bordered by a pretty thick bezel, something that could’ve been thinner. Not only would that have helped in making the tablet less thick, it would’ve helped immensely with the ability to hold and use to a certain extent with one hand. Having said that, we must say that the tablet 15.5mm thickness may not be able to match the likes of the Blackberry Playbook, but is quite manageable.

Below the display, in what seems to be oodles of empty bezel space are four retro looking buttons - Home, Menu, Return and Search. The power key and volume rocker are on the right spine, while the memory card slot is on the left spine. On the top are the mini HDMI, USB port and charging point. Optimally placed 3.5mm headphone jack on the spine below the display. Flip the tablet over and the camera is on the top, with the speaker to the right side of it, designed in a two parallel lines.

While it is mostly plastic, the material used is quite good quality. There seem to be no rough edges anywhere. Not the lightest tablet around but is very comfortable to use still. We would have preferred a slightly less wide tablet, something that can easily be done by slimming down the area around the display.

Visit next page to read ViewPad 7e's features, performance and our final verdict...

The ViewPad 7e is powered by an ARM A8 processor clocking at 1GHz, paired with 512MB of RAM. This tablet did very well in the performance benchmark tests - Quadrant, AnTuTu and LinPack. Incidentally, the ViewPad 7e has the quickest startup time among all tablets this side of Rs 20,000. Despite having the PowerVR SGX 540 graphics, the GLBenchmark test continuously did not give out a score. Just to double check, we checked out a few games and the experience was smooth, with no stutters or slow frame rates.

This is a Wi-Fi only device, with no SIM card slot for 3G or EDGE connectivity. With 4GB storage on board and a microSD slot capable of taking 32GB mode, the ViewPad will not run short of storage space in probably most of the heavy usage scenarios as well.

The 7-inch display has a resolution of 800x600 pixels. The viewing angle was surprisingly good, thanks to the matte display. We quite liked the colour depth, considering it was at par, if not slightly more, than most of the rivals. Video playback was quite satisfactory as well, with the only issue being a bit of distortion in very fast moving visuals. Text is very crisp, comfortable to read even at a pretty tiny font size. This was particularly useful when we were checking out some ebooks and browsing some web pages. While the brightness level is quite okay, turning it up beyond 50% does see the colours getting a bit washed out.

This tablet comes with Android 2.3, and unlike in the past when Viewsonic dabbled with the idea of Android and Windows on the same tablet, this one has been kept simple. Viewsonic have preloaded this tablet with two home screen options. Apart from the standard home screen, there is a Viewsonic 3D launcher as well. Unfortunately, while it attempts to bring a visual punch to the user interface experience, the sluggishness of it will turn anyone off. Pressing the home key throws up the option of using this 3D Launcher or the standard screen. Before moving on, let us crib about the fact that this tends to slow down the process of navigating at most times. Moving on, the 3D interface has a mind of its own. While it isn't the 3D as in your would need 3D glasses, the whole gamut of cubes and rotating screens and widgets tends to give that illusion. Despite a 1GHz processor, the launcher has a mind of its own. There are times when it refuses to respond, and when it does, it’ll suddenly do everything at breakneck speed. Flicking between the home screens gives you an idea of how inconsistent the 3D launcher’s experience is. We think you’ll be better off sticking with the standard home screen.

The inclusion of a mini HDMI port means you can connect this tablet to any flat panel television and enjoy movies or gaming on a much bigger display. Among the three closest rivals, the iBall Slide and the Blackberry Playbook have HDMI connectivity, but the Reliance 3G Tab misses out.

Speaking of apps, we had received the ViewPad 7e with full access to Android Market, just like every other tablet in this price category - Reliance 3G Tab, iBall Slide and even the much less expensive alternatives - the Mercury MTab and the Beetel Magiq series. However, during the testing period, we saw the notification for a system update. This was a 320MB firmware update, and post install, we noticed that access to Android Market has been removed. Instead, you now have access to 1Mobile Market and ViewApps. Quite frankly, this just doesn’t cut it at all. Quite clearly, Viewsonic live under the wrong impression that none of the budget tablets offer access to the original Android Market. There is absolutely no way that these two alternative app stores will never reach the level and quality of the original Market. What is the purpose of an Android tablet that doesn’t allow Market access to it? Unless you are a company the size of Amazon Inc. and have an equally competent Amazon Marketplace backing the Kindle Fire.

The 3MP primary camera is good only for the casual snap here and there, depending largely on good lighting conditions for the image to be satisfactory. Most images will be noisy, in anything other than good ambient lighting. Not too many camera tweaks on offer as well. There is also a 0.3MP camera for video calls.

The 3300mAh battery is capable of about 4 hours - 5 hours of continuous video playback, which is quite satisfactory. Under most usage scenarios, this should last at least 3-4 days on a single charge.

The ViewPad 7e is here to take on the likes of the iBall Slide and the Reliance 3G Tablet. And it looks smartly dressed while doing it. However, while it has much better overall performance, it is badly let down by the removal of access to the original Android Market. Buying an Android tablet without that is like buying a BMW M3 with features like Park Control Assist and iDrive features turned off. You know that they should be there, but have no access to them. If this puts you off as much as it put us off, you can consider the iBall Slide or the Reliance 3G Tab. Or even the Blackberry Playbook, since it is now in this price bracket as well.

Visit next page to check out the ViewSonic ViewPad 7e's test scores, and specifications...